A Dozen Amishmen Collect Ice From A Frozen Pond (14 Photos)

These near-perfect photos by David Marvitz almost look like something staged or taken from a film. Actually, the scenes remind me of some of Bill Coleman’s masterpiece photos taken in the Big Valley of central PA, which have a similar quality. But these are real Amish at work – cutting and collecting ice in the Hazleton, Iowa community. 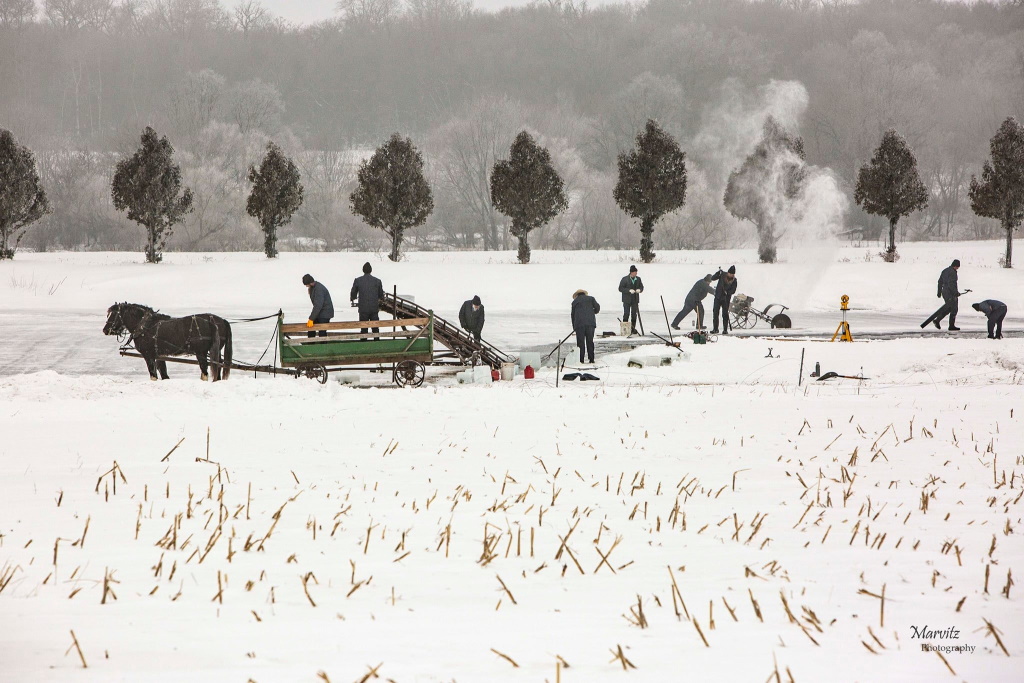 The ice will be used for cooling in the iceboxes and ice houses of this plain group (a common means of refrigeration in the more traditional Amish circles). 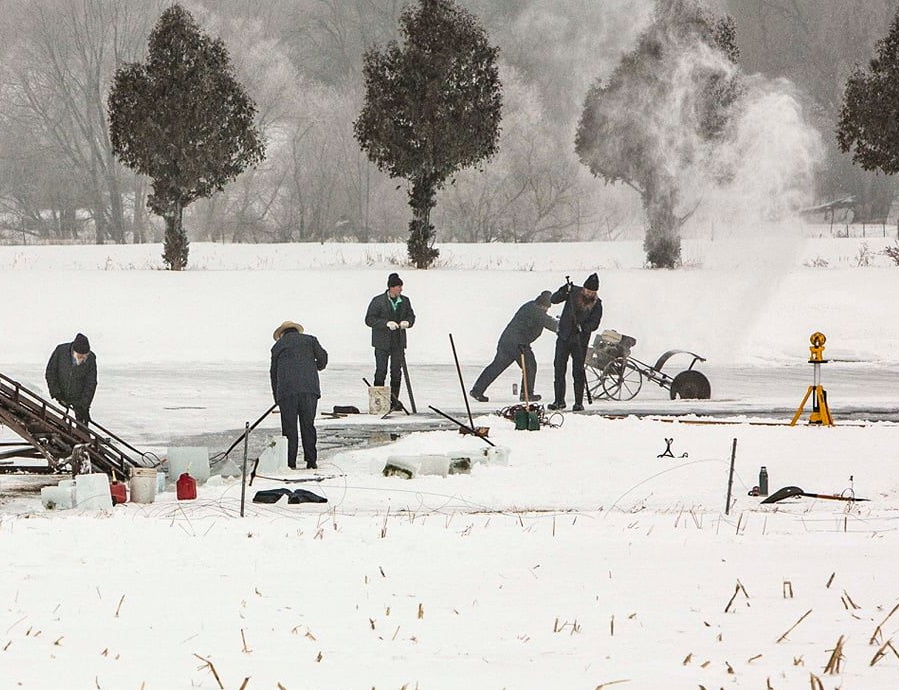 We actually saw a previous post on this same process, in this same community, in 2018. David was also responsible for those photos, which were featured in a local news article. He explained at the time that he has a close relationship with the local Amish community, and that they invited him to take the photographs. Here’s a photo, which appears to be from the same vantage point, from 2018: 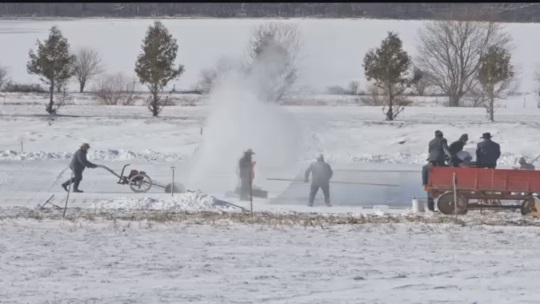 I think he has really outdone himself with these shots however. 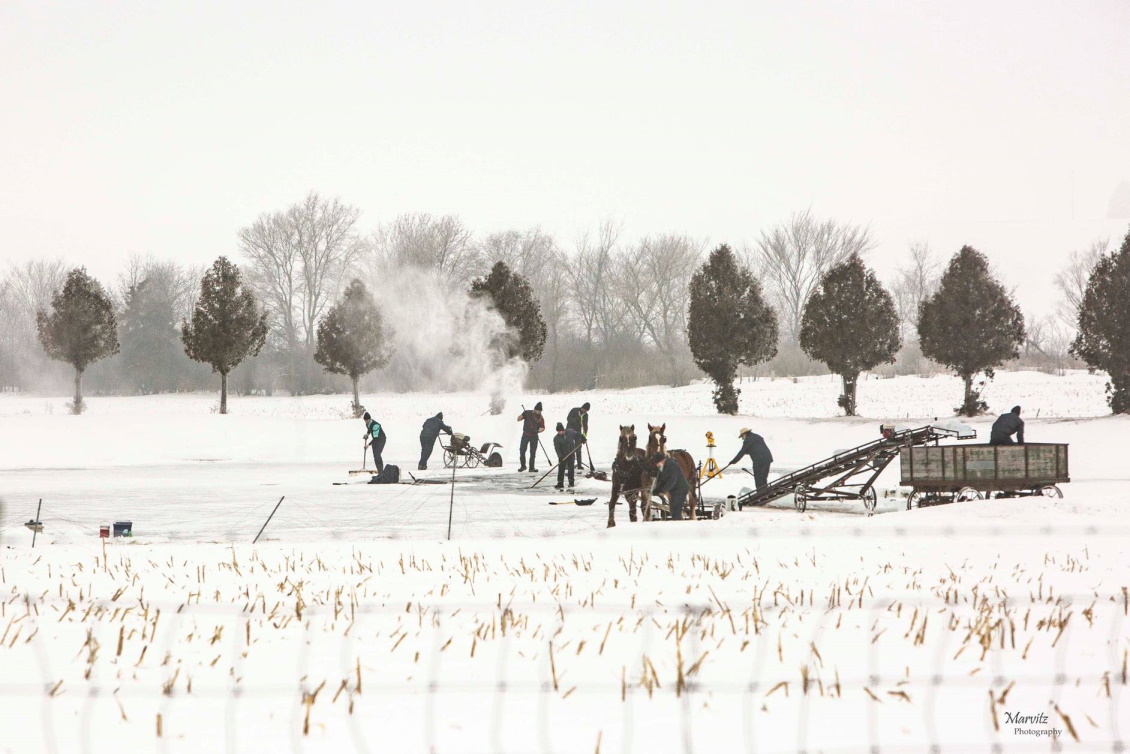 This latest batch of photos were taken back on February 4th. David writes:

Monday night I got a call from a friend of mine in Washington State and she told me they were cutting ice on another pond in Hazleton, Iowa. So I left Waterloo at 7:00 AM to be there when they started. It was hard to photograph because it was so foggy heavy and had a fog mist like fine snow that was making it hard to focus but I got it to work. I’m setting in my car on the road and the pond is almost a block away. This same pond I photograph in 2018 and it was 22 below that day. Today it was 22 above while I was getting these images. With a dozen men working at it they filled 3 wagons (2 layers) full in a ½ hour. 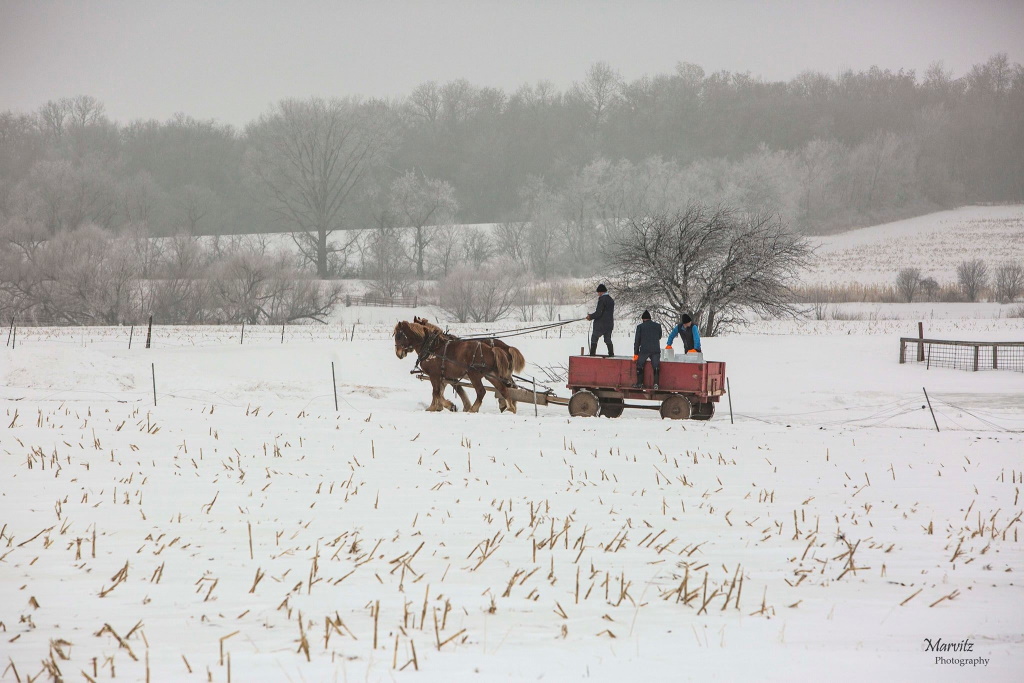 One thing you don’t see too well in this latest group of photos are the tools the men are using. Here are a couple of the 2018 shots showing those. First, tongs: 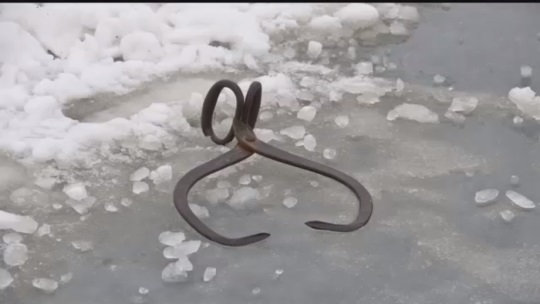 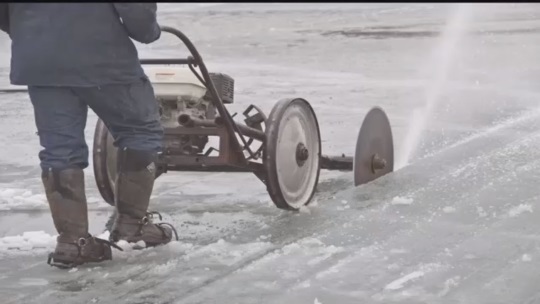 You can read more about the process at that post. We’ve also got posts on Amish ice harvests in other states, including Ohio, New York, and Wisconsin.

And while we’re at it, let’s have a look at an ice house. Here are a couple of images of one from a previous post via Tom in NY: 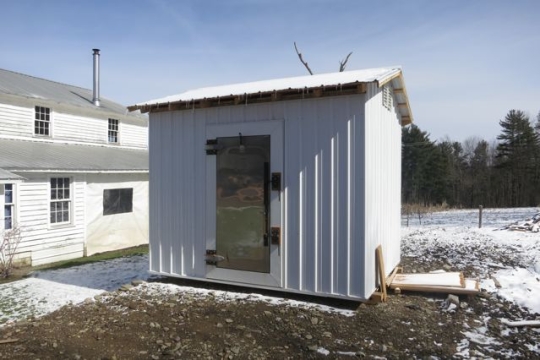 Here you see the ice blocks stacked up inside, set to provide refrigeration for months to come. That’s yogurt inside, and a pack of hot dogs: 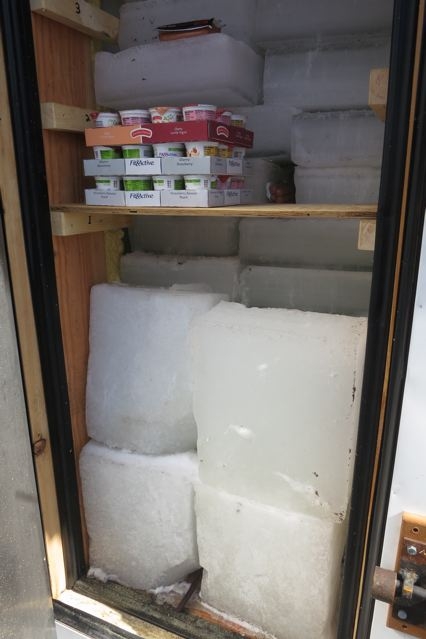 And another view from this month’s harvest: 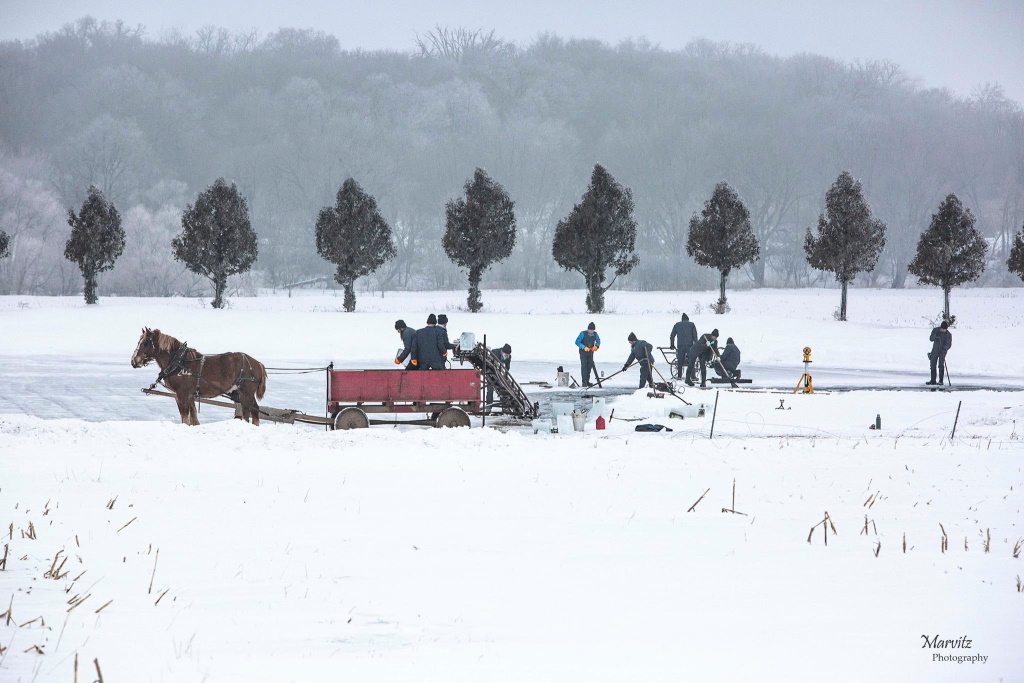 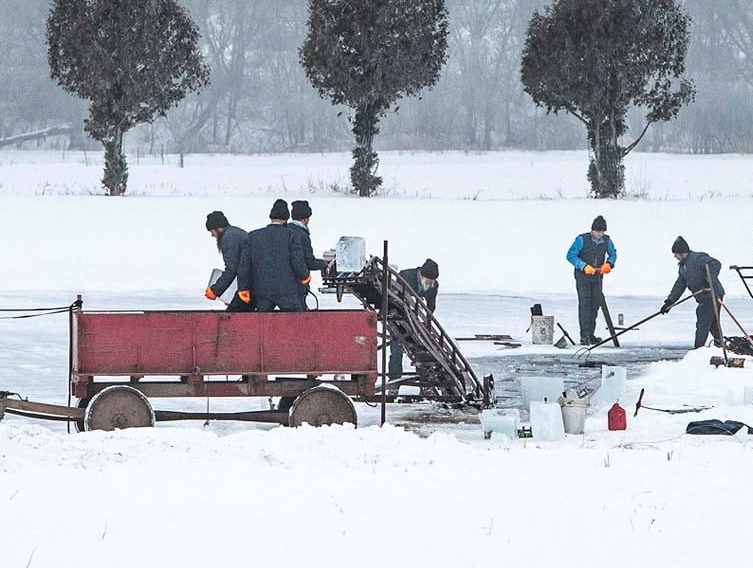 See the rest of the photos (14 total) and full-size versions at David Marvitz’s post. Hat tip to Linda.