I’m calling it “Amish” in the title, though that’s not totally accurate. More of the participants were probably non-Amish, though there were quite a few Amish riders as well, and a heavily Amish crowd.

Riders perform each Monday in the spring and summer, but as I understood it the August 27 event at Hill Brook Farm Arena was the highlight show of the season.  I was able to stay for 3 or 4 of the evening’s competitions. I’ve already shown you a bit of the egg and spoon race.  How about a few more photos.

First, I suppose every rodeo needs a clown. This guy rode around on a number of vehicles, and generally behaved, well, clowny. 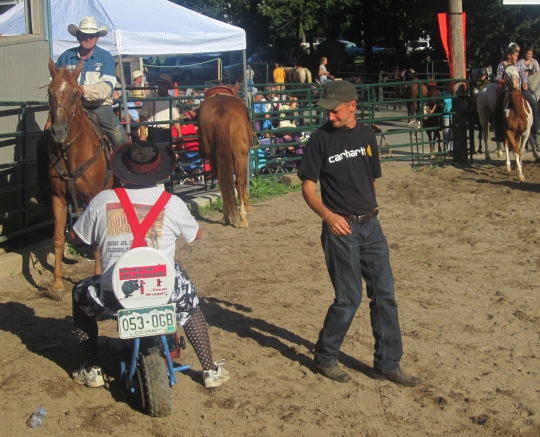 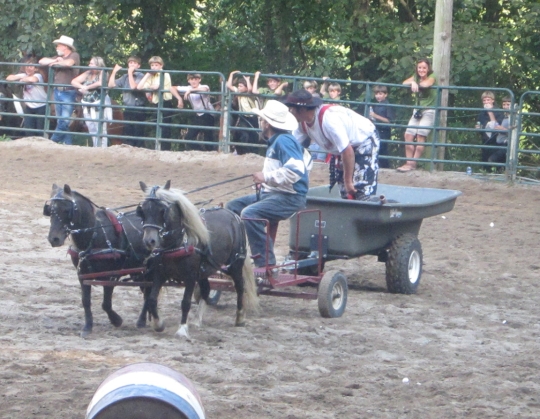 I forgot the name of this event [-it’s “barrel racing”, thanks Britt], but it’s a pretty simple one. Riders had to loop around 3 barrels in succession, and then race to cross the finish line in the fastest time. 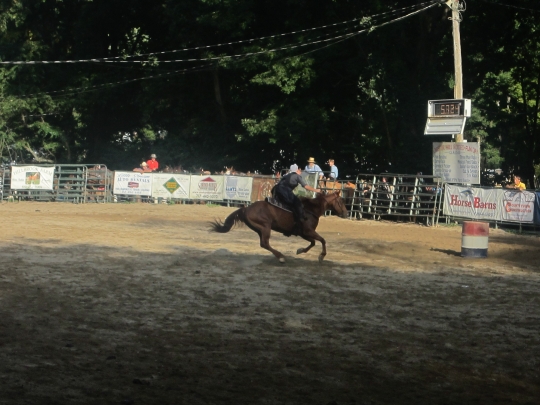 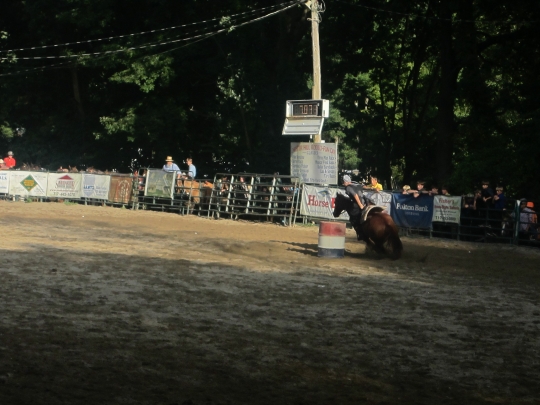 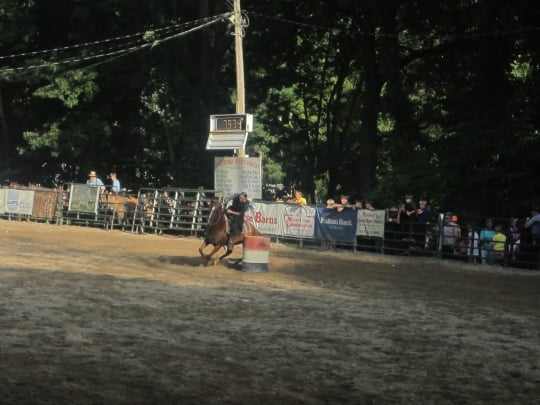 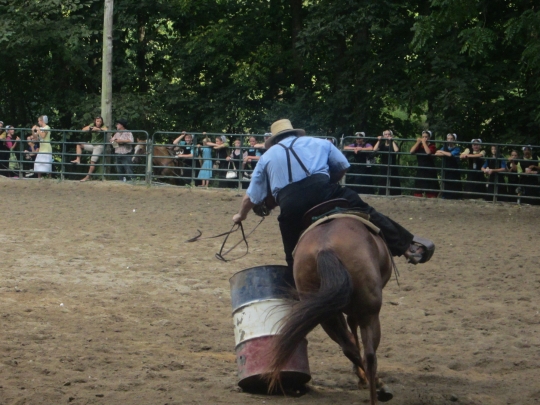 The kids were all called out at one point, though I’m not exactly sure why. 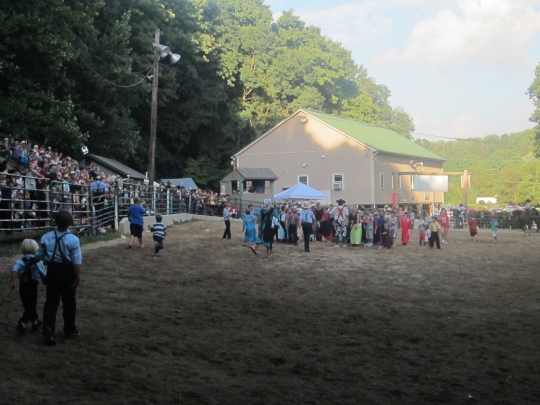 My favorite event was probably the cattle pen, or was it cattle herd.  No matter. The young bovines were marked with numbers (three of each number, 0-6). Three riders would attempt to pen all the animals of a given number (the announcer would call the number out just as they were approaching the herd). The fastest to get all three penned won.

Here’s the clown fooling around again before the next team gets started. 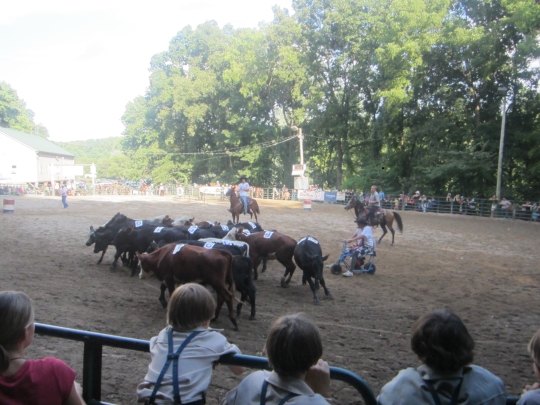 It took true skill to pinpoint and separate the excitable beasts from their companions. 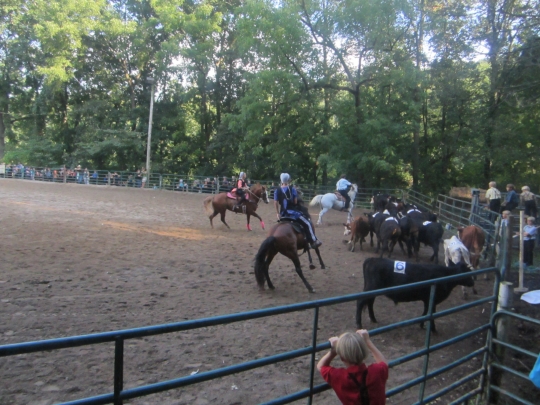 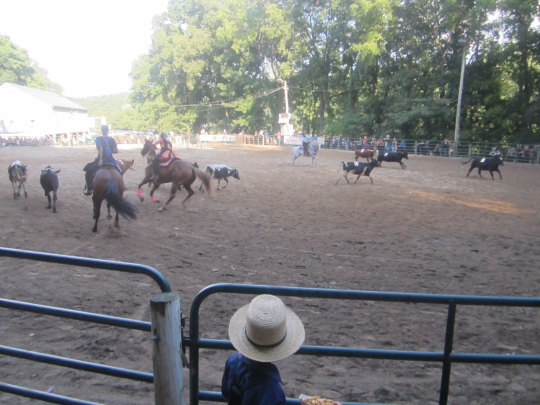 Another gang having at it. 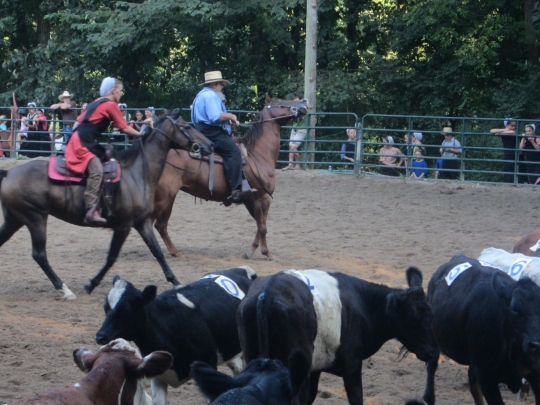 Often the riders would get one with the wrong number and have to nudge it back and try again. You could also be disqualified if wrong-numbered animals made it back to the pen side of the arena. 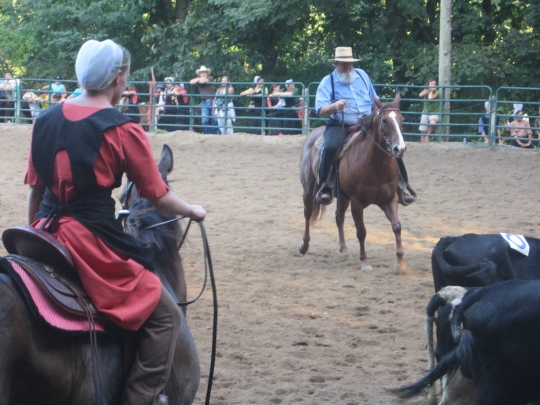 Here’s what you wanted things to look like in the end. Nice job, guys. 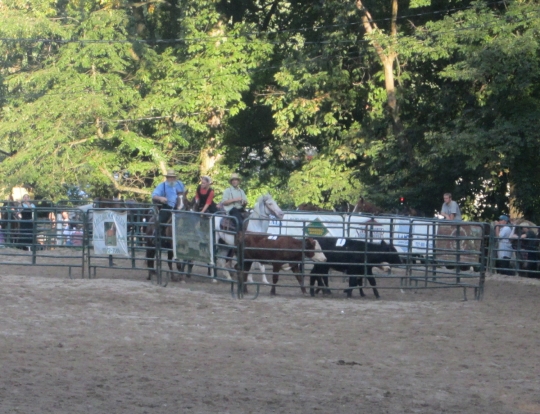