You’re never too old to throw a snowball, right? 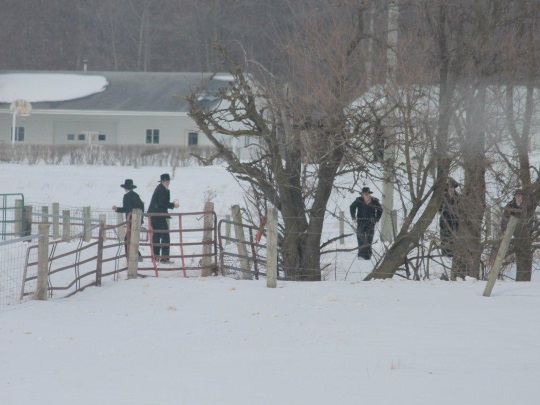 On the lighter side of things, the photos here are from a snowball fight that broke out among Amish youth somewhere in northern Indiana. 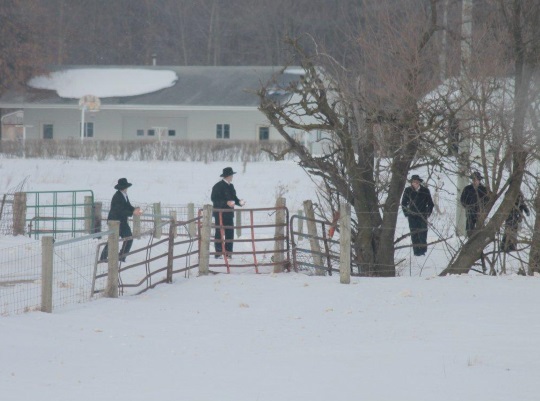 The photographer writes: “A youth was joining church today in our district and there were a number of other youth visiting.” 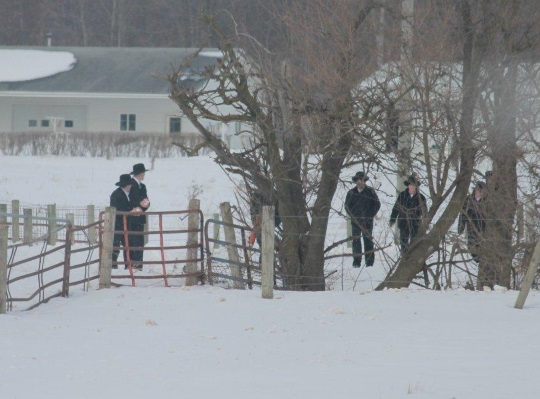 “A snowball fight ensued on their walk past our house.” 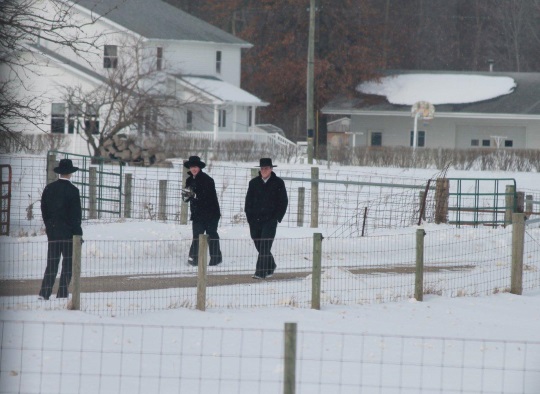 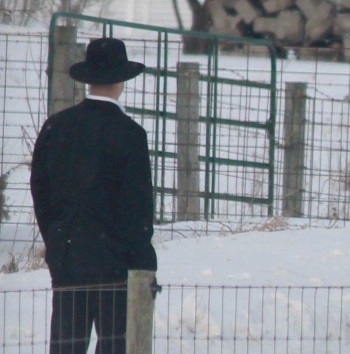 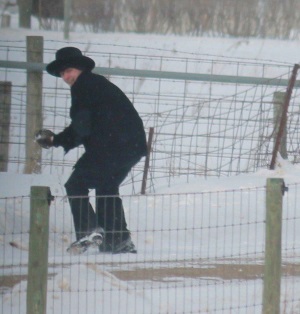 Later, two turn on the jets. 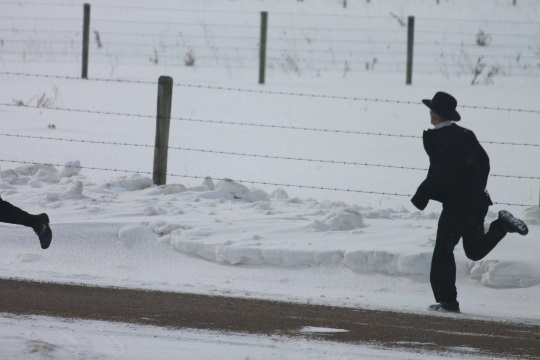 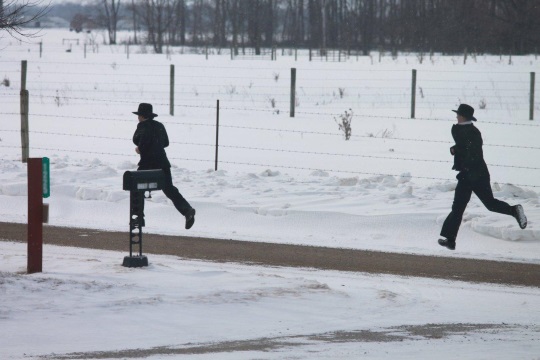 The guy in front here must have given the other a good reason to chase him. By the looks of the photos it goes on for a while. 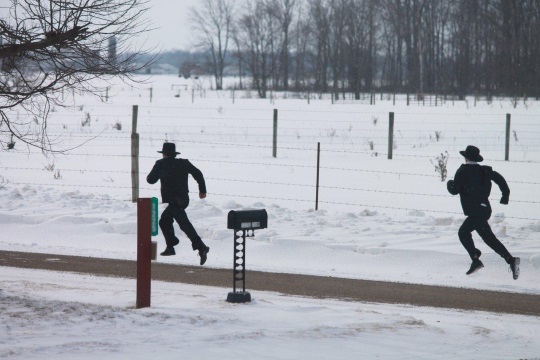 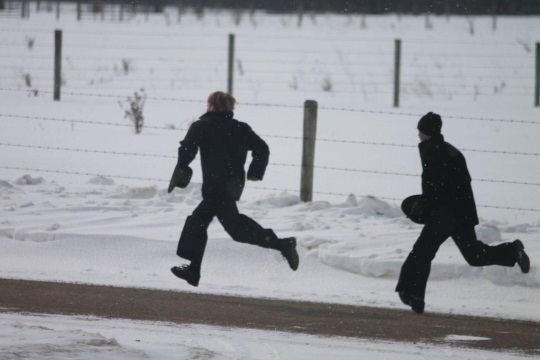 On a recent flight into snow-covered Chicago, the passenger next to me admitted he’d never seen snow before (he was from Saudi Arabia).

He was eagerly looking forward to his first experience with the fluffy white stuff. No doubt he would be one of the few adults in the entire city that day happy to see it.

As tired of snow (or really, any everyday nuisance) as we might become, there are always two ways of looking at things.

In short, when life gives you snow, make snowballs.