Rumspringa: To be or not to be Amish got a lot of attention when it was released in the spring of 2006, with media such as the Wall Street Journal calling it a ‘wonderfully rich portrait and history of the Amish as a people and a faith.’

Rumspringa is also, and primarily, an on-the-scene look at a crucial period of Amish adolescence.

Tom Shachtman was kind enough to share some of his thoughts recently with the blog.  Look for his answers to Rumspringa-related questions below.

Tom will be appearing at the Moravian Bookshop in Bethlehem, PA on May 17th for a Rumspringa signing and discussion.  If you’re able, I would definitely swing by–would be a great chance to learn more.

I hope you enjoy the Q-and-A and thanks again to Tom for taking the time. 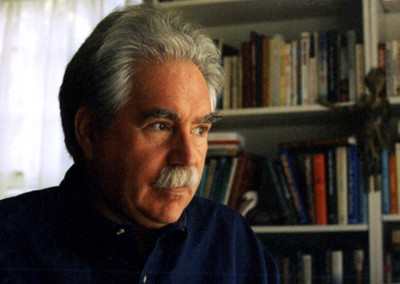 Amish America: You’ve written on a wide range of topics over the years, from the stock market crash to the science of cold to the R.J. Reynolds tobacco dynasty.  Was your general approach to this work on the Amish different, and if so, how?  Where there any challenges unique to writing Rumspringa?

Tom Shachtman: The book of mine that is closest in character to Rumspringa is Around the Block, a study of a single block in Manhattan over the course of a year.  For it, I interviewed a lot of people who had never been interviewed before, and they told me a great deal about their lives; I carried that approach over to Rumspringa.  In everything that I write about, I try to find ways to convey my own interest in, really fascination with, my subject.  My task with Rumspringa was to make the Amish and their experience relevant to and understandable by people who are not Amish.

AA: In your interview of March 15, 2006 with Publishers Weekly, you were asked if anyone in the Amish community would read Rumspringa.  You answered ‘probably not.’  Have you in fact, gotten any feedback that members of Amish society, in particular baptized adults, have read Rumspringa?  If so, do you have any idea of their reaction to it?

TS: I have had very little feedback from the community of baptized adults, and while I did not expect much, I nonetheless took it as my task to do what I would have done if (as with the interviewees of Around the Block) all the Amish were to read it, that is, properly represent their society to the wider public.  To do so was the unvoiced quid pro quo of their granting me access to their lives and thoughts, and therefore a promise I needed to keep.  One small example: some young interviewees were intent on peppering their conversation with obscenities – and in the finished versions in the text I deleted the expletives so that I wouldn’t offend any possible Amish readers.

I would hope that those baptized Amish who did read the book would conclude that I presented them and their views fairly.

AA: In Rumspringa, you focused primarily on the three largest settlements–northern Indiana, Lancaster County, and Holmes County, Ohio.  What were the primary differences you noticed between these communities, if there were any?  In which community did you find local Amish most open and cooperative to what you were doing?  If there was a difference, do you have any insights as to why?

TS: The Pennsylvania communities were perhaps the most suspicious of outsiders, which I attribute to them being the most visited (and perhaps the most exploited); I was welcomed in all three areas, for the most part because I had introductions – people who more-or-less vouched for me — but also because I did my homework, so that my interviewees didn’t have to tell me things about their lifestyle and their beliefs that I already knew.  My experiences varied also because I had different types of people introducing me in the several communities. 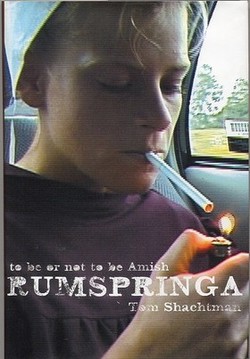 AA: In another interview that you did with National Public Radio in June of 2006, a caller named Melvin raises the issue of Amish kids in Rumspringa dying while engaged in risky behaviors such as driving or experimenting with drugs.  I spent the summer of 2006 in the northern Indiana community and recall one particular incident where a young Amish driver attempted to pass in an area where he clearly shouldn’t have, resulting in a head-on collision and his and the other driver’s deaths.  These are the types of incidents, perhaps not uncommon in the general population, that capture a disproportionate share of the public’s attention and draw criticism to the practice.

TS: You are absolutely correct on that.

AA: Among the communities you visited, did you notice significant anti-Rumspringa counter-currents among the adult population?  I’m thinking of things like, for example, the New Order Amish emphasis on clean living (i.e. ‘no bundling’ (bed courtship), tobacco use,etc.)?  Did you sense animosity between individual families or churches that perhaps took differing stances on the issue?

TS: I certainly wouldn’t call it animosity.  There are differences between Beachy and New Order and Old Order and various Mennonite groups, and as in all religions where differences exist – doctrinal or in lifestyle — those are the points that are emphasized as a way of separating group A from group B, often with thunder from the pulpit; but in general, in the communities I visited, there is a ‘live-and-let-live’ attitude toward the Old Order.

On the obverse side, I had a long discussion with one Old Order elder who worried about the children who were leaving the church, worried about their religiosity; I pointed out to him that the apples were not falling far from the tree, that the drop-outs or opt-outs were in large measure becoming Baptists whose allegiance to a Protestant theology was quite similar to that of the Old Order.  He should not be so worried, I said, at least not on the point of the children’s religious beliefs.

As the percentage of Old Order Amish who are involved in farming and in the rural life shrinks, it will become apparent to new generations of Old Order Amish that they can maintain their religious base and their purity and a good deal of their lifestyle while accepting some more aspects of modern technology, which may bring them, in effect, closer to the points of view of the Beachy and New Order.

AA: Certain elders and adults spoke with you and offered their input on the book, as well as numerous youth.  How difficult was it to win their trust, particularly that of the adults?  How did you overcome the possible fear that you might portray Rumspringa in a sensationalized manner–which in fact the book clearly does not do?

TS: Everyone who spoke with me was taking a gamble that I would be as good as my word, that I would portray them honestly.  I was refused interviews by several adults (to whom I had introductions from friends) who feared that I would be as exploitative as the ‘Amish in the City’ program – but this was a minority of adults whom I approached.  Most of the youth were quite vocal. 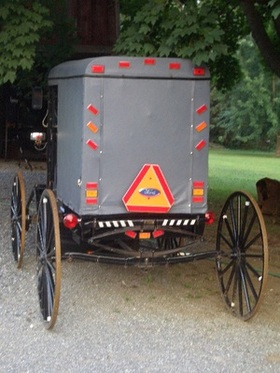 AA: I’m thinking of one particular Ohio church district I know of where the numbers we often hear—with 80-90% of Amish youth choosing the Amish path–actually ran the other way, as over a number of years in this district the vast majority chose not to be Amish. This was quite a large amount of youth, and I do not have an explanation as to why, but imagine that there may have been some significant event that precipitated this trend.

You speak of the risk that Amish parents face in allowing their children a Rumspringa period, but also point out that it is a certain type of inoculation—a taste of the world, ‘the vaccine of a little worldly experience’ as you put it.  Did you come across any localized instances where, let’s say, things ‘backfired’, Rumspringa-age youth left the faith, and by their example took a lot of others with them?

TS: In order for a young Rumspringa person to leave the fold completely, he or she needs a mentor and path-finder on the outside.  Older siblings, cousins, the grown-up children of neighbors perform this function – and where there are a great many of these, the losses can be considerable.  I’m thinking of one family in particular where the oldest child insisted on going to high school and then on to college, and he set the mold for most (though not all) of his younger siblings to leave and not come back.

AA: Finally, it’s been my observation that the most impassioned critics of the Amish tend to be those that live nearest to them—in terms of physical proximity or, for example, among those that are spiritually ‘close’, coming from theologically-related but at least nominally different religious groups—for example members of other Anabaptist-rooted groups.

AA: On the other hand, it seems that those that observe them from a distance tend to be the ones most likely to romanticize the Amish culture, and less likely to see a problem in certain cultural practices.  Do you find this observation to be true?

TS: Also true.  Romanticization is a bad basis for relationships; rose-colored glasses are more opaque than they need to be.  You can admire the Amish – heck, you can admire anyone – and still find aspects of their lifestyle or being that you don’t like.  Being an admirer even gives you better license to politely disagree – because your disagreement is not taken as a general attack.

I disagree with the Amish on education, which I feel they could expand without losing control of their children.  I had some very good discussions on this point.

AA: Did you notice a lot of ‘kickback’ or ill feeling regarding the Amish among non-Amish locals while you were researching Rumspringa?

TS: Some non-Amish neighbors have felt that their natural sympathies for the Amish have been exploited by certain Amish taking advantage of them, e.g., for phone calls or transportation, and other non-Amish have felt some intolerance coming from their Amish neighbors.  It’s not a big problem, but it does exist.  Such clashes may be inevitable in a people who believe, in general, that their way of life is the only true path, and that those who do not follow it are wrong.

Tom Shachtman’s next book, The Forty Years War:  The Ascendancy of the Neocons, From Nixon’s Fall to the Invasion of Iraq, written with Len Colodny, will be published by Harper Collins in November, 2008.

Click to read an Amish America review of Rumspringa.