Sylvia C. Eicher and Lydiann S. Schwartz were investigated in May 2017 over two separate incidents.

In both cases the women had administered veterinary medications to their patients.

Schwartz was investigated after a 14-day-old baby died of congenital heart disease after being rushed to the local hospital.

She had administered a Phenylketonuria test to the infant as well as an IV to the mother. Further details from WANE:

Schwartz described the IV to police as a “veterinary ‘pit,’” or Pitocin, according to the affidavit.

Police asked Schwartz if she’d been medically certified and she said a Willshire, Ohio doctor taught her how to give IVs, the affidavit said.

The child’s mother and father said they paid Schwartz $550, which also included check-ups, the affidavit said.

Eicher, who described herself as a “mother’s helper”, came under scrutiny after police learned of a pregnant woman who had received injections from her:


Police then went to the woman’s home. There, she told police that earlier in the week, she woke up with swelling in her legs, and her husband said she should go to Eicher’s home for treatment. The woman said Eicher directed her to go to the hospital, where doctors induced labor at 33 weeks, the affidavit said.

Police then asked about the injections. The woman said Eicher had given her injections on two different occasions “for the baby’s lungs” previously and she was not aware of the name of the medication, the affidavit said.

Eventually, Eicher admitted to the injections, according to the affidavit. She told investigators that she gives “vet medicine” injections in the hip area to help “mature the lungs.” 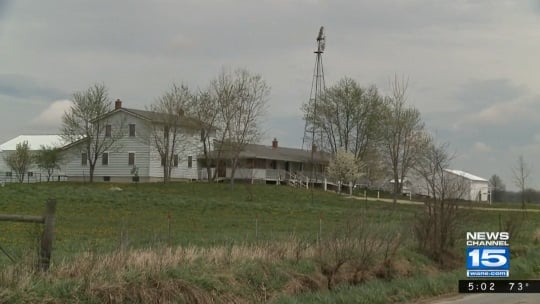 Where do Amish women give birth?

Amish women have their babies in different settings, including hospitals and birthing centers.

Home delivery is quite common, particularly in some communities.

Amish value this service for several reasons, including cost and being able to remain in a familiar home environment.

However, the quality of care can vary.

Responsible midwives team with doctors and other medical professionals to be able to handle emergencies, and for procedures that they are not qualified to perform.

Perhaps the most famous example is detailed in the book House Calls and Hitching Posts.

It tells of the career of Dr. Elton Lehman, who teamed with Amish midwife “Bill” Barb Hochstetler to deliver many babies in the Holmes County community. 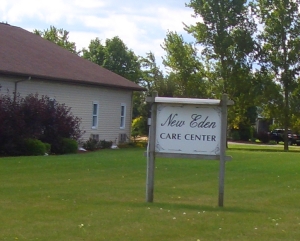 Amish birthing centers such as those in Holmes County and northern Indiana also work together with certified medical professionals to ensure adequate care. As noted in An Amish Paradox, some of these centers have a stronger formal medical connection than others.

In this report at least, there is no indication of a similar relationship between the Adams County women and certified medical practitioners.

Perhaps there was. But in any case it sounds like the women were doing some things that they weren’t supposed to be doing. There may have been serious consequences as a result.

In particular, Eicher’s failure to remember and then avoiding admitting to giving injections suggests that she knew this practice was not above-the-board.

The two midwives have reportedly been practicing for decades, and have delivered hundreds of babies. So it’s likely they were able to perform their services adequately on the whole.

However, you still have to wonder how many other cases there may have been where the mother’s or the infant’s health was negatively affected.

Midwives to the Amish have faced prosecution in the past. In this case from 2007, however, the (non-Amish) woman in question had undergone a 3-year apprenticeship, was certified by a national organization, and had over 25 years of experience. The issue in that case was practicing without a state license.

Schwartz and Eicher have been released on bail, and will appear in Adams County Court this morning.

Update: as reported at wane.com, the two women appeared in court Friday:

The two appeared in court Friday morning at 8:30 a.m. where they pleaded not guilty.  Both of them decided to represent themselves.

When the judge asked both women their highest level of education, Eicher replied 12th grade and Schwartz said 6th grade.

There was a strong showing of support from the Amish community at Friday’s initial hearing. At least 40 people could be seen in the courtroom.

After the hearing, Eicher told NewsChannel 15 that she has been delivering babies for 37 years. She and Schwartz taught themselves how. Eicher claims they have delivered thousands of babies in the Amish community.

She said the medicines they use during child birth come from a veterinarian but did not say which one. Eicher said it was never her intention to hurt anybody and that she has saved thousands of lives.

The women claim to have been operating under the guidance of at least two local doctors.