The Amish of Jamesport, Missouri 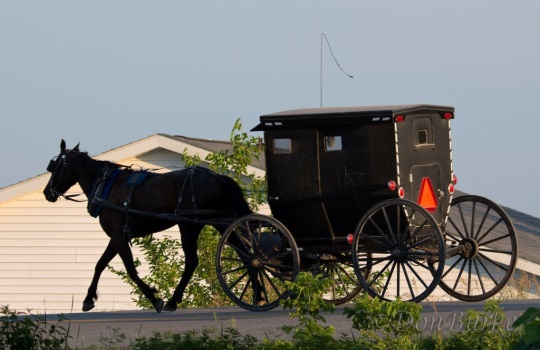 Last month, contributor Don Burke gave us a look at the Kalona, Iowa Amish settlement.  Don returns today with a selection of photos from the Jamesport, Missouri Amish community.

At eight church districts, Jamesport (Daviess County) is the third-largest of Missouri’s three dozen+ Amish settlements, smaller than only Seymour (Webster County) and Clark (Audrain/Monroe/Randolph County).  Founded in 1953, only the Bowling Green community is older among the Show-Me State’s Amish settlements. 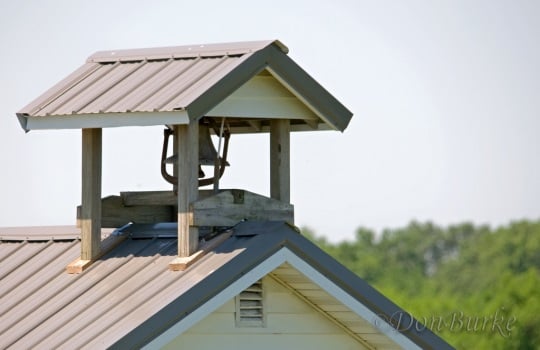 Not only does Don take fine photographs, he also shares some interesting background info on what we’re seeing here. 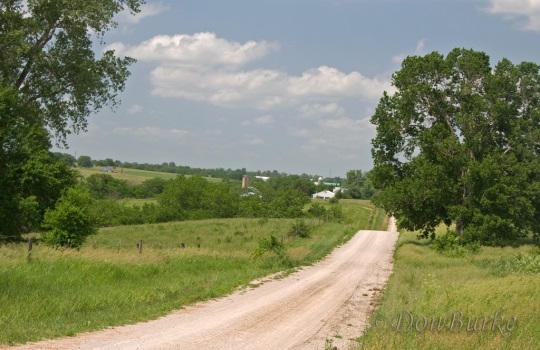 You can view full-size versions of these and many other Jamesport Amish photos at Don’s Flickr page.  The commentary from here on out is all Don’s. 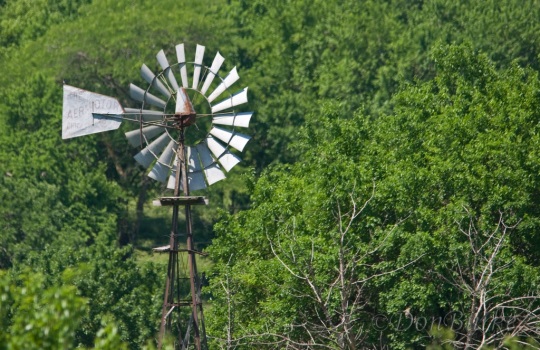 The Amish population is scattered all around the Jamesport area, including these scenic country roads on either side of Hwy 190 south of town. 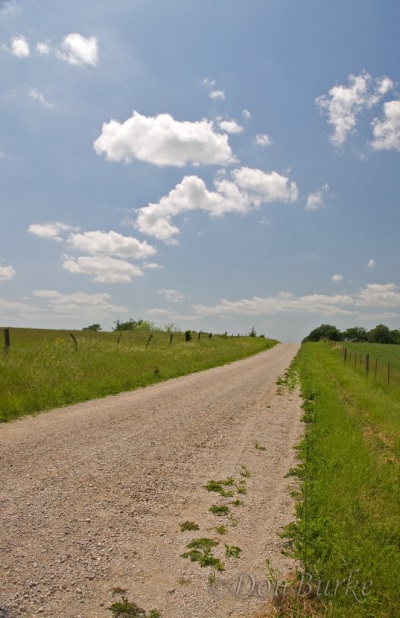 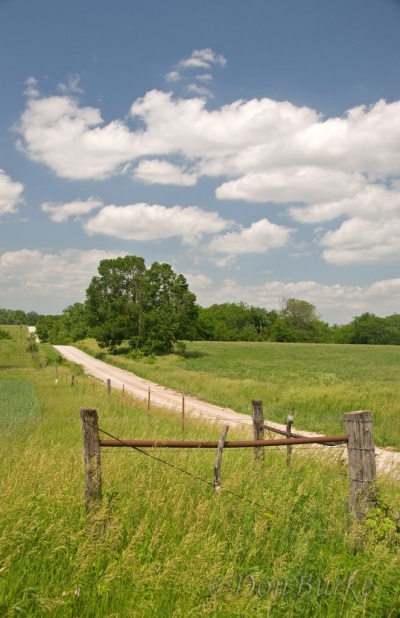 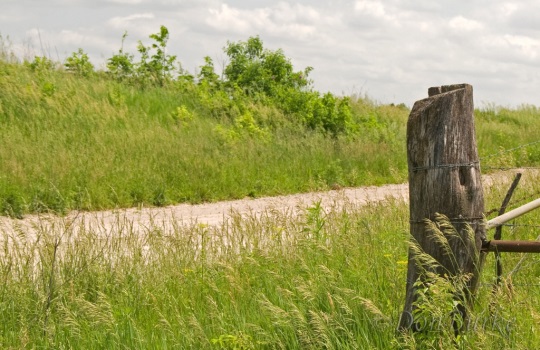 The Amish version of the family mini-van. 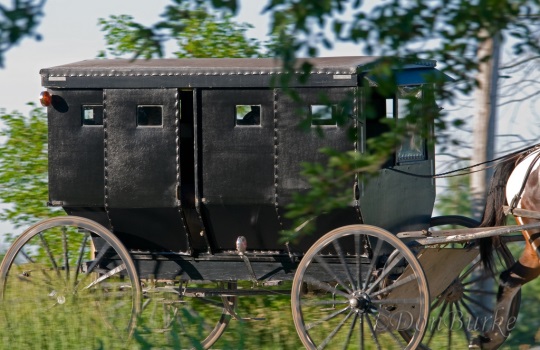 The Amish buggies — and the way they differ from community to community — is something I find curious. You will notice here that the buggy doors are rigid and open by sliding back (which seemed to be the more typical way in Jamesport). 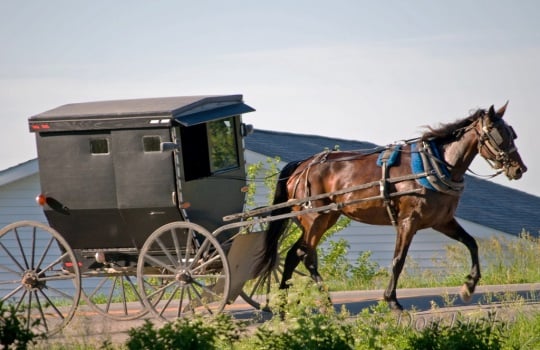 “Amish eyes are watching you” (with due apologies to Hall & Oates). Most of my Amish pictures are taken from a distance with a telephoto lens (usually in the 300-500mm range). And in a surprisingly high percentage of the time, when I look at the pictures on computer I find that the Amish have spotted me.

For those that may have questions about photographing the Amish, I was told by an older Amish gentleman in this community that such pictures taken from a distance are usually not a problem. Like anyone else, the Amish do not want to be gawked at, have a camera shoved in their face, or be treated like animals on display at the zoo. Communities that are more open to tourism generally understand that curiosity — and pictures — are a part of the tourist mentality. But customs vary from one community to the next…, and common courtesy is always in order. 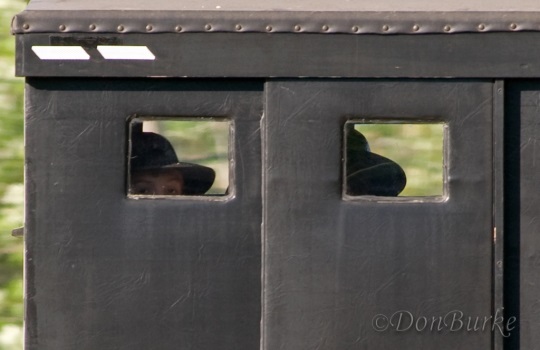 A self-service vegetable stand on the road beside an Amish farm. 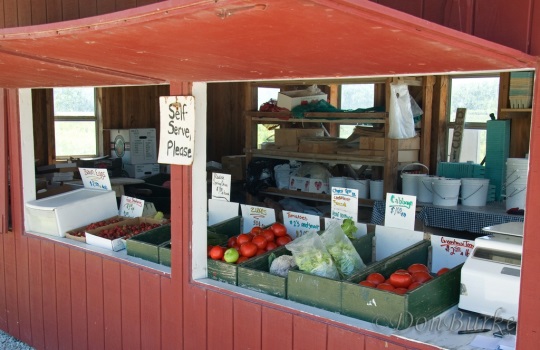 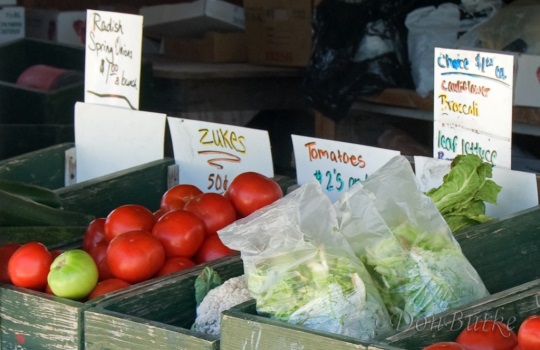 This is the only time that I have seen something like this, and I’m inclined to think that it might be frowned upon in more conservative Amish communities. But this commemorated the passing of one of the family’s sons/brothers. 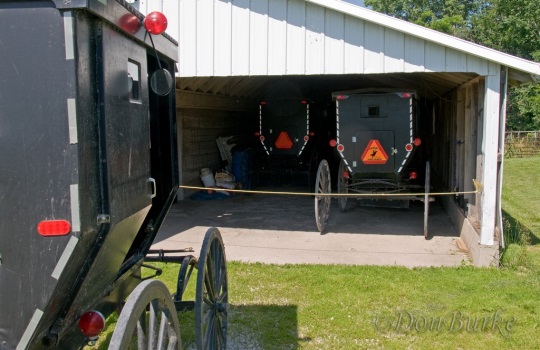 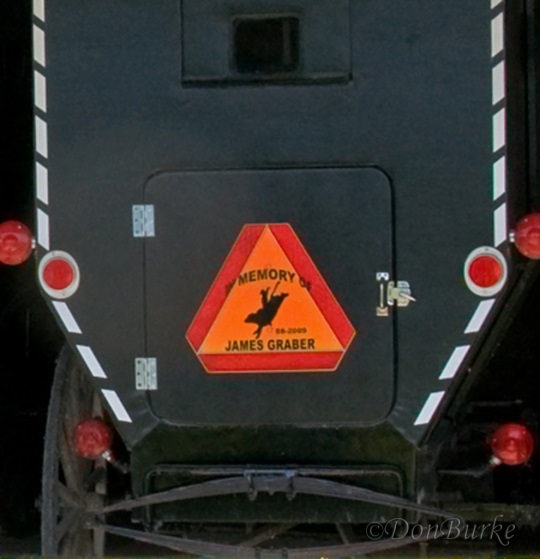 The term “Amish buggy” covers a wide variety of sizes and shapes. Often called a “courting buggy” (but used for many other purposes), this one-bench two-wheel buggy is lighter and may be pulled by a “pony” (as is likely the case here). 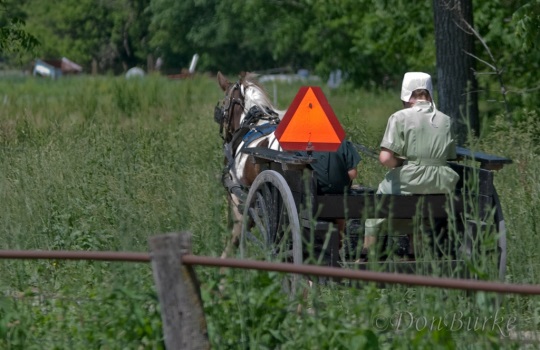 An AirLife membership decal inside the Amish buggy.

A bit unexpected to see an AirLife decal in an Amish buggy. The Amish vary from group to group, so this is not likely true for all Amish, but I have been quite surprised to find out that many do not see modern things as a sin as much as they see them as a distraction from more important things.

Many will have access to a phone, but not have one in the house because it would be more of a distraction to the more important family interactions. Similarly, they are not opposed to modern medicines or the high-speed ways of getting to it…, but until that is needed, the more simple means of a buggy-ride through the country side will work just fine. 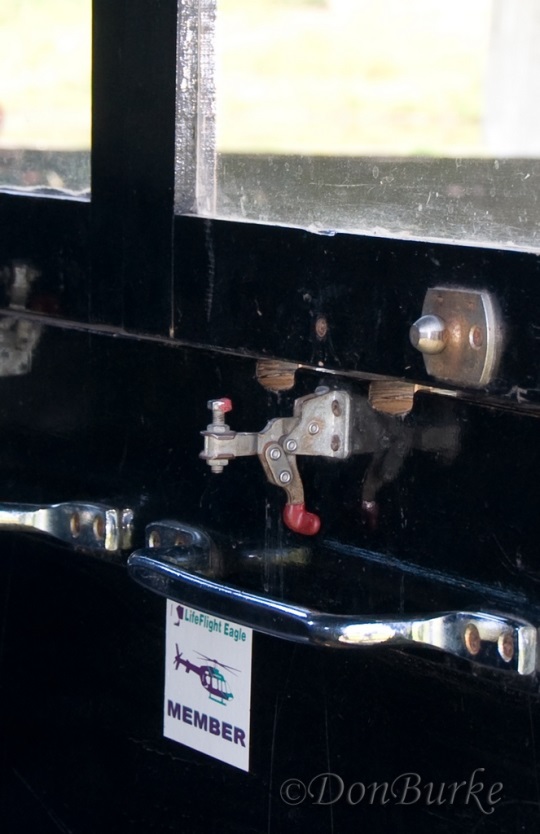 Being in rural farm settings, the Amish are naturally faced with a number of insect problems. But instead of chemical spraying, the Amish prefer to use more natural means — birds, and especially the purple martin. Whether using a more traditional design or a contemporary look (as here), martin houses are quite common on Amish farms. 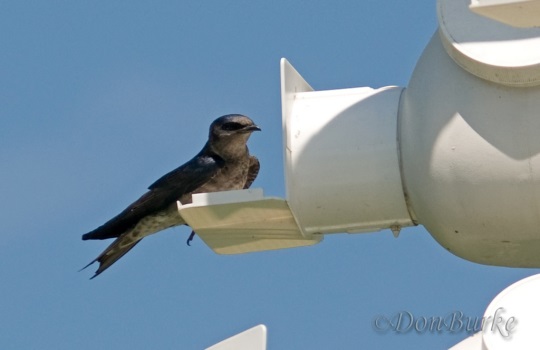 The Miller Farm in Jamesport builds martin houses. It is also the site of an annual open house in early June showcasing the nests (most with eggs or hatchlings) of over 100 pairs of martins. 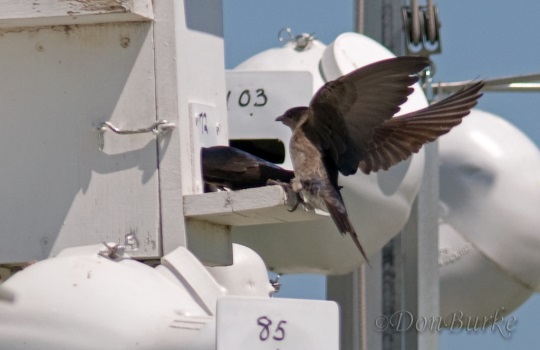 Buggies in a field during an Amish wedding.

Because of growing Amish populations in areas of limited or expensive farmland, it is becoming increasing common for the Amish to work in various “English” businesses. Young men often work in construction or other manual labor jobs. Young ladies, until the time that they get married and stay home raising their own family, may work in local businesses or occasionally as a school teacher in the parochial school.

Located at the main intersection in town (the only 4-way stop in Jamesport) is the Gingerich Dutch Pantry. It is owned by a Mennonite family who used to be Amish. 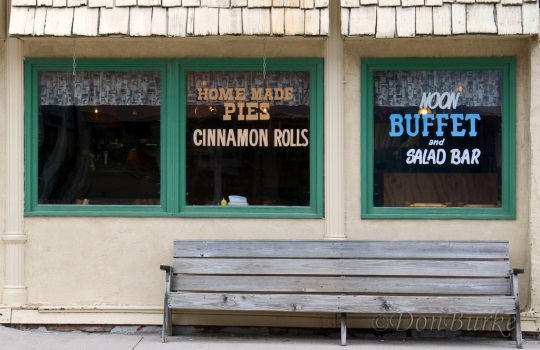 The decals on this buggy seem uncharacteristic for typical Amish buggies. I can’t say for sure, but it is possible that this buggy belongs to an Amish teen during his/her time of Rumspringa.

Here, again, practices vary from one community to the next, with some communities not observing this tradition at all. But in the Jamesport area Rumspringa is a time when the teens are allowed a greater degree of freedom, such as the chance to wear “English” (non-Amish) clothes, trick-out their buggies (decals, “boom-boxes”, etc.), the occasional buggy-drag-race, and staying out later at night.

But as one person wisely observed, the thrill of being able to stay out to midnight often loses its luster when the teen still has to get up at 4:00 the next morning to milk the cows that didn’t care how late they were up or how little sleep they got. 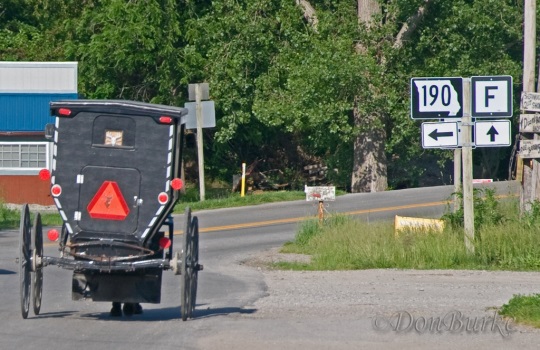 A weathered plank swing in an Amish school yard. 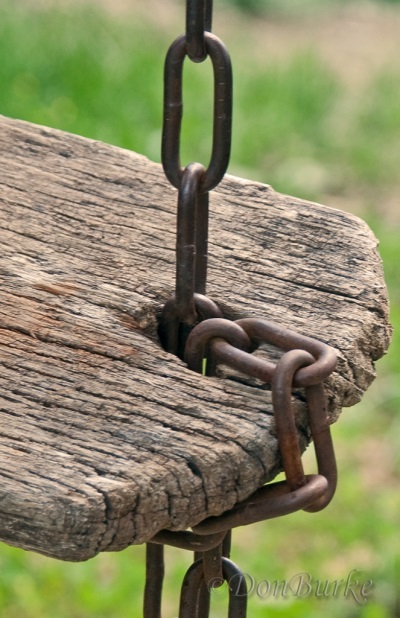 While all Amish that I am aware of are “off the grid” when it comes to electricity from public utilities, some communities do allow the use of electricity from solar panels (such as this one on an Amish schoolhouse) or from generators (in certain situations). 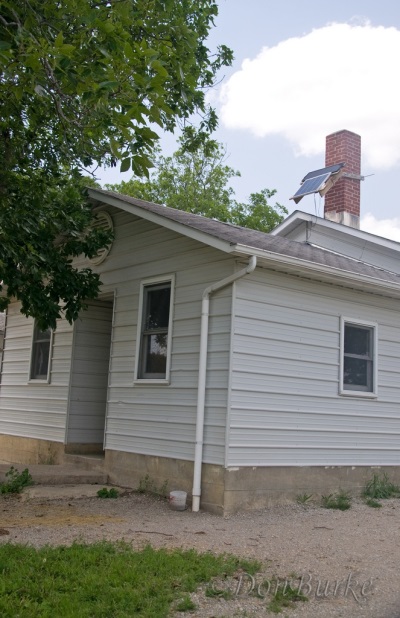 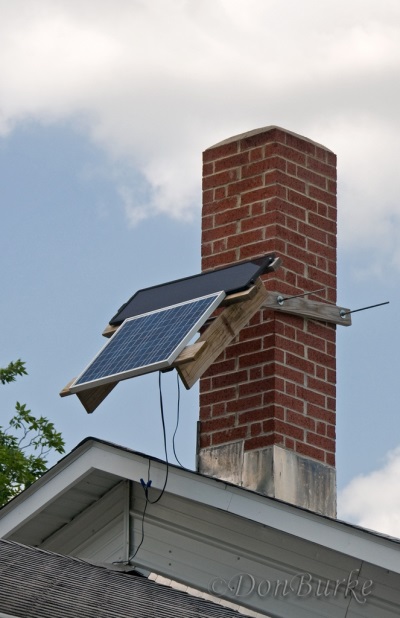 A small stable beside the school where the teacher’s horse and students’ ponies would be kept during school hours. 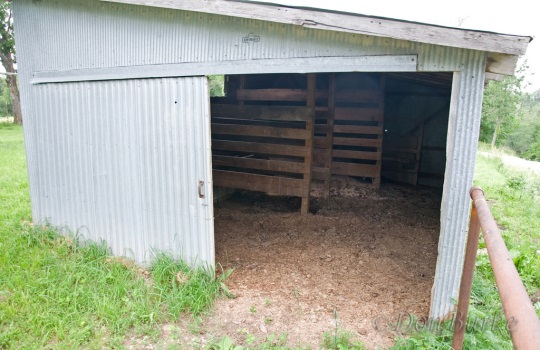 Backstops like this are also a staple in Amish school yards, although often not quite this big, and usually without the bench seating as seen here. 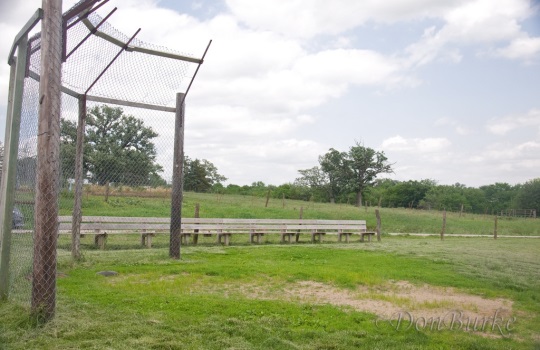 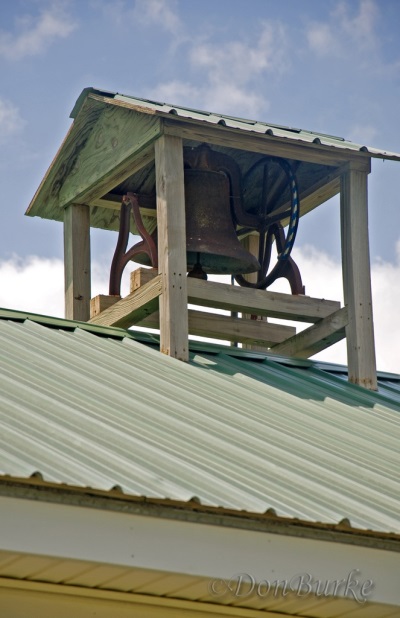 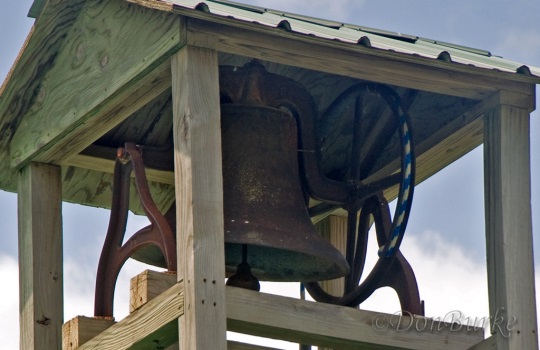 Desks that were once used in an Amish schoolhouse.

Returning home with the day’s purchase from the annual school fund raiser auction. 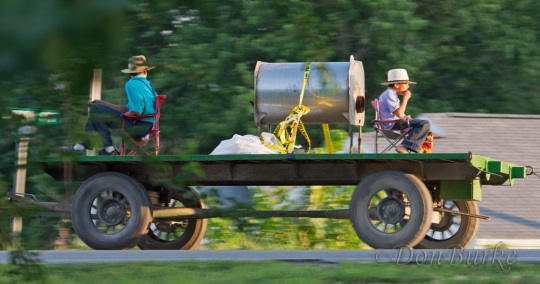 You can’t visit every Amish community…this is about the next best thing. A big thanks to Don.