The Amish community in Brownington, Vermont, remains the state’s only settlement, but VT might soon be seeing a second community.

The Brownington settlement was started in 2015, though as this article at vtdigger.org reveals, Amish expressed interest in the area even ten years ago, writing to a local realtor about available land. 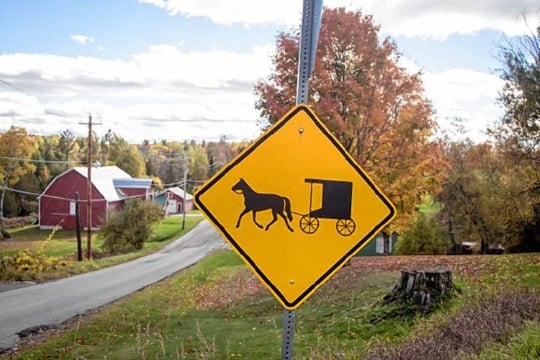 More information on this settlement emerges in another piece at Valley News. They are a more conservative group, described as loosely affiliated with the Troyer Amish by the Young Center’s Steven Nolt. They’re involved in businesses and agriculture with their products going to markets including Boston:

Shetler’s neighbor works as a broker to sell his melons in the Boston area, and some Amish use neighbors’ phones.

Shetler, who moved his family from Ohio, and other Amish men rapidly built his large barn without power tools, using wood from his property that they milled on a portable mill.

“It doesn’t do anything for the peace of mind,” he said.

Levi Kauffman, who was trimming his horses’ hooves in the barn, sells lambs to an auction house in Massachusetts, and like the other Amish in the Northeast Kingdom, he farms mostly without commercial pesticides or fertilizers. Like Shetler, he said he steered clear of organic certification.

There are now 10 families in this community. But they might not be alone in the state for long.

A new settlement in VT?

We also learn that another group of Amish is exploring land opportunities in a different area of the Northeast Kingdom (the name for the northeastern corner of Vermont, an area known for its natural beauty and tourist appeal).

The area in question is about 20 miles west, as the new group “don’t want to compete for the same properties,” according to local realtor Dan McClure, who has helped the Amish get started in the area and sold them property.

That might be one reason, and another is that this may be a group of Amish of a different affiliation than this Troyer community. It’s not unheard of that Amish of one group will settle nearby another group of Amish with which they are not in fellowship.

You can see the attraction of this strategy – the new area has been tested and proven to be an appealing destination for Amish, locals have gotten used to the idea of Amish around, and so on. But they don’t settle right on top of one another. 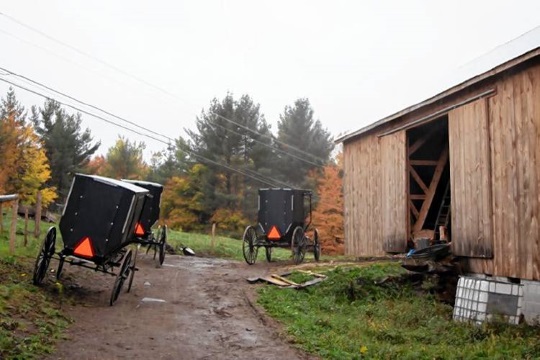 You can also hear a podcast interview with McClure at the above vtdigger link. They drop by the farm of Andy Shetler, who declines to be interviewed in this case. One of the locals interviewed says that Shetler didn’t want to explain why they moved there because they didn’t want to “advertise” it and attract others, in turn driving up land prices.

I don’t know if there is any way to prevent the Amish grapevine from operating, but perhaps he doesn’t want to promote the appeal of this area to the public at large. Though as it was once named the most desirable place to visit in America by the National Geographic Society, the Northeast Kingdom is not exactly an unknown location.

McClure calls helping the Amish the “proudest work” of his career.