Leaders of a sizeable Amish community in Ohio have accepted a new safety enhancement on their buggies. 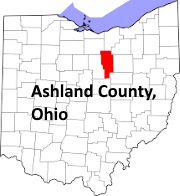 These are not the Swartzentruber Amish living in Ashland County (though that group has been open to buggy safety changes as well).

A second group of Amish living near the city of Ashland are one of the more recognizable communities for their unusual safety-triangle design.

Here’s a photo from my visit to this community in 2011 where you can see the atypical marking: 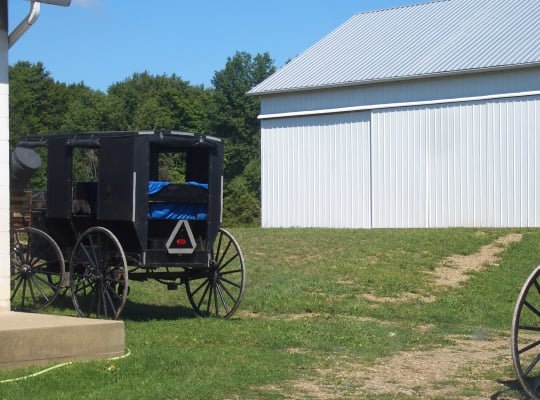 The Amish here are not as plain as the nearby Swartzentruber people, but they are of a more conservative bent (see this post showing the traditional technology used in their workshops).

Until now they’ve had no electric lighting on their buggies, and they don’t use the conventional orange SMV triangle.

They’ve instead relied on the triangle made of strips of silver reflective tape, as well as additional pieces of reflective material for nighttime visibility.

Here are some more examples of the triangles and their single central red reflector: 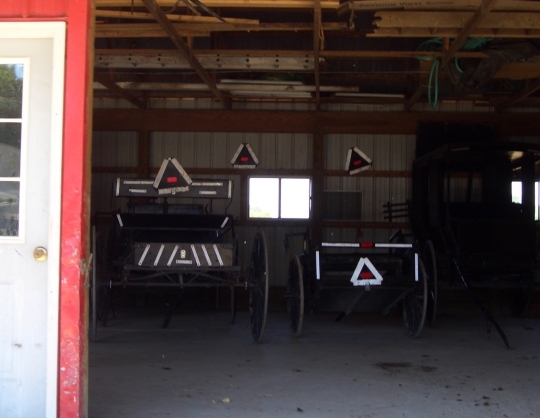 The Ashland Times-Gazette has shared news that the community’s bishops have agreed to encourage adding a blinking light to their carriages, thanks in part to the efforts of Sheriff’s Office Chief Deputy Carl Richert.

One buggy maker has ordered two hundred lights and expects “‘most of them will be OK with it'” in his settlement of six church districts (though he’s only installed them on his own vehicle so far).

Here is what the new lights look like, in two photos.

The first is mounted on a pole to achieve height on the back of an open carriage. This extension would help improve visibility when hills are involved: 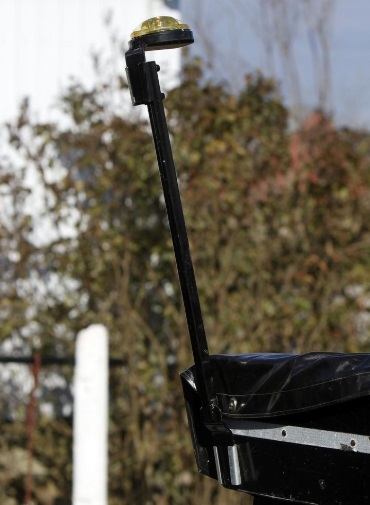 And this is what appears to be the same light on top of a standard closed buggy. You can also see traditional lanterns hanging on either side: 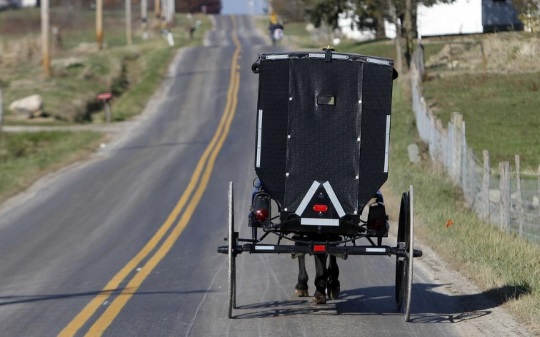 This case shows that some Amish, even the more traditional, will accept enhancements to their well-being when spurred on by the efforts of outside bodies.

It seems this was made possible in part by relationship-building and working with the community and its leaders over an extended period of time.

Richert has worked “for years” to improve buggy visibility in both Amish and Mennonite communities in the area (there is also a small Old Order Mennonite settlement near the town of Shiloh).

The Chief Deputy has told Plain leaders that “if they don’t begin using reflective tape or lights, the Ohio State Legislature may create a requirement where they’d have little say about using them,” the Times-Gazette reports.

It seems a compromise may have been reached here, as the buggy maker says that these lights “are a lot better than previous measures.”