Here’s one I hadn’t seen before: an Amish farmer in Lancaster County is selling his baseball card collection via online auction. Amish play baseball and softball, and there is certainly interest in the sport in some quarters. Amish have hobbies and pastimes of course, but we tend to hear about ones like hunting. So I’d never heard of adult Amish with baseball card collections. 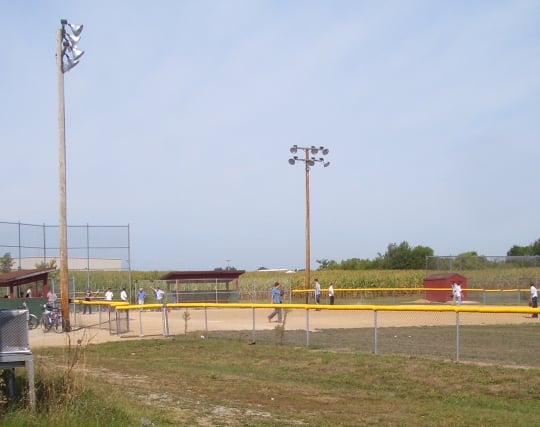 But, why not (…though, certainly, spending money on such a thing would probably be frowned upon by some Amish). The Amishman in question is 70-year-old Jake Smucker of Lancaster County. And it sounds like he has quite the collection, as reported by Sports Collectors Daily:

Jacob “Jake” Smucker feels blessed. The lifelong Lancaster County, PA resident spends much of his time with his nine kids and their families, which includes an incredible 45 grandchildren. But it’s his love for baseball and baseball cards that have helped feed the Amish man’s soul since he was a kid.

Now, the 70-year-old farmer is sharing some memories and parting with his collection through nearby Wheatland Auctions. It includes some quality vintage rookie cards and Hall of Famers like Jackie Robinson, Mickey Mantle and Ted Williams.

His passion for the national pastime was triggered, at least in part, by an encounter with a televised game as a boy:

Smucker grew up working long days on his family farm. He remembers first seeing a television at age 12 when the Dodgers beat the Yankees in the 1963 World Series. He was amazed by Sandy Koufax, who won two of the World Series games against the Yankees, pitching two complete games and striking out 23 batters in 18 innings. He fell in love with baseball so much that he was able to sneak a radio into his home, which was not allowed in his Amish community, so that he could listen to baseball games on KYW Radio out of Philadelphia.

I like this part. How many, Amish and non-Amish, have similar stories?

When he was young, he would trap pigeons and sell them for a quarter, which he would use to purchase packs of cards, and always encouraged his mom to buy cereal boxes with baseball cards on the back. He thinks his mom was upset with him when he went to explore Florida at age 18, and while he was gone, she got rid of the cards. Eventually, Smucker brought some of those former greats back into his collection.

And I love this part. Jake was not just a fan but a – very good – player:

Smucker wasn’t just a baseball fan and collector. He’s considered one of the best Amish baseball players to ever take the field. He started playing in seventh grade and his community even had baseball teams of high school age players. “I was competitive, and could outrun anyone and would always play kids older than me. I played for the ‘Amish Rookies’ in our county Amish league in the late 1960s. I was the catcher and leadoff hitter and we had a pitcher with a curve ball that would drop off a kitchen table. I also pitched and still remember having 21 strikeouts in a game.”

He even remembers when his Amish Rookies team got to play a game against the best high school team in the county, Conestoga Valley High School, and won easily. He says since players on the Amish team spent most of their days working on the farm they were faster and stronger than most high school kids back then.

He transitioned into Lancaster County softball leagues and remembers once having a batting average of .800.  At age 70, he still plays in whiffle ball games on the family farm. 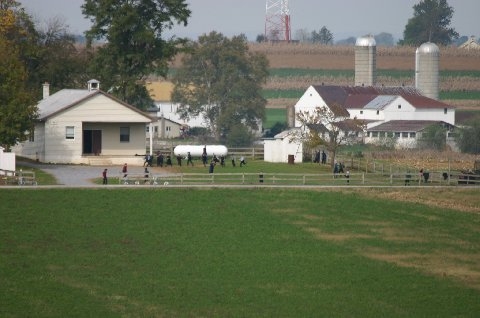 Jake loves the Dodgers, and even attended a game in Philadelphia some years ago where he got one of the players’ autographs. Funny enough, Jake gives as reason for selling the desire to fund another pastime – presumably one he can enjoy more readily with family:

“I realized that I could help fund some hunting trips with the family if I sold my cards now. I am not getting any younger and we love to hunt,” he explained.

It’s a neat and unexpected story, but not that surprising when you think about it.