The business is now called R & E Country Store, and it opened about three weeks ago (any guesses where the new name came from?). The community is Haven, aka Yoder (Reno County). 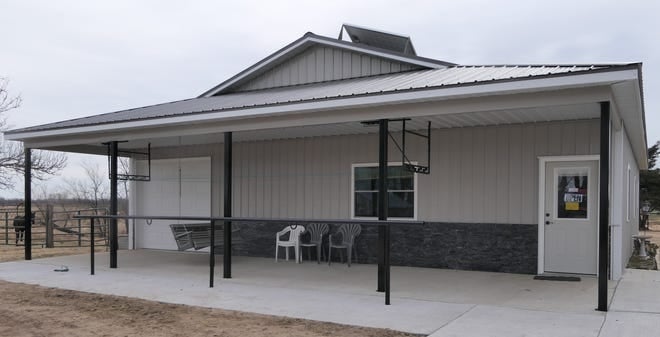 Anna Borntrager had run her store for over 30 years. We first heard about it in a guest post by Tom Geist in 2014. This is what Anna’s place looked like then: 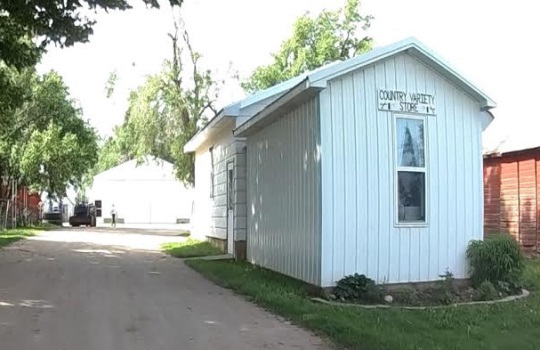 The new store appears to be quite a bit larger.

Worth noting: the couple is described as Amish, even though their last name is not typically Amish. I have never seen the last name Headings attached to an Amish family before. So unless there’s a mistake here, that leads me to think this is probably a couple who joined the community (also supporting this theory: Elaine is also not a common Amish first name, and Robert, not really either). *Update: helpful commenters suggest that I am likely wrong on this theory, and that this albeit rare-for-Amish name has a longer history among Amish/Mennonites – see the discussion below.

Inside, it looks like a classic Amish variety store: 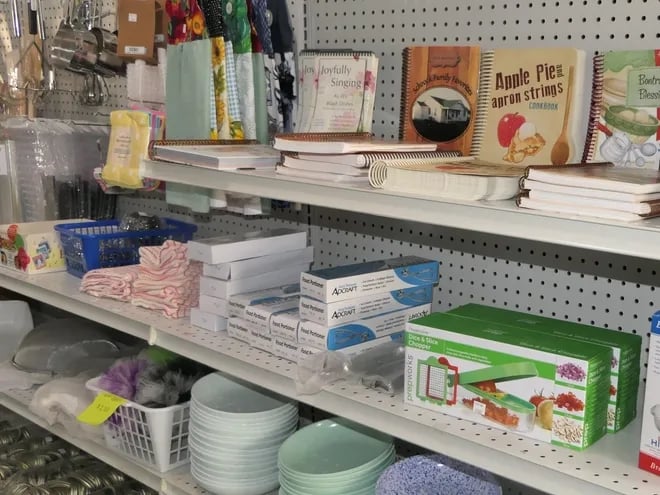 Some of the items you’ll find:

In addition to the sewing supplies, the store carries several types of bilingual Bibles – English/German – and psalm books. They also have German readers, toys, kitchen supplies and gift cards. Their inventory is continually growing, especially with fabrics.

Elaine wants to have a place where people can see the merchandise, instead of ordering from a catalog or heading off to Hutchinson. Along with specific black and tan hats and boots, the store carries black sweaters and coats, as well as specific scarves.

They also sell hand-crocheted doll caps made by the Headings’ daughters.

If you’ve visited Amish communities you’ve likely come across a store just like this. These are usually some of my favorite places to stop to pick up a grab bag of interesting things, and hopefully learn a little bit about the community from whoever happens to be working there. These places cater to the Amish but there is usually plenty there for English shoppers as well.

Elaine says “We wanted this to be for the community”…”We also thought this was something our girls could do when they grew up.”