An Amish killer’s attempt to return

The crime was horrendous.

But the point now is not the crime–it’s the hard issues at hand for the Amish community of Ed Gingerich–allegedly the only Amishman ever tried and convicted for the death of another human being.

Gingerich killed his wife in a fit of insanity in 1993.

A paranoid schizophrenic, he was convicted of involuntary manslaughter and served a few years in a prison psychiatric ward.  He was released in 1998 and moved to Harmony Haven, an Amish-run retreat and mental home in Michigan. 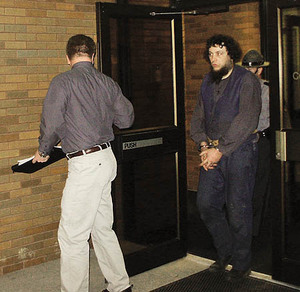 While the practice of shunning gets a lot of attention from outsiders, Amish belief also includes an important provision for forgiveness.

The process for getting back in shape looks like this, in a nutshell:  errant members confess and can be reinstated after showing repentance and a change of heart.

But as Dr. Steven Nolt of Goshen College says that the process ‘more supposes someone who buys a car’ than someone who commits such a heinously violent act.

Amish in Gingerich’s small northwestern PA community are terrified of him.  Sympathetic others, including outsiders, support what they see as his attempt at reconciliation.

His community’s bishop has excommunicated members who have contact with him, including two of his brothers.  Members of Gingerich’s family have been accused of harassing others in the church, causing some to move away.

Gingerich has received particular sympathy from some members of the New Order Amish, who preach a more personal form of spirituality.  After his wife’s killing, Gingerich was quartered in Harmony Haven, a mental home in Michigan for Amish and Mennonites.  It was there that he came into contact with the New Order.

Should Gingerich have a shot at redemption, as many say he should?  Do the wishes of his community, some of whom asked that he be ‘locked up forever’ count for more than the state’s judgment?

Are outsiders, including more progressive New Order Amish, overstepping their bounds by advocating so strongly for Gingerich?

I won’t go further, but a recent article in the Pittsburgh Post-Gazette, where I’ve taken a lot of the facts on the case from (see http://www.post-gazette.com/pg/07119/781928-85.stm), is a thought-provoking look at a thankfully rare situation in the Amish world.