This past Monday, Amish at Ethridge, Tennessee were victims of a pair of armed robberies. In both cases a truck was used to block the road, and an armed individual emerged to demand money. 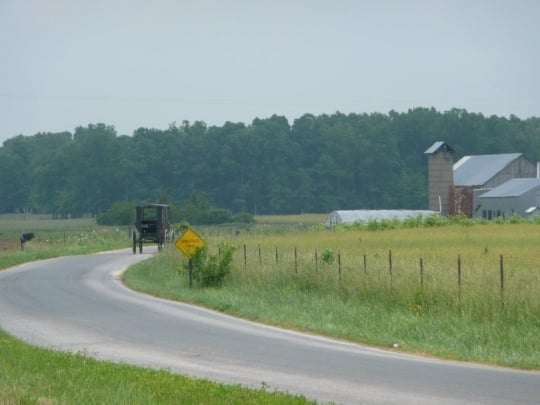 The assailants even shot at one Amish buggy as it fled.

The good news is that authorities have captured three suspects. It sounds like, for their trouble and likely impending prison sentences, the trio acquired a grand total of $100 from their victims.

As we discussed in “Why do Criminals Target the Amish?” the Amish may appear to be attractive victims for a certain kind of criminal.

One part of the attraction is that Amish are in slow-moving vehicles, so can’t speed away when threatened.

The attackers may also be aware of the Amish policy of non-resistance, which precludes using force against wrongdoers.

So the Amish in a sense are really coward’s targets.

This does not mean Amish won’t alert police, however.

It’s unclear how much Amish cooperated in this case (some Amish involvement with police to stop crime can go surprisingly deep) but no doubt the police had to be made aware of what was happening.


Sadly this isn’t the first time the Amish at Ethridge have been targeted; something similar happened three years ago in this community.