A storm struck Monday in Webster County, Missouri, destroying three structures and damaging the home of one Amish family in the community. 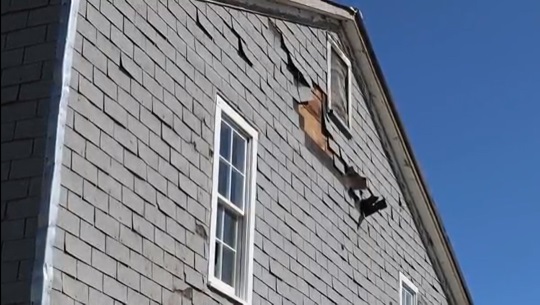 This would be the Seymour settlement, which is the state’s largest. 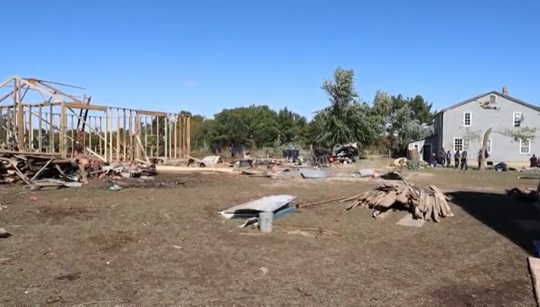 Predictably, local Amish came together to get the family back on their feet. From ozarksfirst.com:

In the barn, according to the homeowner, were all of their calves. He says the only deaths they had overnight were two calves.

The homeowner lives about a quarter-mile away from the property and another man and his wife and their five kids live in the home that got hit, they are all safe.

And this video shows some images (without commentary) of the aftermath, and ongoing cleanup and rebuilding.

You can see the gray shingle siding which is common to the homes in this community:

The non-Amish neighbor who helped out said it was not the first time:

He says one of the Amish men came to him asking for help and to take him around to help notify the other neighbors around 5 a.m. The neighbor says this is not the first time he helped his Amish neighbor.

He says a couple of years ago one of the barns burned down and he helped get supplies as well.

No one wants to see people have to deal with bad storm damage, but its always great to see how Amish handle the aftermath (and non-Amish friends chipping in too).