Amish America:  Could you explain who exactly the term ‘Swartzentruber’ refers to?  In what ways do the Swartzentruber Amish differ from ‘mainstream’ Amish? 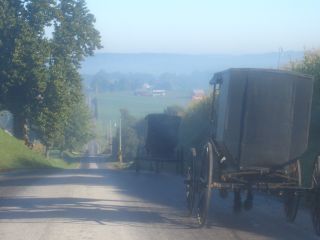 Professor Karen Johnson-Weiner:  The Swartzentruber Amish, arguably the plainest of the “Plain People,” originated in the dissension that developed in Holmes County, Ohio, in the early 20th century over whether those who had left the church in which they had been baptized should be placed in Bann. For Bishop Sam Yoder and his followers, leaving one’s church to join a non-fellowshipping congregation was breaking the baptismal vow and and anyone who did this had to be excommunicated and shunned.  In contrast, the majority of the Amish in Holmes County felt that as long as one had left for another Old Order church-community, this response was not appropriate.  By 1917, Yoder and his followers had ceased to fellowship with the majority, even though the majority had been to adopt more conservative guidelines designed to appease the Yoder faction.(i) (see all Swartzentruber footnotes)

In 1931, the Sam Yoder group experienced another schism when Bishops Jacob J. Stutzman and Eli A. Troyer disagreed with Bishop Sam Yoder, again over discipline within the church.  Stutzman, Troyer, and their followers were known first as the “Stutzman Gmay,” but this group has since became known as “Troyer Amish.”(ii)

After Sam Yoder and his followers ceased to fellowship with their Old Order Amish neighbors, the divide between the descendents of each faction increasingly widened. Amish historian David Luthy notes, for example, that the Old Order Amish in Holmes-Wayne Counties often make fun of the long hair and untrimmed beards of Swartzentruber men by calling them “gnudle Woola,” meaning the kinks found in sheep’s wool before shearing.  In turn, the Swartzentruber Amish recognize their Old Order Amish counterparts as different from the “English” or non-Amish, they also see them as “not like Swartzentrubers.”  As one young Swartzentruber woman put it, “I think we’re more in the Amish side [in comparison to more progressive Amish groups].  They [those other Amish] are strange or different.” Another Swartzentruber woman classified Old Order Amish friends in Ohio as “sotleit” or “others,” noting that “they’re still Amish because they don’t drive cars.  Those that drive cars are Mennonites.”

How many affiliations or groups would fit under the Swartzentruber label?  Which are the largest and where do they live besides the Holmes/Wayne County settlement in Ohio?

In the early 1990s, many in the Swartzentruber community were distressed by what they saw as unruly and inappropriate behavior among Swartzentruber young folk, particularly in the Ohio church-communities. The issue came to a head when several young Swartzentrubers, playing music on a radio they should not have had, disturbed a Swartzentruber minister, who tried to chastise them.  The boys then struck the minister and fled. (Richard Stevick discusses this incident in his book Growing Up Amish: The Teenage Years.)

The incident caused uproar in the Swartzentruber world.  Although the minister first claimed not to have recognized the boys, he later agreed with a milk truck driver who identified the participants. Later, when one of the boys wanted to join church, the minister refused to baptize him unless he made confession. The boy refused to do so and denied his involvement.  At that point, another young man, already a church member, said that he had been one of the group and that the other boy had not, and he offered to put himself under the Bann. The minister refused to accept the confession, and his recommendation that both young men be excluded from the church-community threatened to divide the church.(iv) 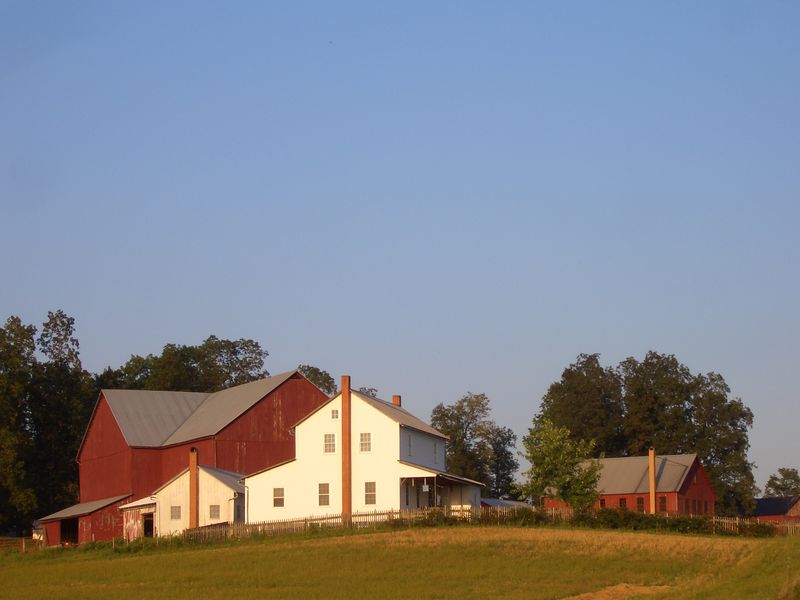 A number of attempts were made to resolve the conflict, but neither side was willing to give in. Afraid that showing leniency would encourage wild behavior among the young people, one faction supported the hard line taken by the minister, but the other faction was concerned about what seemed to be an overly strict application of the Bann. Finally, under the leadership of Joe Troyer, one of the oldest Swartzentruber bishops in Holmes County, the majority agreed that it was “unscriptural to be so strong in one’s thinking.”(v) Accordingly, the one boy was baptized and the other was taken out of Bann.

In response, two bishops, Eli Hershberger and Moses [Mose] M. Miller, withdrew from fellowship with the others.  As one Amish observer put it, “they felt the other bishop has taken two liars into the church.”  Other bishops, notably Isaac Keim and Andy Weaver from Lodi, Ohio, joined Hershberger and Miller, and the Swartzentruber churches divided.(vi) The larger faction became known as the “Joe Troyer church”, or simply “Joe Church.”  The smaller, dissenting group, under the leadership of Moses Miller, became widely known as the “Mosey Mosies” because there was more than one “Moses” in a position of leadership.

Could you comment on how easy or difficult it has been to work with members of  Swartzentruber communities?  Specifically, is it more challenging to win the trust of Amish belonging to these groups, as an outside researcher?

I don’t know whether the Swartzentruber Amish are easier or harder to get to know.  When I began to explore Old Order life, the Amish I first met were Swartzentrubers, and I have been fortunate (blessed!) to have developed some good friendships.

As you point out, the Swartzentruber Amish reside at the conservative end of a diverse range of Amish affiliations.  It is interesting to learn that diversity is a fact of Amish society with real-life implications.  How do the Swartzentruber Amish interact with ‘higher’ affiliations?  And how much interchange occurs with members of other ‘low’ groups, such as the Nebraska Amish?

The Swartzentrubers interact with other Amish groups.  Many/most have friends and/or relatives who belong to more progressive affiliations.  They prefer to keep to themselves, however, and the new settlements are notable for being established far from other kinds of Amish.  Interestingly, when the Swartzentruber settlement in the Heuvelton area was having difficulty keeping the cheese factory going, they sought help from the Troyer Amish in the Conewango Valley.  When it became clear that the cheese factory would fail, and the Swartzentrubers opted to adopt bulk milk tanks (a big change!) they looked to see what the (very conservative) Byler Amish were doing in the Mohawk Valley.

Part Three of this Q-and-A with Karen Johnson-Weiner will cover Old Order education and schooling.