Karen Johnson-Weiner is Chair of the Department of Anthropology at SUNY Potsdam, and has been studying the Amish for 25 years.  Professor Johnson-Weiner’s areas of specialty include Old Order schools, language in Anabaptist communities, and the Swartzentruber Amish.  In Part One of this three-part Q-and-A, she shares her insights on New York Amish.

Amish America:  Your upcoming book focuses on the Amish in New York.  In recent years the Amish have grown by leaps and bounds in this state, and the Empire State is currently home to North America’s sixth largest Amish population.  Could you tell us some more about the book, in terms of what it will examine, as well as describe the Amish communities in NY?

Professor Johnson-Weiner:  The book is an attempt to introduce non-Amish New Yorkers to their Old Order neighbors.  So that readers can better understand where the Amish come from and their relationship to other Christian groups, the first chapter explores the origins of the Amish in the religious confrontation and subsequent political upheaval of the Protestant Reformation.  Chapter Two discusses the first Amish settlement in the state, the community established in Lewis County in the early part of the 19th century, and Chapter Three begins with a discussion of the second settlement in New York, which was founded in the Conewango Valley over a century later. 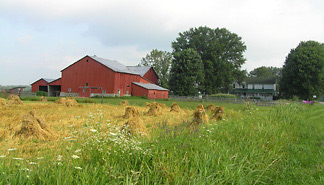 Each subsequent chapter explores the history of different Amish groups that have come to New York, looking to the past to help explain why they have chosen to settle in the Empire State.  Although the need for farmland is a common denominator,each provides a lens through which to explore issues that have helped shape the Amish world.

The Lowville Amish, for example, are descendants of Lancaster County Amish who left Pennsylvania rather than submit to new state laws regarding education.  The Ohio Amish who have settled in the Mohawk Valley have been shaped by internal struggles over the behavior of young people, while the Troyer Amish of the Conewango Valley evolved in response to internal disagreements over when to excommunicate errant community members and whether to shun them.

In describing life in different Amish settlements, this book also illustrates the diversity of the Amish world.  We tend to talk about the Old Order Amish as if they were all the same, when, in fact, there are many different kinds of Amish.  Frolics, weddings, dress, and buggy styles vary from community to community.  Even within New York State,one Amish group may know little about the others and be surprised at their practices.  Each chapter provides a snapshot of life in particular Amish settlements.

In this book, I focus on different regions of Amish settlement across the state, beginning with the Amish churches in Chautauqua County and the Conewango Valley in the west, and then looking at the diverse settlements of the Mohawk Valley in the east and the St. Lawrence River Valley in the North Country. The different churches in these regions range from the most  conservative to the most progressive. 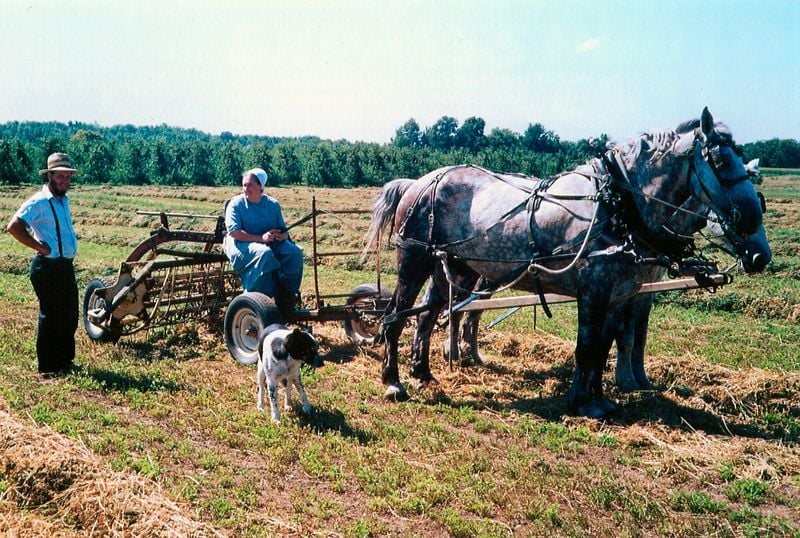 Young Center state-by-state statistics show that between 1992 and 2007, New York had the largest net gain of migrating Amish families, with 298.  What are the main factors that have motivated Amish to move into the state over the past couple of decades?

I think I answered this a little bit above.  The Amish have left their home communities for many reasons, including overcrowding,internal church difficulties, and problems among the young folk.  They have come to New York because the state offers farmland at affordable prices.  In many cases, they have bought abandoned farms and revived them.

The tourist industries in the large settlements in Indiana, Pennsylvania, and Ohio are notably well-developed.  What does tourism look like in the New York settlements?

As we often see in the news, when Amish migrate into new areas there is potential for conflict with locals, unused to the ways of their new plain neighbors, over cultural and religious differences.  Buggy traffic on county roads and in towns is one such issue that comes to mind.  What local issues of importance have emerged in New York as Amish have brought their communities to new locations?

The groups moving into NY have tended to be less progressive—after all, they are, for the most part, determined to maintain an agricultural lifestyle, and many have moved to avoid making lifestyle changes.  This has resulted in conflict.  The orange triangle—specifically, the refusal by the Swartzentruber Amish to use it—was an issue in the early 1980s in St. Lawrence County, but it was resolved through compromise.  The Swartzentruber Amish in NY (as in OH)now use gray reflecting tape to outline the back of the buggy.

More contentious of late have been conflicts resulting from Amish Ordnungs that make it difficult to comply with local building codes.  There have been problems across the state, and the Becket Fund for Religious Liberty recently filed a lawsuit in federal court on behalf of members of the Swartzentruber Amish against the town of Morristown, charging that town officials have violated the religious rights of the Swartzentruber Amish in their overzealous enforcement of the building code.

Look for Part Two of this Q-and-A with Professor Johnson-Weiner–on Swartzentruber Amish–coming soon.