The stories are heartbreaking.  You feel for the victims.  It’s hard to imagine what they’ve been through.

But at the same time, a 20/20 piece on Amish abuse from a few years back points to the generalizations that many journalists rely on to tell their story.

The 20/20 folks lean heavily on cliches and misconceptions–from the ominous opening music, to the overplayed stories they trot out–a people ‘frozen in time’, ‘lives of complete secrecy’, and so on. 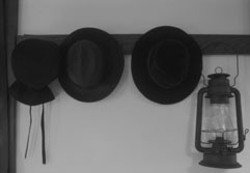 Perhaps the greatest offense is that not once do they give the notion that this could be a localized problem.  Instead, for most of the piece, the Amish are painted as a single-minded collection of child-molesting derelicts.

It is likely that most if not all of these Amish are from the Swartzentruber group–the haircuts, clothing, and triangle-free carriage all point in that direction, plus the fact that it’s Holmes County, Ohio, an area with many Swartzentruber Amish.

At the end, Hugh Downs mentions something about human nature and growing up near some ‘hardworking, honest’ Amish.  Deborah Roberts admits that many are ‘happy with their lifestyle’.

But that’s as close as this piece comes to anything resembling balance.

So how about a somewhat radical generalization in response: 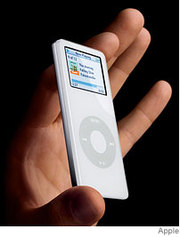 The Amish are actually more sophisticated than we might think.  After all, we gladly use just about any technology that comes along, without a second thought–ie, iPods–they’re great fun, but are making us deaf and degrading social interaction.

The Amish think long term consequences before they decide to use new tech.  They appreciate comfort, but realize it’s not the ultimate reason for our being here.

The Amish make decisions with a higher purpose in mind.  Most do live virtuous lives.

As seen with Eli Stutzman and the abuse cases, bad apples areeverywhere, even within the Amish.  Yet at the same time, painting an entire people with such a broad stroke is irresponsible.

Perhaps one of the few blessings of the Nickel Mines shooting is that, at least for awhile, programming execs won’t be running anymore Amish stories as crudely one-sided and misleading as this.

Leave a reply to iPods, Amish abuse, and sketchy journalism