The Amish of Branch County, Michigan

Michigan’s Branch County is found on the southern end of the state, on the Indiana border.  The two counties to its south are Lagrange County and Steuben County, Indiana, both with an Amish presence, particularly heavy in Lagrange. 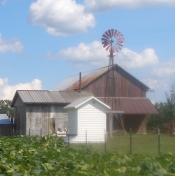 Head west from Branch County and you’ll reach the Amish of St. Joseph County, Michigan’s largest settlement.  Hillsdale County to the east has an Amish population, as does Calhoun County to the North.

So if you’re in Branch County and you’re allergic to buggies, too bad, you’re surrounded. And Branch County itself has not one, not two, but five Amish communities (one “shared” with Hillsdale County).  I visited a couple of them on last year’s Michigan Amish trip.

On the south end of Branch County is found a very plain Amish settlement of 5 churches.  This group originates from the Swiss Amish communities of Indiana.

On the Amish in this part of Michigan reader Lance writes: “Adams and Allen Cos. have spawned several daughter communities in Branch and Hillsdale Cos. of Michigan. These communities tend to be more conservative. Indeed, the California Amish of Calif. township, Branch Co. are notably very conservative. They also are in a very small area, with smaller than usual properties for such a conservative way.” 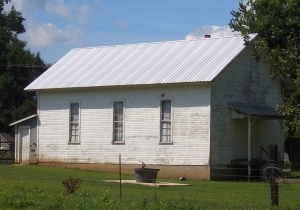 The material plainness of this community is obvious as you travel through the region.  Sparse properties, metal roofs, and dirt drives are the norm.

Typical of Swiss communities, buggies have no tops.  I did not see any Slow Moving Vehicle triangles either, and if that is standard practice would make this group one of the few besides the Swartzentruber Amish who do not use them.  Produce was in season when I visited; small stands about in the community. 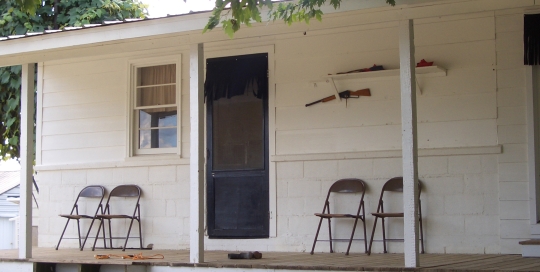 Lance adds:  “I have a friend that joined the Amish and he also was much more interested in conservative Amish then the progressive main stream. So he visited Calif. to see if they were for him. He drove his buggy from Allen Co to CA (40+ miles) and when he got there, they searched him! I guess they wanted to make sure he had nothing that would violate the Ordnung and pollute their minds!?”  It appears Amish here believe strongly in a plainer way of living.

Drive north from California Township and you’ll come to another Swiss Amish settlement in the vicinity of Quincy, a small town east of Coldwater. 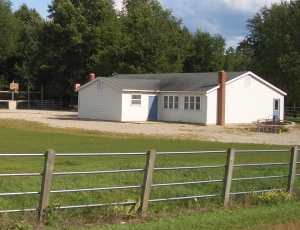 The Quincy community is less visibly plain than the California Township Amish.  Buggies are nicer and sport the SMV insignia.   Homes have a more prosperous feel with basketball goals and trampolines not uncommon. 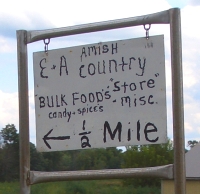 I didn’t see terribly many businesses, but did drop in at the E and A Country Store, (which has a number of signs advertising itself around the area, the one at right includes the helpful “Amish Country” marker) and had a nice chat with the owner.

The Quincy group is slightly larger than the California Amish, at 6 congregations.

These two groups living just a few miles from each other show the different paths even similarly-rooted Amish take.  They’ve left behind their large parent communities, likely in search of a more isolated and plainer existence.

It’s probable that for them their parent communities, home to thousands of Amish, became too “fast” as the Amish say, or simply too crowded and expensive.   Both communities have been around for decades (started in the 60s and 70s).  However at least in their material lives, they have chosen somewhat different standards since their founding.