Happy New Year to all. I hope your 2013 was filled with blessings and that 2014 will be happy, healthy and productive for you.  Do you take stock of the previous year at this time?  Set goals and make plans for the coming year?

It’s really just the changing of dates on a calendar, but can be the right time for a brief pat on the back or a great excuse to make a positive change going forward.  I don’t really do New Year’s resolutions, but I think they’re a good idea–if you manage to keep them, of course 🙂 .

Today’s photos, shared by Karen Johnson-Weiner (author of New York Amish and co-author of The Amish) were taken in a Swartzentruber Amish home in New York.

Here we see a snapshot of the winemaking process.  The owner is a young farmer in his early 30s.  The wine is made from Concord grapes, and apparently after a couple of months of aging is very dry. 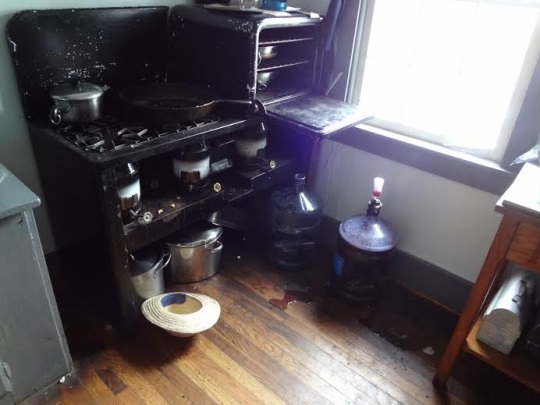 The fact that some Amish make and consume alcohol often surprises people learning about Amish society. I have been offered homemade wine before in Amish homes, coupled with encouraging words about health benefits and moderation. 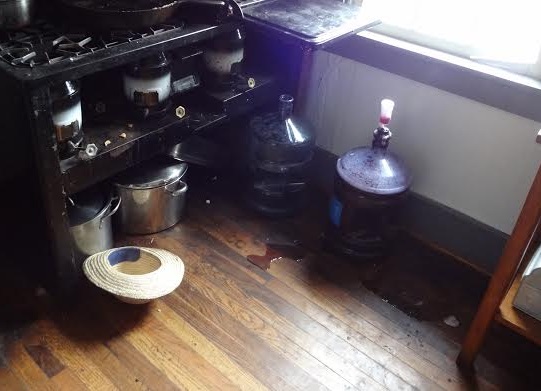 Some Amish drink recreationally, including beer and liquor.  Though likely less common than in the general public, Amish are not immune to social ills including alcoholism.  On the other hand some decidedly oppose consumption of alcohol. 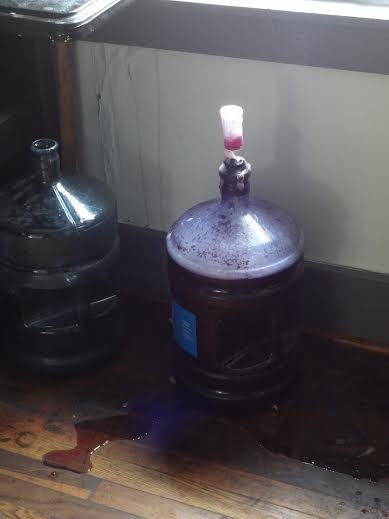 Wine is the alcohol most often associated with the Amish.  Last year we looked at a story on Amish workers in a Pennsylvania vineyard.  Wine and vineyards of course occur frequently in the Bible. Wine is used in communion services by most Amish. 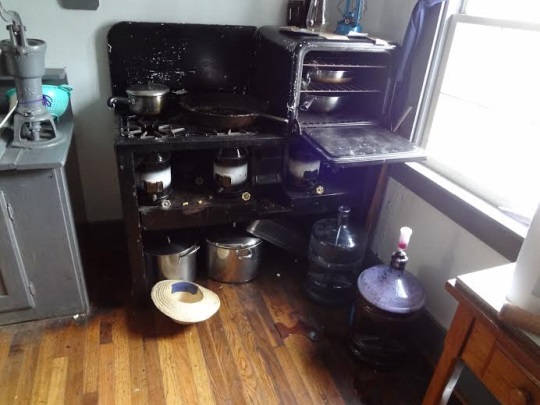 Reader Don Curtis, whose son Mark is Amish, previously shared that “most Amish families have their own grape arbors. They use the grapes to make grape juice which is canned. Also to make grape jam, jellies, etc. Homemade wine is made in Mark’s district by the deacon’s wife to be used at the twice yearly communion.”

Old Order church member Osiah Horst makes a good point as well:   “It would probably be up to individual communities and even individuals how strongly they felt about being involved in producing alcoholic beverages. For some, the fact that Jesus used parables about working in a vineyard would make the practice more acceptable.”

Winemaking and consumption is just another “Amish custom” which may be customary in one community but not in another.