Why Do Some Amish Ride Scooters (But Not Bicycles)?

Why do some Amish use scooters, but not bikes?

It’s a common question. I’ve never really come across a definitive answer, though have hit upon a theory or two after looking into it.

Today at Lancaster Online, Steve Nolt provides an answer. It includes a couple of elements I did not expect. 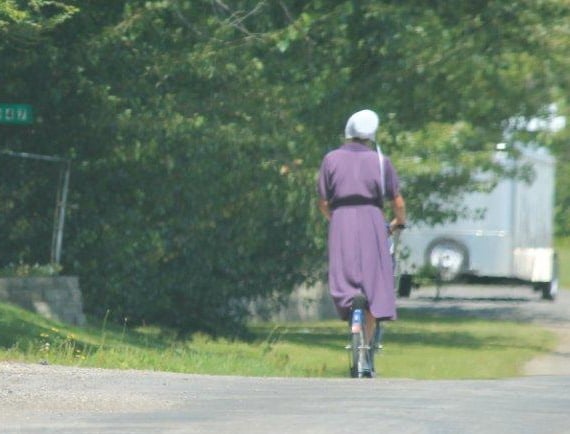 They’re powered the way most scooters are – by pushing off with one foot with the other planted on the wide, low-to-the-ground footboard. They have large bike-sized wheels, brakes, and a basket for carrying things, and not a lot more. 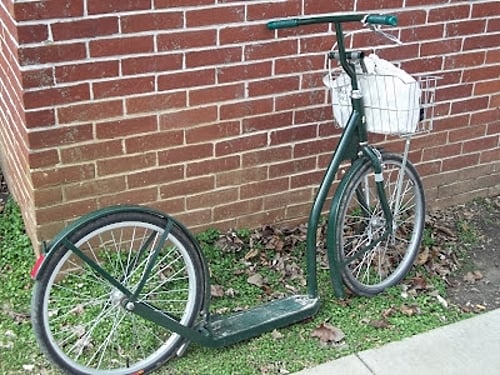 These scooters are technologically simpler than a multi-gear road bicycle. But in other settlements Amish use bicycles extensively, both for practical transport and recreation.

You might have seen them in places like Arthur, Illinois or northern Indiana. Some Amish even ride fancy recumbent designs. 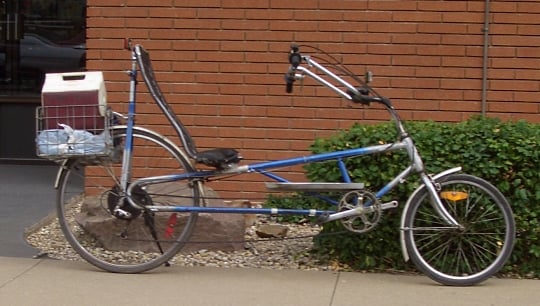 To top it off, e-bicycles have taken off in the Holmes County, Ohio community, adding a motorized element and greatly increasing speed and range. 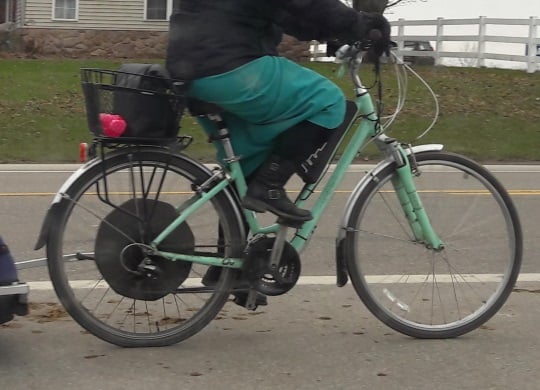 So why do these Amish hold fast with the scooter? According to Nolt, there are three factors leading to this state of things today:

Bicycles used to be an expensive means of transportation in the 1800s. For reference, when the bicycle was released in 1878, it cost $125, according to the International Bicycle Fund.

That would set the average person back around $3,355 in today’s dollars, according to an inflation calculator.

And, for rural back roads, bicycles aren’t incredibly useful; the roads weren’t paved enough to ensure a steady ride.

Amish churches decided that they were impractical, so they weren’t integrated into day-to-day practices, according to Steve Nolt, professor of History and Anabaptist studies at Elizabethtown College.

“As in many societies, once a precedent is established, it’s resistant to change,” said Nolt in an email with LNP | LancasterOnline.

“By that time, bicycles were simply not part of the Amish symbolic world, and scooters filled that role, both practically and symbolically,” Nolt said.

So once roads became paved, two-wheeled transport began to look more appealing. But the bicycle had already been deemed impractical.

Perhaps there was also a stigma attached to them if they were already being used by a more progressive neighboring church or group of people, a dynamic which factors into some Amish technology choices (my speculation).

So the scooter becomes a simpler alternative which solves a need for basic one-person transportation (note: in Lancaster County at least, you may find exceptions to this rule, with bicycles seen in some churches). 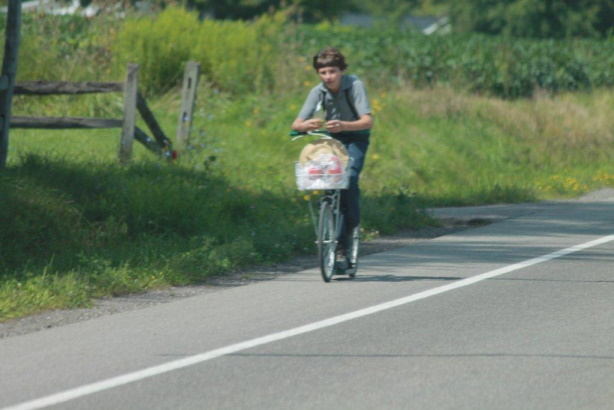 The push scooter is typically seen in several popular colors, the most common being red, green and blue. It has become something of an iconic symbol identified with the Amish, along with the buggy, beard, and kapp.

If you’ve tried riding these, you know it’s not as easy as it looks. At least it hasn’t been for me the times I’ve taken a crack at it. Though happily I’ve avoided any major wipe-outs or accidents.

At least two Amish manufacturers produce the scooter, with the best-known being Groffdale Machine Shop in Lancaster County. By chance I met another Amish scooter maker in 2007, who I’m not sure is still in the business or not.

This photo shows scooter frames and parts inside the business housed in a building on his farm: 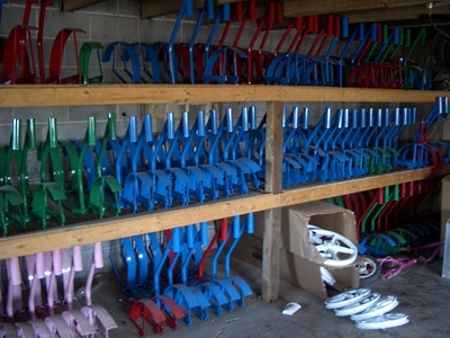 Amish children and adults both use the scooter. Children ride them to school. An Amish farmer friend of mine uses his to shuttle back and forth between his home and the land he is currently farming several properties over. They’re a part of daily life for many Amish people.

And thanks to Steven Nolt’s explanation, next time you see an Amish person on a scooter, you’ll no longer need to wonder why it’s not a bike.