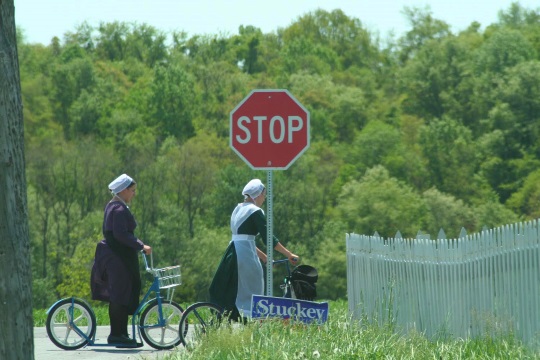 I think we can include the classic kick scooter as one of those icons of the Amish, along with the horse-and-buggy, hand-stitched quilt, straw hat, and so on.

Even though many Amish don’t really use scooters (e.g. Amish in a lot of Midwestern communities), they are closely connected with the Amish in Lancaster County, where they’re visible everywhere.

And with Lancaster Amish the most visible of all Amish, that means the scooter is an “Amish thing”. 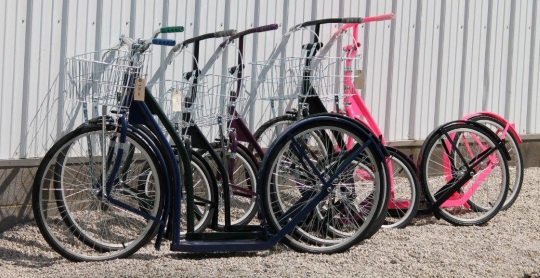 Amish in Lancaster County generally don’t use bicycles, though you will see Old Order Mennonites riding them.

Jack Brubaker, aka “The Scribbler”, recently addressed a reader question on the large-wheeled scooters popular among Amish. 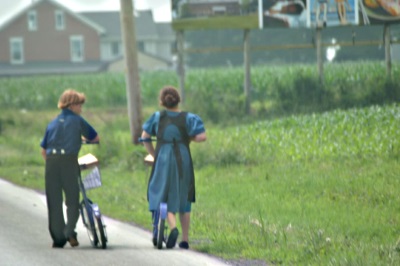 He says there are at least two sources making them in Lancaster County.

I visited one Amish scooter business in 2007, though I don’t know if the owner, also a dairy farmer, still builds them.

“People started making scooters out of old junk bikes,” says an Amish source in Gordonville. “Then Groffdale Machine decided to make them from new materials.”

Today, Groffdale Machine Shop in Leola is the largest scooter manufacturer. Alongside its other welding projects, Groffdale makes over a thousand scooters a year “from scratch,” according to the company’s owner. 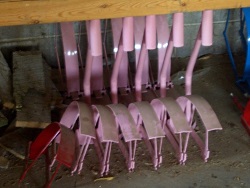 The company began making the scooters in the mid-1970s, modifying old bicycles.

If you want an Amish-made scooter, you have choices to make:

The scooter shop I visited had pink frames, in addition to classic colors like red and blue, though the owner said the pink ones hadn’t really taken off.

Why, when Lancaster Amish are otherwise quite progressive, as Amish go, on technology, do they stick with the scooter?

A Lancaster Amish friend theorizes that scooters have remained while many other technologies have entered the community because there simply isn’t a good economic rationale to push the scooter aside for the bicycle.

Sometimes Amish churches hold fast on certain, often symbolic, aspects of their culture, even though moving on to something else wouldn’t really threaten the church or community. 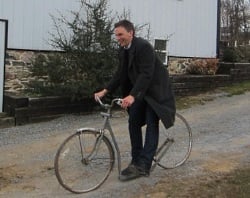 I’d guess Groffdale Machine, for one, doesn’t have a problem with local bishops holding the line on the scooter.

Ever taken one of these scooters for a spin?

Get an Amish-made Scooter

If you’d like to buy an Amish-made scooter, you can order one made by Groffdale Machine, via Amazon.

Here is the link to the 16″ wheel child’s scooter

These are advertised as the same type that Amish use in Lancaster County.

Each comes in a variety of colors, including navy blue, maroon, black, and dark green. 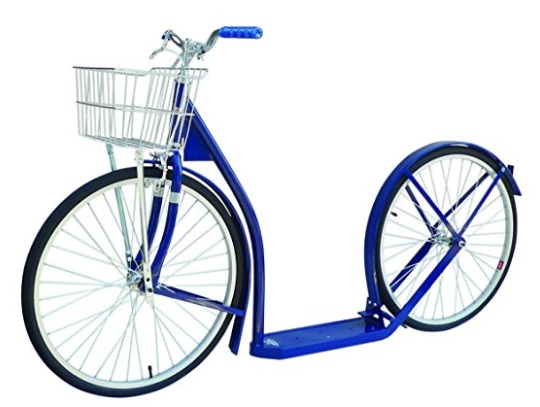