Visiting The Most Conservative Amish (One thing to keep in mind) 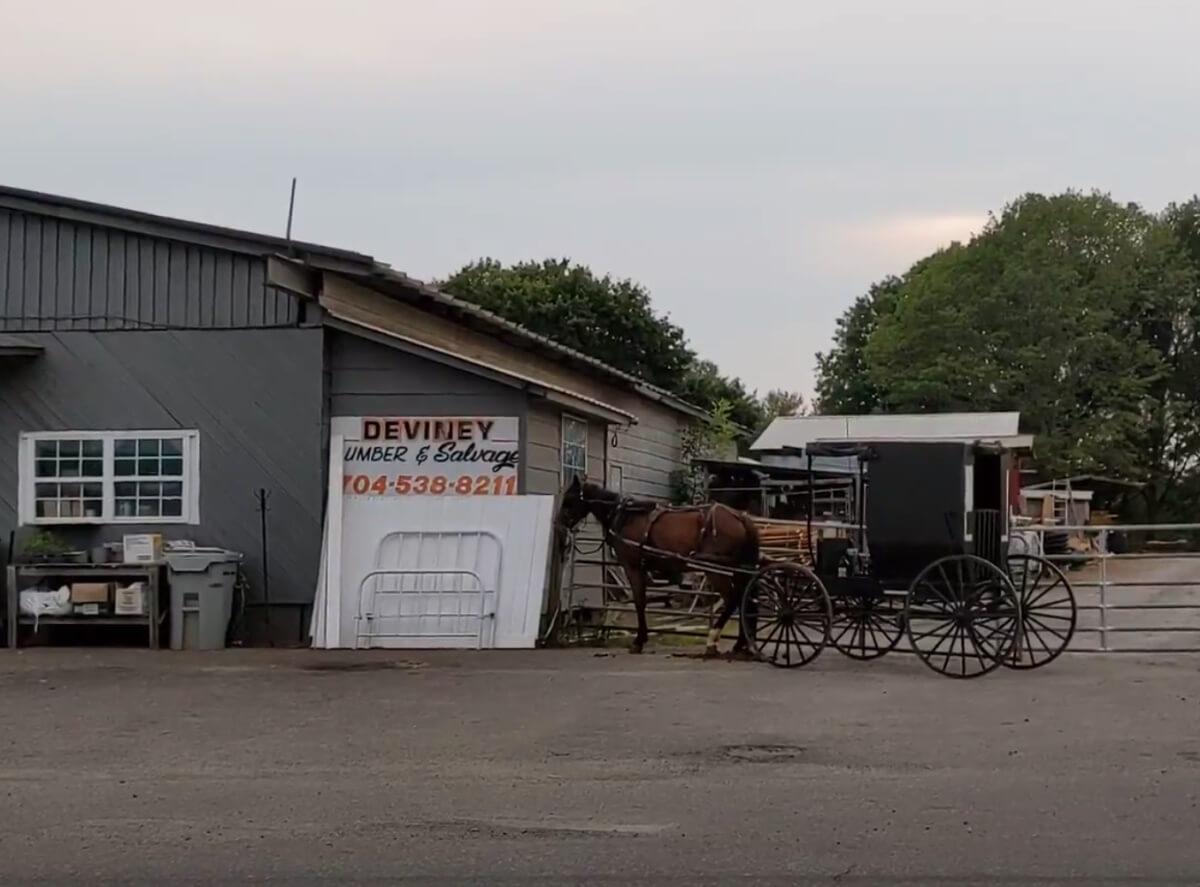 This community uses an Ellenboro mailing address, though they are near the town of Polkville as well (the buggy photo at top is Polkville).

I also put together two videos from that visit so far – one from Gideon’s woodworking place, and the second from the soaps shop. 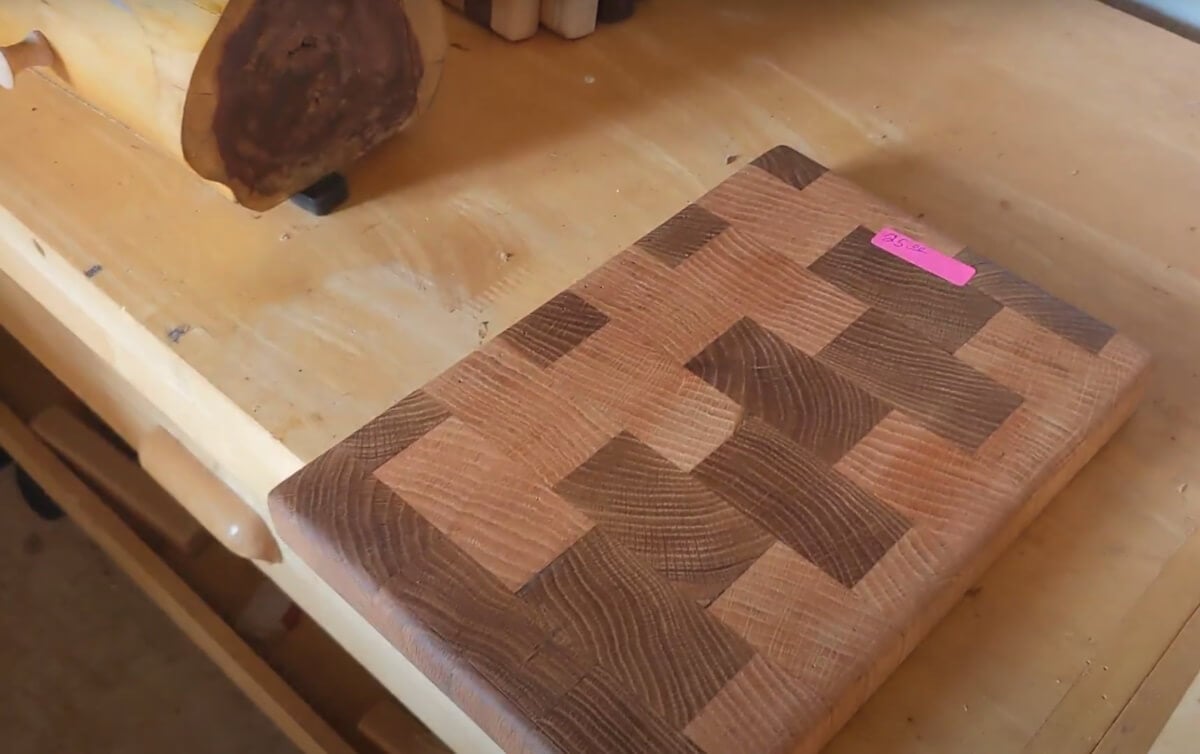 Visiting the Swartzentruber Amish (one thing to keep in mind)

Swartzentruber Amish are essentially the plainest and slowest-to-change of all Amish. Yet that doesn’t mean they are reserved, or as closed to outsiders as some might assume. I’ve found Amish in this community as well as in other Swartzentruber settlements to be generally warm and down-to-earth, belying their rather austere appearance. 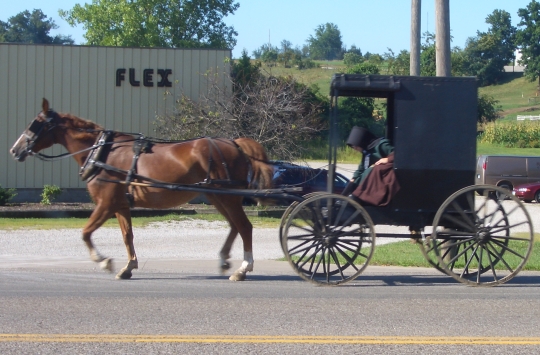 Truth be told, I’ve had more interactions with Amish from this group in their southern settlements, though have also met some nice folks in Ohio for example (see here and here). 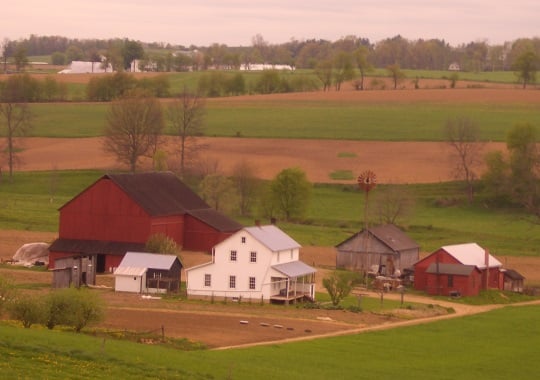 When visiting these plainer Amish communities, there’s one thing to keep in mind. I think that sometimes when people visit the Amish, the non-Amish visitor can be a bit uptight and worried about offending them by saying the wrong thing.

This makes for an uncomfortable visit and everyone ends up feeling awkward (this is how my first-ever visit to an Amish home in 2004 went 🙂 ). But it’s good to remember to just treat Amish people like people since that’s what they are. And they’re not as easy to offend as people might suppose.

Even these most traditional groups. They enjoy jokes, even corny humor, as I’ve discovered when sharing some of my own. That doesn’t mean don’t be respectful, but it also means not to treat them like museum pieces.

Funny enough, I’ve found I’ve had to tread a bit more lightly regarding some topics around people from, for instance, the New Order Amish churches. I think people would assume that to be the case with the more materially conservative Amish, but that hasn’t been my experience.

Back to this latest visit – while at Gideon’s, along with the cutting boards and rocking chairs, I discovered a wooden item I’d never seen before, but which you could see might be popular among the Amish. The hint I’ll give is that it has to do with preserving food.

Gideon is just starting out in the business. He was very pleasant to visit with and spent some time talking with us after we finished recording. In the video Gideon shares some of his plans and hopes for his new venture. 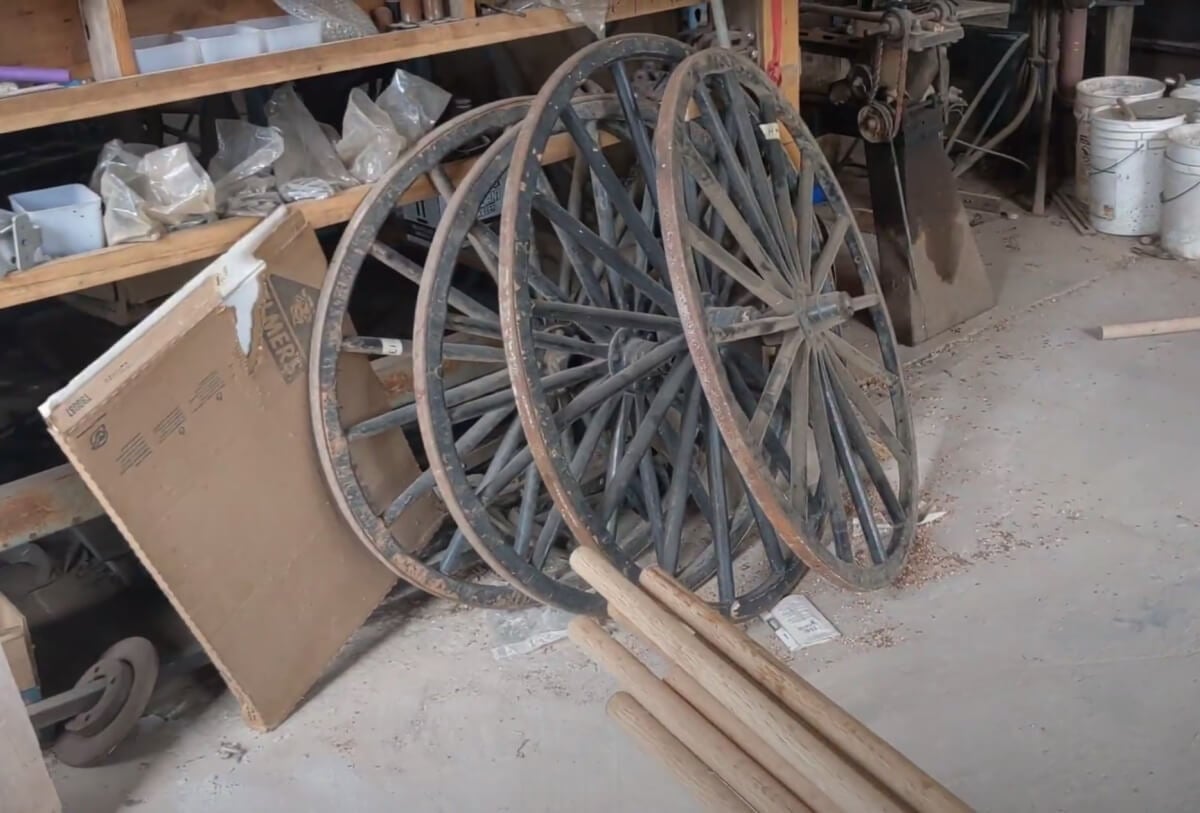 Gideon’s father Herman runs a buggy shop on the same property, and there are some glimpses of that in this video as well. Check it out here:

Visiting the Most Conservative Amish

Next we have a look at the handmade soaps & lotions business, run by Fannie Gingerich. Husband Enos gave us a look in the simple shop, which is housed in a basement area in their previous home (they’ve since built a new home and the previous building will become the HQ for Enos’s outdoor furniture business). 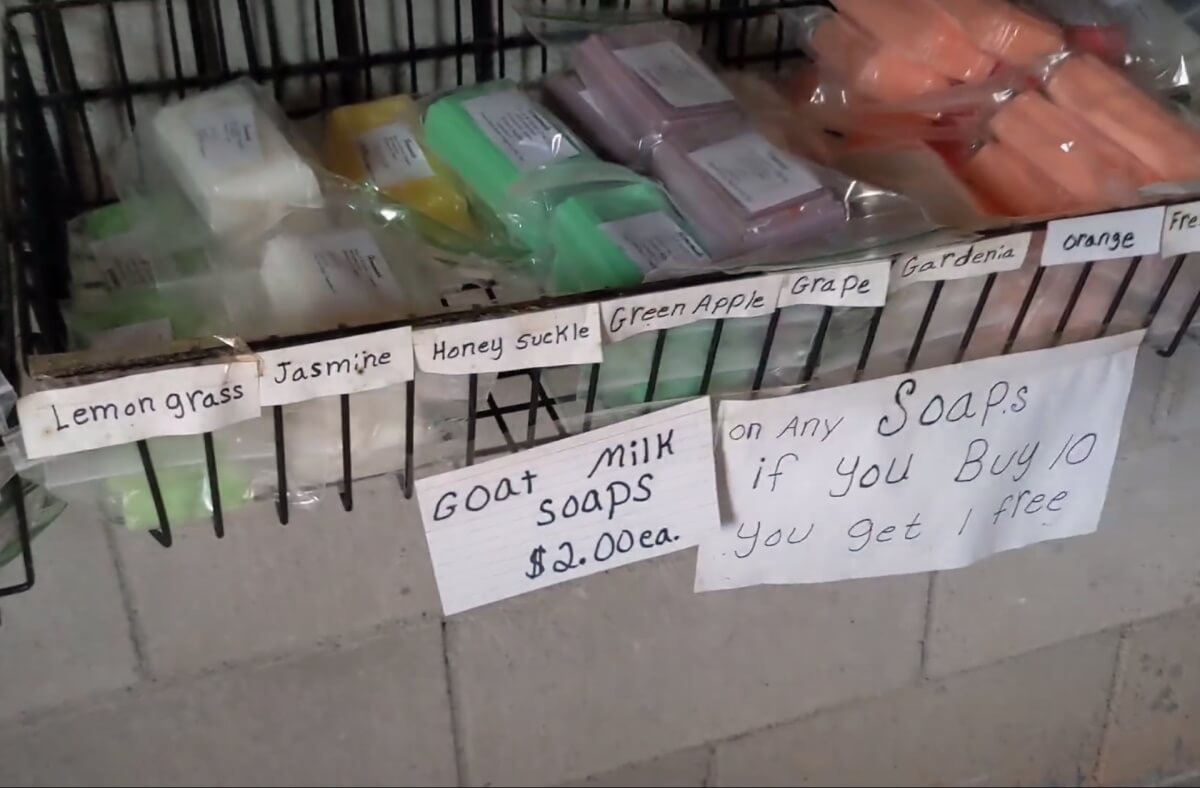 In this video, Enos answers some questions about the business and my brother and I pick out some soaps. You might be surprised by some of the unexpected scents that they sell. Unfortunately Fannie does not show up in this video but Enos covers things pretty well.

I still plan to do a video on Enos’ furniture as well. It looks like his business has become more established in the past several years, which was nice to see. 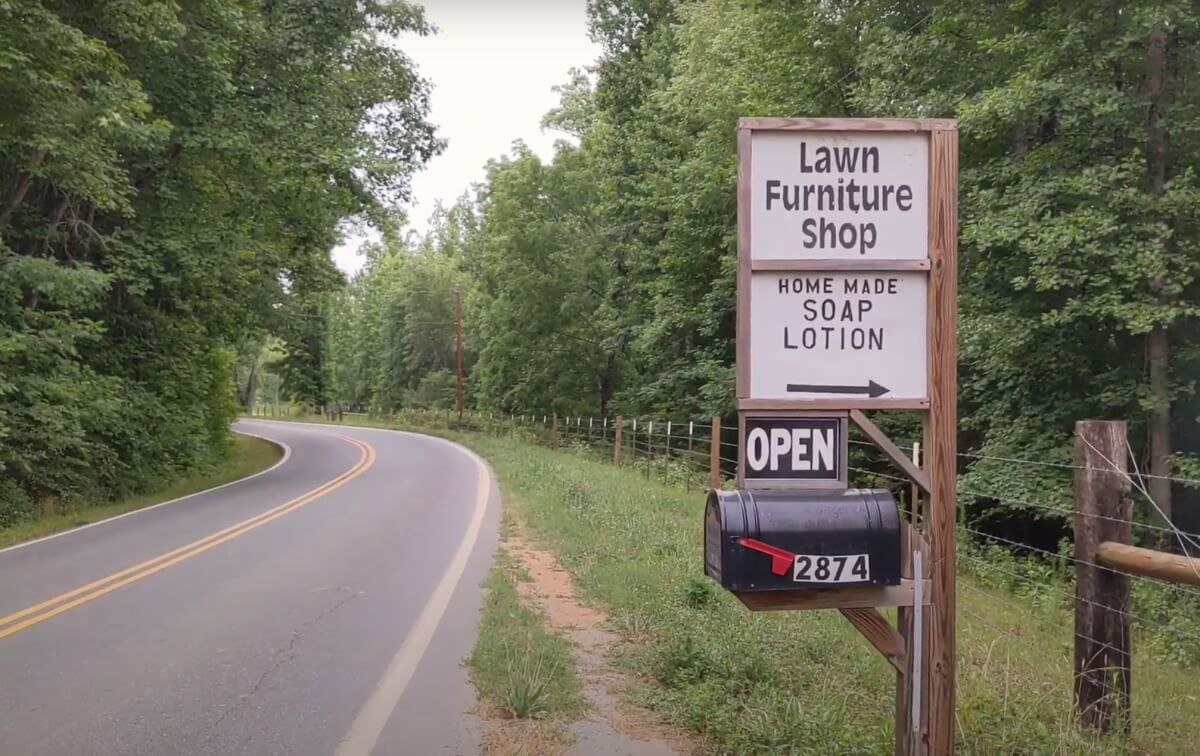 Finally, I was a bit disappointed to learn that the very first person I got to know a bit in this community, Emanuel Gingerich, had moved back to his home settlement of Ethridge in Tennessee. 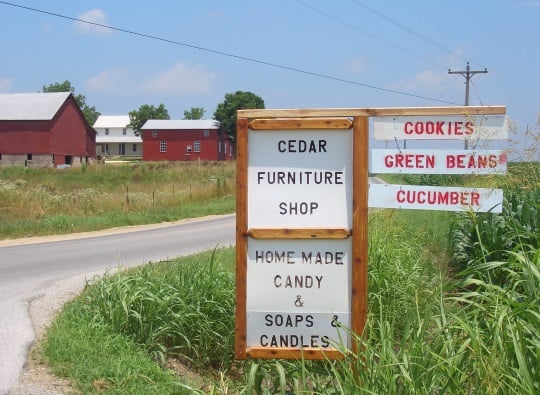 Emanuel was the one with a custom woodworking shop, and is a minister in the church (covered in this 2019 post). I’m looking forward, however, to hopefully surprising him on a future visit to Tennessee. Emanuel also spent a good bit of our first meeting puffing on a Backwoods-style cigar, another common-enough custom of this group which might surprise some. 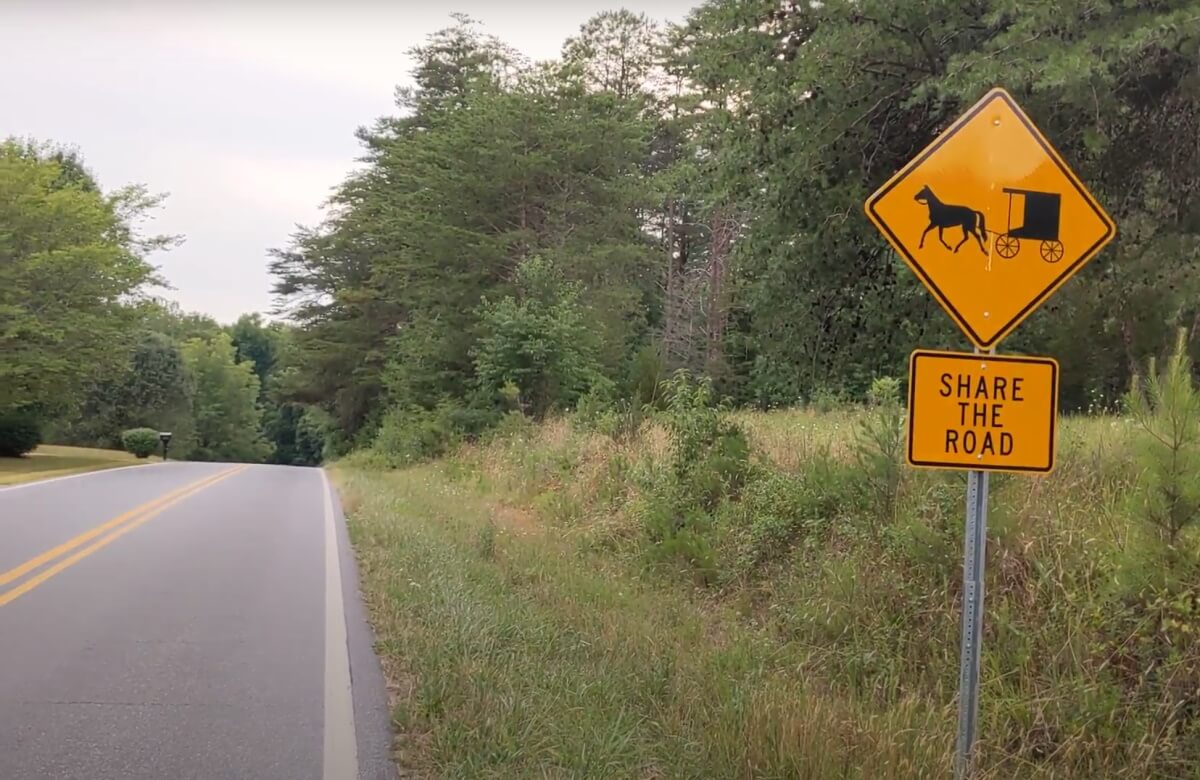 I hope you enjoy these looks at a small but growing traditional Amish settlement. And if you didn’t catch the original post, you’ll find that at the link in the top paragraph.