A sheep shearer’s journey down the Holmes County Trail

The Holmes County Trail was the result.  The paved part actually stretches from Wayne County–Fredericksburg–around ten miles down to Millersburg, the Holmes County seat.  It continues on in both directions unpaved.  Motorized vehicular traffic is banned.

Local Amish consulted on construction of the trail, with the result being a very accommodating design–half of the trail covered in a smoother asphalt, allowing bikers and walkers an easier ride, with the other side a rougher ‘chip-and-seal’ surface, easier for horses’ hooves to grip. 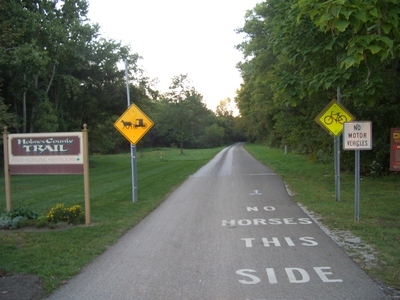 Heading back to Fredericksburg from Millersburg on a September bike ride, I bumped into a friendly Swartzentruber Amish man clunking along on a return trip from all the way down in Knox County, which borders Holmes to the southwest.  He had already been on the road around eight hours that day, with a pit-stop at the Millersburg Wal-Mart. 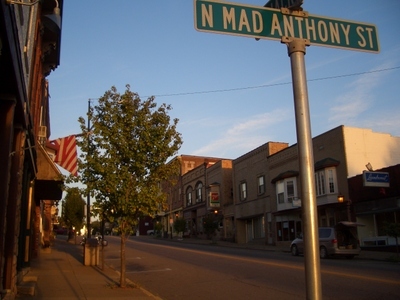 ‘Isaac’ is a sheep-shearer, and fairly well-known in the community.  Some of my New Order Amish friends were familiar with him when I brought him up the next day.

Isaac is apparently quite a mean shear and a good deal to boot and seems to be frequently in demand.  On this particular outing he had spent a couple days at the sheep farmer’s home while completing the job, as is his typical custom.  Swartzentruber Amish are only allowed to hire cars in dire circumstances.  So for jobs like the one that Isaac was on, he has no other choice but to hitch up and hit it. 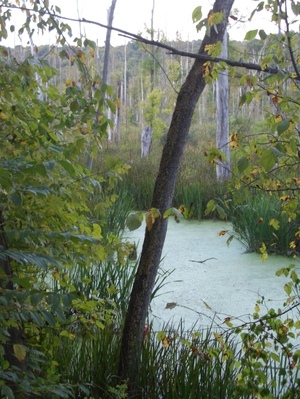 Isaac had stopped by the side of the road and was in the process of lighting his oil lamps to hang on the sides of his open rig.    Dusk was fast approaching and the heavily shaded trail had grown dim. Swartzentruber Amish are among the few groups that will not use battery-powered lights on their transportation.

Isaac and I chatted awhile before I handed him a switch he’d dropped and we headed on down the road.  The impending dark had us both thinking about home. 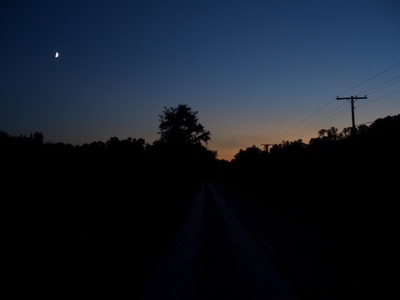 Seems I would be getting there a lot sooner.  I estimated Isaac had at least another two hours of travel to reach his final destination in Wayne County.  I wonder how he passed the time on the way.

Just you, the horse, and the open road.