I am visiting Amish communities in northern Indiana this week.  Yesterday I was in Adams County for a little while. I needed a pie for a dinner later in the evening in Lagrange County, and so embarked on a bakery expedition.

I first stopped by R & E Sales, which you might remember from a post on marketing with Amish recipes.  The lady at R & E, after admitting the only pies she had were a few days old, helpfully pointed me to Countrylane Bakery, about a 15-minute drive away.  She also made sure I had a community map/business brochure to take along. 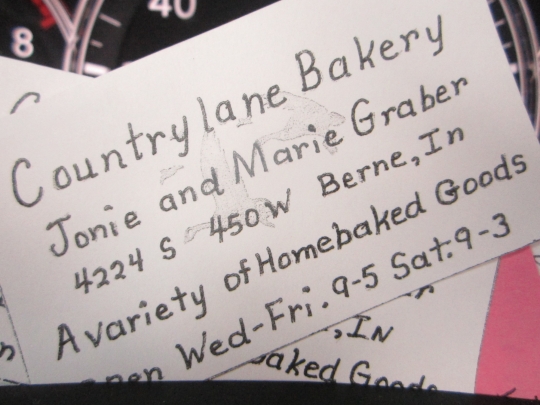 Adams County is not like Lancaster County, with retail stands and shops at seemingly every other household. Construction businesses are more common here, though you will see a decent share of signs for places you can stop (produce stands, the occasional dry goods store, etc) if you drive around long enough.

To my surprise, I had visited this business before, when it was just a fabric shop.  The bakery side of the business had been up and running for about six months, and competed for floor space with rolls of fabric and other items. 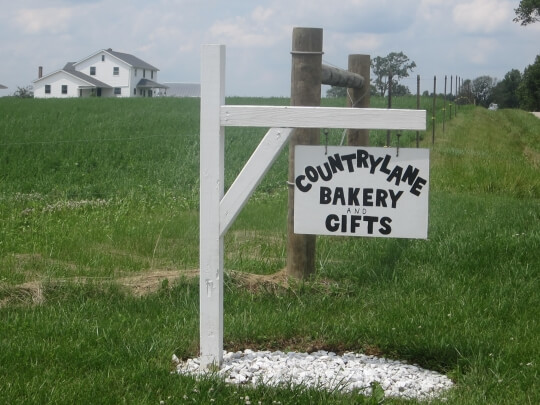 Countrylane had exactly two pies in stock when I arrived, among its cookies, cinnamon rolls and fry pies–a pecan pie, and to my surprise, a shoofly.  I asked the lady who eventually arrived after at the counter from the house (this is a small shop, so people aren’t always at hand) what was going on here, since shoofly is really a Lancaster County thing.

They had gotten an order for shoofly that day–their first ever–and that one was left over.  She admitted she was not really all that familiar with the pie.  Since you don’t order spaghetti in a Chinese restaurant, I decided to go with the pecan, a good call as it turned out to be the favorite of at least one of the evening’s hosts.  This cost $7: 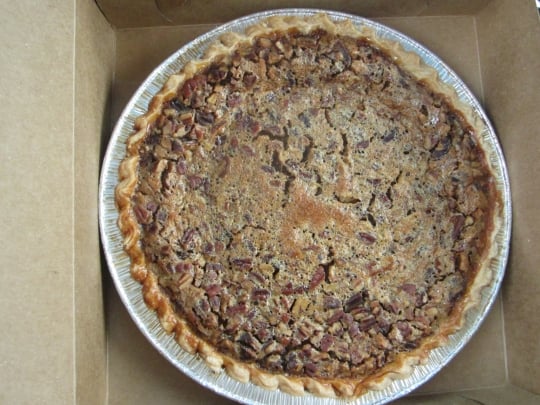 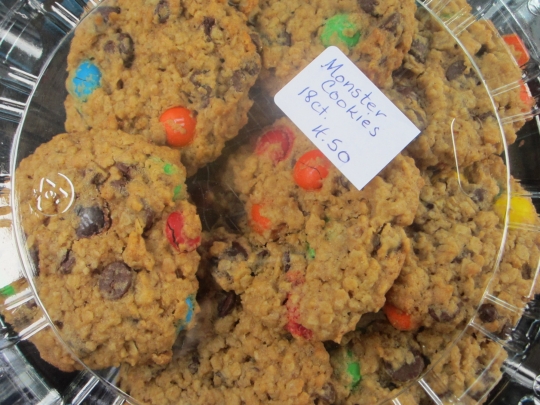 It’s a small shop, but if you’re there at the right time, you should find some nice baked goods. You can also check out the selection of fabrics and other items they sell.

Today I’ll be in Allen County and then back to Lagrange.  I don’t know if I’ll make it to the Topeka 4th of July buggy races, but it’s a possibility.  Those will follow a town parade this evening at 6:15, or whenever the parade gets finished.