While in Lancaster County I took a trip with a friend and his son to an Old Order (horse-and-buggy) Mennonite community in the Buffalo Valley area of Pennsylvania. 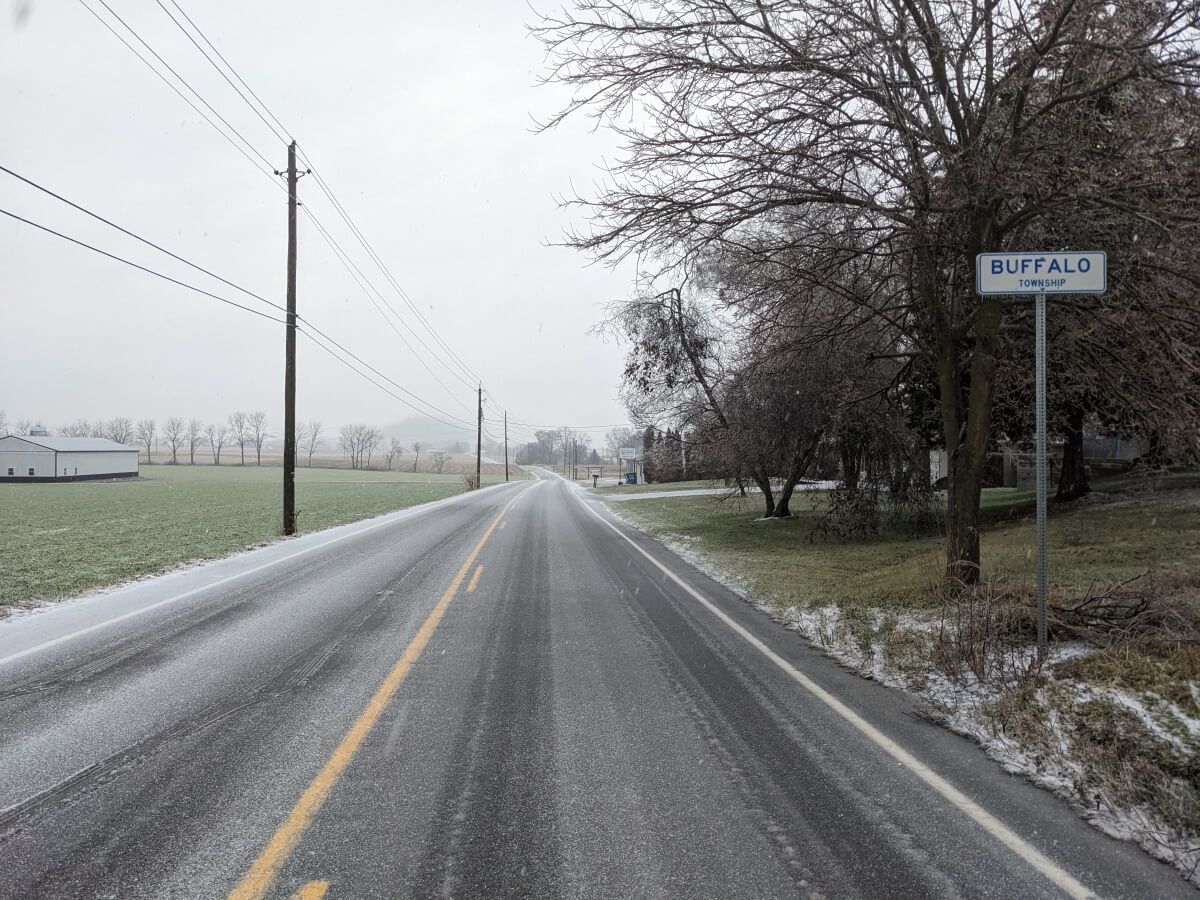 It’s about a two and a half hour drive and there had been inclement weather that day, which worsened as we headed further north. We did get a nice visit at the community which I’ll go into more in a future post & video. 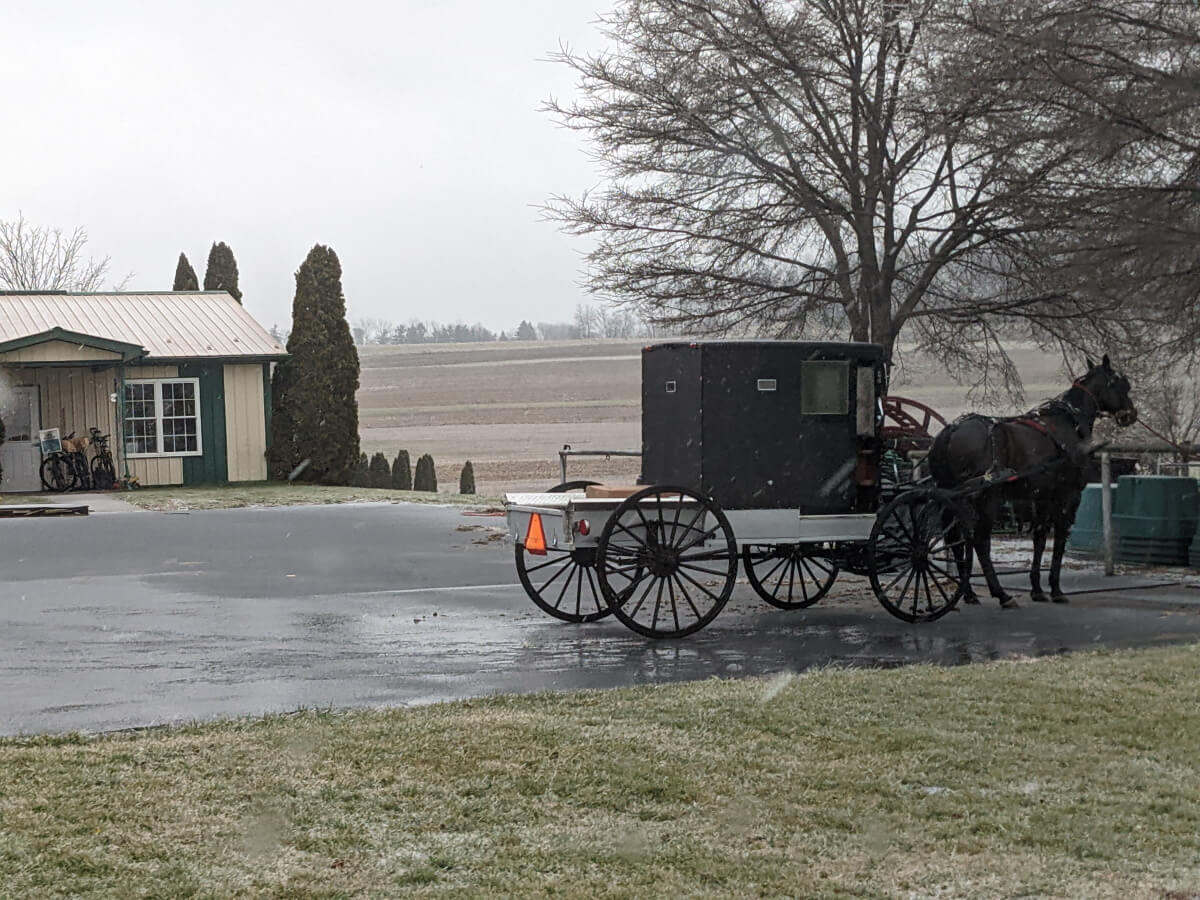 On the way back we happened to pass through a second horse-and-buggy Mennonite community, in Snyder County. Their homes were visible off the highway which appeared to have been laid between numerous small towns and the Susquehanna River.

No doubt they had to destroy some old homes to do this as it felt you were driving through people’s front yards for a lot of the way. These included a number of Mennonite homes in the area of Port Trevorton. 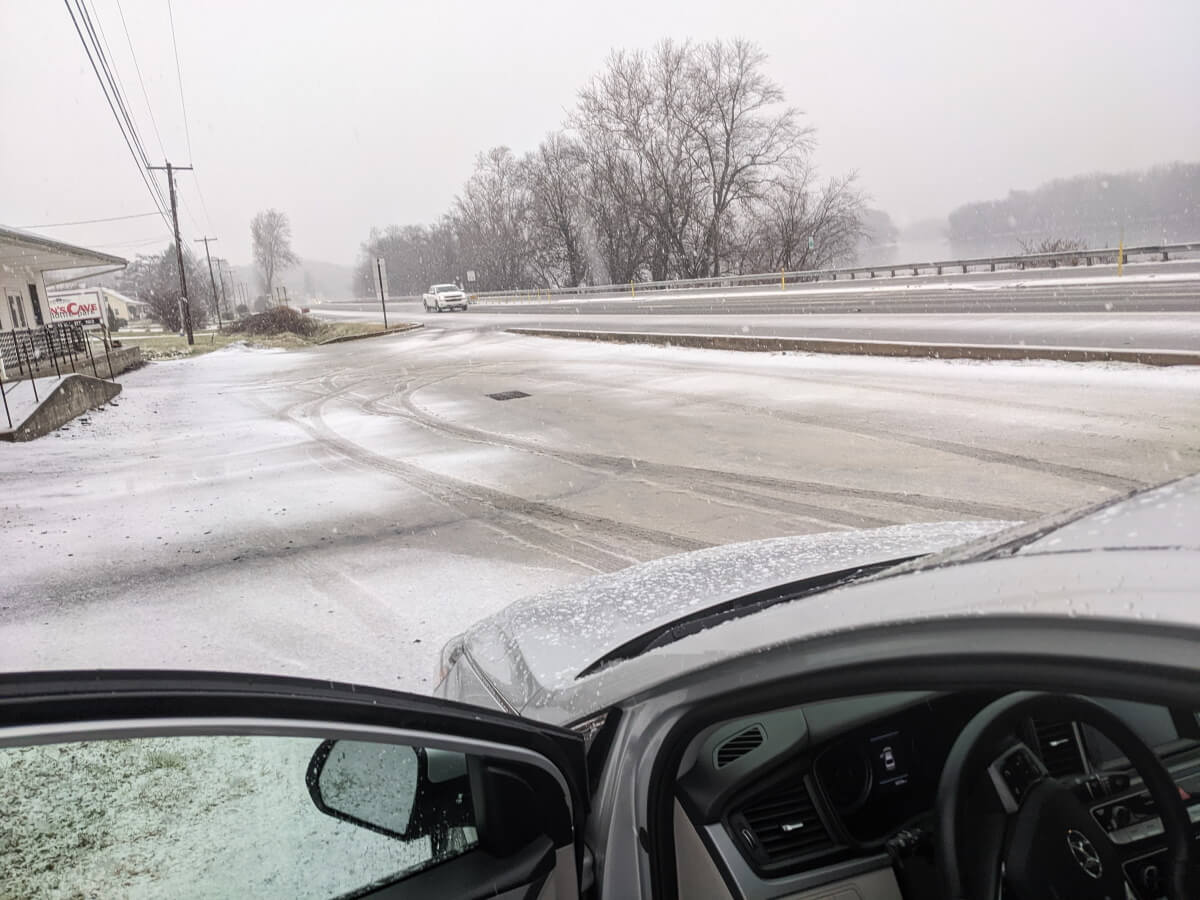 As we drove by I noticed what appeared to be a plain store up ahead. So even though we were due back for a Christmas dinner, I made an impulse stop and got no protests from my passengers 🙂 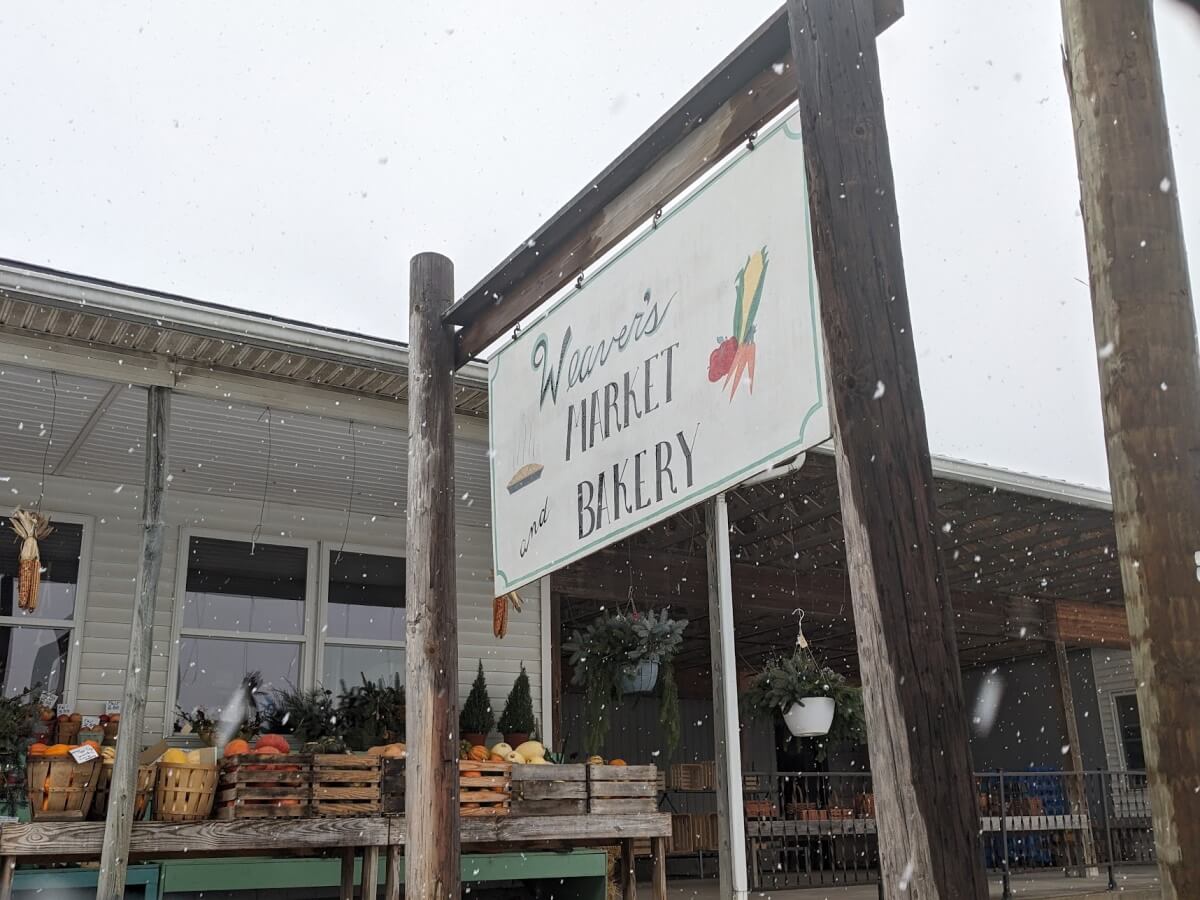 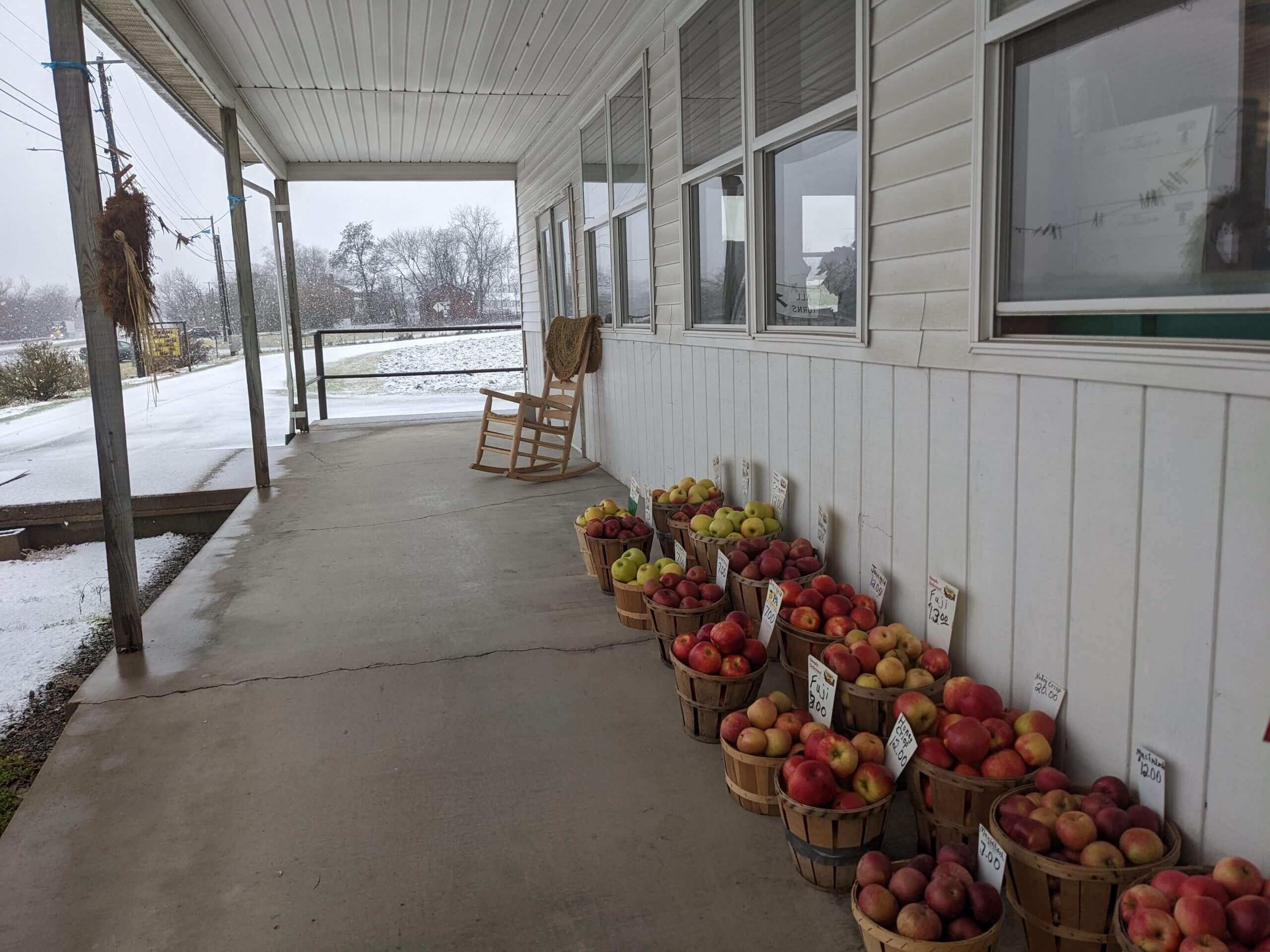 We first went into the little store which very much resembled an Amish store. 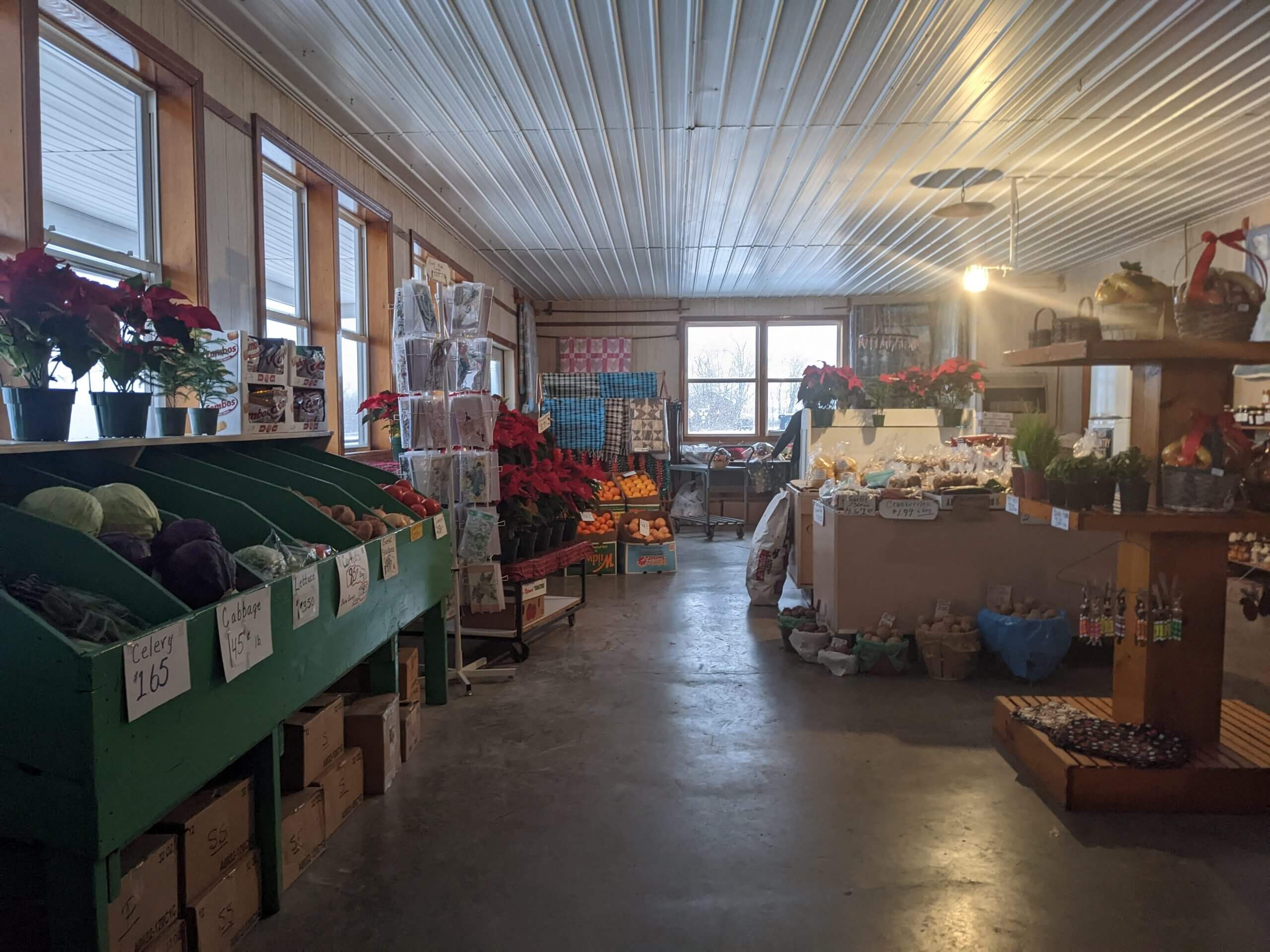 This group uses the same lighting as horse-and-buggy Amish (some plain Mennonites permit electricity in homes and shops). 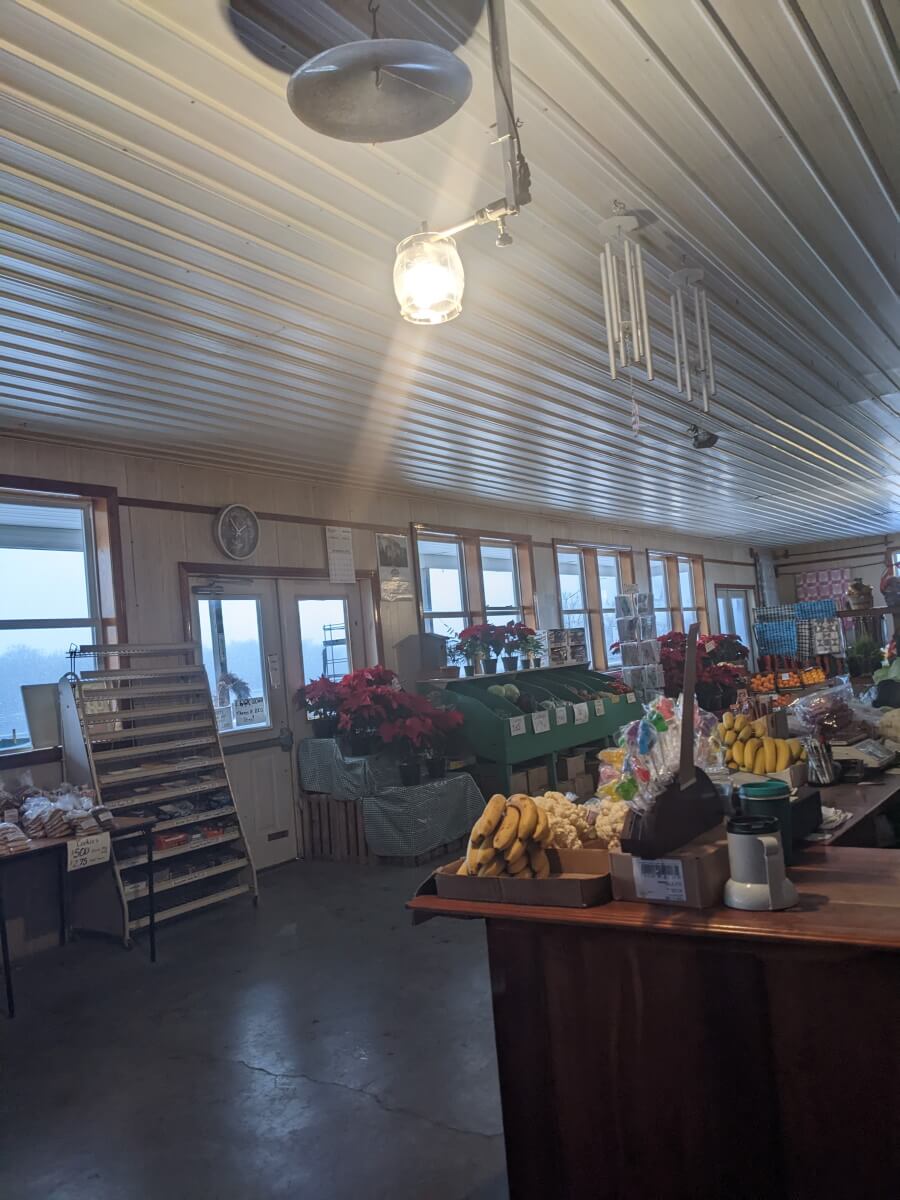 This group is the Stauffer church (aka Piker Mennonites) which is the plainest of the three groups found in Lancaster County (which also happens to be where they originated from). 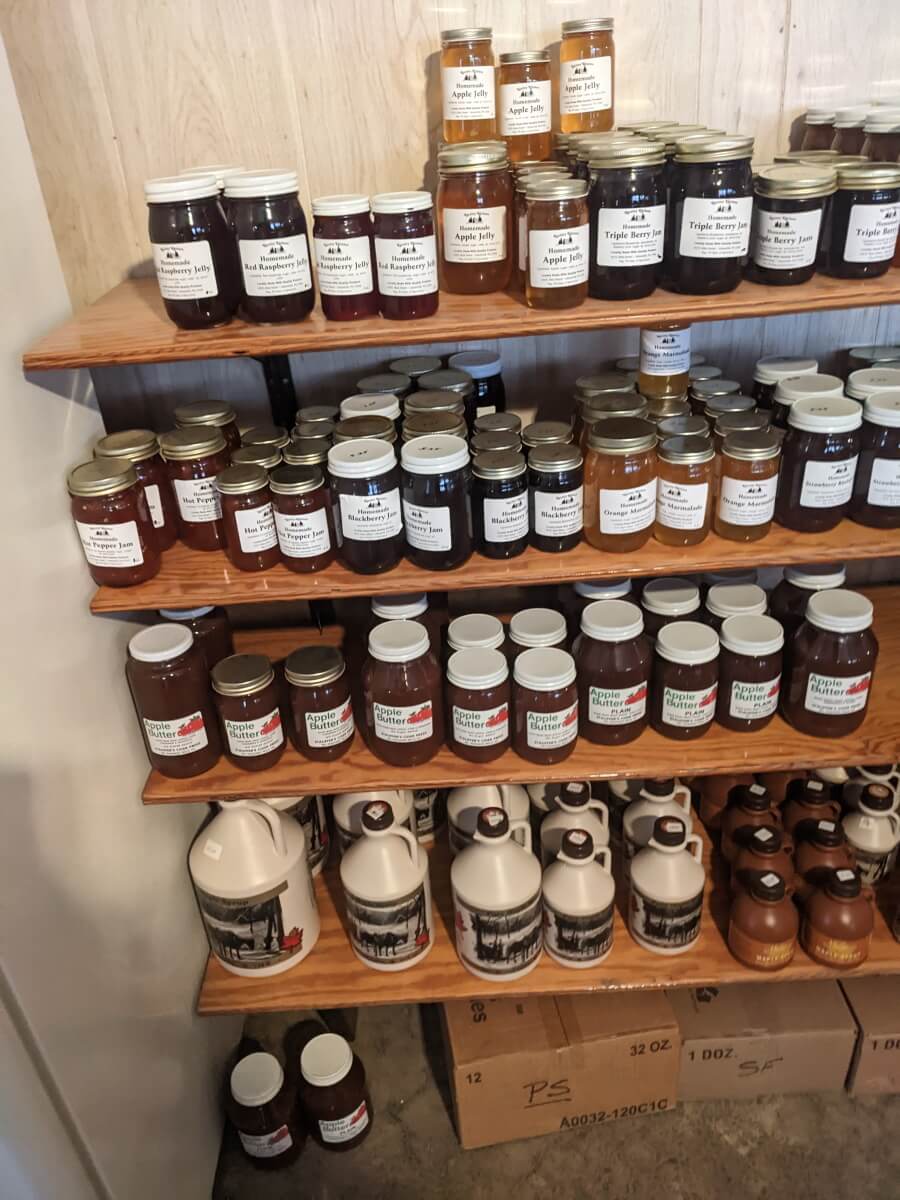 The store had a lot of the types of items you’d expect in an Amish store. Food, books, some gifts and more.

For example, they had a nice stock of Christmas gift baskets: 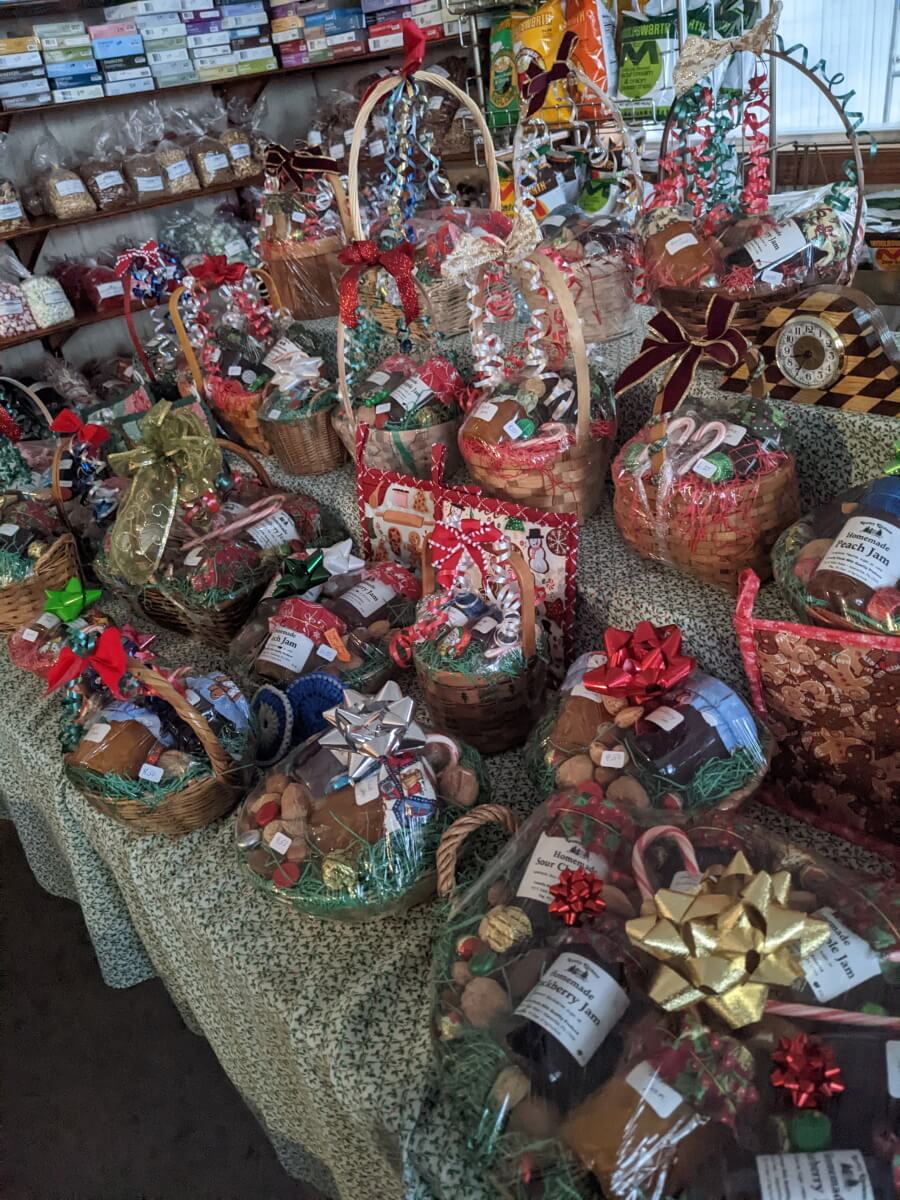 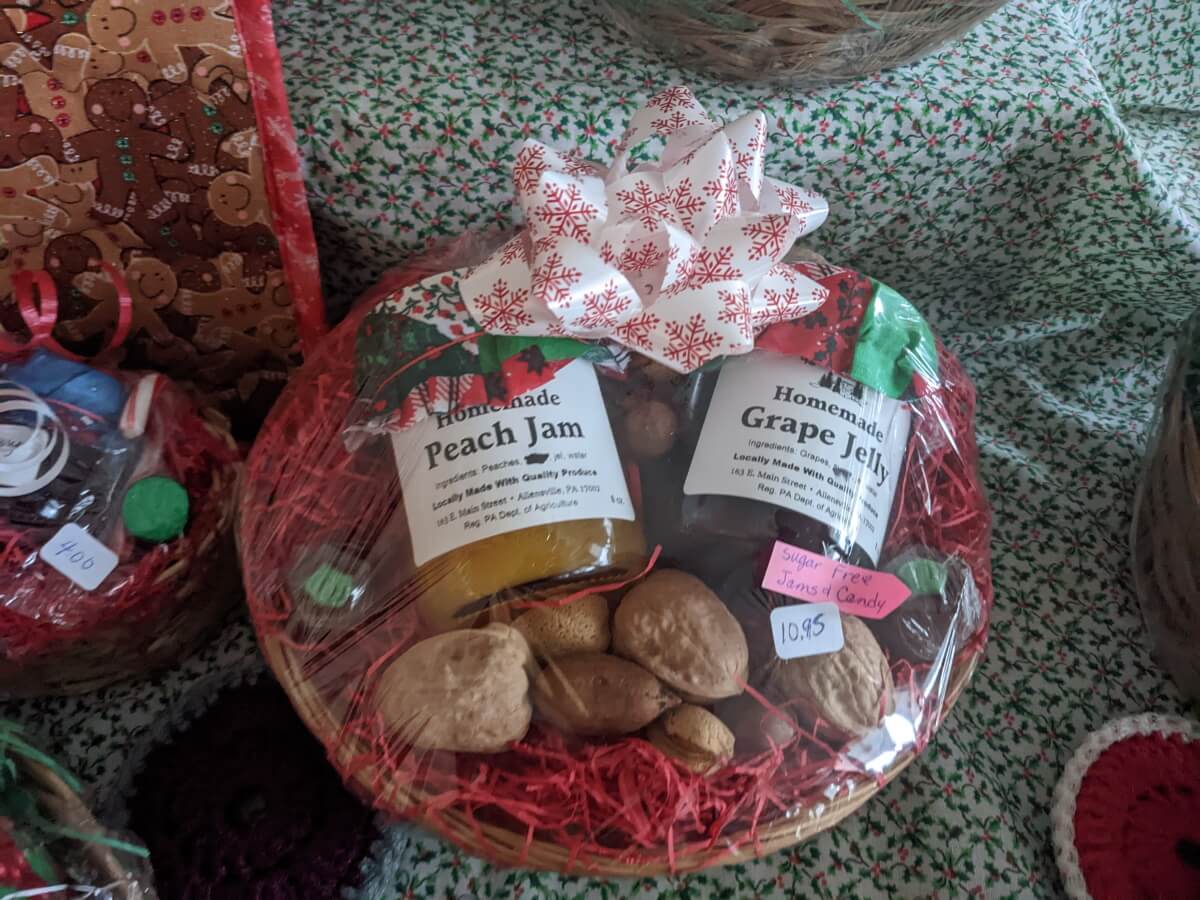 I found it interesting that they sold “Amish Country” postcards: 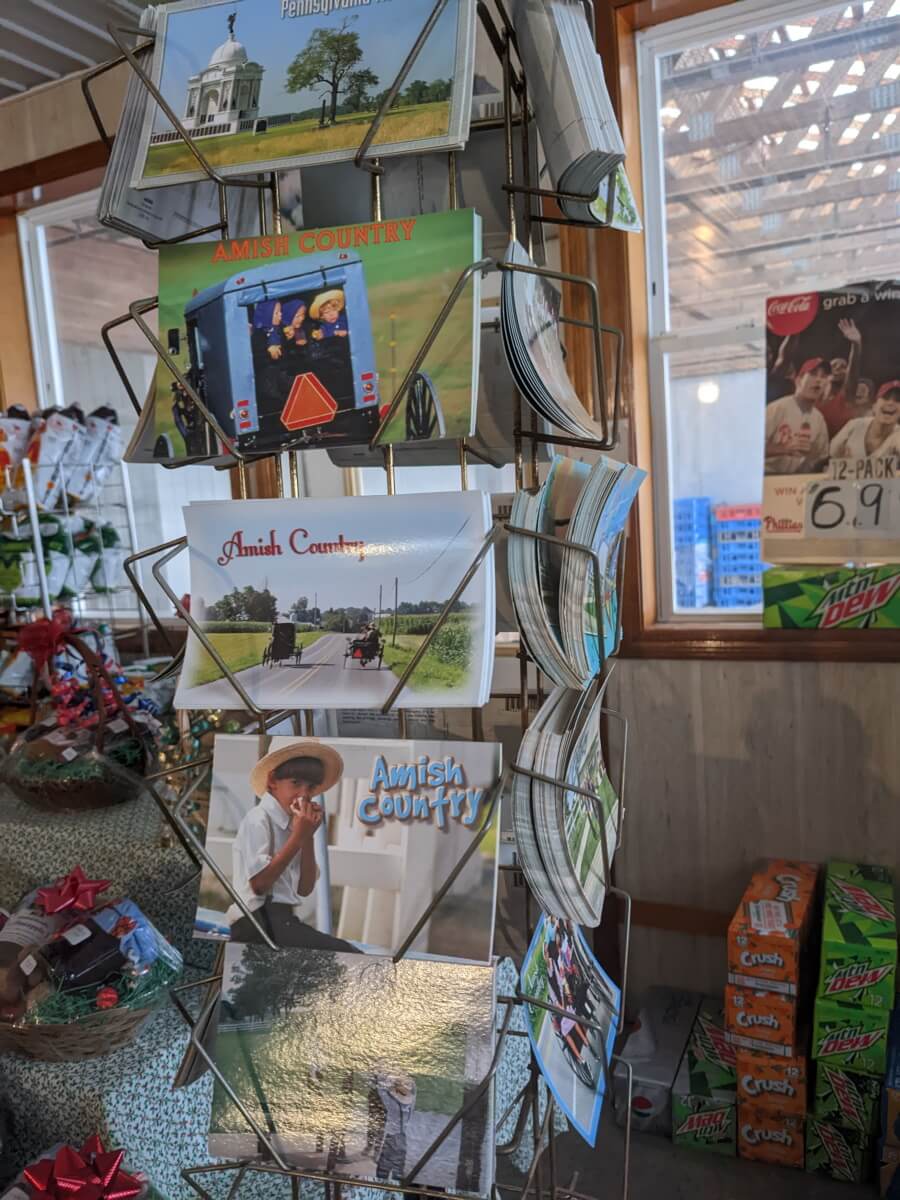 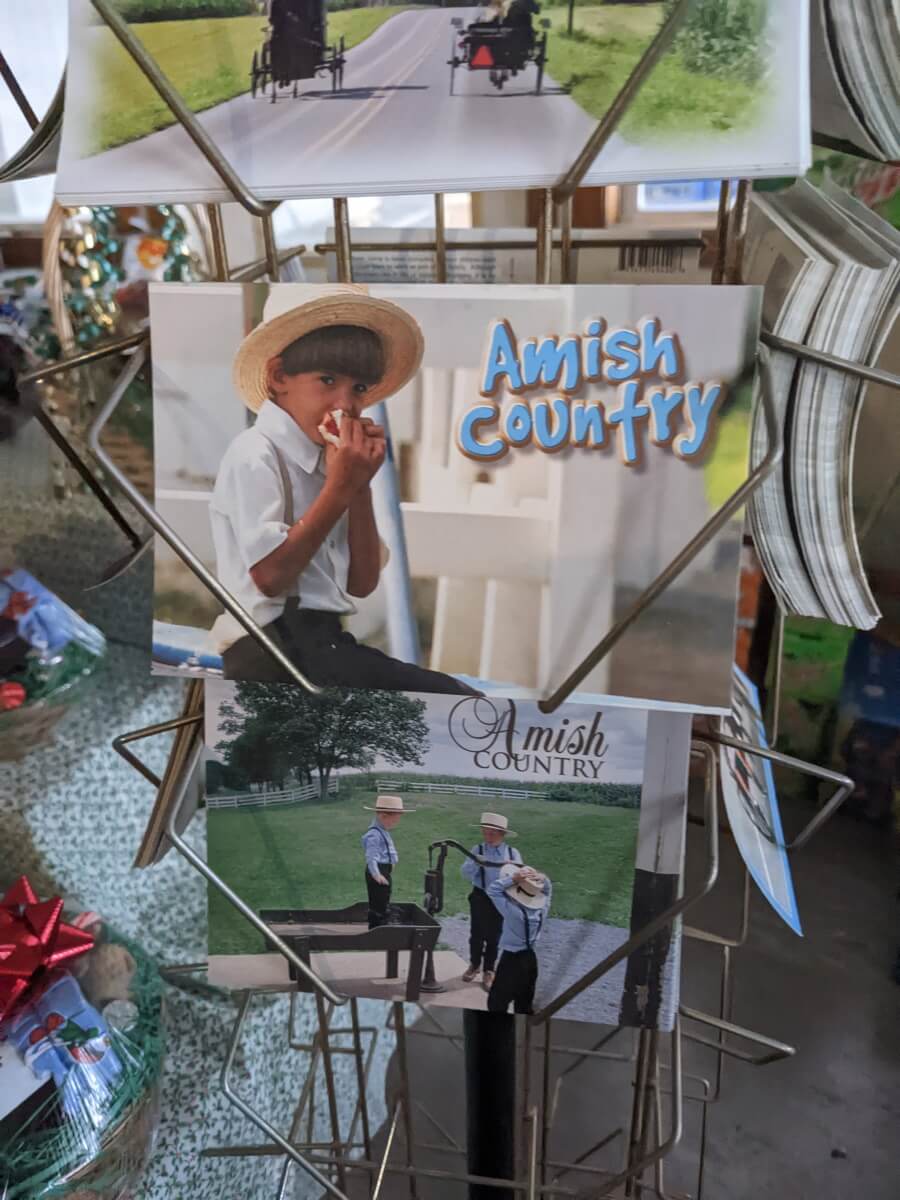 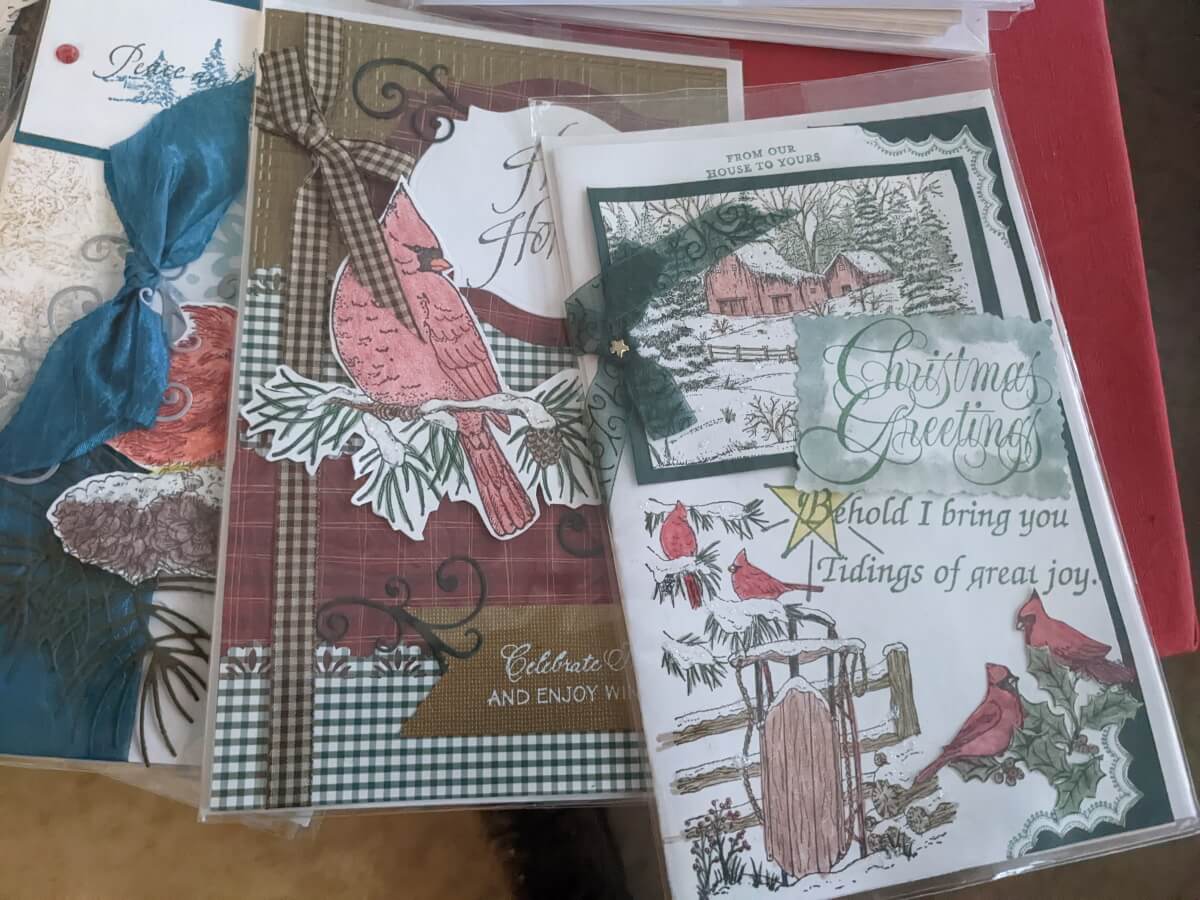 Some local cookbooks. One for men in particular: 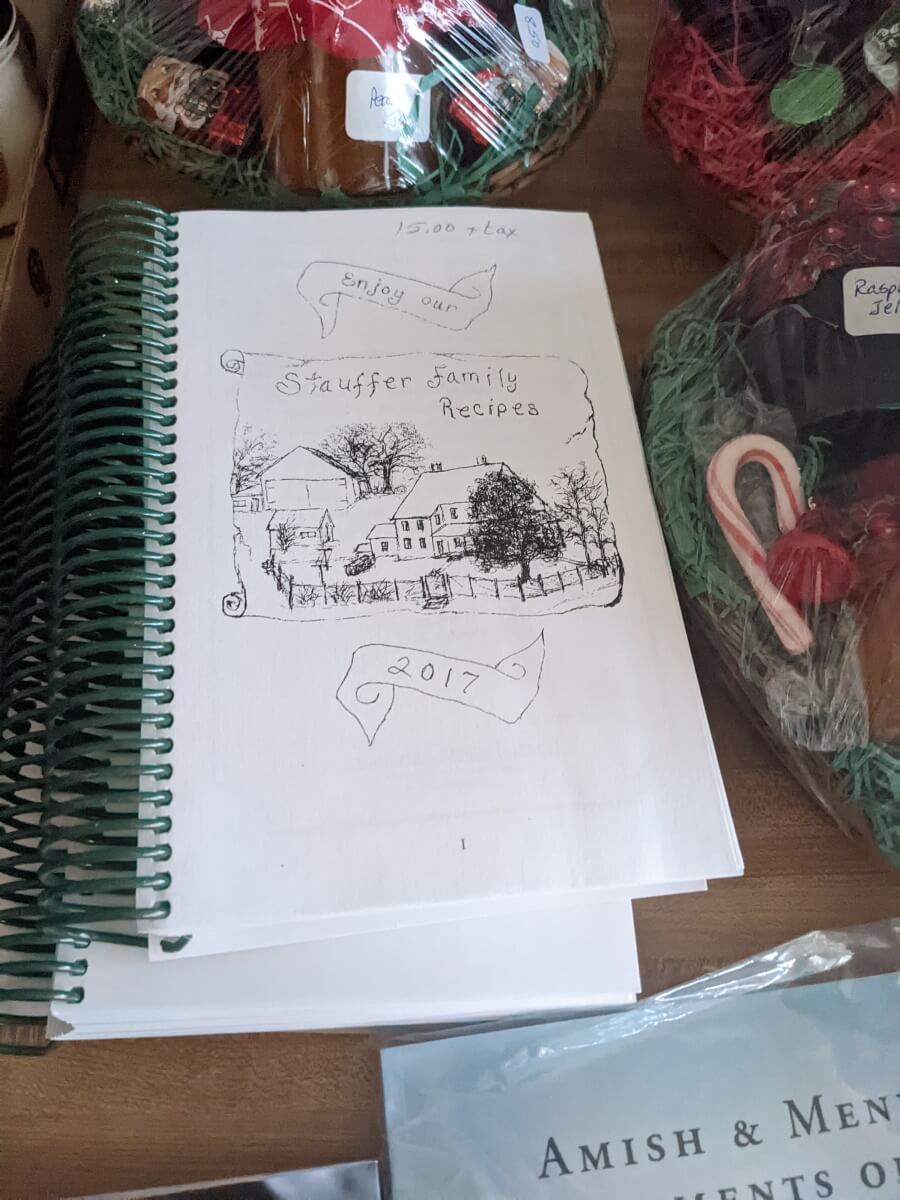 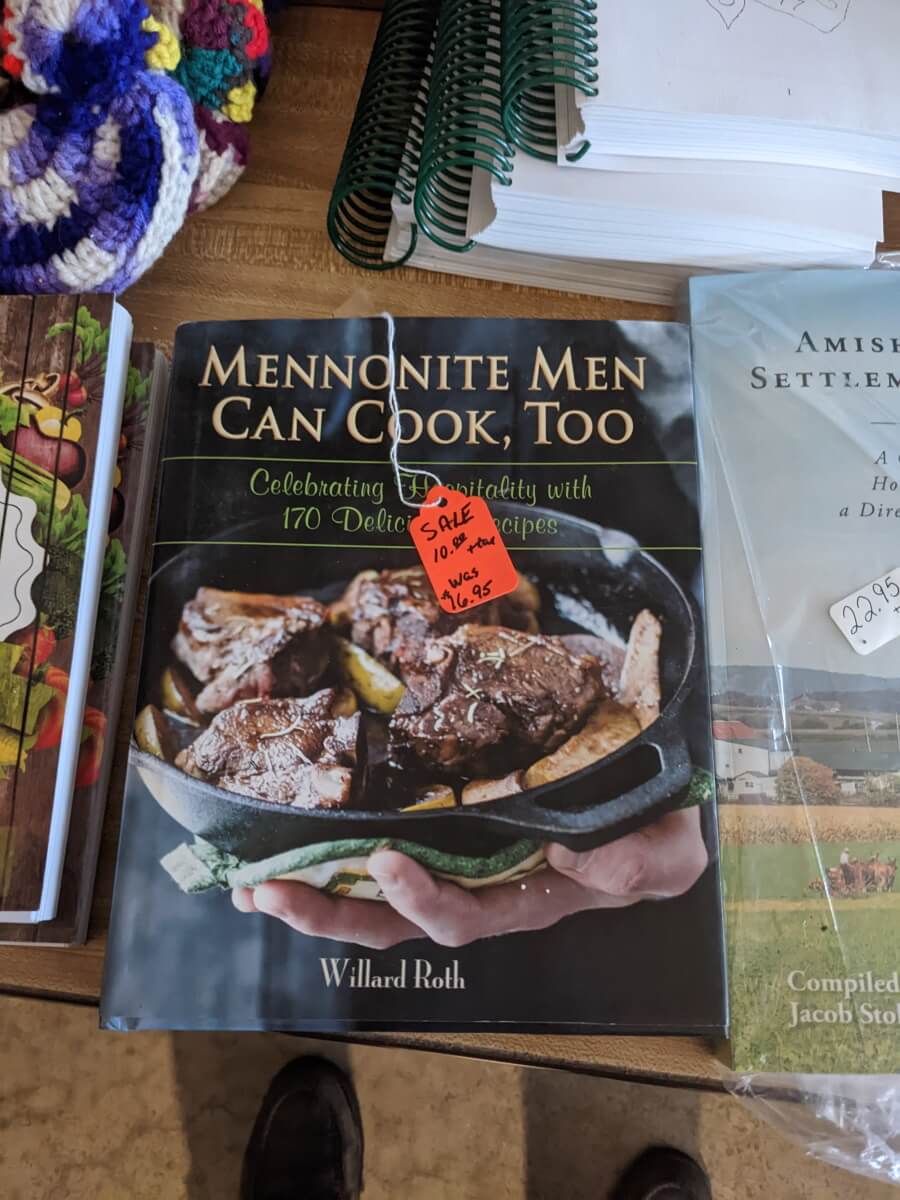 Fresh eggs in the fridge: 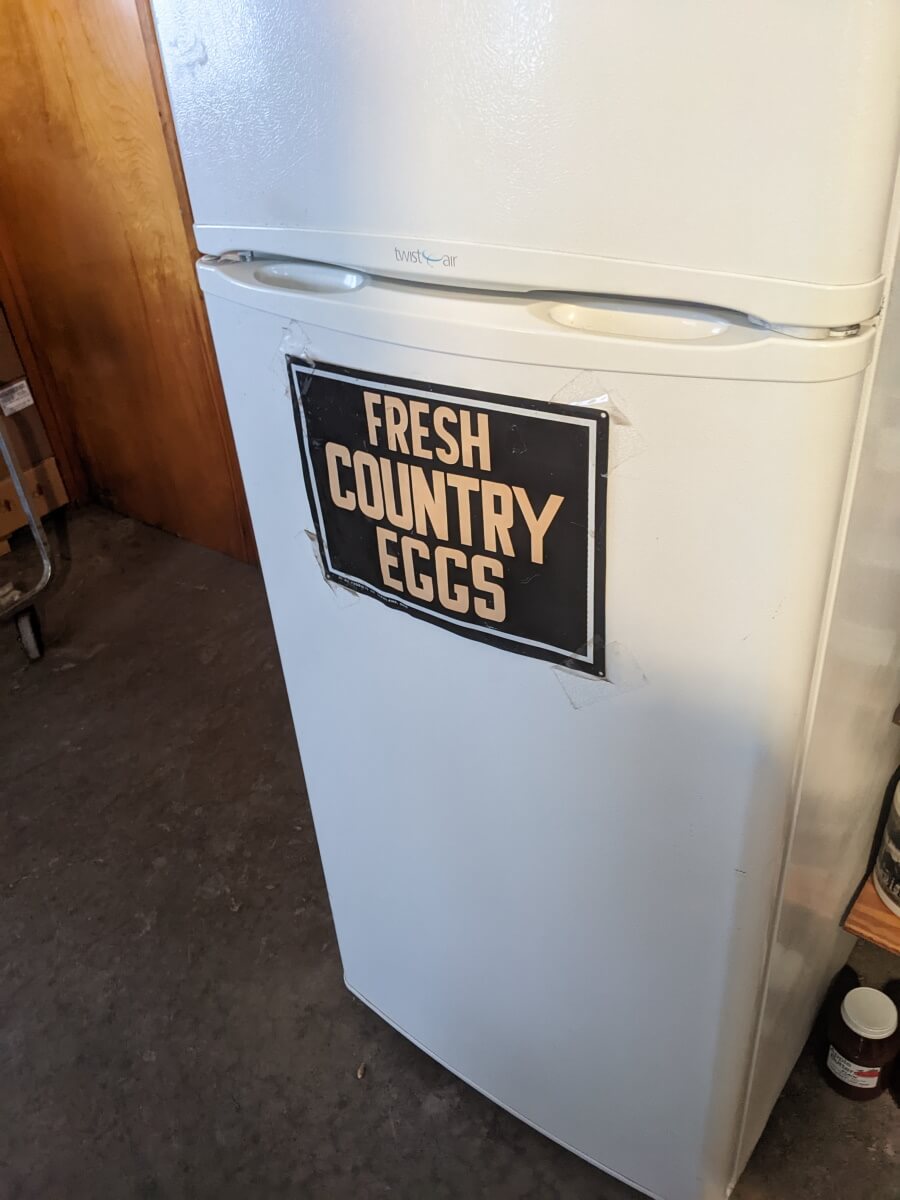 There were some baked goods in this store as well. I picked up some very loaded-looking fruitcake. Lot of pecans on and in this tasty treat: 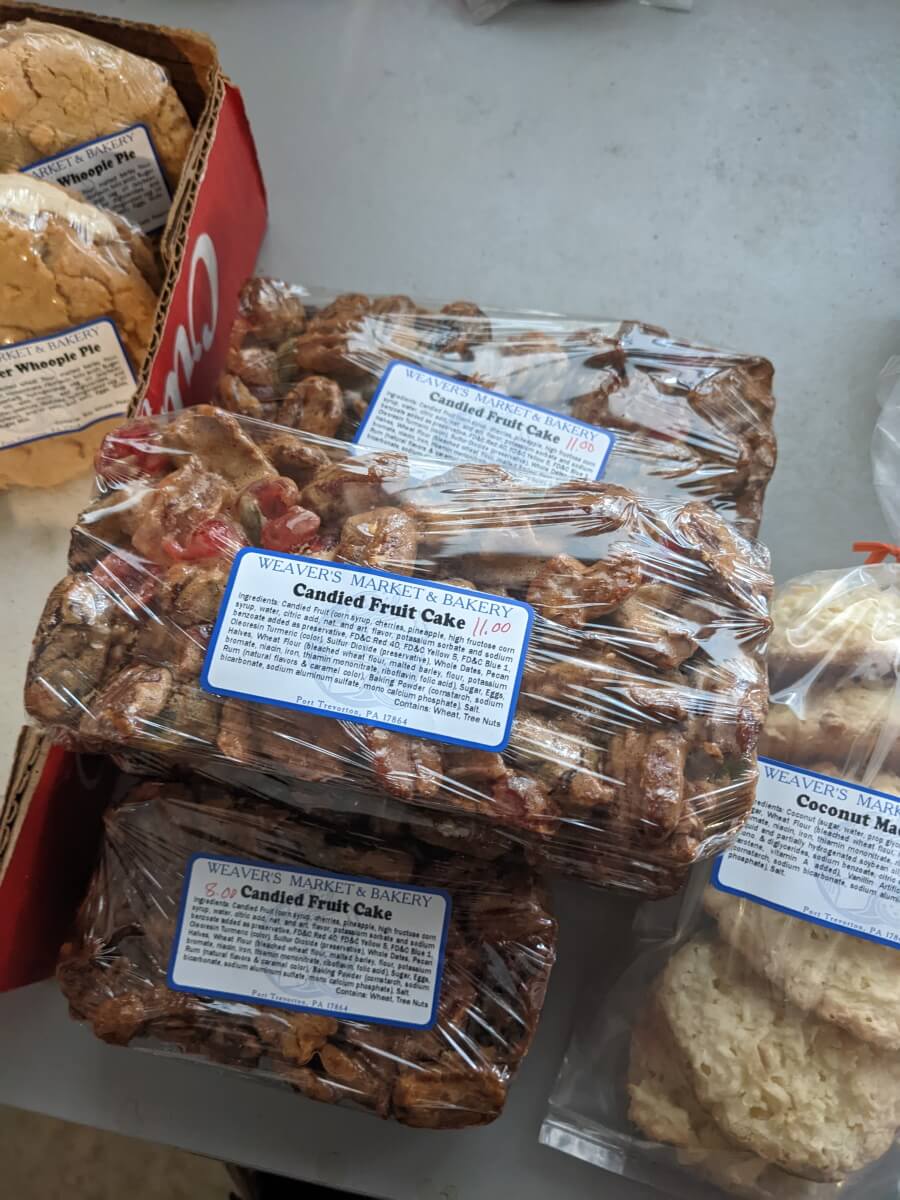 After perusing the store for awhile and making our purchases, the lady mentioned the bakery right next door, which I had totally missed coming in. 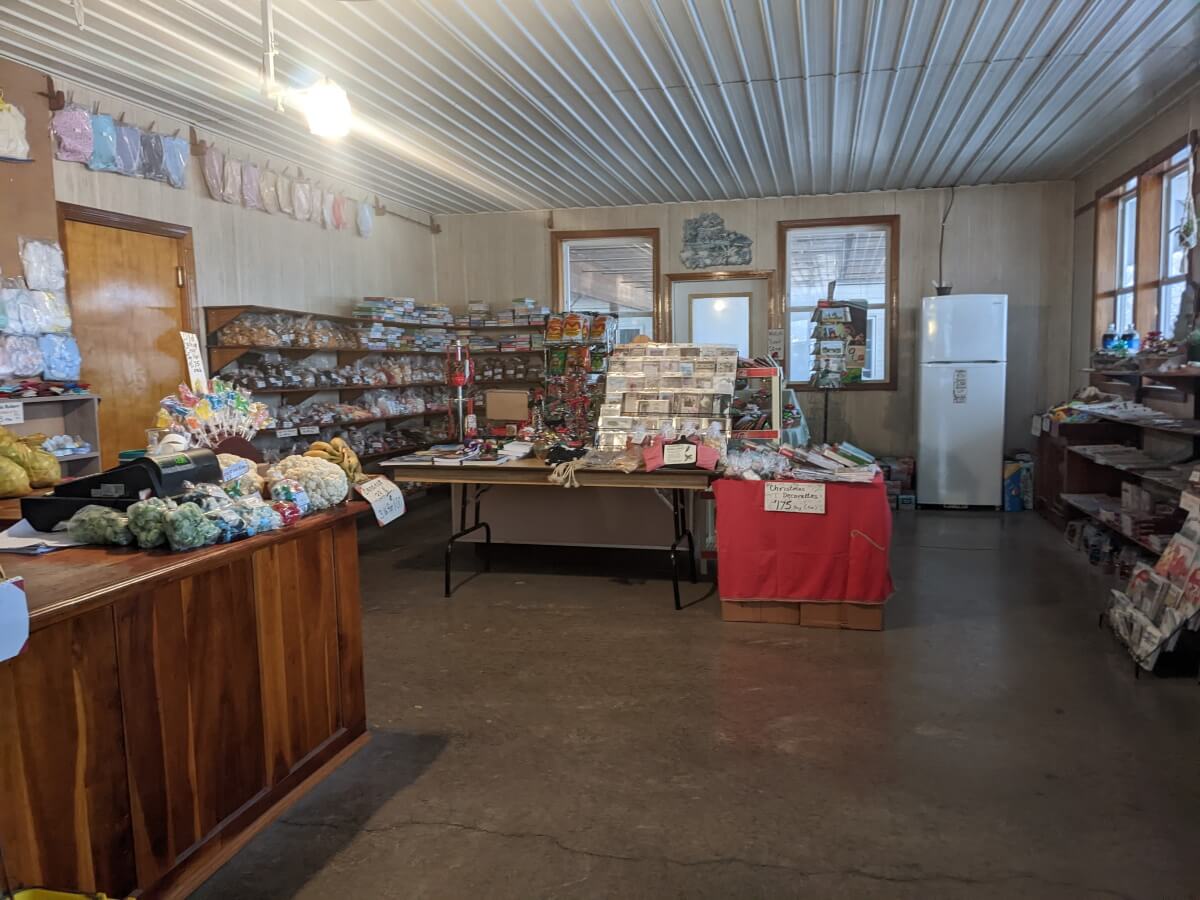 Once outside though the enticing aroma of what to me seemed like apple cobbler was unmistakable. Even though the clock was ticking, this was a must-stop as well. I’ll share the bakery in an upcoming post. Outside the store we found some bird food and baskets. 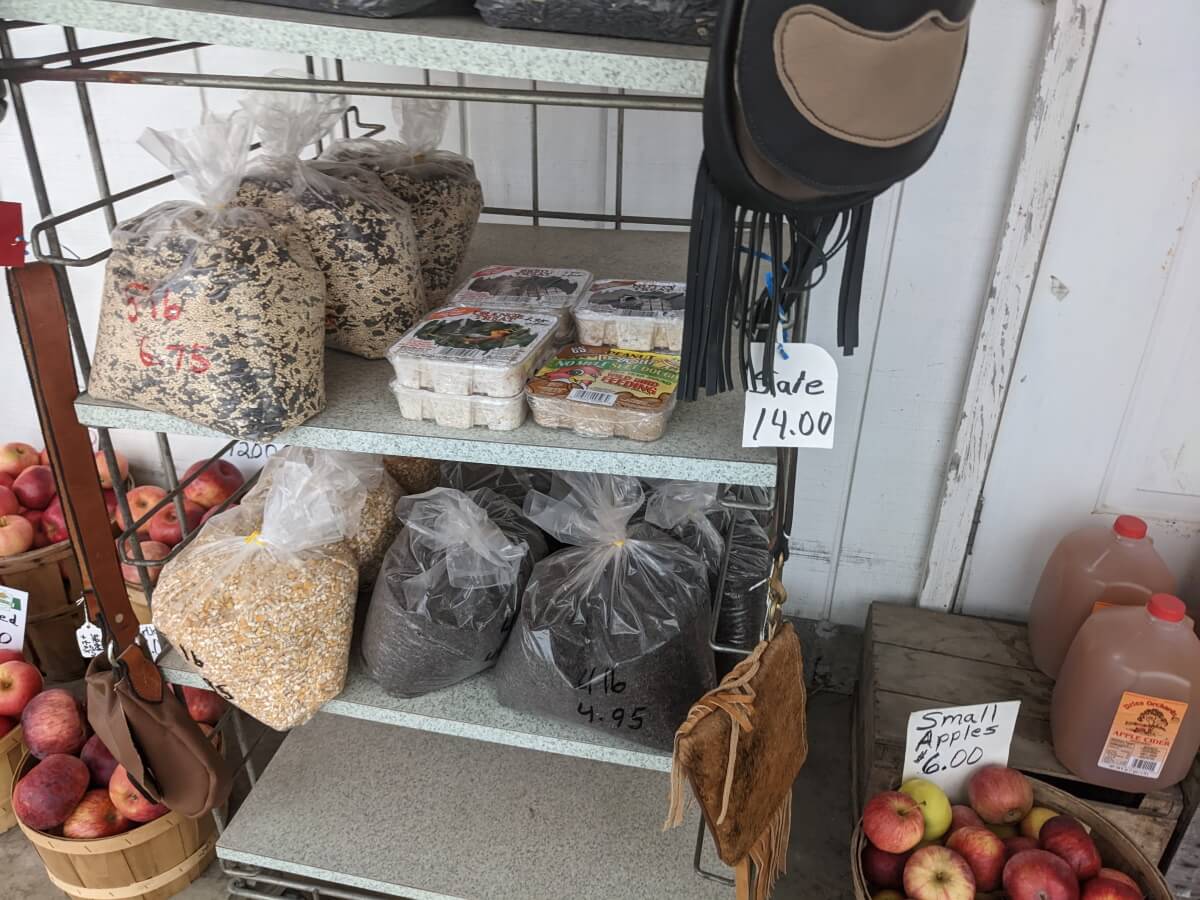 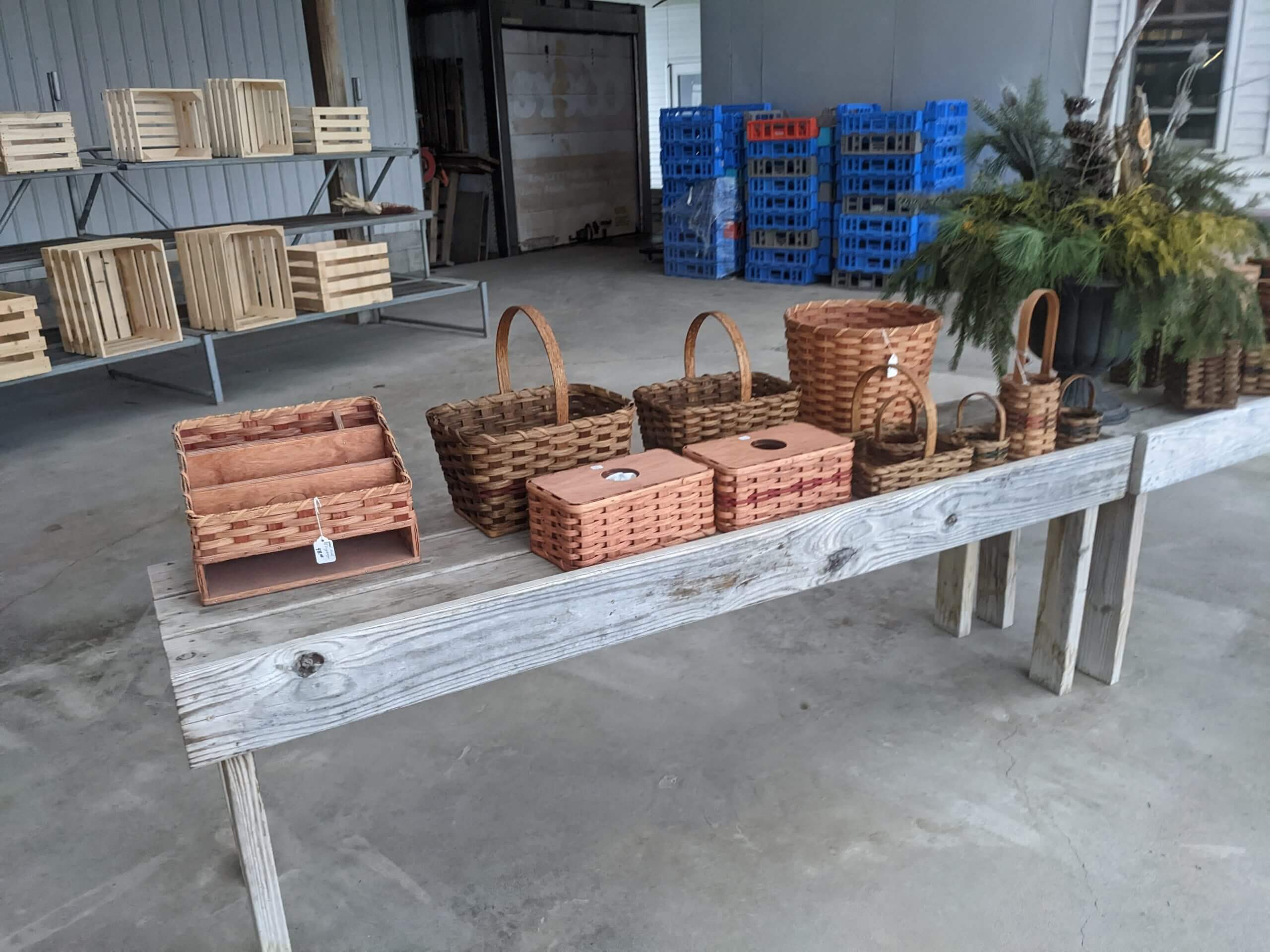 And before we made it to the bakery, my friend spotted this, which he could not pass up: 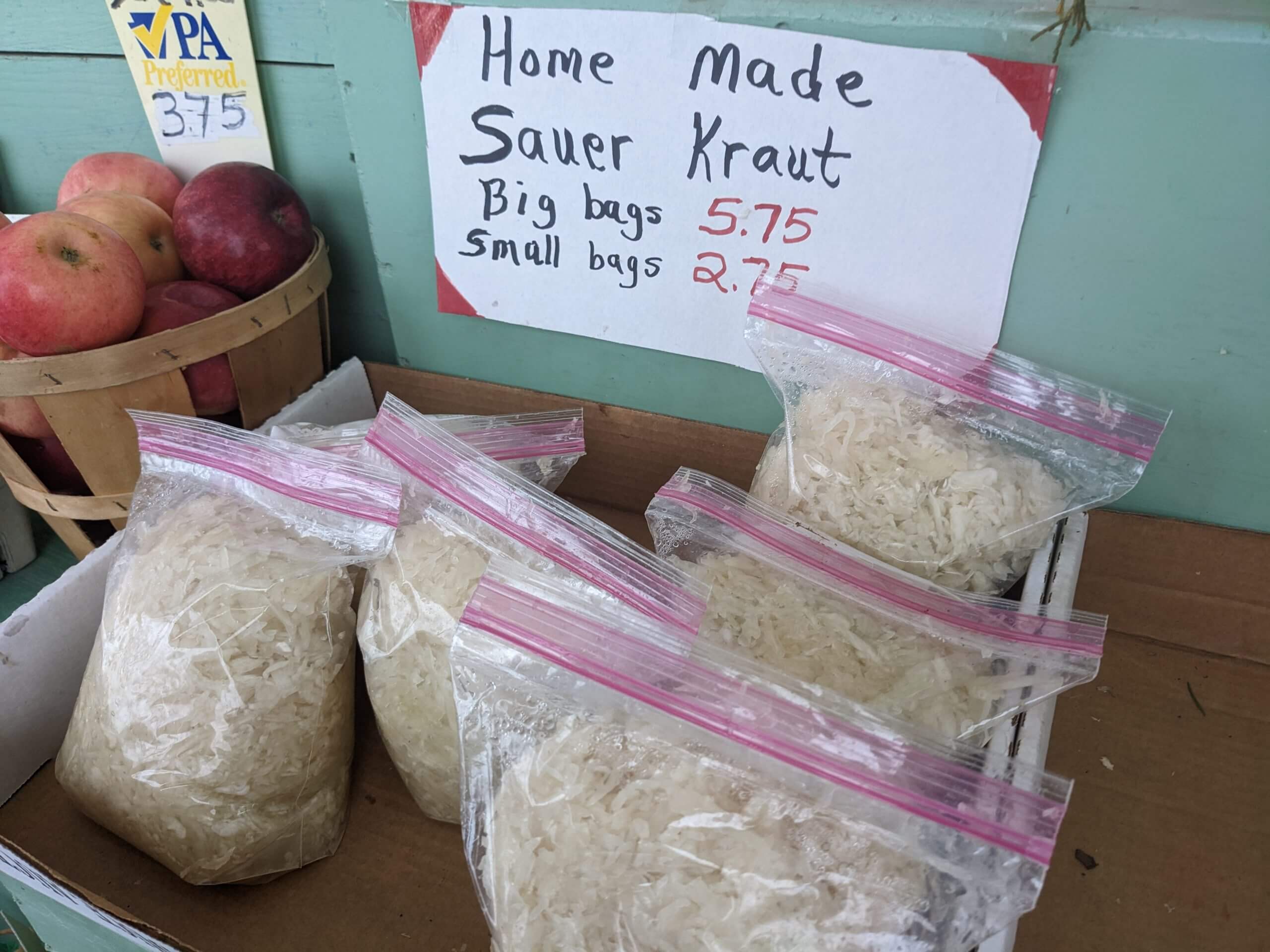 This is apparently the good stuff. Stay tuned for a look inside the bakery. Update: check out the bakery here.