Kevin at the Amish Cook blog has already posted on this issue but I found it so compelling I wanted to pass it along.

This Wall Street Journal article examines the situation of a Pennsylvania Old Order Mennonite father of 11 children, 9 of whom suffer from rare, genetically-inherited medical ailments.

The father, who in keeping with Old Order belief is uninsured, has paid around $400,000 in medical bills in recent years, and is in debt for a further $287,000.

One of the captions attached to a photo in the accompanying slideshow mentions that the father in question, Jesse Martin, married his first cousin. 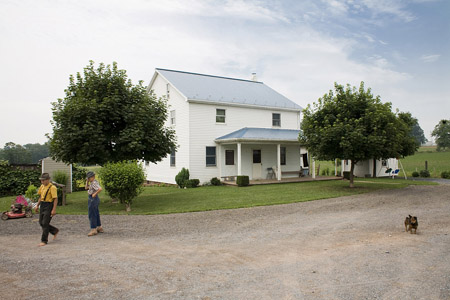 The question that immediately popped into my mind is, does Martin’s argument become weaker due to the fact that he knowingly (one assumes) married a first cousin?  Would hospitals be able to employ such a justification for denying discounted rates?

And was Martin even aware of the supposed increased risk of genetic ailments in such a partnership?  Should the question of such foreknowledge come into play?

This is a sticky issue and putting it in those terms may seem a bit heartless–reading through the story you feel for the kids, the parents, and I had to admit there is a certain logic to their argument–they claim that the ‘sticker price’ being charged for their medical care represents a vastly inflated sum, a practice medical institutions follow “in order to pay for updates to technology and services”, and one must assume, at least to some degree to make up for lower rates paid through insurance providers.  Martin would like to pay rates more representative of the actual costs of care provided.

At the same time, outsiders rightly or wrongly complain that Old Orders receive special treatment at the hands of government, often acquired using the fundamental argument of religious belief and the implicit cultural practices tied to such beliefs.  The hospital here argues that Martin, as owner of one farm and allegedly a co-owner of a second, each of which are valued in the millions of dollars, has the financial wherewithal to pay his debts. 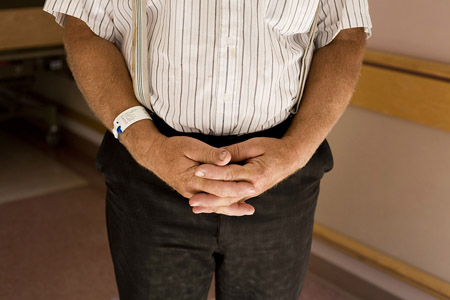 Martin responds by saying that “they don’t understand our ways…If we sell the farm, sure, we can give them the money, but what do we do then?”

The article explains that numerous hospitals who serve Old Order groups have offered significantly reduced fees, and some have even provided certain major services at no cost.  Martin, whose children have been treated at a few local medical institutions, has negotiated discounts of up to 50% at one of the hospitals in question.

Lot of issues going on here.  But the one I have not seen discussed yet is if the Old Orders in question were to receive discounted rates based on a cultural/religious belief argument (and whoever else were to successfully employ such an argument for that matter), should the hospitals be able to take into account the blood relations of the partners, and the supposedly higher risks implied by marriages between close relatives?  First-cousin marriages are technically illegal in over two dozen states, including Ohio and Pennsylvania.

Marriage is ostensibly a free choice, and even within a closed community, there are options to whom you can marry.  Marriage between more distant relatives generally means a lower risk of genetic diseases manifesting themselves in children (though perhaps not as low as one would think, according to this study).  On the other hand, the WSJ article also points out that while certain diseases may show up more frequently in first-cousin marriages, others may actually be less likely.

Interestingly, it’s not an issue confined to the Old Orders–one recent BBC  article claims that over half of British Pakistanis are married to first cousins, apparently a quite common practice in the culture.  The article states that British Pakistanis are 13 times more likely to have genetic disorders than the general population–slightly more than 3% of all births but accounting for nearly a third of afflicted children.