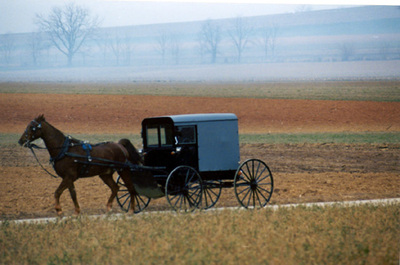 The Amish commitment to restricting schooling to eight grades is well-known.  But what happens with those individuals who are driven to go further?

‘Before the Amish operated their own schools, more Amish youths were exposed to the possibilities of higher education and to teachers who inspired them to continue their education than is the case today.  To become a committed Amish person, a boy or girl who likes school for its own sake must learn to be indifferent toward it.’

Hostetler goes on to look at the stories of three Amish-born individuals who had a profound struggle with their culture’s restriction on learning.

One of them, ‘Rebecca’, ‘at the age of eighteen turned from her Amish background without having been baptized.   “I read a great many books and anything I could get my hands on.  I tried to persuade my father to let me go to high school.  But he would not.  After grade school I was Amish another six years and this was a very difficult time in my life.  My dissatisfaction began to show in physical ways.  I had no energy, I was anemic.  Nothing interested me.  I didn’t fit in with the Amish young people and I sort of despised them for their lack of learning.  I made attempts to be popular among the Amish and dated a few times, but I didn’t like it very much.  I was the oldest of eight, and mother kept on having children, and this tied me down and I was constantly resenting this.  I was always running away to read, and I hid books.  When mother was not watching I would read everything I could.’

‘When I was eighteen, I thought mother had reached the age when she could have no more children.  Finally, I thought, I could begin to see daylight, have a little more time to myself, and to keep the house neat without working so hard.  Then I learned that mother was pregnant again, and this was the last straw.  I simply could not face this.  I went to the basement and just cried.  I told father I had had enough, I was leaving.  While I packed my suitcase, mother became very upset.  Father knew that mother needed my help.  So we worked out a compromise.  Father said if I would stay until the baby was born, the next year I could go to Bible school.  This was enough for me;  then I could get away and go where there was a library and read.’ 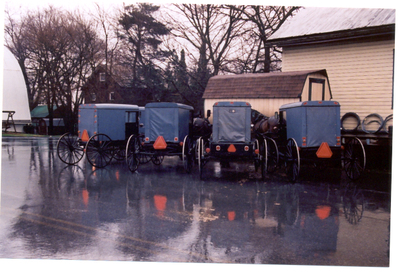 Hostetler finishes the tale:  ‘Rebecca went to college and left the Amish way of life.  Later her brothers and sisters followed her example, and after several more years the whole family left the Old Order Amish faith and joined a Mennonite group.  It is not uncommon for one or two children in a family to break with the tradition with the result that the parents do so later.’

Personally I’m of two minds on this issue.  I lean much more strongly towards the idea that the Amish are doing the right thing with the eighth-grade limit.  As a whole the society produces productive, content individuals.  In many ways they are model citizens.  And if getting to heaven really is the most important task we are engaged in on this planet, well, maybe cutting out some questionable influences is not such a bad idea.

On the other hand, for the ones that truly love learning, I imagine it must be an agonizing position to be in, or at least one that doesn’t lend itself to an easy resolution.  To choose the Amish path and try to blunt your instincts, to leave or never join and cut yourself out of your cultural base, or to become Amish and hopefully try to figure out acceptable ways to quench your desire for education–it doesn’t seem an easy choice.

(Photos today of Lancaster Amish courtesy of Mylene.  Thanks Mylene!  I hope you all keep them coming, also if anyone has a link they would like me to include, feel free to mention that as well.)