The 5 Hardest Things About Living With The Amish 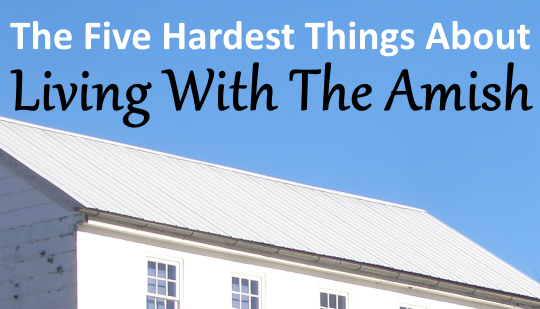 One of the great kindnesses I’ve received from Amish friends has been a regular extension of hospitality when I visit. I don’t have to worry about a place to stay, which I know I can do in a number of homes. Usually it’s a shorter time of around a week, though the longest I’ve lived with Amish friends is about a two-month stretch.

Obviously, as an English person you have to adjust to a different lifestyle. On the one hand that’s great, because there are a lot of things to appreciate about that lifestyle. But it can also come with some challenges. Below, you’ll find the five hardest things for me about staying in an Amish home.

One important point: these shouldn’t in any way be taken as complaints. They are just realities about going from English living to a temporary Amish-esque life. Also, no doubt my hosts have to adjust at least a little to having me as a guest in the home (like having to speak more English instead of PA Dutch, for instance).

Five Challenges Of Living in an Amish Home

1. Say Goodbye To (Some) Creature Comforts – It goes without saying, but Amish homes, while typically otherwise neat and comfortable, don’t have all the same amenities you may be used to. A lot of this stems of course from the more limited technology in an Amish place.

Obviously, you’re not going to be checking the internet every five minutes. Putting up blog posts is a challenge for me which I’ve had to overcome a few different ways including pecking them out on a clunky Kindle device.

Likewise you have to adjust your media consumption habits. If you like to catch up with the news with your morning coffee, there might be a paper, or there might not, depending on the household. 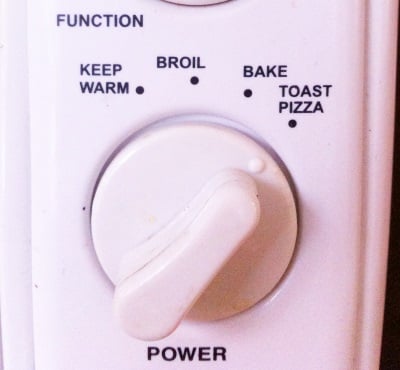 Your clothes aren’t going to have that straight-from-the-dryer Downy softness, since they’ll be hung on a line outside, so they’re usually kind of stiff when you put them on. If you need to iron, be careful not to singe your fingers.

There’s no microwave, but I don’t have one in my own home, so not something I miss. You might not get as many showers (I like my two per day). Most Amish homes have bathrooms similar to yours, but with large families, they may be occupied.

There’s nothing surprising about these things, of course. For some they actually may be part of the appeal of staying in an Amish home.

2. Lighting Can Be Tricky  – We’ve recently looked at this topic. Lighting takes some getting used to. Brushing your teeth or washing up in the evening may mean pointing a flashlight at just the right angle.

If you’d like to read at night, make sure your batteries are charged. Going into a darkened room, you’ll probably instinctively reach for the switch which isn’t there for at least the first couple of days.

On the other hand, the propane or natural gas lighting popular with Amish tends to generate a ton of heat. Good in the winter, not so much in the summer. In a plainer home, you might use an oil lamp, but won’t necessarily give you a lot of light to do things by. Maybe that’s why aligning your body clock more or less to the sun makes sense. Speaking of which…

3. You May Find Yourself Short On Sleep – I’ve found sleep can be a challenge. If you’re on a farm and want to be up with everyone (and not feel guilty “sleeping in” til 6), then you’ll be on your feet around 4. Even if you want to sleep in, Amish farms have these things called roosters, and they can’t be switched off. And the rooster may just like to hang out under your window. 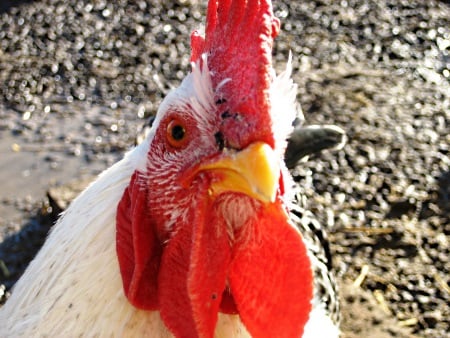 Even if you’re not on a farm, Amish households tend to stir early. Some work early shifts (factory workers, for instance), or have a long early AM commute to their workplace (for example, people who work PA Dutch markets).

Other, more unexpected noises might intrude upon your slumber. I remember one visit when my father and I were jolted awake by the prolonged shriek of a steam engine whistle. The engine was being used to steam the ground to kill pests (this was an organic farm) and our host had decided to let it rip as a little wake-up. I was wearing my standard earplugs, but even from across the meadow the sound pierced them like tissue paper.

I think it helps to catch a snooze if you can (unfortunately, I am not a napper).

4. “Down Time” Is Scarcer – Again, one that cuts both ways. There always seems to be something happening in an Amish household. Which is great. A lot of Amish people are readers but they also aren’t absorbed by personal electronic devices like we are, so you do more old-fashioned visiting, conversation, playing with kids, etc.

In my case, I grew up in a 4-person household. Which meant one sibling, not eight. So I think by my nature it takes me some time to get adjusted.

The other thing is, since you’re a visitor, people like to talk to you. And if it’s a big family with multiple households, or if guests are over a lot, that can mean a lot of people. Someone is always available, but there’s just one you. 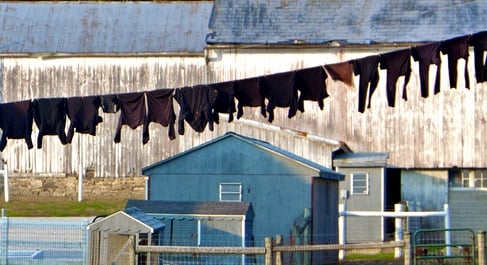 Don’t get me wrong–I do like to talk and really enjoy the company of others. But I find at a certain point I get “talked out”, and I am looking for my cave. And there may be no cave available 🙂

5. You Become The Default Amish Taxi – I could probably just as easily put this on my list of favorite things, since I enjoy taxiing. It’s a great time to talk and you end up going to places you wouldn’t otherwise, like little businesses tucked out of the way or to visit relatives you haven’t met yet.

If you stay with an Amish family there is a good chance you will be politely asked at some point to give a ride. For me it’s a way of repaying the kindness and I’d never take compensation for it, even though people offer often enough. 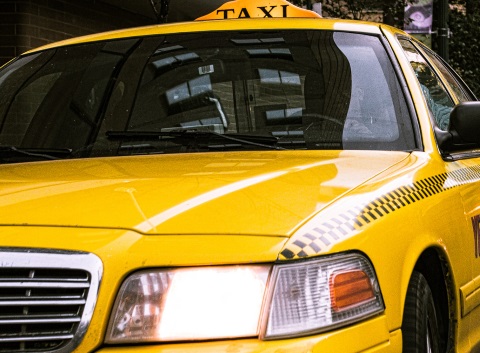 I put it as a challenge here because sometimes the logistics are hard, especially when more people want to go along than you have room for. I remember one time I was picking someone up with the small pickup truck I used to drive. I expected 2 or 3 passengers; we ended up with 6 or 7.

And sometimes the items you might be asked to pick up are not at all designed for your vehicle, which in my case these days is usually a little rental sedan.

I recently had to get creative when tasked with bringing home a long roll of some sort of plastic material for a farmer friend. It must have weighed two hundred pounds (OK, maybe not quite that much), and due to its length I had no idea how I was going to cram it in the car.

But like anything else you figure it out (in this case with some weird angling and adjusting seats), and there’s usually a memorable story attached to revisit later.

Again, I wouldn’t ever trade the experiences I’ve had or the friends who’ve been so kind to welcome me into their homes. While living with the Amish takes some adjusting to your lifestyle, there are of course many rewarding things about it. I plan to share some of those with you next week.