Someone is swiping Amish buggy warning signs in Delta County, Michigan. After the latest round of thefts, the total of stolen signs is now four.

And this is not just the sign the thief is taking – whoever is doing it, is actually uprooting the post as well – from three feet of concrete. 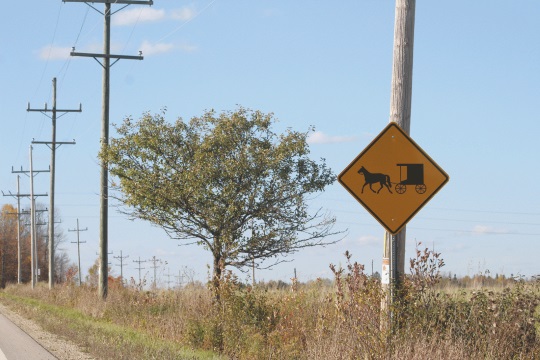 Is this a case of “aggression theft” against the Amish?

Or someone who is illegally harvesting the signs for their value (sign & post together are worth $90) – or both?

Regardless, last month’s theft – the second reported – does not help improve safety for the area’s Amish community, which was just founded this past summer.

I have quite often seen Amish buggy signs vandalized. It seems they make attractive targets (I saw this again in Virginia just this spring). 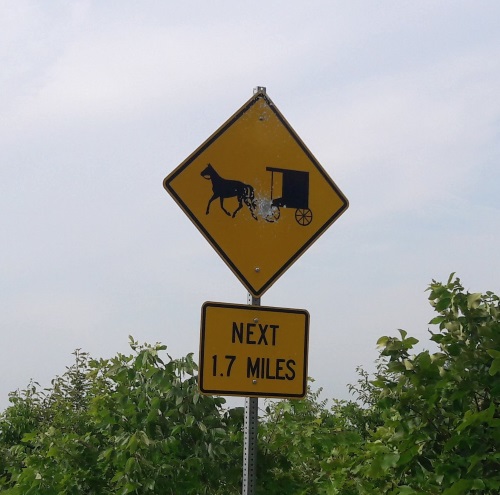 This buggy sign was target practice for someone in Cumberland County, VA (Farmville community)

I haven’t much heard of them being stolen, though.

I don’t think these signs are the most important factor in buggy safety. But they at least draw attention to the presence of buggies in an area.

Warning signs probably have more impact on outsiders passing through an area, than for those actually living there, who have already gotten used to horse-driven transport on the road. 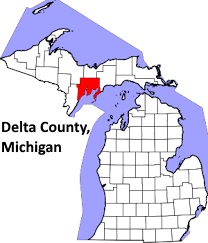 But in a brand-new settlement like this one, signs probably do help alert locals to the buggies as well (though I’d think word would spread pretty quickly in a small community which has never seen Amish before).

Replacing the Amish alert signs is not an easy task. The signs aren’t common, so the Delta County Road Commission needs to special order more.

“These are specialty signs,” Oswald said. “I know there’s Amish communities all over the United States, but it’s not like a stop sign — they make these signs as you order them because they don’t keep them on stock. So, it takes some time to get an Amish sign and talking with the road commission, we’re very concerned and looking around trying to find the signs.”

He’s asked the thief or thieves to return the signs.

Planting buggy warning signs in new Amish areas is both a sign of goodwill from the local community, and a safety enhancement.

Of course, it’s better that it’s buggy signs than STOP signs being swiped…but it’d be best were it no signs at all.

Michigan is the state where, after all, two separate accidents have claimed a total of six Amish children’s lives just this year.

The signs will now be monitored by cameras to deter theft.

It’s nice to see the efforts from the local authorities on this. Hopefully this is the last of it.