Similar to 2020, many mud sales have been canceled this year, though some are still happening. The Gratz, PA sale (Dauphin County) does not seem to show up on “official” lists of mud sales, but these are Lancaster-descent Amish, and it appears to be the same concept – a sale meant to support the local fire company. So I’m taking the libery of calling it a “mud sale” in the title here.

Reader Jerry gave us a look at this event back in 2015. He now shares some photos and colorful observations from the 2021 edition, which took place April 30. In the photos below, he captured a few things that might surprise you. 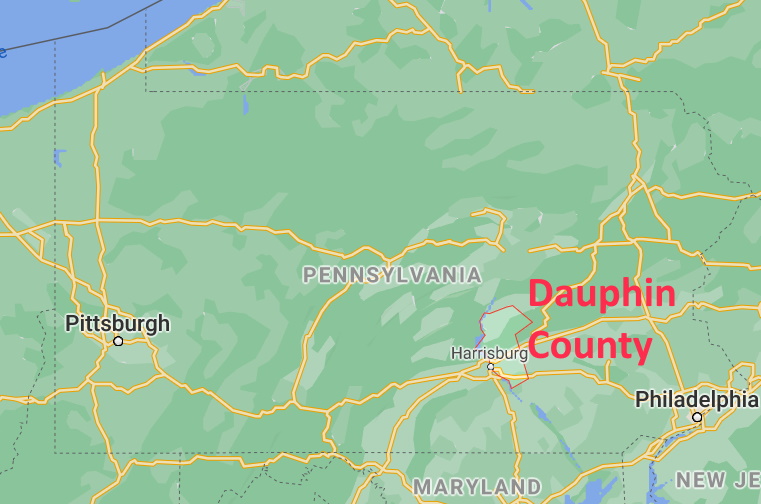 Jerry first shares about the Dauphin County community of Lykens Valley. This is a community of 12 church districts and one of Jerry’s favorites to visit. He explains why:

From my conversations with the locals, the Lykens Valley was first settled by the Amish in 1978 time frame. I think they came from the southeastern part of Lebanon county. I arrived in 1983 and the area looked much like Burke’s Garden looked five years ago. I’ve been told the Lykens Valley, in both Dauphin and Schuylkill counties, has a two foot fertile top soil. Unlike Burke’s Garden, which reports a four foot layer of top soil.

At the Gratz auction I noticed an amazing number of Amish children, easily supporting the theory that the Amish population doubles every 20 years. Many Amish work at construction businesses and the area is well known for that.

I’ve chatted with hundreds of Amish folks here and found all of them to be delightful people. Only a couple crusty ones. Haha. These folks are very progressive, much like the Lancaster Amish. I always enjoy these lovely people as they are a delightful blend of traditional and contemporary folks. They seem to be extremely comfortable in both modern and traditional environments.

Great description. On to the photos. There were buggies for sale as is commonly the case at these events. Jerry says: “I jokingly call this reflector abuse.” 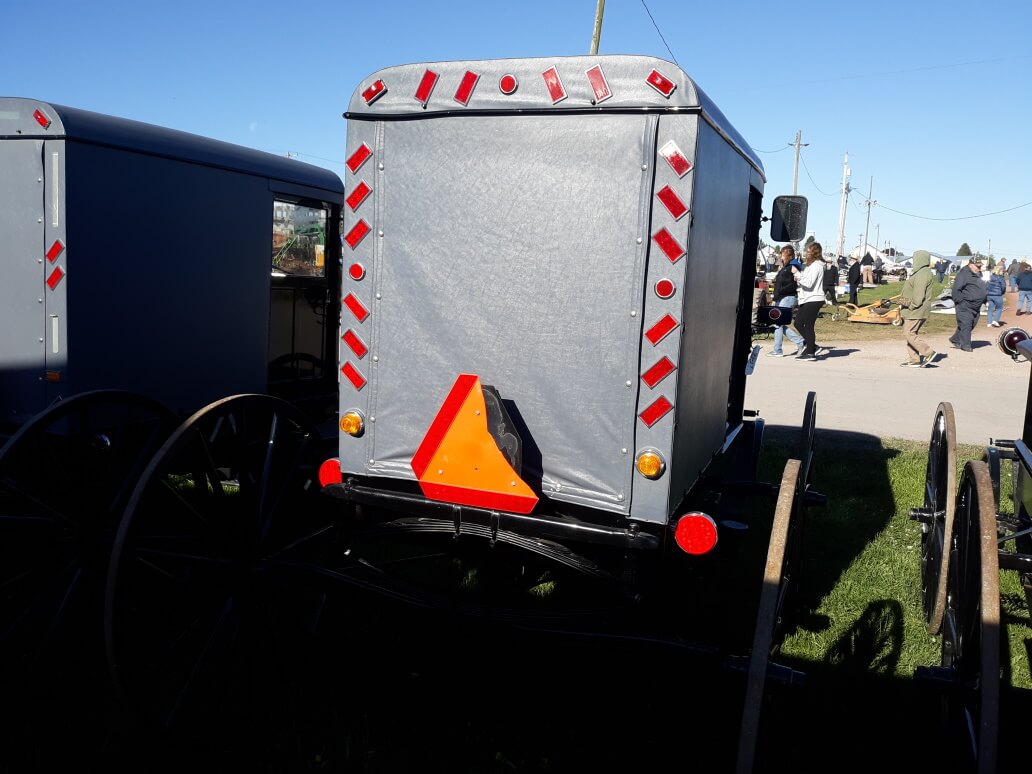 I’m not sure if Jerry is referring to what’s been done to the SMV triangle…or the couple dozen smaller reflectors attached to this buggy. I guess it could describe either 🙂 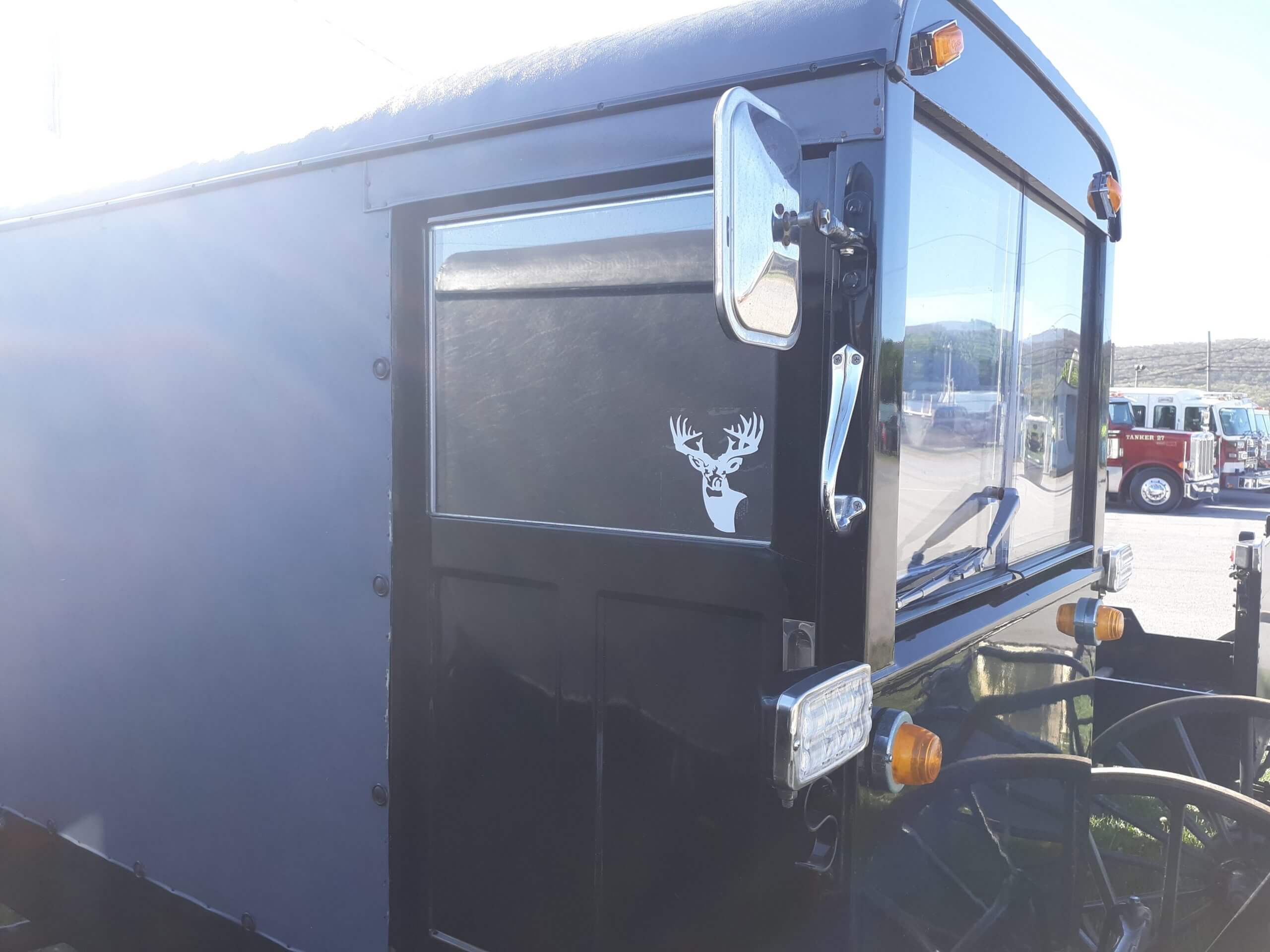 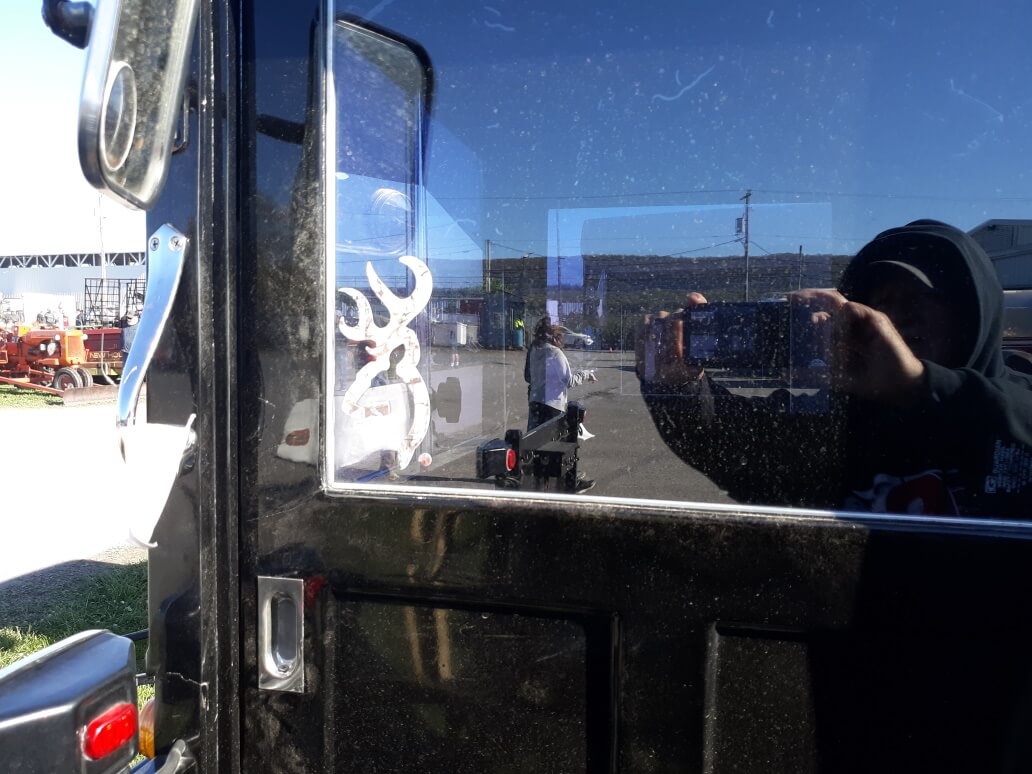 One more in the horse transport category. Jerry writes: “Apparently these Amish are Eagles fans as well. Too funny!” Jerry and I emailed a bit about the sticker. Does it date to 2004? 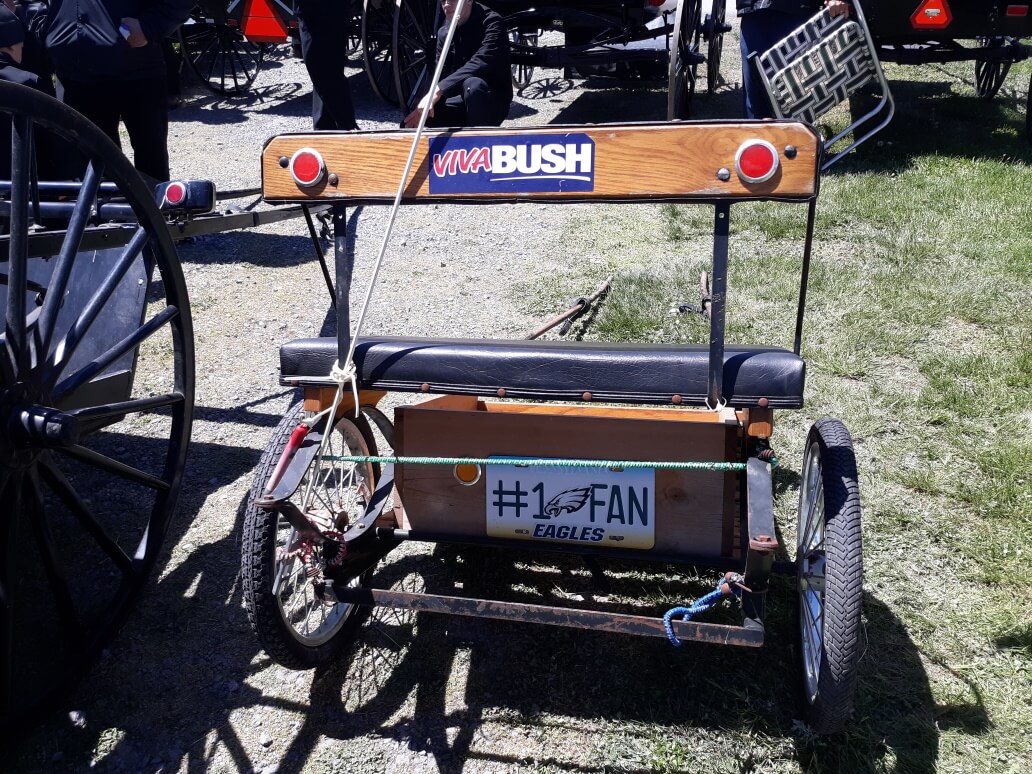 Jerry describes this photo: “An Amish woman wearing slacks under her long dress…It was very cold with 50 mph wind gusts.” This wasn’t the only Amish woman he saw with similar dress. On the trousers, he adds: ” was definitely for warmth. It was 40 degrees with 50MPH wind gusts. The next day, Saturday, none were seen.” 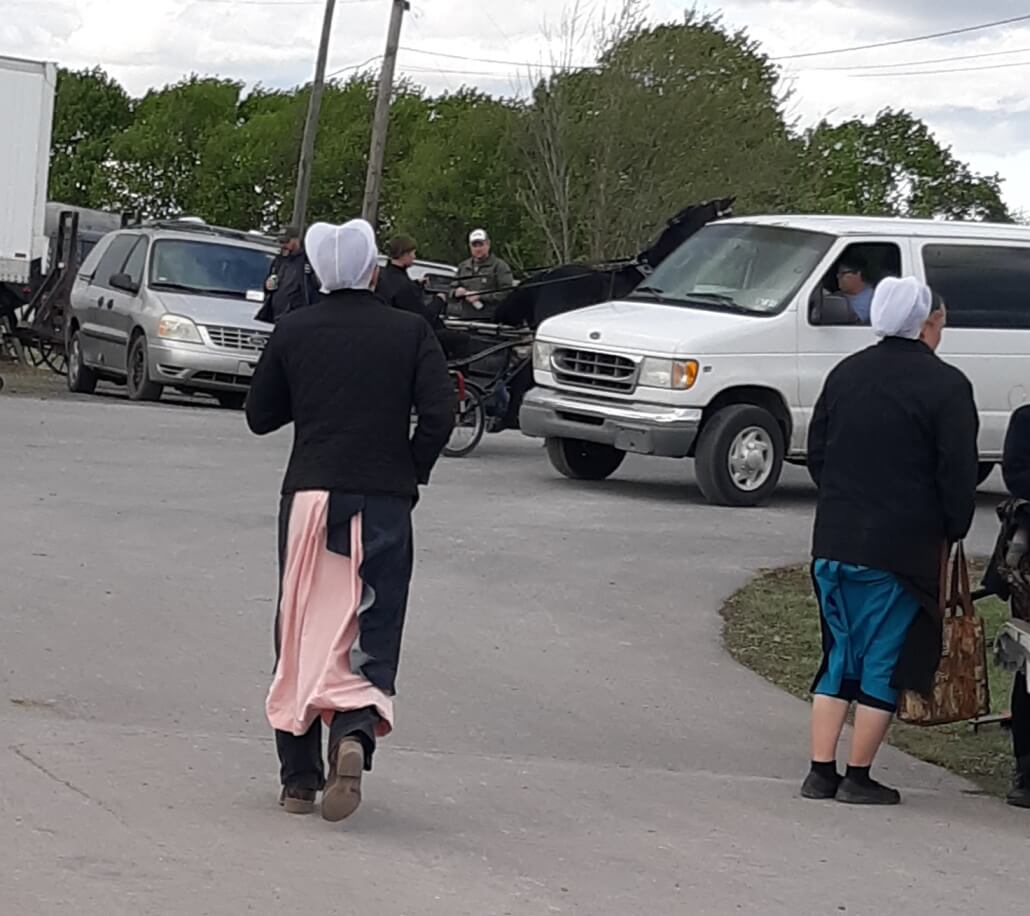 So let’s have a look at the quilt selection from the auction. By the looks of things, there were a lot of really nice quilts up for sale: 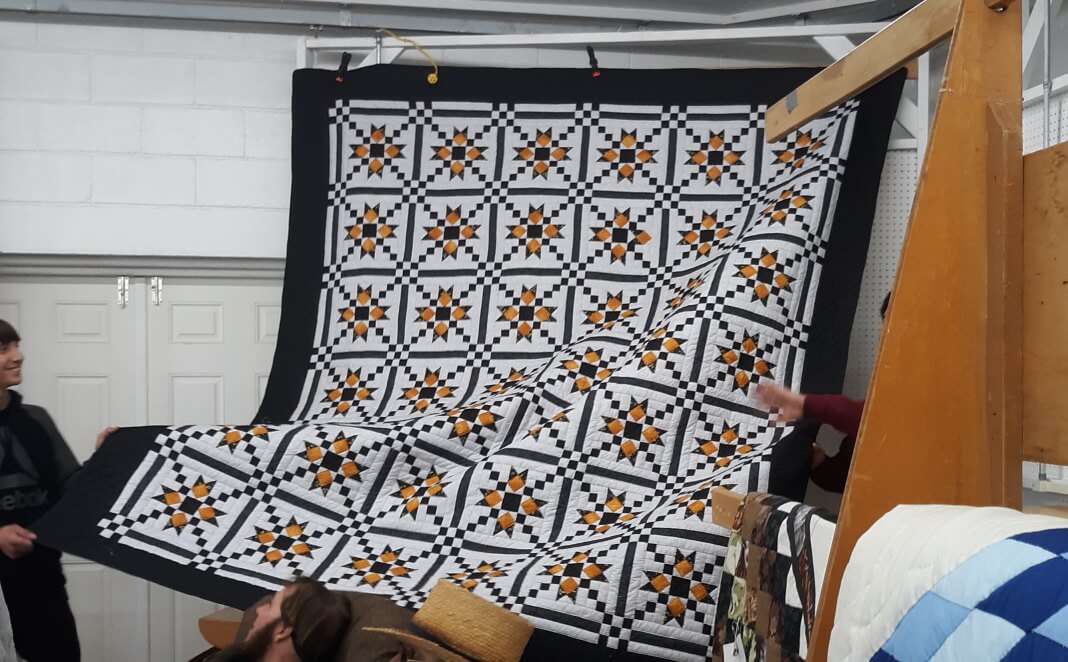 Rows of quilts, all numbered. 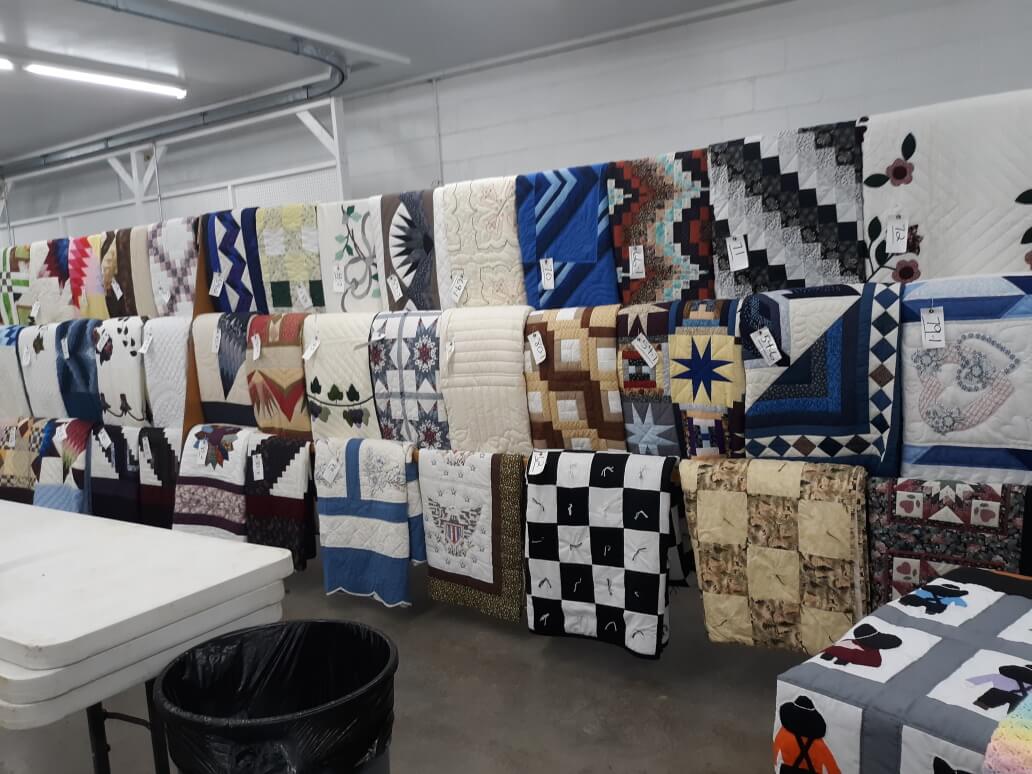 I don’t believe I’ve seen a quilt with Amish figures on it before. 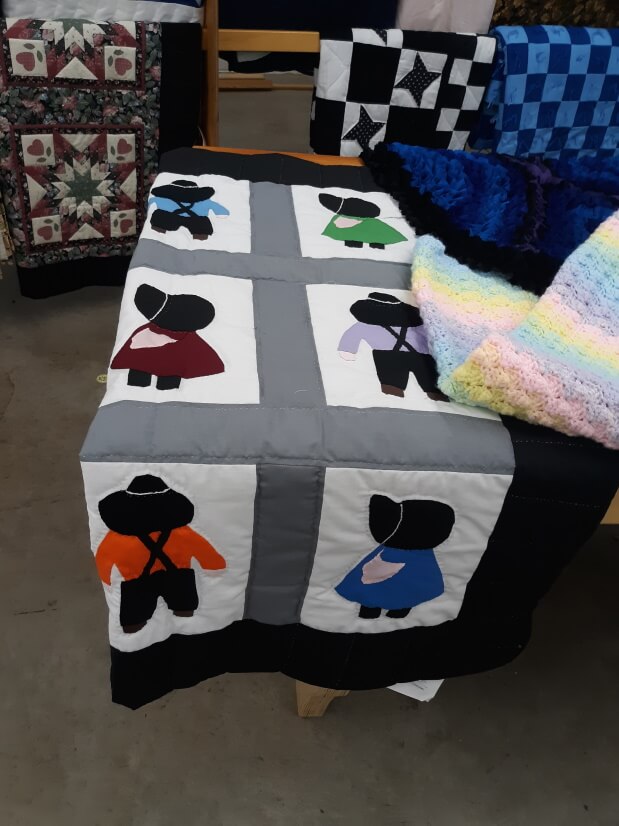 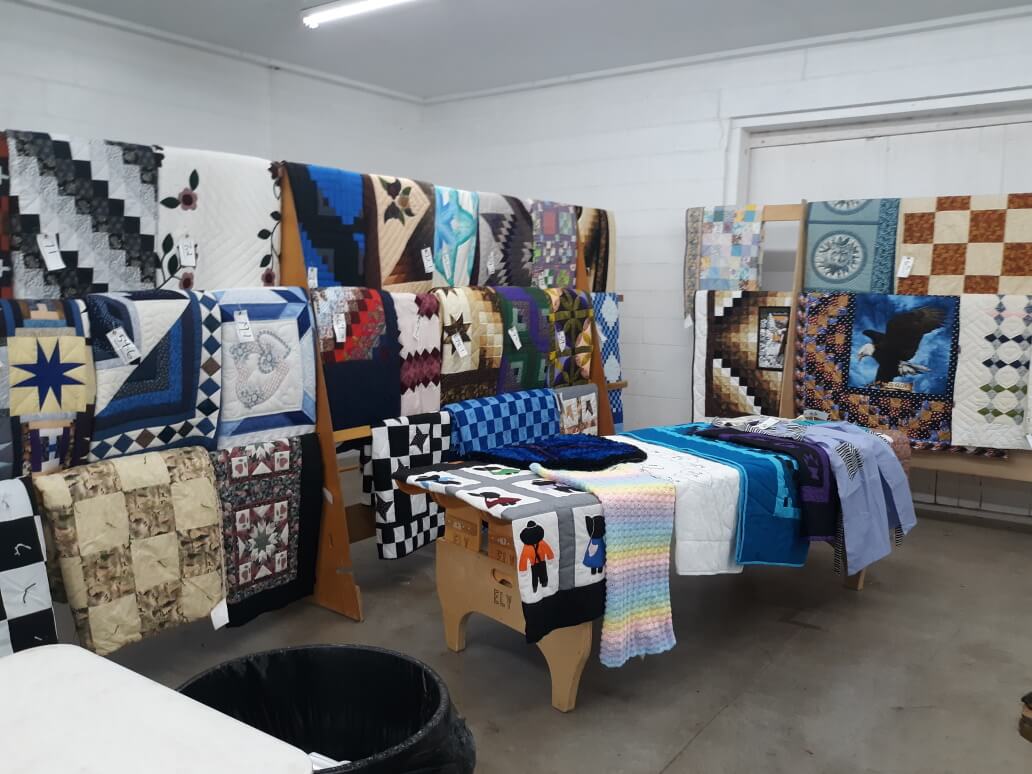 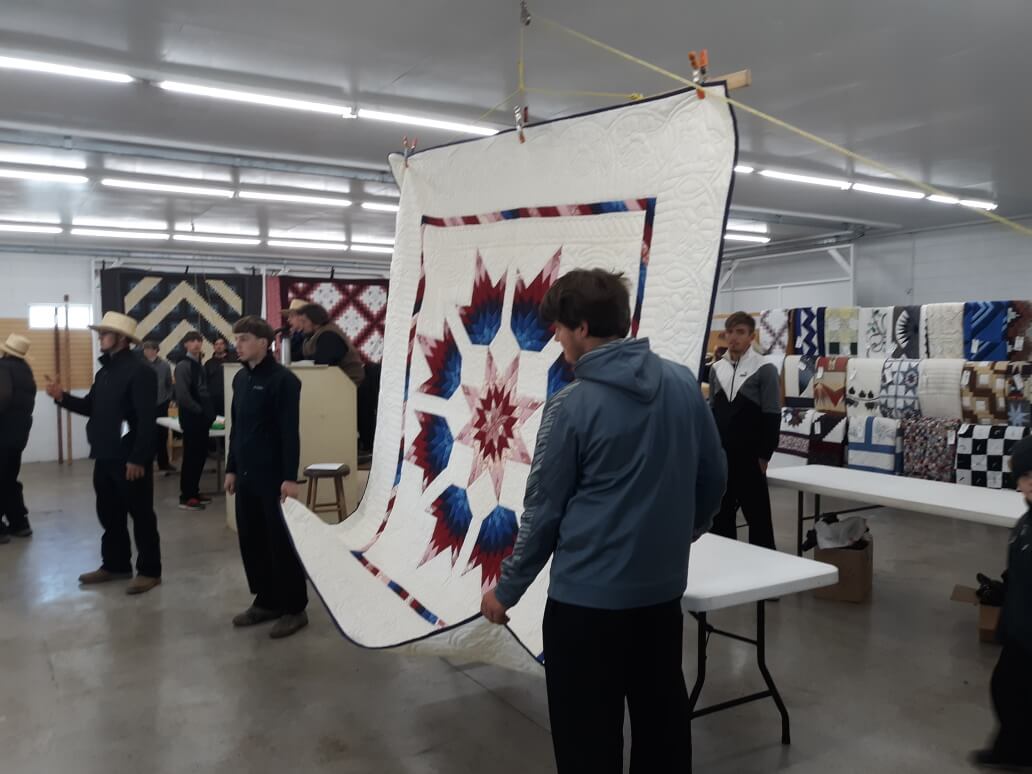 How about this bald eagle design. 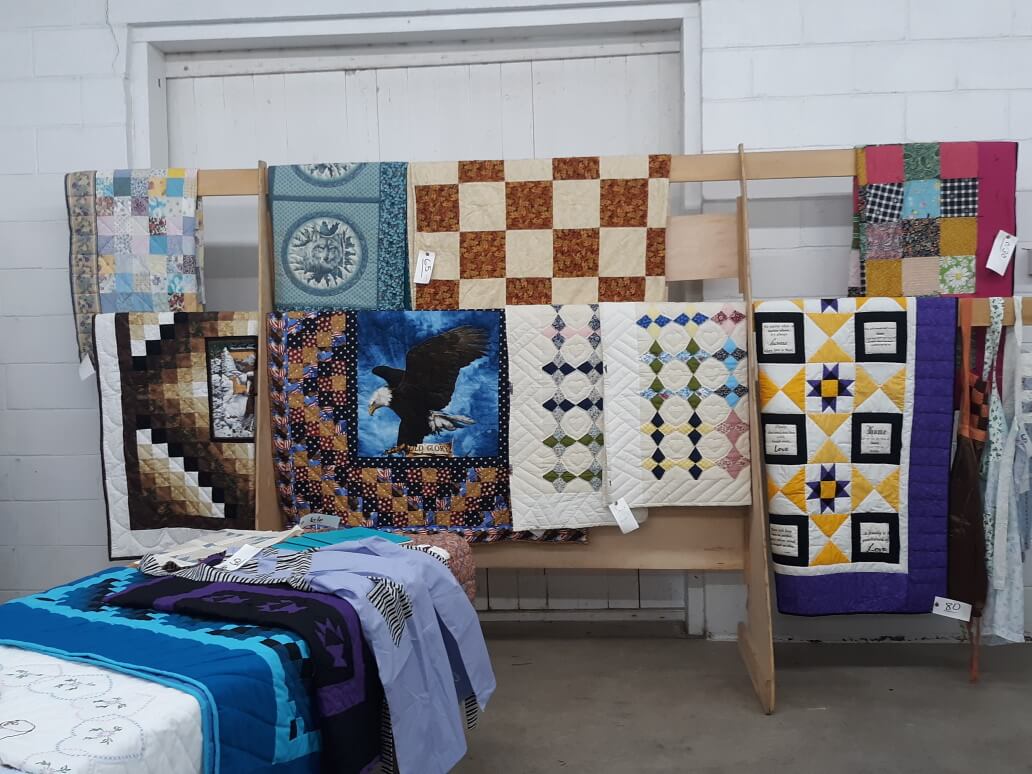 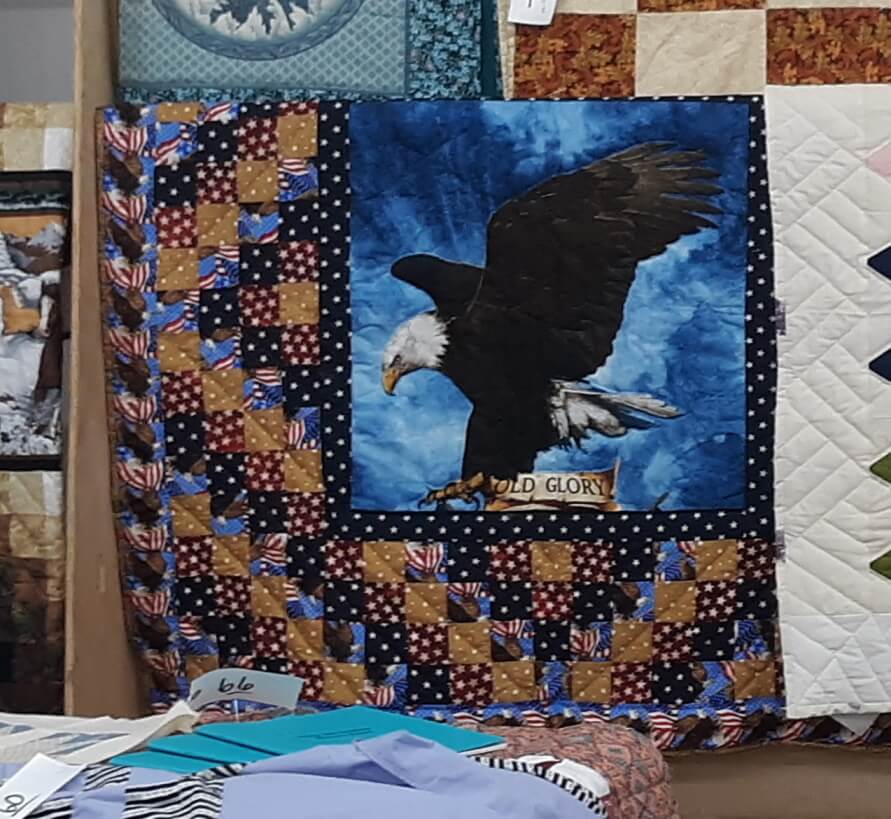 One other interesting item:

A craft item for sale at the auction.  It appears to be a bottle opener with a mason canning jar as a catcher for bottle caps. Beer? Who knows. I’ve also seen these Amish buying bottled wine at the Crossroads market. The Crossroads Friday Farmers market was purchased in 2020 by an Amish man and the changes he made are amazing. It’s 10 times better than before. 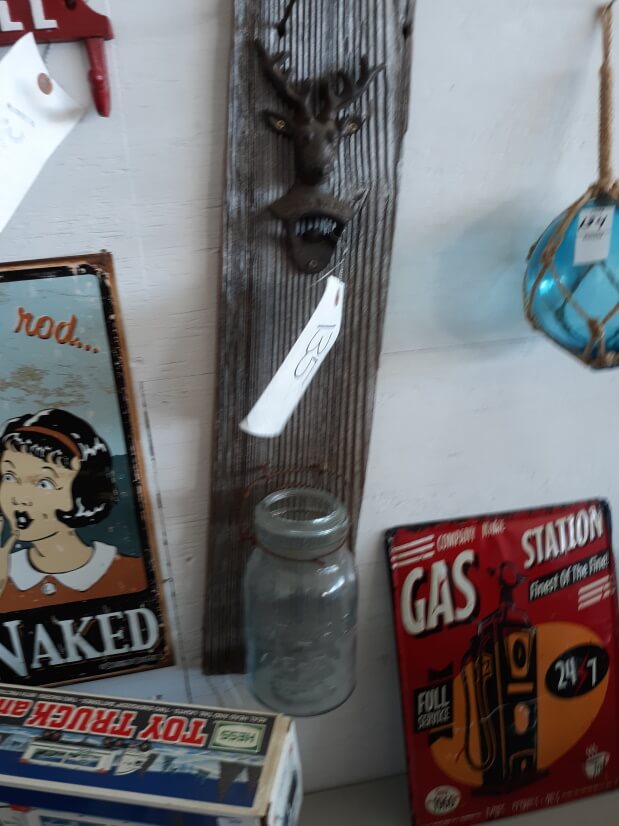 Finally, Jerry shares a photo of the water source for a solar-panel-equipped school house: 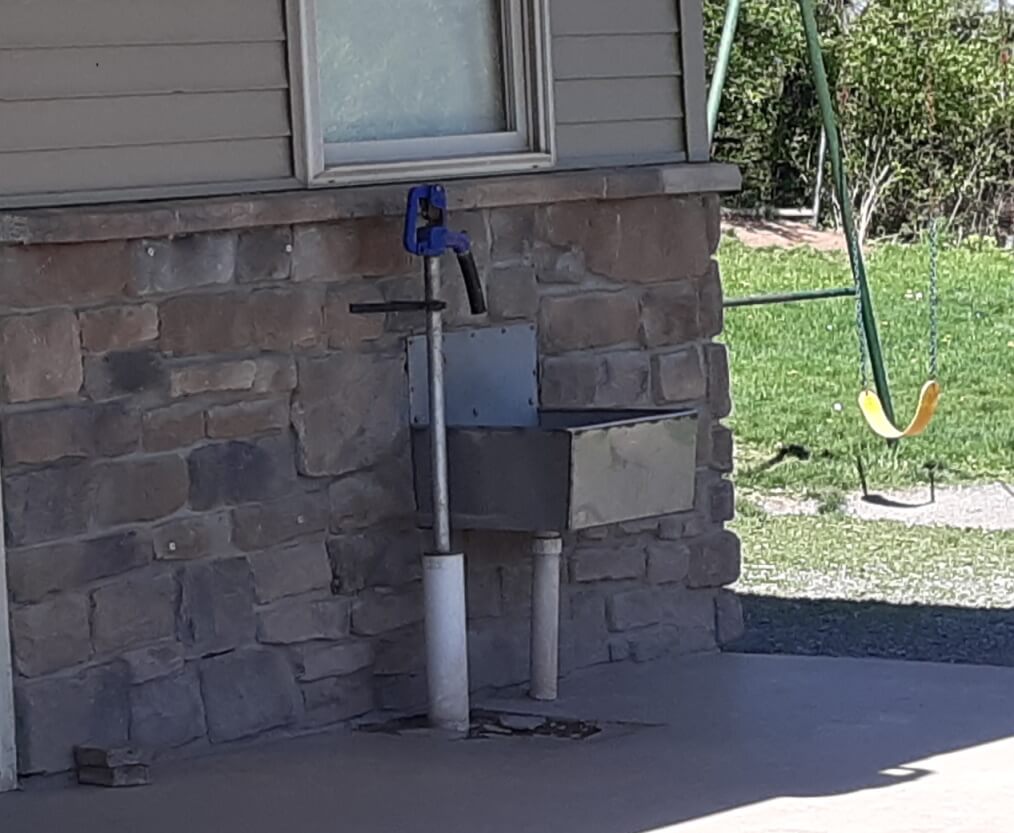 Notice the nice stainless steel water basin.  I suspect the solar panel provides electric for the water pump.  Interestingly the building is quite modern with the fake stone facing.  These times they are a-changing. These Amish are what I call the “sherbet Amish” because of the colorful clothing they wear.

Thanks go to Jerry for the great photos and interesting account of this community.