David Riehl is a person I’d heard a lot about – both reading his story, and directly from his family. David was a key figure in the development of the Amish quilt industry.

His is one of the more unusual tales of an Amish person crafting a successful enterprise – by taking his goods right into the heart of the nation’s largest metropolis.

Beginning in the 1980s, David sold antique Amish quilts from his Lancaster County community to dealers in New York City. I had heard the accounts, and once, with his son Ben, even visited the Upper East Side neighborhood where he dealt his wares.

But I’d never seen any visual depictions of the man. Not surprising – David was Amish, in a time when cameras were less ubiquitous, and Amish people less accustomed to being in front of them.

So I was tickled to find this photo of him, which popped up out of nowhere in my Google Alerts two days ago.

David is holding what appears to be a bars-style quilt, in a range of subdued colors. He is standing in a field presumably somewhere in Lancaster County. Looking down, no doubt to keep his face being implicated in a camera-welcoming gaze. He was in his late 40s at the time this photo, by Rob Clark, Jr., was taken (circa 1987).

David sold art – in the form of Amish quilts. And I find this photo of David fitting – having a touch of art about it.

It comes from the World Quilts website, curated by Janneken Smucker. Janneken is the author of Amish Quilts: Crafting an American Icon.

In that book, she details several key Amish intermediaries in the burgeoning quilt trade of the 1970s and 80s. They include quilt “brokers” Bertha Bontrager and Hannah Stoltzfoos, who helped arrange direct purchases in their home communities. 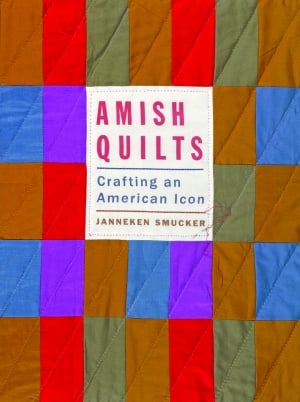 She also tells David’s story, which took a somewhat different path. Here is an excerpt, describing his entry into the business (p. 133):

David Riehl of Churchtown, Pennsylvania was another Amish entrepreneur who became actively involved in the quilt trade. In 1981, after seeing more and more outsiders looking for old quilts come through the Amish enclave in Lancaster County where his family lived, Riehl decided there must be money in quilts. He began to learn through the grapevine of the Amish community which of his coreligionists had quilts they were willing to sell. He also began to read the handful of books published about Amish quilts in an effort to learn what made some more desirable than others. He sought out enough quilts – paying $150 and $200 apiece – to fill a suitcase and went to the Lancaster train station to catch a train to New York City. On this first trip in 1981, he hailed a cab to Christie’s, the famed auction house. The friendly receptionist, who happened to come from Lancaster County herself, suggested he try to sell his quilts to an Upper East Side antique dealer rather than to the auction house. And with that advice Riehl, like the quilts he carried with him, transitioned out of his own world and into that of Madison Avenue galleries that sold Amish quilts as works of art. 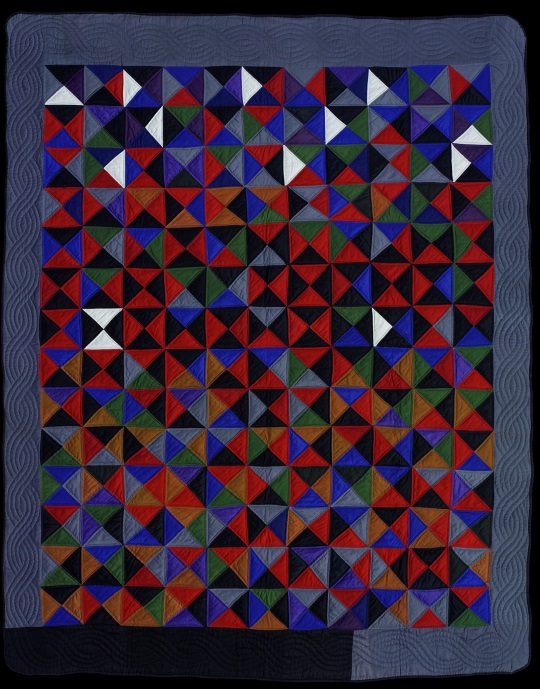 In 2018, David’s son Ben gave a talk about his father’s role in the quilt business:

The second speaker, Ben Riehl, talked about how his father, David Riehl, served as an Amish connection selling quilts to non-Amish people. Ben’s father was a good businessman and knew how to get the Amish to sell their quilts.

“Dad knew that economics trumped the artistic and sentimental values of the quilts,” Riehl said.

Riehl’s father sold the quilts to the affluent upper east residents. Riehl senior was well-known by the New Yorkers.

“They tried to build the best relationship with Dad,” Riehl stated. “What was most important to Dad was the shops that would pay him what he wanted with the least amount of hassle.”

As Janneken details in her book, David Riehl was aggressive, tough-minded, and savvy in carving out his place in the trade. Both in dealing with Amish sellers, and big-city buyers. Here’s one example, in another account from Amish Quilts (p. 135):

On one occasion he approached an Amish family with a particularly striking, pristine Double-Nine Patch quilt to sell. They seemed unwilling to commit, skeptical that Riehl could actually pay what non-Amish pickers offered. Riehl went to the bank and took out a good faith loan for three thousand dollars in one hundred dollar bills, much more than he could actually afford. He returned to the Amish family’s home and laid out thirty one hundred dollar bills on the table, asking if they would prefer to keep the quilt or to receive the cash. “I knew if I could buy that quilt from him for that kind of money, I would be the quilt dealer to sell to,” he recalled. With this bold move, Riehl established his reputation as able to pay top dollar, which quickly spread throughout the community.

I recommend reading the full story. 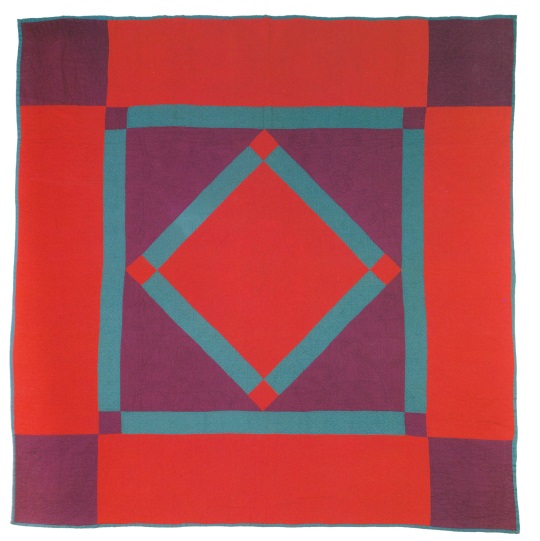 Amish doing business in urban America is not so unusual today. We find Amish people selling foods in places like Philadelphia’s Reading Terminal Market, or working construction projects in cities and suburbs of the East Coast and Midwest.

David Riehl was an Amish quilt pioneer, boldly taking his goods from rural Pennsylvania straight into the country’s business capital – at a time when few Amish were doing much of the kind.