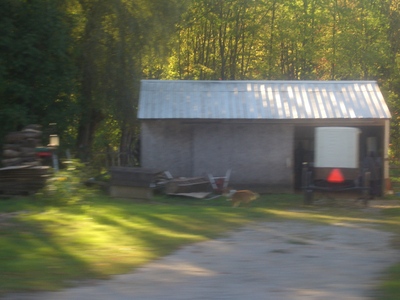 Many people have seen photos of the fairly well-known ‘white-top buggy’ Amish.  This group is based mainly in Pennsylvania’s diverse Big Valley region.  They are most commonly known as the Nebraska Amish, named after a Nebraska-based bishop who helped the group get started in the late 1800’s .  Referred to by Steven Nolt as ‘the most conservative of all Old Orders’, they are also called the ‘Old School Amish’.

Not everyone knows that there is a tiny community of Nebraska Amish separate from the main group, located just over the border in Ohio. 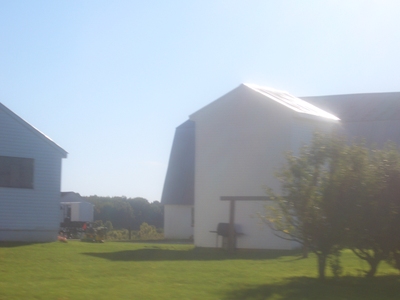 Interestingly, despite being considered by some to be even more conservative than the Swartzentruber Amish, this particular group uses the SMV (Slow-Moving Vehicle) signs on the backs of their buggies, something the ‘Swartzies’ (as higher-order Amish friends call them) staunchly refuse to do.

Bill Coleman’s photos of Nebraskans in PA show that some use the SMV while others don’t.  This particular bunch also has some fairly modern-looking signage, advertising their home businesses.  Swartzentruber signs, say those advertising baskets or produce for sale, are usually more primitive looking, scrawled out by hand. 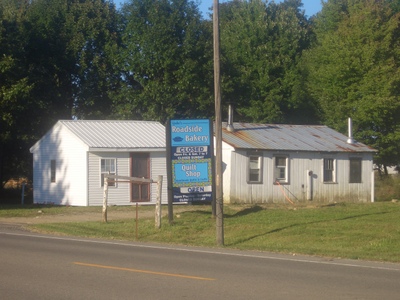 John Hostetler says there are three different affiliations of Nebraska Amish in Mifflin County, PA.  Unfortunately, being a brief visit, late on a Sunday, I did not have a chance to talk to anyone here.

I do have an acquaintance among the New Order Amish of Holmes County who used to live in this community.  He seems glad to be out of it.  The New Order’s big sticking point with many lower-order affiliations is the focus on tradition over ‘truth’.  The New Order criticizes lower orders for allowing things like tobacco and immoral dating practices.  They also believe strongly in assurance of salvation, a belief, truth be told, also showing up in some Old Order groups, but generally not.