What is an “Ohio Nebraska” Amish home? It’s a home of a Nebraska Amish family located in Ohio. And who are the Nebraska Amish? This is a small group of traditionally quite conservative Amish, who originated in Pennsylvania. Am I making this sound more confusing than it actually is?

Well, their name comes from the origin state of Yost H. Yoder, a bishop who helped this group get their start – and who had earlier helped to found a community in Gosper County, Nebraska. A number of families from that settlement (originally from Pennsylvania) also eventually returned to their homes in Mifflin County, PA to join the “Nebraska” group. The Nebraska church’s origin dates to 1881. The linked article at gameo.org notes that they are the “oldest order” of the Old Order Amish.

They are also known as the “white-topper” Amish for their white-top buggies. Though they are traditionally known to be one of the more conservative groups, in at least some churches they have adopted more technology in recent years. They mainly live in their area of origin, the “Big Valley” of Mifflin County. 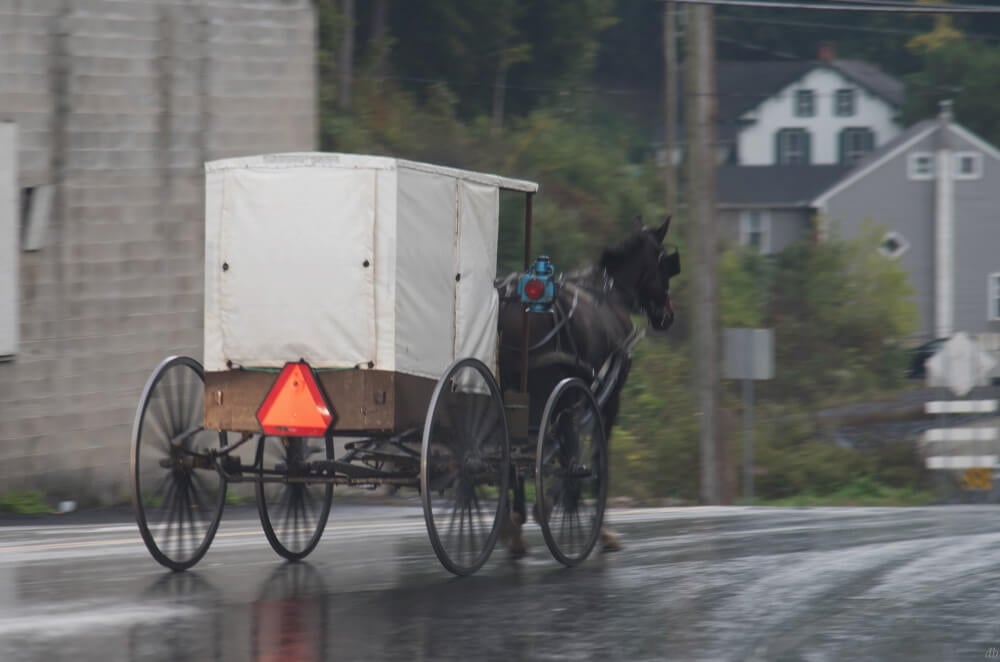 However, for nearly 30 years, there has also been a small Nebraska Amish settlement outside of Pennsylvania, in northeast Ohio. I visited this community back in 2007, and Don Burke shared photos from his own visit in 2018, like this one:

It’s not a large settlement, at just one church district in size. That might be one reason this home has been listed online – Amish in places without a large surrounding community in particular may have to expand their range of potential buyers.

This Nebraska Amish home is currently listed for sale at Zillow among other places (listing here). The description:

Here is a nice farm ready for a new owner! Multiple outbuildings including a 50’x175′ 300 head veal barn with great contracted income potential, shop, horse barn, storage sheds. Fenced-in pasture with nice 30’x60′ horse barn including 11 horse stalls. The property also features a 4bd/1ba home that currently does not have electricity. A small garden just outside the home is ready for you to plant! The property features 15 +/- acres tillable that is currently in hay. The small wooded area in the back of the property would be a great hunting spot. The property also has multiple water sources including two small creeks and a pond. 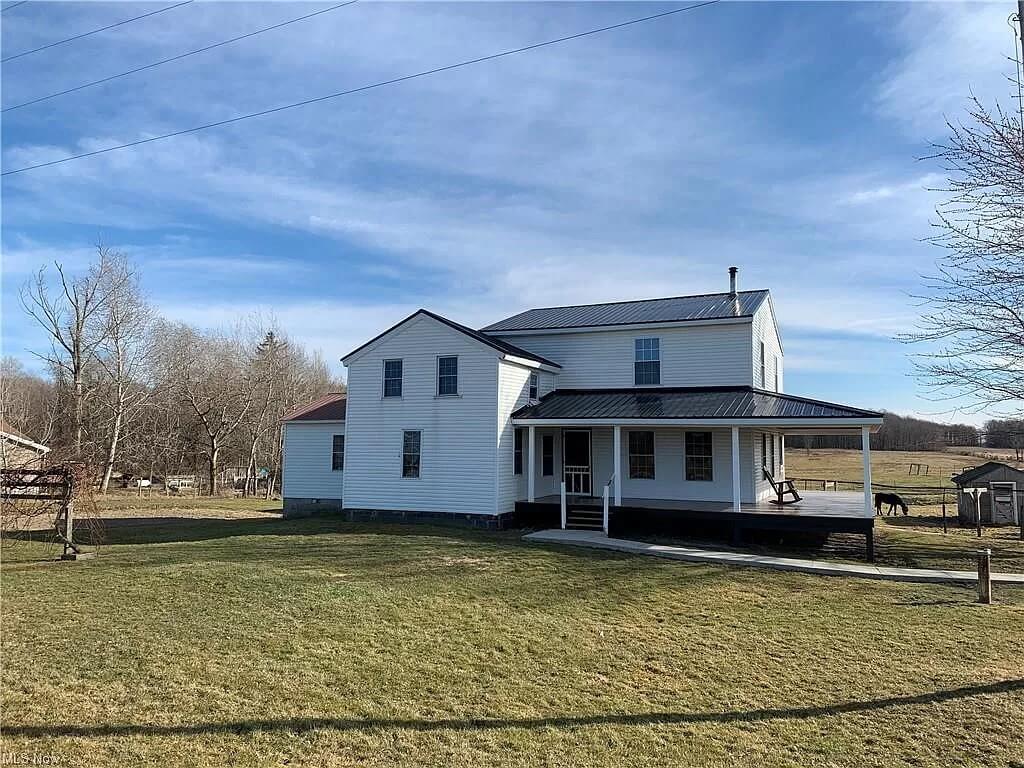 Sounds like a nice property. I’m not sure about the bathroom, as despite this description, Zillow lists it as not having one, and Nebraska Amish traditionally don’t have indoor plumbing (though perhaps that has changed in some churches). Here’s a closer view showing the inviting front porch: 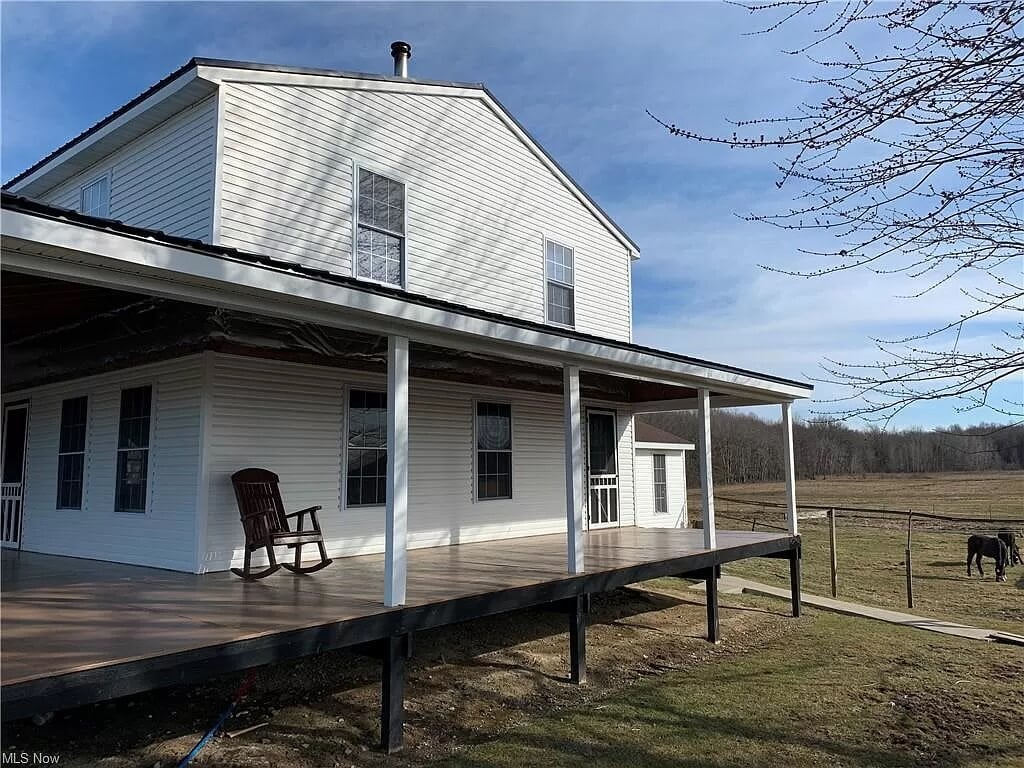 I like big, wide open porches like that. So, let’s have a look inside. There are only a handful of interior photos of this property. First, there is a misconception out there that Amish homes don’t have curtains. Some don’t, but many – most? – do. You can see this home does. 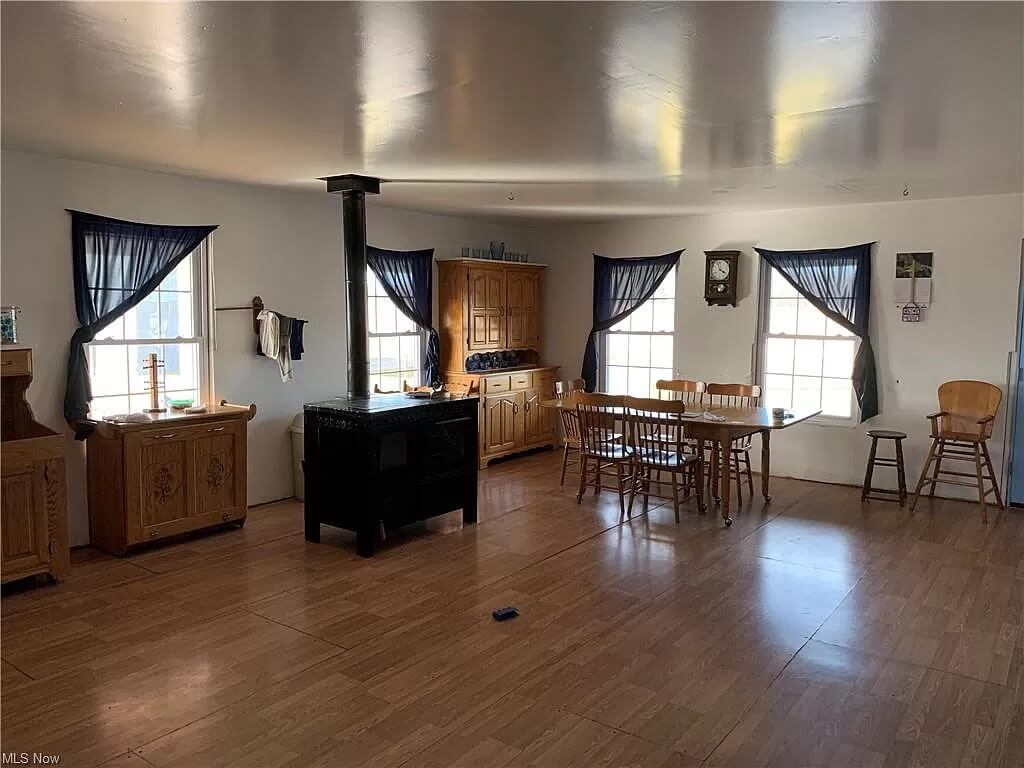 If not, they often have draw-down roller blinds, as in many of the windows of this Indiana home. 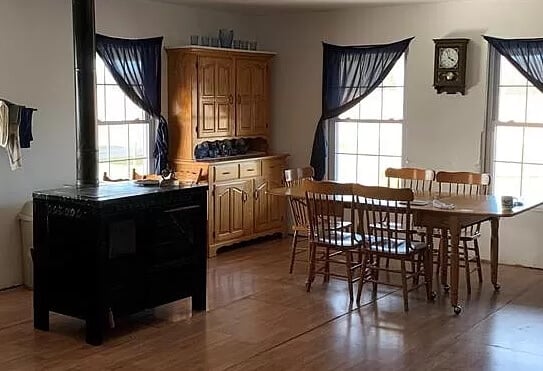 You can see this home has a pretty plain appearance. The light blue is pretty common of this group, with front doors and exterior elements of their home often painted a similar color. 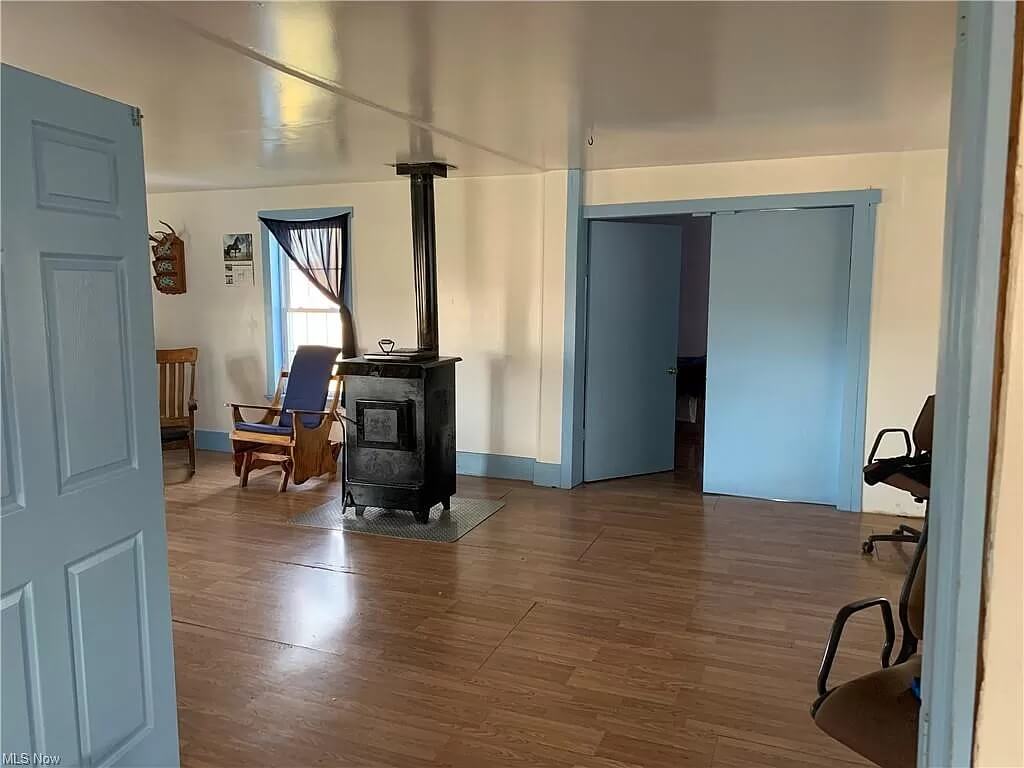 Zooming in we can see a calendar with a horse image, what looks a glider rocker, and a hook on the ceiling, which might be for hanging a light. I also think I make out a small set of antlers. 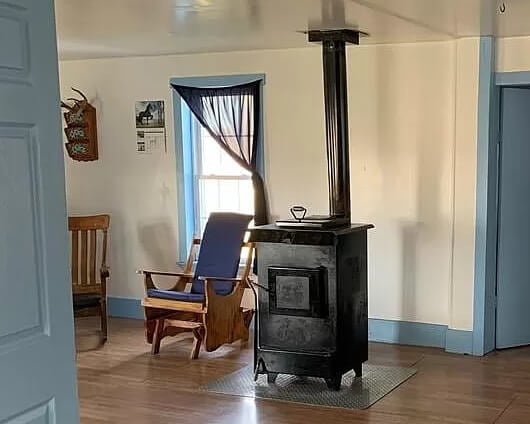 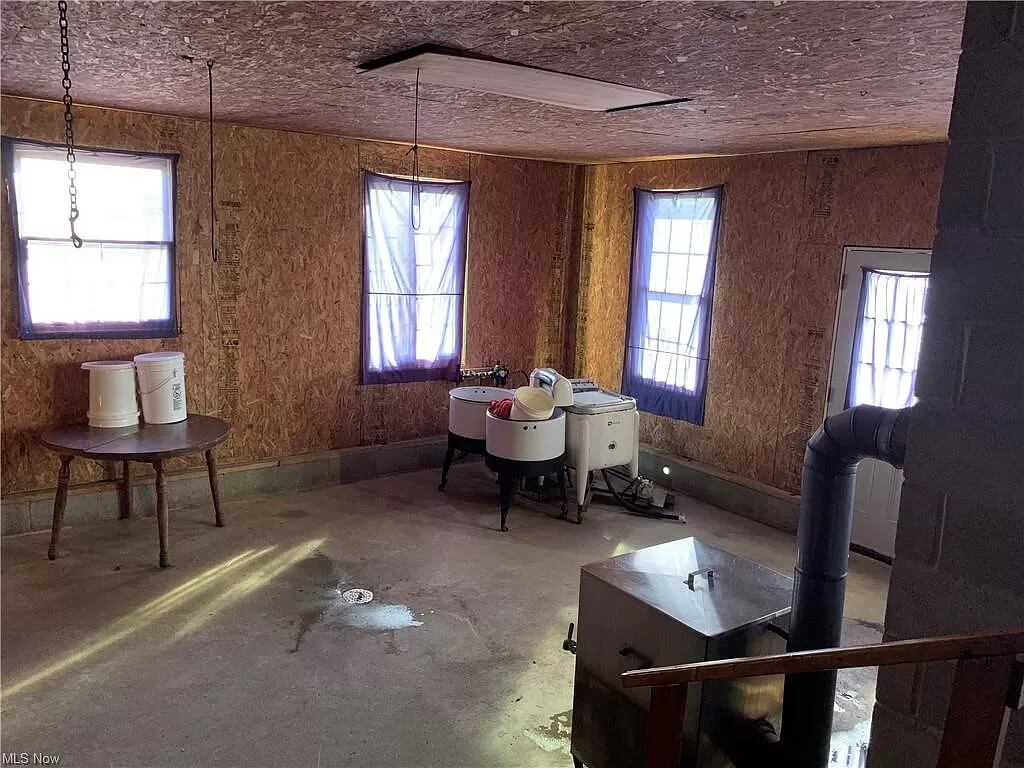 And a bedroom. Deep purples and blues are common colors for the quilts and clothing of Amish in this group. 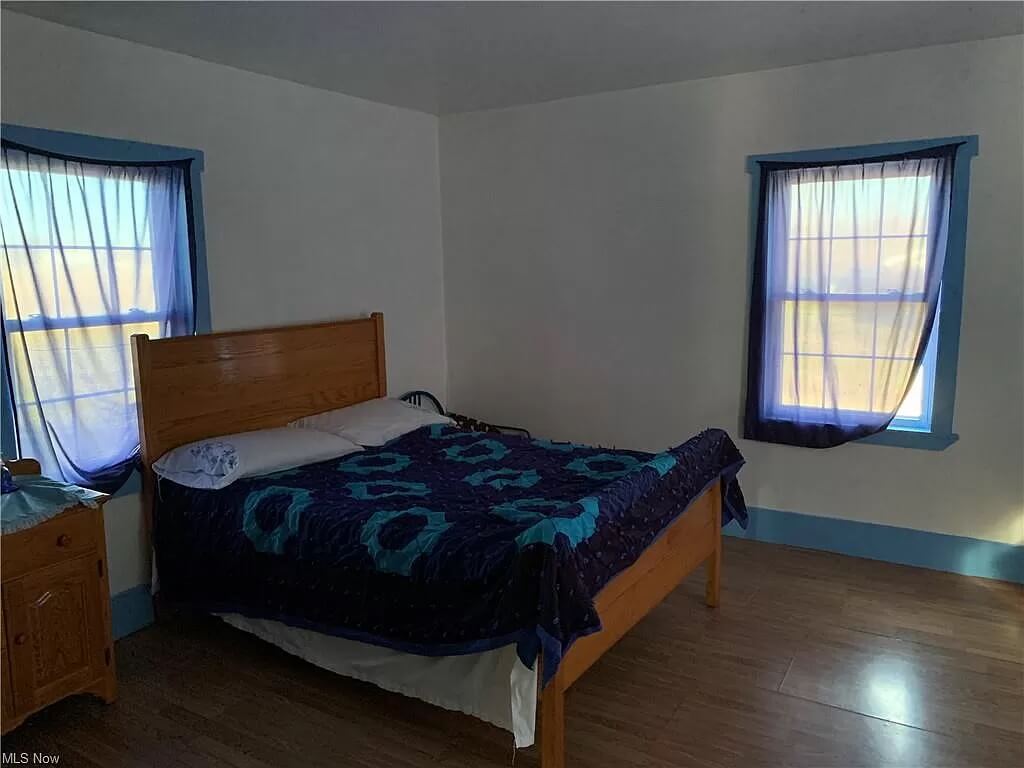 Back outside, a view from the rear of the property showing some of the outbuildings. 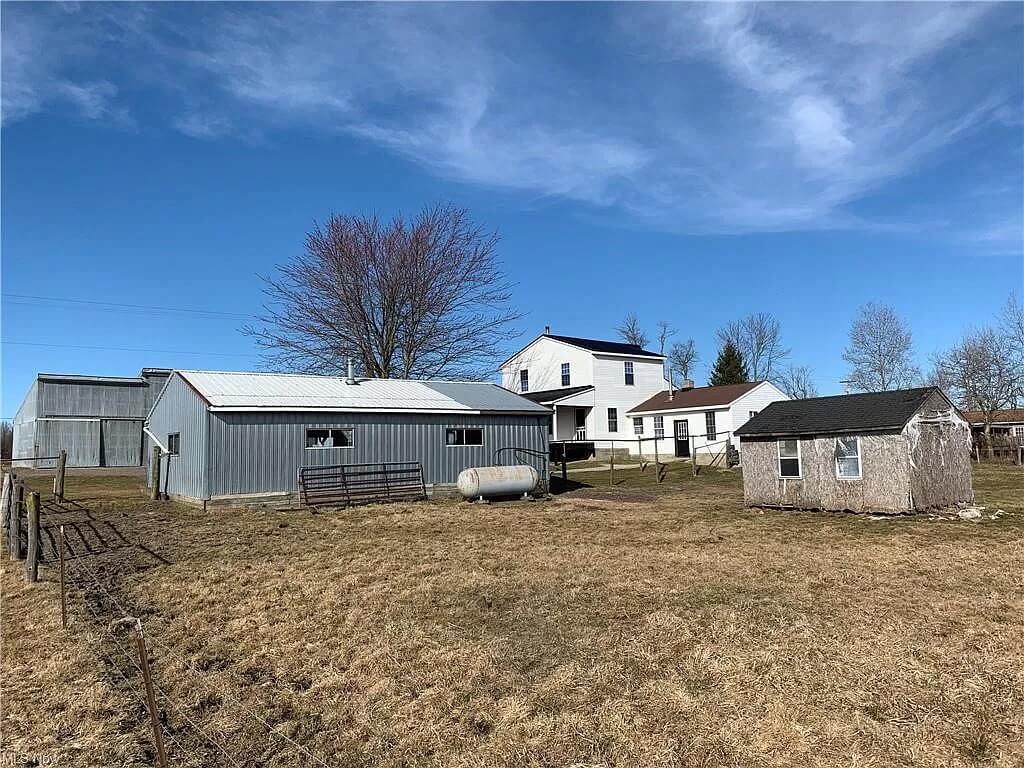 Stepping back further, we take in a view of a nice little pond. 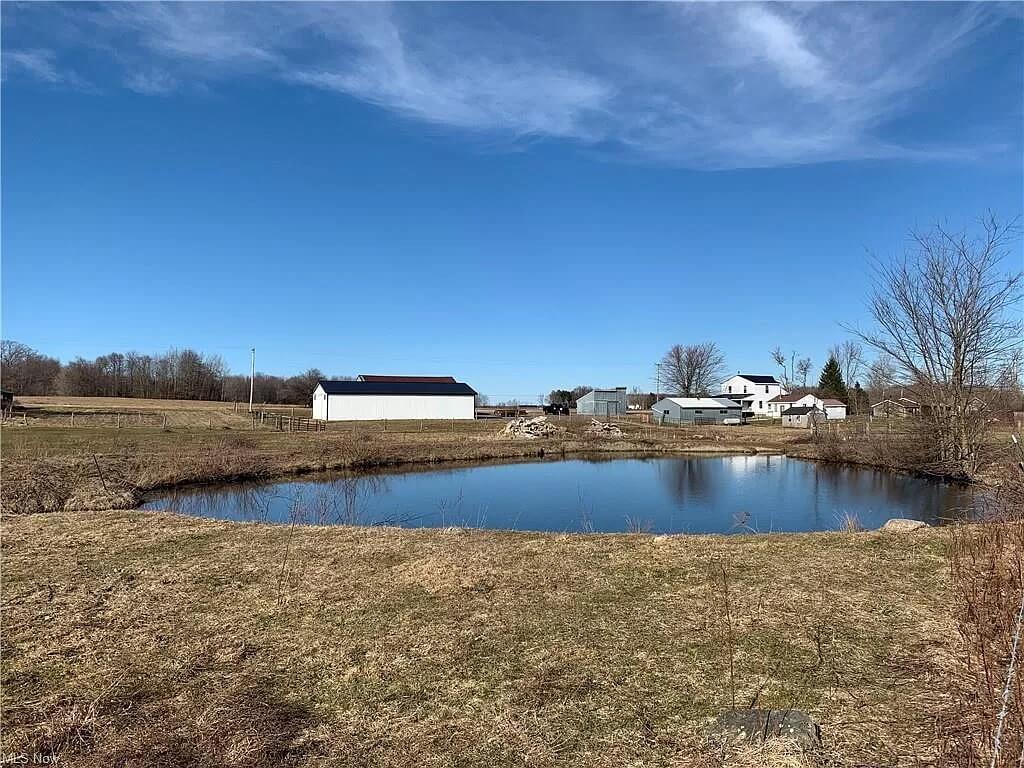 Shed with some horse-drawn vehicles. 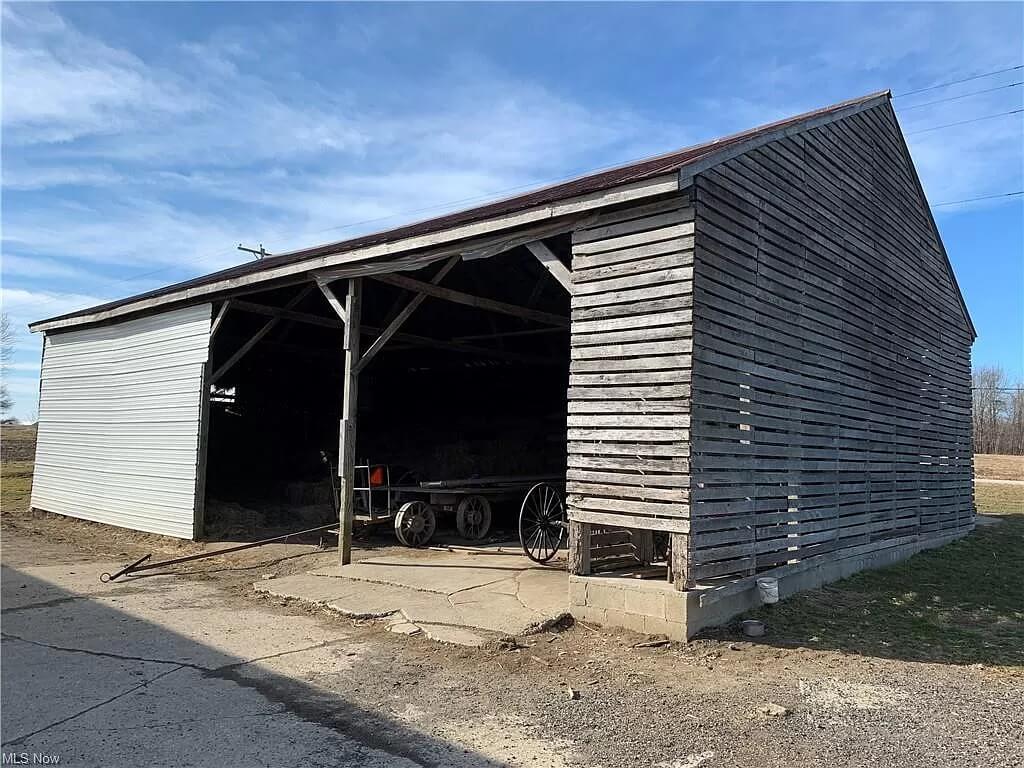 Unlike their owners, Amish horses WILL pose for the camera. 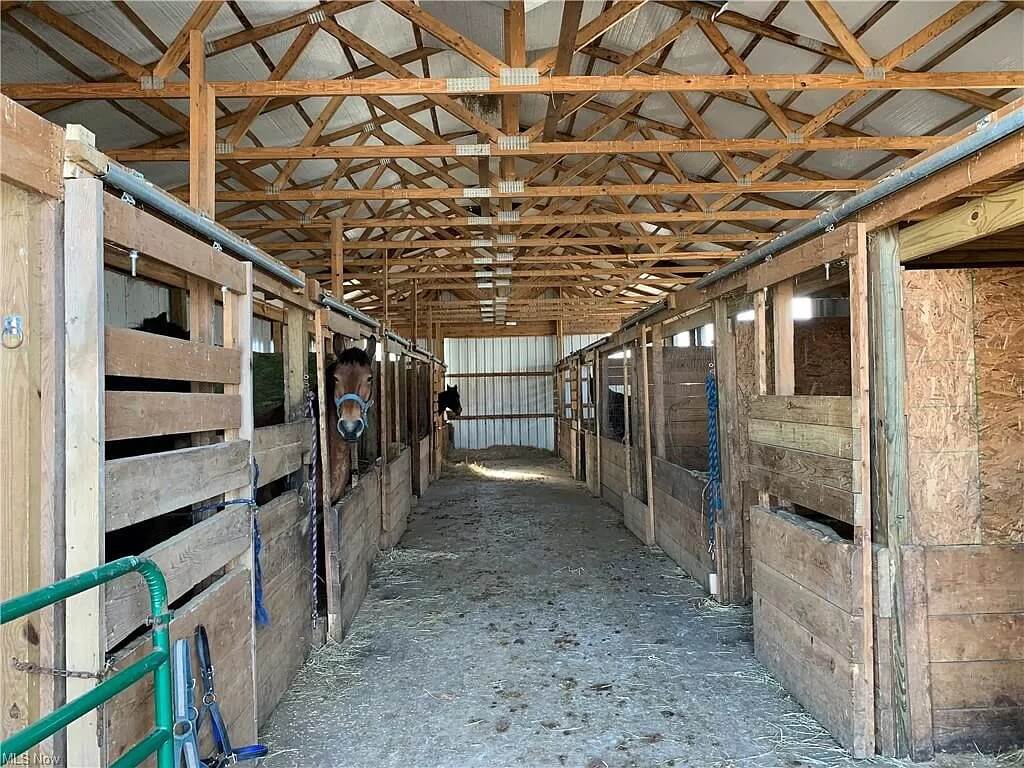 Here is the “veal barn” referenced in the description. I’d heard this sort of structure referred to before as a calf barn, but not a veal barn. To my ears it kind of sounds like referring to the place where cattle graze as a “steak pasture”. 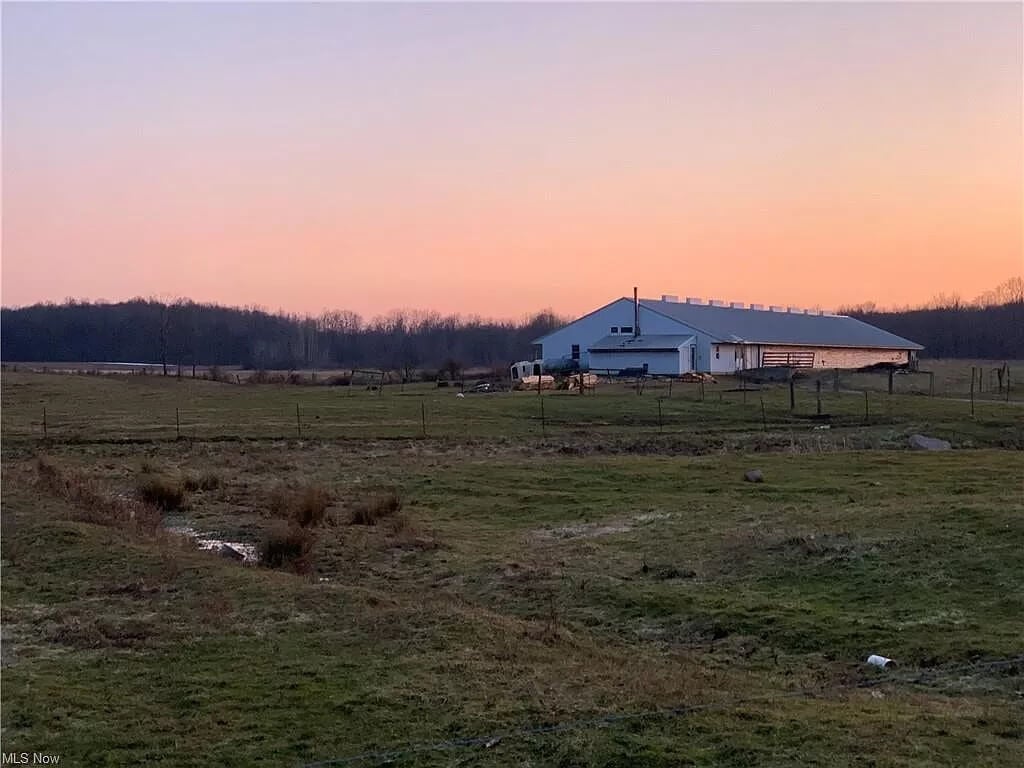 So what’s the price of this roughly-49-acre farm property?

It’s on the market for $374,900. You can also view more photos at the original listing company’s site here.