So this video threw me for a loop at first – it opens up with footage of a Nebraska Amish buggy. But the actual auction footage, and later buggies, appear to be all Lancaster Amish. 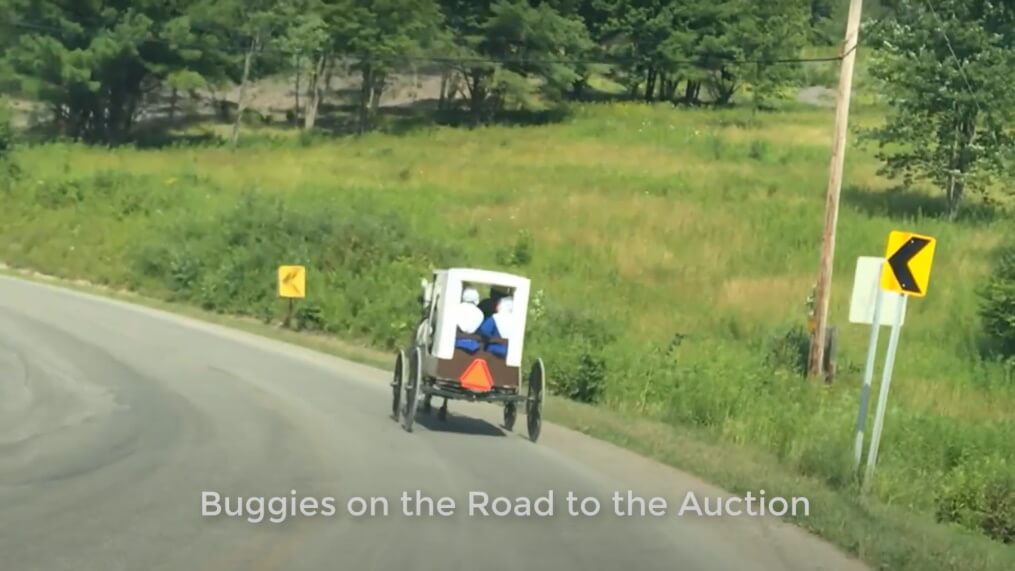 Video creator “Art Food and Culture in the USA” comments that this is the Seneca region of New York. Amish have flocked to New York in recent years and among the newcomers have been Nebraska Amish. Nebraska Amish are best-known as living in the “Big Valley” region of Pennsylvania, which has had an Amish presence since 1791. But they have settled outside that core community, including in Ohio in the early 90s, and in New York something like 8-10 years ago.

It’s a short video – just about three minutes. There is more footage of the produce itself than of the Amish (produce looks nice though 🙂 ). Another interesting image is this shot: 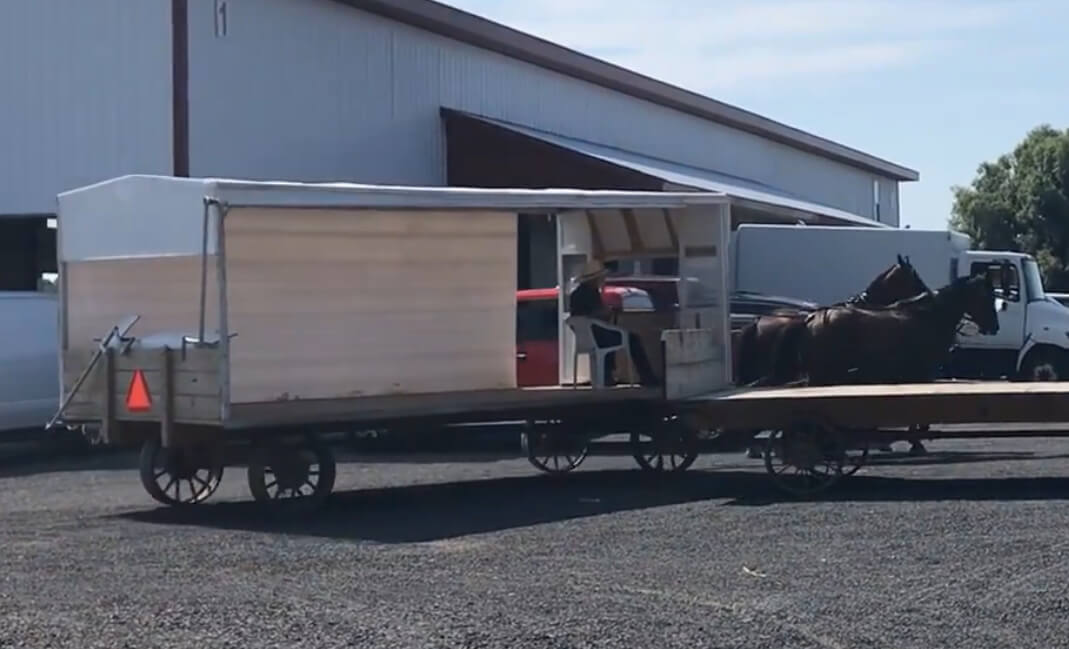 A large wagon with the top and one side covered, and one side open. I would guess this is used to transport auctioneers down rows of product as they auction off lots. I saw the English auctioneer version of this at an Amish auction in North Carolina in 2019. I don’t notice signs of Nebraska Amish at the auction itself, so it’s possible they simply passed them while driving in the area. Watch the video here: