A video making the media rounds supposedly shows Amish singers in Minneapolis singing a hymn as they hold signs related to the death of George Floyd.

The people in the clip were in several places described as “Amish” – possibly due to the label at least one YouTube uploader gave the video, and those writing the articles lacking familiarity with the Amish. 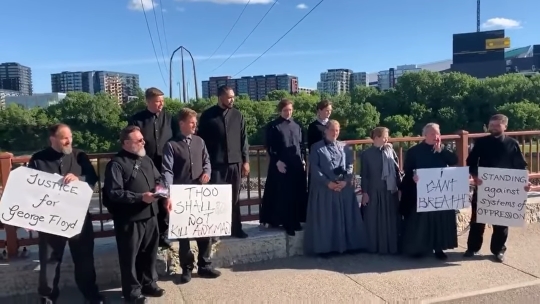 But as awareness has spread, I see that narrative has shifted to describing them as “Amish-esque” or similar terms. Others are calling them Mennonites, which is what I’d heard they are from one source.

However, another video on YouTube – which looks like the original – describes them as “Church of God”. The account owner actually contacted the group, and found they are part of a church from Cecil, Wisconsin. She updated her video with this:

I finally identified this group as ‘Church of God’ https://www.churchofgod.net/articles/… and they are NOT Amish or Mennonite. They LOOK that way to me and many commenters said they are likely Mennonites. However I contacted them and they said they are not Mennonites. So I deleted the reference in the title. I don’t quite understand their origin, but actual Mennonite people have said they have nothing to do with them so I edited the title.

The term “Church of God” has been used by many different religious organizations, currently and in the past. The website of the Cecil church shows both how they differ from the Amish, and why some might have misidentified them as Amish. They do have a plain appearance, and the pastor’s name is Allen Bontrager, suggesting there might be Amish/Anabaptist roots.

But there are several immediate clues in the video itself that this group is not Amish (and when I use “Amish” on this site, I am always referring to horse-and-buggy Amish, not other more progressive groups that might also use Amish in their names). They include the hair, style of dress, and the fact that they are holding signs demonstrating for a social cause in the middle of a city. 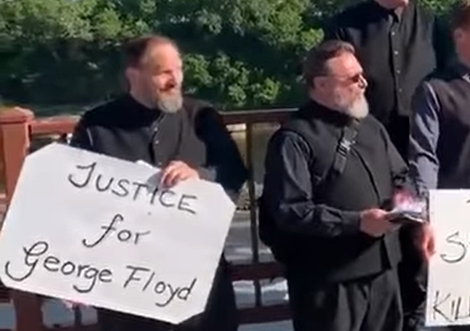 Amish people tend not to participate in public demonstrations of this sort. I tried to think of examples when Amish made public appearances that could be considered loosely similar to this example. One I could think of was Amish attending a “rally” in Harrisburg, PA for an embattled midwife back in 2008. I don’t know if that entailed holding signs.

Another partially comparable appearance would be the Amish singing in NYC video. You have a group of Amish singing in a public place in a city. But in that case there was no visible social or political cause attached to the singing.

The song this Church of God group is singing is called “Boundless Love”, and here are the lyrics. I don’t know if any Amish also sing this song, but I can’t see them disagreeing with the words here:

There is not a mother, sister, friend, or brother
Loves the way that Jesus can
He proved His love for me when He died on Calvary
He gave His life for fallen man

Jesus wants to love you, there is none above you
You are precious in His sight
He will never fail you when the doubts assail you
He’ll be with you day and night

Update: Here’s another image, showing the clothing of several of the girls. While plain, you can see it differs from typical Amish-style female clothing. These girls appear to be wearing collared shirts and/or vest-like garments, and skirts, rather than a single-piece dress. 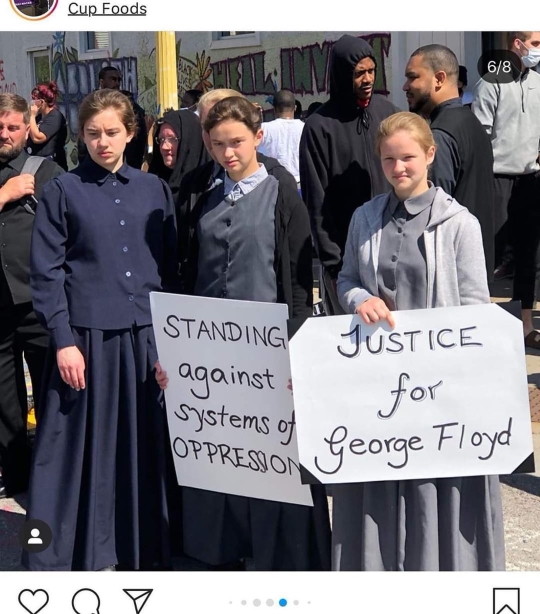