I’d never heard of this one. But it’s apparently taken off in some Amish communities.

Spikeball‘s rules are simple. It’s played in two teams of two. I won’t try to explain the game in depth here (this is what I watched to learn the rules).

But essentially you have three hits of a ball, back and forth with your teammate a la volleyball. The object is to spike it down onto the trampoline-like net in the center in a way that the other team can’t get to it. This scores you a point. 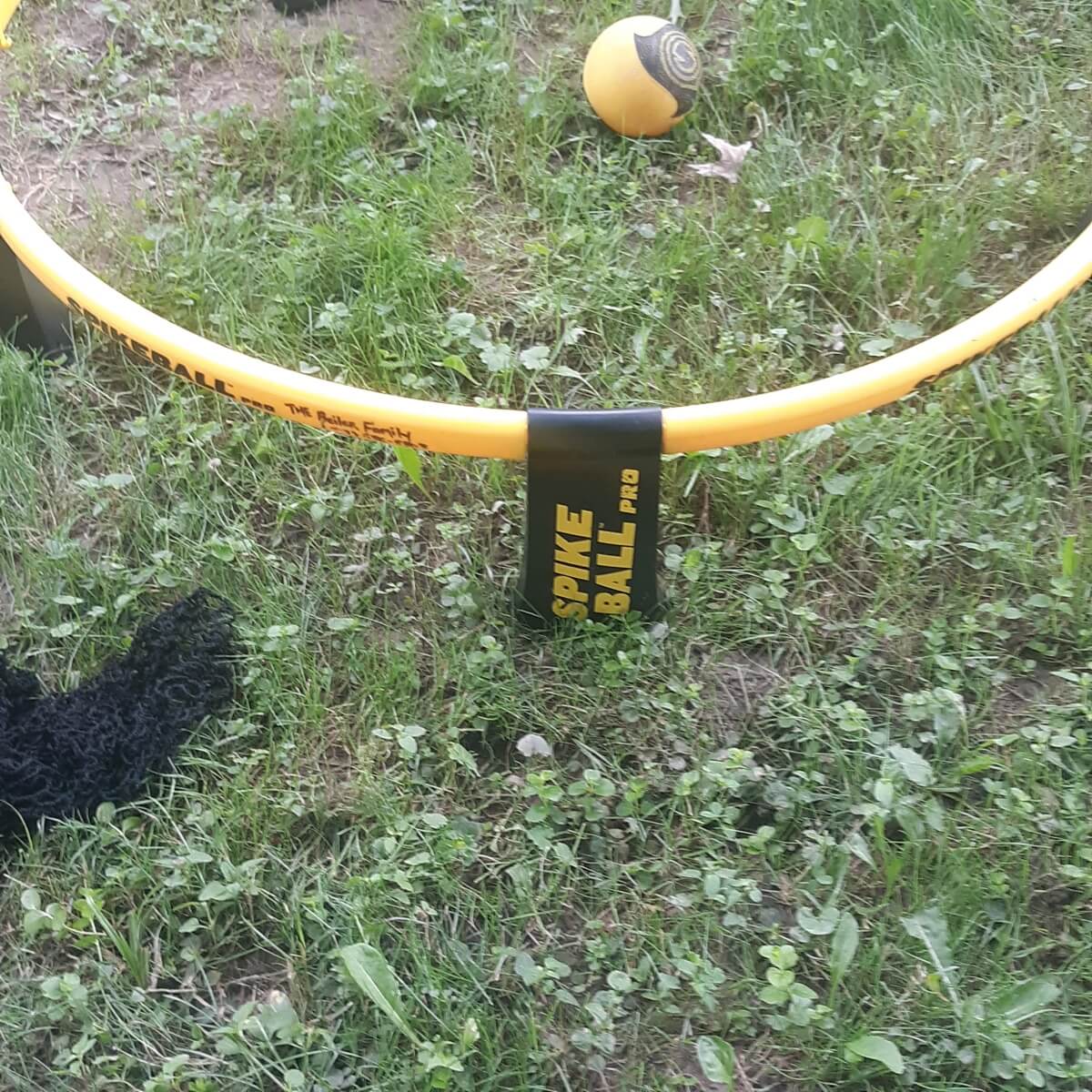 I’m calling this “New” in the title, but it’s not really. The game, also known as “roundnet”, dates to 1989, though experienced a growth in popularity 10-15 years ago after being re-branded and promoted by the Spikeball company.

However this is the first I’ve heard of it taking off among the Amish, but it very well may have been around in Amish communities for longer.

Volleyball is a popular youth activity for youth group meetings. These games and meetings serve a social function in that they are a place where Amish youth of both sexes interact. It’s typical to find a future spouse within one’s youth group. 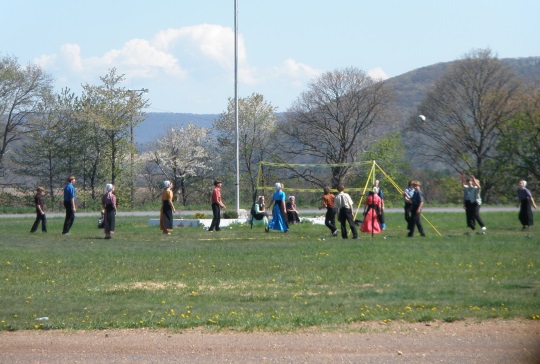 Volleyball at an Amish auction. All photos by Jerry in PA

Contributor Jerry in PA explains further. He has been noticing this being played by Amish youth at auctions. Here’s Jerry’s account from a recent auction in Perry County, PA:

In my adventures this I’ve noticed something new. A new game played by Amish teens and preteens has emerged. At some auctions it has completely replaced volleyball. It’s called Spikeball. 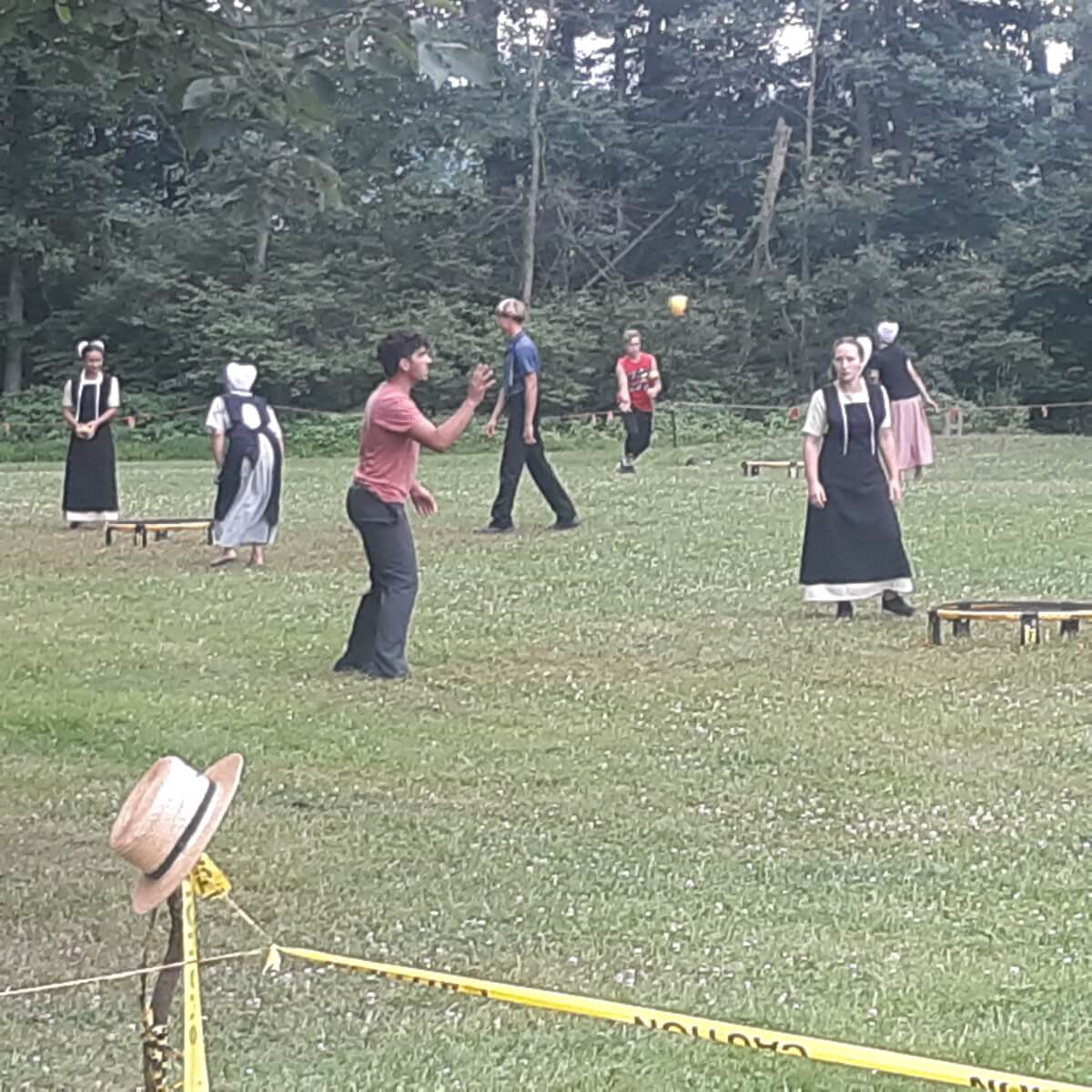 I first saw it in Mifflinburg Clinic for Special Children auction last month. This past Saturday it was the only game being played at the Perry County Parochial School auction. In Perry County, Spikeball, like volleyball, appears to be a courting/dating vehicle.

Spikeball has four players, usually two males and two females, and has many of the skill sets as volleyball. The youngsters playing last Saturday were in a field about 200 yards from the auction action. About 100 teens were in the mix and like many Amish auctions the teens do not work at the auction but are there only to socialize. Perry County has 10 church districts and 14 school buildings with most built in the last few years. 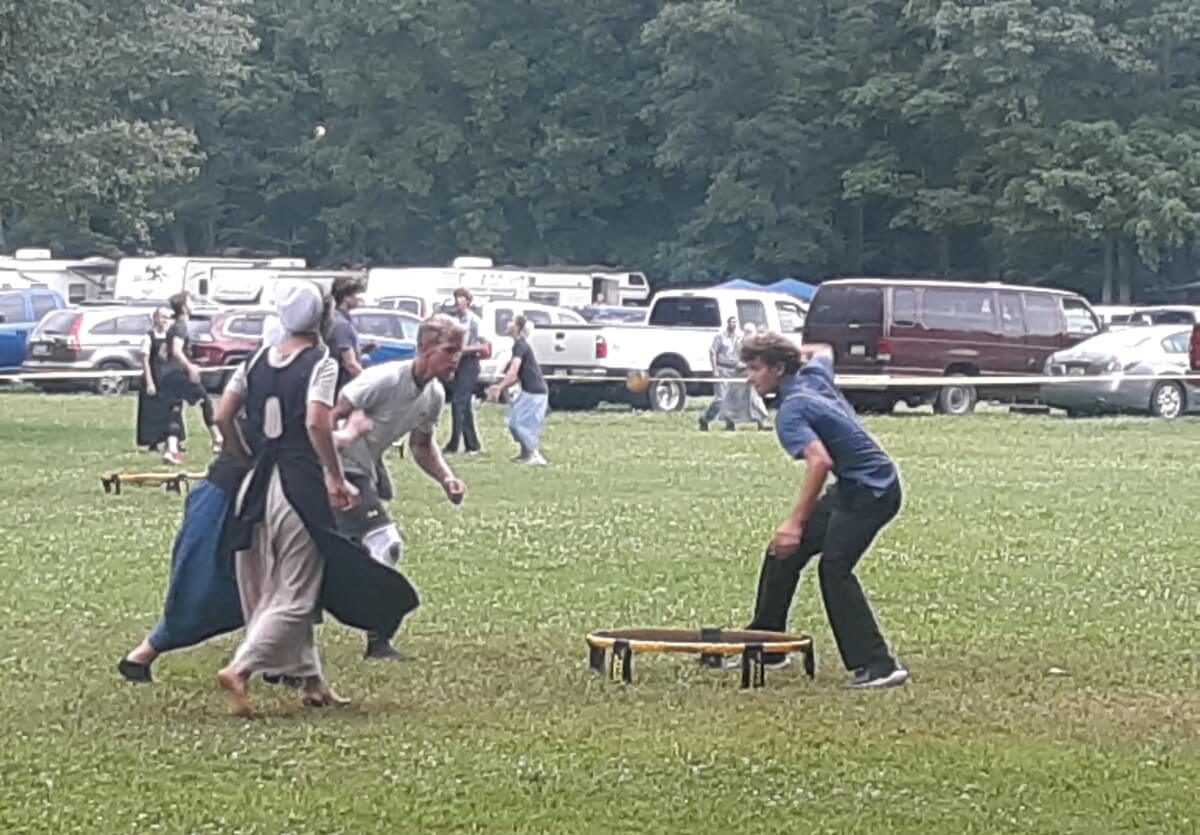 I’ll send spikeball photos but a secondary story can also be found here. All of the young adults are Amish with about twenty in their Perry County Rumspringa stage. Most of the males were dressed more contemporary than I’ve ever seen here and the females did not stray far from the long skirt and prayer cap but did wear t-shirts. The Rumspringa boys arrived mostly on bicycles and none were in buggies. Bicycles are not normally seen in Perry County, much like Lancaster County. 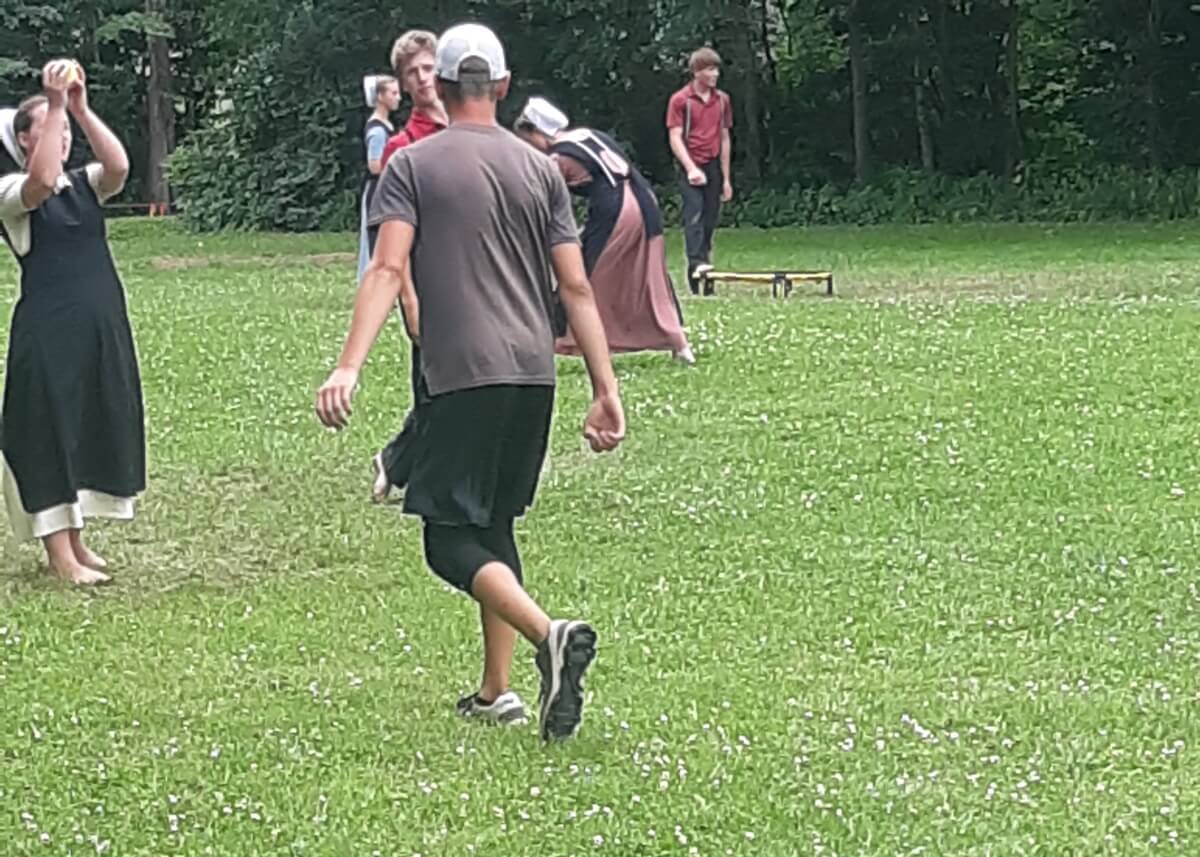 Most of these boys are working in the construction business as Perry County has numerous building/roofer Amish business enterprises. At all times there was one or two “elders” observing the youth gathering.

Jerry also notes that they don’t keep score when playing (as tends to be the Amish youth custom with volleyball games). Though I wonder if some aren’t keeping score in their heads 😉