Since yesterday, several people have reached out to let me know about this new video (including one Amish friend). This is by YouTube filmmaker Peter Santenello (new to me), who makes videos about different cultures in the US and around the world.

In this two-part series, Peter walks around Pinecraft speaking with Amish people, as someone knowing relatively little about the Amish. He is given a warm greeting by the people he meets and ends up learning more about Amish life and beliefs. It leaves you with a smile on your face. 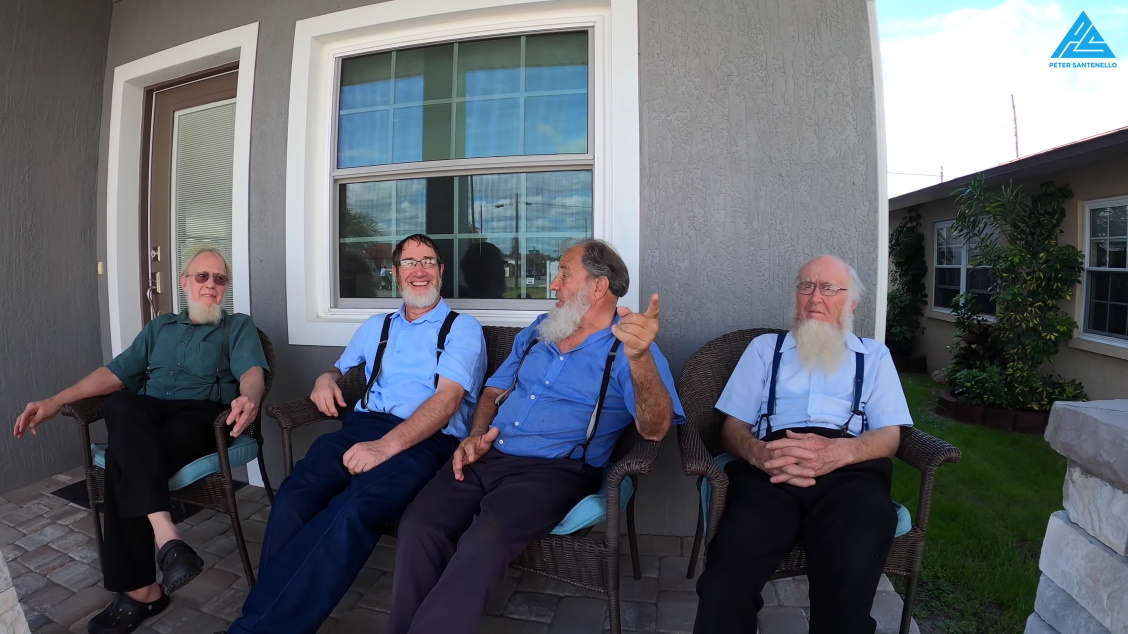 The video is a great ground-level look at the unique Florida settlement. Peter meets his first interviewees outside Yoder’s at the so-called “Wisdom Bench” (I’m pretty sure that’s a tongue-in-cheek name :)) where he speaks with John Raber and two other Amishmen who give him some initial firsthand insights into the community. 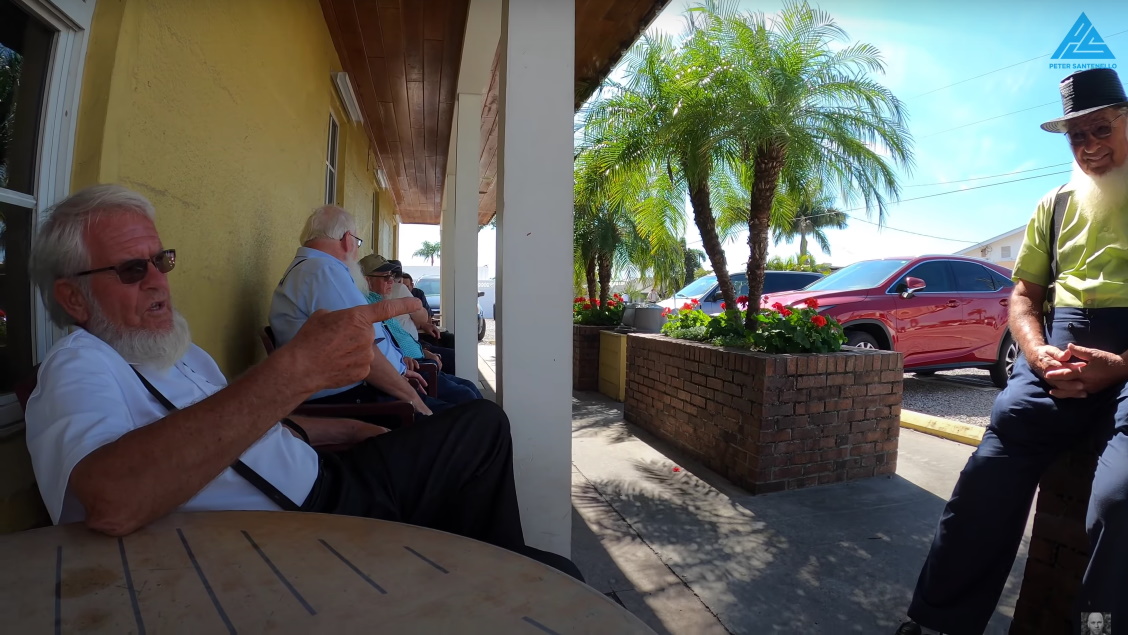 Later he has a long chat with an Amishman named Junior Fisher and several others outside a home on one of the Pinecraft residential streets. I can’t help but smile watching this video and enjoying the warm welcome and good humor Peter experiences as a complete outsider approaching the community with curiosity and respect. 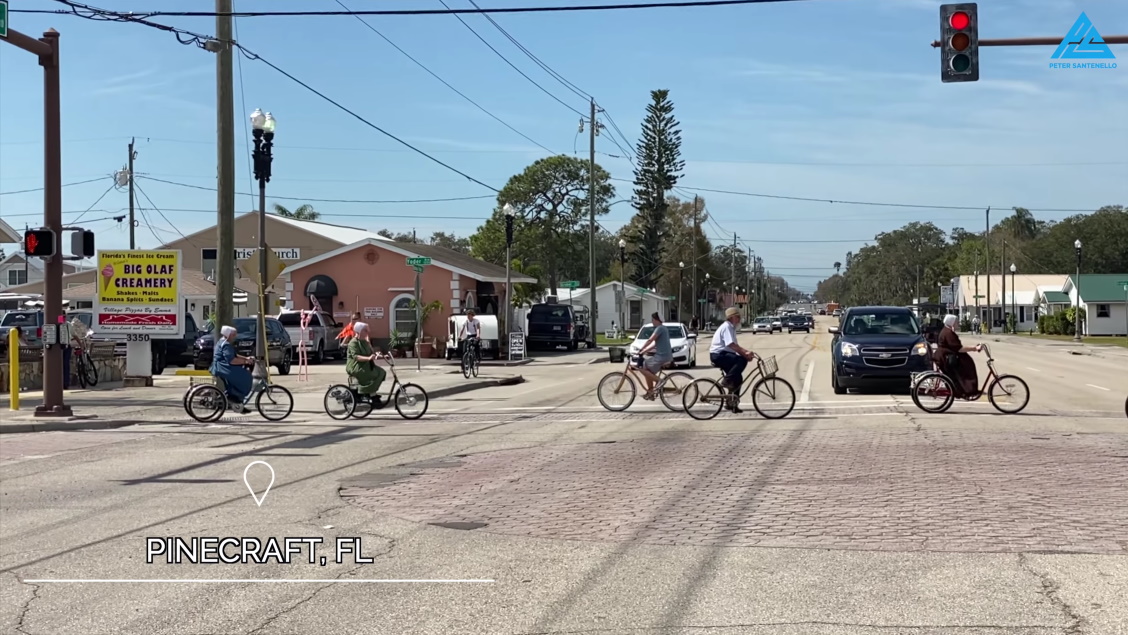 As far as the camera, Peter is concerned about not stepping on anyone’s toes. But the people he speaks with are fine with it – even more than just “fine” in some cases, with one joking and laughing about being on TV several times. “Are you putting me on TV?” Junior asks him at first. “Turn it on so we’ll be on!” the Amishman says with a laugh. Not everyone is the same around cameras, but generally there is a higher comfort level with technology in this community.

I hope you enjoy this part 1 of Peter’s visit to Pinecraft. If you have never been to this one-of-a-kind place, this is about as good of a feel for the atmosphere as you will get from a video: