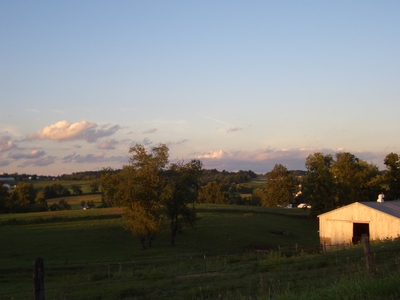 Last night there was a frolic at ‘Ivan’s’.  Ivan is a jolly father of six and one of my favorite people to spend time with here in Holmes County, Ohio.  If he were southern, we might call Ivan a ‘good ole boy’.  Always a blast to hang out with.  When he flashes his trademark grin at you, you know he’s up to something.  So I knew he was up to something this past Sunday when he grinned and invited me for last night’s get-together.

‘Frolic’ describes a social/work event that takes place from time to time in Amish communities.  Neighbor men and boys get together to pitch in for a few hours on a work project.  The job at hand was a new shop that Ivan’s 17-year-old son was building to house his woodworking operation, which has outgrown its current quarters.

It was set to start at around 6.  A few minutes beforehand I swung by and scooped up a couple of the neighbor boys that were joining in.  Saved them a bike ride and and I got a surprise sandwich dinner to boot, complete with just-picked grapes.  (Delicious!  Taste a lot like the Muscadine my uncle grows in NC, only smaller and a different color).

Once at Ivan’s, men trickled in until we had a crew of around 15, with some younger boys poking around, playing with tools, and trying not to cause too much mischief.  The frame and roof of the shop were already in place; (had Ivan hired an Amish roofer for a pro job?  I did not ask)  our job was putting in the insulation and metal siding on both the interior and exterior. 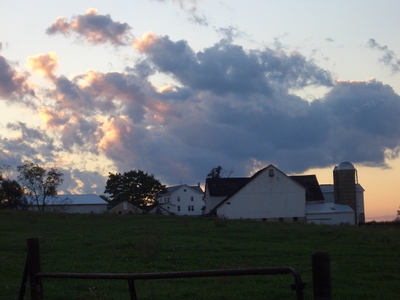 Ivan had blown out his back recently.  He’d taken some ribbing for that after church last Sunday.  But Ivan admits that carpentry and building are not his forte in the first place.  So he took on supervisor/morale booster duty, walking around, working the crowd, cracking jokes (Erik, you need some Amish pants) to keep everyone in a good mood.  He also had another important duty, which I found out about as I stood back by the wall, hammering nails.

This was a bit of an in-joke.  As I do my interviews I end up talking with a lot of Amish business owners about the use of their name to sell everything from wines to buggy rides to bedroom sets that run into the thousands of dollars.

The formula, at its most crude: if you’re not selling like you’d want to, just slap ‘Amish’ somewhere on the label, and presto.  Some Amish don’t see a problem with it, some are strongly against it, most are a bit ambivalent–in any case the ones most blatantly using ‘Amish’ usually don’t have much of a connection with the lifestyle. 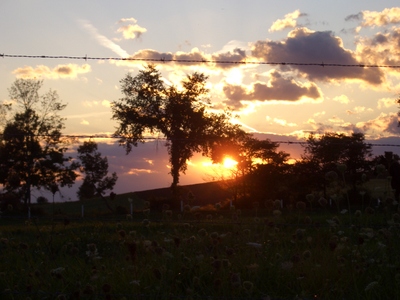 The night finished around 9:30 with a snack of steaming black coffee, corn chips and raisin bars.  The job wasn’t yet complete, though we’d gotten about halfway, so Ivan’s boy has a good start.

I’m pretty inept when it comes to building stuff.  For most of the evening I was a pack-mule, teaming up with Ivan’s 70-something dad to haul metal paneling around.  I’m on the low-tech, low-skilled end of the labor force in Amish society.

I  did my best but don’t think I contributed more than about .03% to the final product, and I think Ivan knew that’s how it would be, but just wanted me to be there for the experience.  That was thoughtful of him.

It was worth being around, if for nothing else but to feel the family-like atmosphere, to observe the strength of community and integrity of the men, all those things you might read about in books, right there in front of you.

As I watched these guys work, I noticed how hard they went at it and the care they took in doing a good job.  It wasn’t their own shop they were building, but they sure acted like it was.