Chili (pronounced ‘CH-EYE-LIE’) is at the southern tip of the Holmes County settlement. The hamlet itself is actually located well inside Coshocton County.  It’s not much more than a few ramshackle homes at the juncture of a couple of country byways.  Leaving town, a partially-covered sign alerts drivers to the presence of horse-drawn traffic just ahead, marking the start of the world’s largest Amish community. 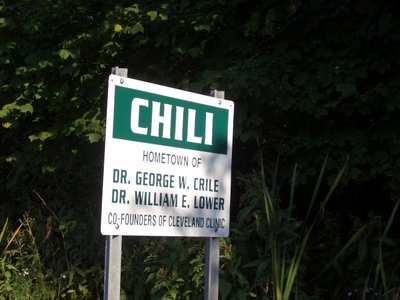 I sometimes wonder what this community will look like two decades from now.  With the Amish population doubling about every 20-22 years, it will be enormous.  If current trends hold, there will be around 12,000 households, close to 70,000 Amish individuals here in the year 2027.

I would expect more of them to continue to spread into relatively less-inhabited areas south and west rather than north (avoiding the suburban development of Canton, Massilon and Wooster) or east (roomier, but likely more expensive land, being more accessible to the interstate).  Perhaps Chili will be surrounded by a dozen church districts by then. 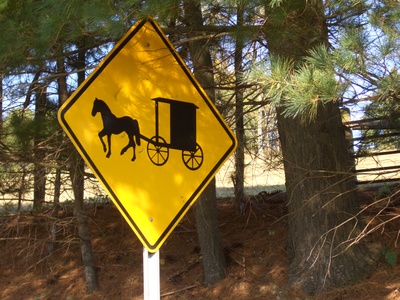 Some Amish here may complain of feeling cramped from time to time, but others would say they have little reason to.  With a county population of approximately 40,000, Holmes is a lot less crowded than the number two Amish settlement, that of Lancaster, a county with a population approaching half a million.