An imaginary line runs through Lancaster County.  Some say it follows the route of highway 30, the old Philly artery which bisects the county.  This theoretical divider splits the settlement’s Amish into conservative and more progressive groupings.

The north-south division may not be that cut-and-dry, but it is a real thing.  Some say a stricter Ordnung and less contact with outsiders tend to make southern Lancaster Amish more insular in relation to their northern brothers and sisters.

One of my friends ‘near the line’ here in Lancaster tells me that when they go to visit his wife’s sister in the southern part of the community, they feel out of place.  They’ll visit with people to the north of them, but the church district directly south they rarely see.  Asking a farmer just south into the next district confirms this.  ‘No, we don’t go up there much’.

‘Being in fellowship’, or being ‘back-and-forth’, is what it’s called if you are open and friendly with the neighbors, when you visit them for church, exchange ministers, and your sons and daughters marry theirs.

‘We’re back-and-forth with those people’

This goes for intra-settlement contact as well as within a particular community.  Lancaster Amish are not too much back-and-forth with Holmes County, Ohio Amish, for example, though they do fellowship with the Andy Weaver affiliation Amish from that community.  Lancaster people tend to be back-and-forth with Lancaster daughter settlements, such as those in Dauphin or various other PA counties, or the two settlements in Wayne and Parke Counties, Indiana.  Those particular Amish have much closer ties to the Lancaster people, even though other Amish settlements in various Indiana locations are geographically much closer. 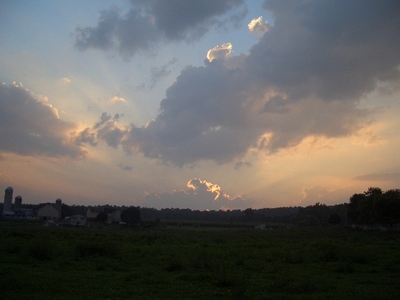 I’ve seen this same dynamic many times in other settlements.  A more progressive business owner in northern Holmes County talks in terms of ‘those people’ when referring to those in the conservative deep south of the settlement.  The idea is that ‘they’re different from us’.  Contrary to what I once thought, there’s just no such thing as one big happy Amish family.  Amish do talk in terms of ‘our people’ when referring to Amish in general compared to English or Mennonites, but lines of distinction are clear within this society.

I remember how back in early June one of my Holmes County friends seemed a bit wary when I mentioned I was going to see the Lancaster Amish.  ‘They’re different’ out there, he said, listing off some differences– that ‘they all dress the same’, that they’re ‘very aggressive’ at business and even farming.  He mentioned how a visitor once told him that she loves coming to visit Holmes County Amish, especially when compared to those in Lancaster.  ‘They’re rude’ she said.

Painting people with such big brush strokes can be hazardous, of course.  While there may be some truth in the stereotyping (I’ve never had so many Amish kids try to sell me stuff as this past summer in Lancaster), I can say that I’ve also met some of the absolutely nicest people you’d ever want to meet among the Lancaster Amish.  This same Holmes County friend, who’d visited PA, also stressed that among their own, there is no one more hospitable than Lancaster people.  ‘They’ll get everyone together and be up til 2 am when there’s company over, then get up on 4 hours sleep and be in great shape’. 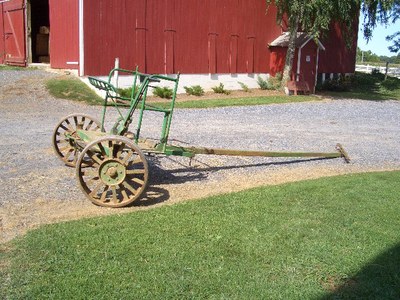 A lot of the stereotyping and the ‘they’re different from us’ idea within Amish society is based partly on hearsay, partly on ignorance, and amplified by distance.  But a lot of it is rooted in core differences in Ordnung.  Daviess County, Indiana Amish, who aren’t too back-and-forth with those from relatively nearby Adams County, describe differences with that group rooted in a more conservative Ordnung, and which help to prevent closer ties between the two settlements.

Fellowship lines make a real difference in everyday Amish life, affecting everything from who you visit to who you marry, as in my Lancaster friend’s example.  Donald Kraybill in The Riddle of Amish Culture calls the north-south ‘divide’ one of the three main points of tension within the Lancaster Amish community.  ‘If not mediated carefully by the settlement-wide Bishops’ Meetings, [the north-south dichotomy] has the potential to divide the settlement’, says Kraybill.

There truly are 31 flavors of Amish, and fellowship lines help to preserve the differences, keeping things interesting at the same time.  The diversity within Amish society also allows many types of people to find a place within the Amish world.  ‘Amish’ does not mean ‘one-size-fits-all’, and this is probably a good part of the reason why the Amish are able to thrive today.