Gaming conglomerate Penn National plans to build a casino in Morgantown, on the edge of Lancaster County’s Amish region.

This has spurred protests from local residents and religious leaders in the area. Edward Kurtz’s family used to own the land intended for the casino:

A decision, Edward Kurtz, 86, whose Mennonite grandparents once owned and tilled the now 36 vacant acres where Penn National plans to build, says is troubling.

“Right about where my grandparents’ house was they want to put a casino, so I’m upset and very sad for me and my community,” said Kurtz, a longtime resident, and former Mennonite Reverend.

Kurtz along with many community members in the religiously conservative area are opposed to the development. Red and white signs line many yards, and read, “Don’t gamble with our future,” residents’ polite way of saying “no” to a casino in their neighborhood. 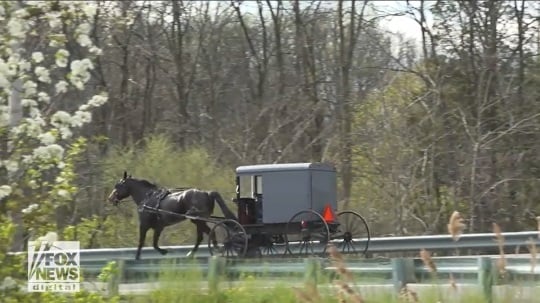 An Amish “elder” (possibly the writer means a bishop or member of the ministry) unsurprisingly opposes it as well:

An Amish elder, who wished to keep his identity private said he “doesn’t see any good coming from a casino,” which he regards as inherently dishonest.

“It’s the opposite of what this community is built on, hard work and honesty,” he said.

The elder, who spent much of his 80-odd years working and living in the townships, fears that if a casino is built in town, many of his Amish brothers may relocate to more southern parts of the region.

This story recalls Amish objections to a proposed casino in western New York. Amish there felt a casino would threaten their community in part due to increased traffic, as well as having similar moral objections. 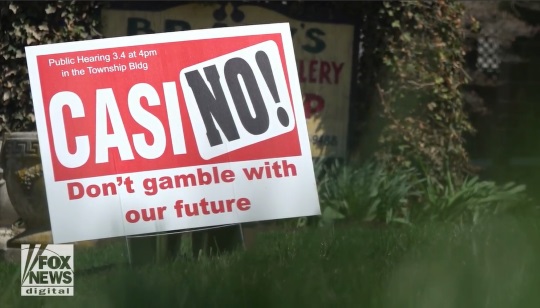 The decision is the result of recent changes to PA law which have allowed 10 “satellite casinos” to be built. Municipalities were given the option to opt out of hosting one of these casinos.

Over 1,000 of the state’s 2,500 municipalities chose to opt out. Caernarvon Township did not opt out.

Despite overwhelming opposition and a standing-room-only crowd at last month’s public hearing with Penn National, township leaders argue the casino project is a major boost to the town’s tax base.

“The kind of stuff they were bringing up is crazy,” said Allen Styer III, the chairman of the Caernarvon Township Supervisors.

Styer says with the additional funding the township can finally add more emergency services, and fix roads in their community.

“Right now our entire budget is $2.6 million. The casino will contribute an additional $1.6 million. That’s more than half, that’s’ a huge benefit to the community,” said Styer.

Penn National states that the casino will bring 250 permanent jobs to the area plus 275 construction jobs. The business will be known as “Hollywood Casino Morgantown“.

An approval vote by the Gaming Control Board is expected in May. Here’s the video report: