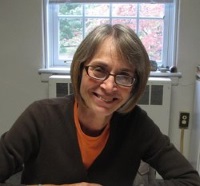 Karen is Professor of Anthropology at SUNY-Potsdam, and has studied the Old Order Amish for over 30 years.

Karen’s books include New York Amish: Life in the Plain Communities of the Empire State, Train Up a Child: Old Order Amish and Mennonite Schools, and The Amish (with co-authors Donald Kraybill and Steven Nolt).

We’ve always enjoyed Karen’s contributions, which have appeared here from time to time over the years. Long-time readers might remember seeing Karen’s photos of Amish home interiors, looks at traditional crafts such as soap-making and quilting, as well as a number of insightful interviews with Karen.

Karen has a remarkably close connection with and understanding of arguably the most conservative Amish group, the Swartzentruber Amish.

Today, Karen gives us a glimpse into the importance of hair braiding within Swartzentruber Amish culture.

This past Friday I had the chance to stop by the home of some Swartzentruber Amish friends, Delilah and Jacob. They were getting ready for church, and so the scene was a bit chaotic. In the living room sat Delilah, her mother, Fannie, and one of her sisters, Katie. All were in the process of braiding little girls’ hair. 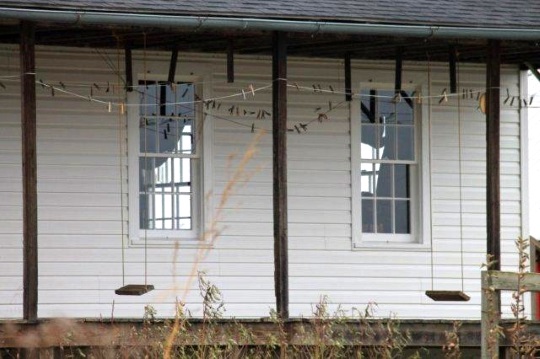 Delilah has eleven children now, just one short of the twelve her mother has, and Katie has five. Since most of Delilah’s children are girls, she has a lot of braiding to do. Little Swartzentruber girls have their hair braided until they are about eleven years old, after which they start putting it up on by themselves in a tight bun.

The braiding pattern is complex and involves braiding each side around a long string or piece of yarn and then tying the two braids together and tucking in the ends of the string. As soon as a girl’s hair is long enough to twist around the string, she gets it braided.

I stopped by one house where the child was not yet a year old and found the aunt trying to distract her while her mother tried to braid the little girl’s whispy strands. Eventually, with two of us serving as distractions, little Becky got braided—after which her mother tied a kerchief around her head to keep the braids neat before putting the child’s cap back on.

As you might expect, braiding is something little girls don’t look forward to, but, in the Swartzentruber world, not even the littlest girls can let their hair down. At Delilah’s house, each took her turn, sitting patiently while her mother, aunt, or grandmother (“Mammie”) pulled the hair tight. There were some quiet tears on the part of the very youngest but no complaining. I had brought cheese curls for a snack, and these served as a good distraction. 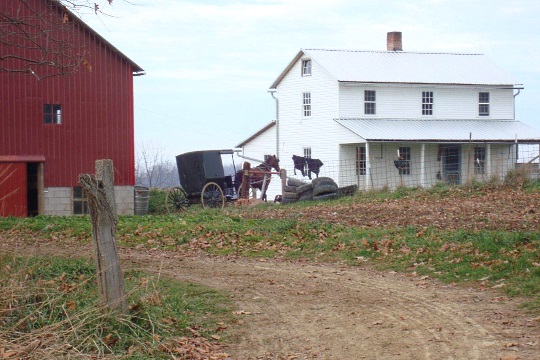 I remember watching Fannie braid Delilah over 30 years ago. Now Delilah is married with children of her own, and her hair, thin from constant twisting, hangs below her waist, her hairline has receded from being pulled back so tightly, and she can put it up in the proper adult way in about a minute.

Each Amish community has its own way of enacting Paul’s advice in 1 Corinthians about women’s hair and wearing a devotional covering. I was surprised when, on my first trip to Lancaster County, Pennsylvania, I saw little girls without caps. Swartzentruber little girls get their caps as soon as they’re cleaned up from birth! I’ve since come to appreciate how, in the simple act of doing a child’s hair, a mother hands down the traditions of her church.