Every now and again the Amish make news for a genetic study that may hold solutions to health problems that plague the general population. This latest one just reported today concerns heart health. The story from Inverse:

The Amish of Lancaster County are an example of a “founder population,” an isolated population of people who are all relatively similar in terms of their genes, meaning this subset has less genetic variation than the entire U.S. population. In turn, their genetic architecture offers scientists a distinct study opportunity — the ability to pinpoint genes associated with specific diseases.

“To me, it’s a goldmine of identifying genetic variants,” May Montasser, a University of Maryland genetic researcher, tells Inverse.

Now, Montasser and her colleagues report they have struck a nugget.

WHAT’S NEW — In a new study in Science, Montasser and her team describe their discovery of a genetic variant among a group of 7,000 Old Order Amish that is correlated with lower levels of “bad” cholesterol (low-density lipoprotein (LDL) cholesterol, in science terms). This is the cholesterol that builds up around arteries, and that can lead to and worsen heart disease.

They followed that discovery to unlock some additional information on how the gene’s expression may safeguard heart health. 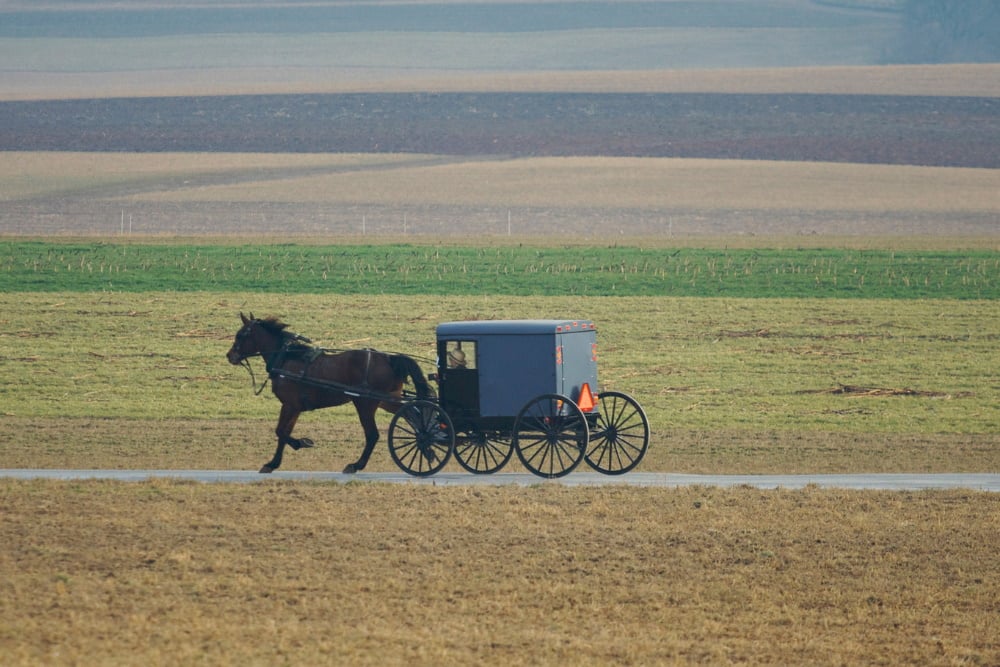 More background including on how Amish contribute to genetic research:

Since 1995, the Amish Research Program at the University of Maryland School of Medicine has partnered with the Amish community, many of whom have offered blood samples and health histories, leading to some discoveries about the genetic underpinnings of type 2 diabetes, heart disease, blood pressure, and weight gain.

In the new study, the researchers analyzed genetic sequencing data from 7,000 Old Order Amish volunteers. They found a missense variation in a gene-encoding protein — “missense” means there is a change to one amino acid, or building block, in the protein. Some 12 percent of the Amish group have the mutation — but is exceedingly rare in the general population; the researchers found just eight copies of the mutation after searching through 140,000 whole-genome sequences stored in a reference biobank.

The variant discovered in the study is associated with lower levels of LDL cholesterol. To test the idea further, the researchers used genetically modified lab mice. The mice with a genetic variant similar to the one found in the Amish had an average of 38 percent less LDL cholesterol when compared to typical levels for that species of mice.

Researchers found another pleasant surprise, too. They discovered a decrease in fibrinogen, a protein that is associated with blood clots that is another risk factor for heart disease.

More work remains to be done, but this may end up leading to a gene therapy to combat “bad” cholesterol. It would be pretty incredible if looking back 20 or 50 years from now we see that research on the Amish has led to major improvements in fighting various diseases plaguing modern society today. This unusual population has really been a boon to researchers, and great that the Amish, despite not being a population you readily associate with rigorous scientific research, are contributing to the advancement of health sciences and knowledge in their own way. Another fairly recent example of this type of thing was the discovery of a “longevity” gene in an Indiana Amish population in 2017.