Amish in Gallia County, Ohio: We Don’t Vote, But We Like Trump

Gallia County is way down in southeastern Ohio on the West Virginia border. I visited back in 2013 – it’s well off the beaten track, but a pleasant place by my impression, with some beautiful hilly country. There are two Amish settlements in this county, one of five church districts and the other of two. 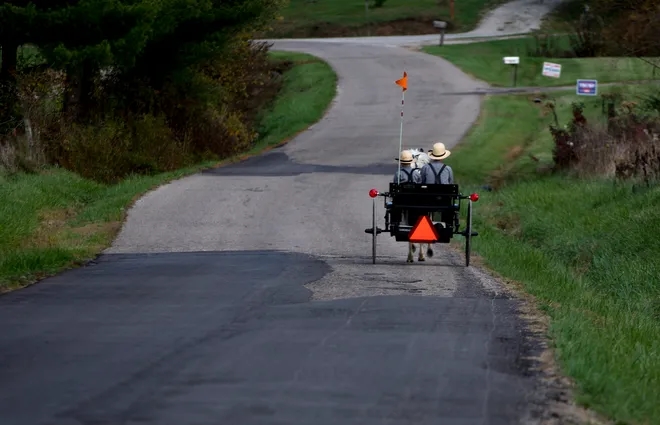 A writer named Jason Williams did something rather unusual: he revisited his family home, which had been sold to Amish in one of these communities a year previously. “My parents’ defunct DirecTV satellite is still in the backyard, the lone sign that technology did exist in the house at one time,” Jason observes. Wouldn’t it be an odd feeling to come back and see your old home converted to an Amish-friendly abode?

While there, he asked about Amish views on President Trump. What he found might explain some of the appeal to those who dislike the president’s public persona, particularly relevant given recent attention on the Amish and the 2020 election.

The Amish might simply not be seeing much of that aspect, Jason finds, due to not being on social media and consuming news in the same way as English people do. Basically, they are judging the president based on his policies and their effects:

Many of them are small business owners who believe they’ve reaped the benefits of Trump’s economic policies. If you’re only seeing Trump through that prism, it’s easy to understand the support.

These are Old Order Amish in Gallia County, the most conservative group in the faith. They don’t drive cars. They shun technology. Therefore, they don’t experience all the vitriol, angst and anger on the networks and social media about Trump and this election. They couldn’t care less what Trump is tweeting about.

And perhaps the Amish are better for it as the rest of us have a hard time escaping the Facebook squabbles and screaming pundits this election cycle.

“The best thing the Amish don’t have is a TV,” said Roy Miller, an Amish furniture maker. 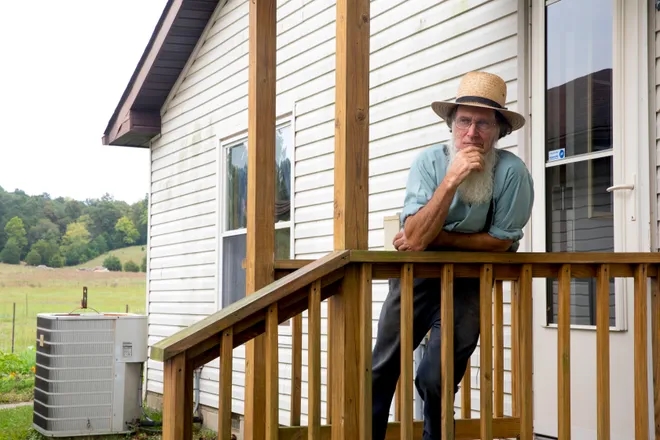 Amish do get information from other sources. And they seem to evaluate the president at least in part by their businesses’ recent performance:

The Amish aren’t fully oblivious to the election noise. They talk to “the English” at the produce market and Walmart. Some of them read the local daily newspaper. But what matters most, they say, is how their businesses are doing.

Paul Byler has run a produce stand and fertilizer shop since 2002. Allen Hostetler grows produce on my family’s old farm and sells it each week at a local market. Eli Yoder builds custom deck chairs. Miller makes outdoor furniture. Others up the road make tarps for covering boats.

“We’ve had the best year we’ve ever had,” said Alma Byler, 20, who runs her father’s produce stand. “We don’t vote, but (Trump) does so much for his country.”

Miller said he’s having the best two-month run of business since he started the furniture business out of his barn 11 years ago.

I found this amusing:

“Ninety-nine-and-a-half percent of (Amish) I talk to like Trump,” said Paul Byler, a father of 10. “I know one guy who doesn’t want to talk about it.”

Might that one guy be a Biden supporter? Or perhaps he’d simply like nothing to do with politics.

While this article mainly focuses on the business appeal, based on other accounts, the appeal goes further than that. More from Byler:

So if they like him so much, why aren’t the Amish in this little settlement voting – like other Amish are expected to do?

The reason the Amish don’t vote is as simple as their lifestyle: They don’t expect anything from the government. It’s been that way for generations. The Amish pay income and property taxes. Everyone I talked to said they returned their coronavirus stimulus check.

Hostetler, 72, has voted one time in his life. It was on a local ballot initiative.

“If we don’t take any subsidies, then why should we vote?” Byler said. “We still pray for the president. Every day.”

This position that we see here in a smaller, “slower” community, probably aligns with that of many, if not most, Amish today. Read the article in full here.

Leave a reply to Amish in Gallia County, Ohio: We Don’t Vote, But We Like Trump