Amish & COVID: “Of course we got herd immunity”?

I saw and was sent a story on the Amish, COVID, and specifically herd immunity, and I wanted to share a few thoughts on it. It is an interesting report which I learned a few things from – but I’ve also got a few issues with it.

Do Amish communities have herd immunity?

So we heard stories sharing beliefs that certain Amish communities had reached herd immunity earlier this year. In this video for a program called Full Measure, reporter Sharyl Attkisson visits Lancaster County to learn more about the local response, and get some more info on how the community approached coronavirus, and what the herd immunity claim is all about. There is a transcript here.

The question of whether or not Amish have reached herd immunity is mainly based around a belief that many if not most of the Amish, in certain communities at least, have already contracted COVID and developed antibodies.

For example, in May, a health administrator in Lancaster County estimated that up to 90% of local families had had at least one member infected. However, there is not really any hard data or research – at least not that I’m aware of – that backs that up (which doesn’t mean it’s not true, just that no one has done a hard study of it yet, which actually kind of surprises me).

Two views of the Amish approach

Attkisson interviews two sources – Calvin Lapp, and Steven Nolt. Calvin Lapp is described as “Amish Mennonite” (specific church is not given) so not Old Order Amish, although someone who would presumably be close to the Amish in religious belief and many, though not all, aspects of culture. He also speaks using both “they” and “we” about the Amish, and I believe sees himself as speaking for the Old Order Amish, at least in large part. 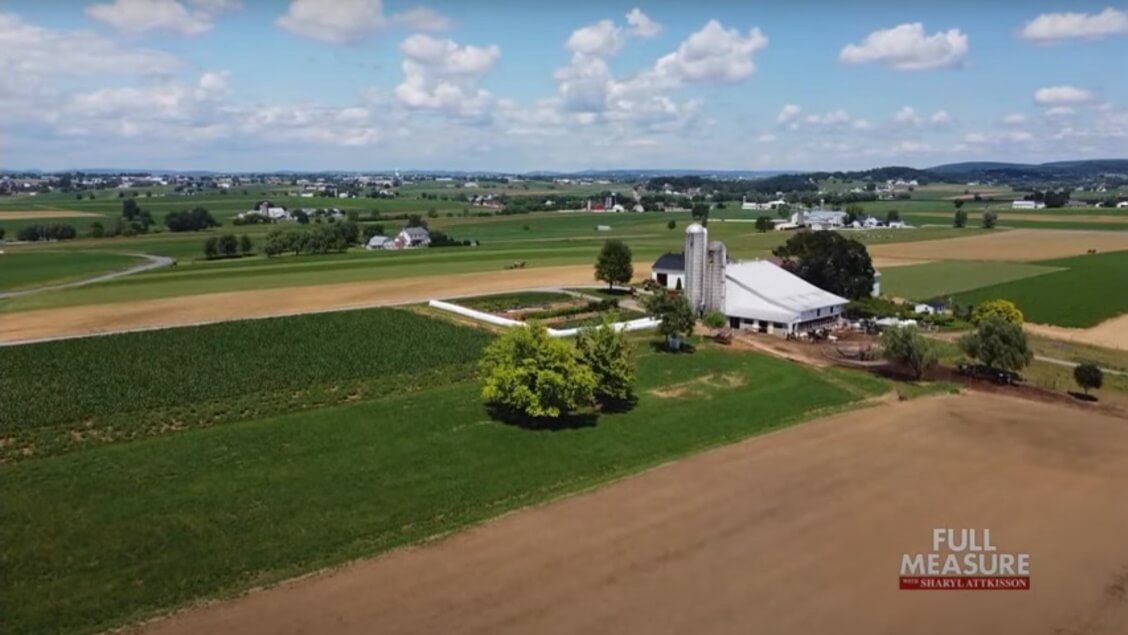 After a short shutdown last year, the Amish chose a unique path that led to Covid-19 tearing through at warp speed. It began with an important religious holiday in May.

Lapp says they weren’t denying coronavirus, they were facing it head on.

Lapp: It’s a worse thing to quit working than dying. Working is more important than dying. But to shut down and say that we can’t go to church, we can’t get together with family, we can’t see our old people in the hospital, we got to quit working? It’s going completely against everything that we believe. You’re changing our culture completely to try to act like they wanted us to act the last year, and we’re not going to do it.

From this we can conclude the Amish greatly value their culture and way of life, and after some time formed opinions on the relative threat of COVID, then behaved accordingly. 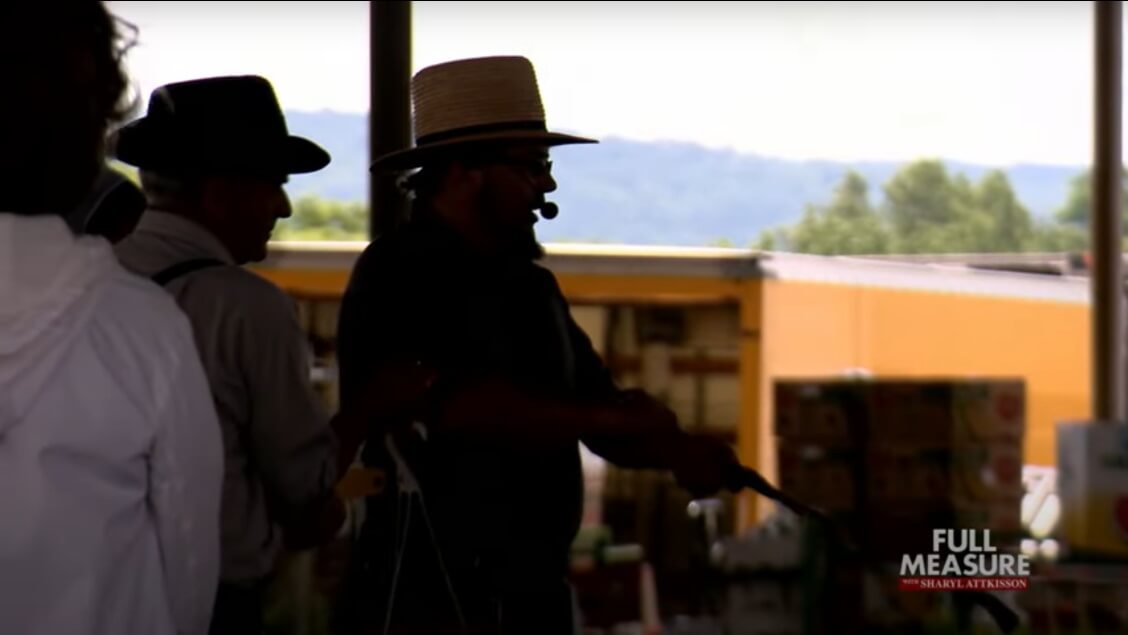 Steven Nolt of the Young Center at Elizabethtown College also gives some insight on why Amish went about things in ways that some English people thought odd:

Nolt: I know of some cases in which Amish people refused to go to the hospital, even when they were very sick because if they went there, they wouldn’t be able to have visitors. And it was more important to be sick, even very sick at home and have the ability to have some people around you than to go to the hospital and be isolated.

Then, last March, remarkable news. The Lancaster County Amish were reported to be the first community to achieve “herd immunity,” meaning a large part of a population had been infected with Covid-19 and became immune.

Some outsiders are skeptical, and solid proof is hard to come by.

Nolt: Even those who believed that they had Covid tended not to get tested. Their approach tended to be, “I’m sick. I know I’m sick. I don’t have to have someone else telling me I’m sick.” Or a concern that if they got a positive test, they would then be asked to really dramatically limit what they were doing in a way that might be uncomfortable for them. So, we don’t have that testing number.

These insights tell you something about what the Amish value – family, and healing in a family context, and the autonomy to maintain control over life decisions. By implication, it also tells you they don’t place the COVID risk as the greatest existing danger above all others.

But there is also this claim that caught my eye:

One thing’s clear: there’s no evidence of any more deaths among the Amish than in places that shut down tight— some claim there were fewer here. That’s without masking, staying at home, or another important measure. [vaccination]

The reason that caught my eye is that I recalled a certain academic article, first reported on in June, having this title: “Closed but Not Protected: Excess Deaths Among the Amish and Mennonites During the COVID-19 Pandemic“. 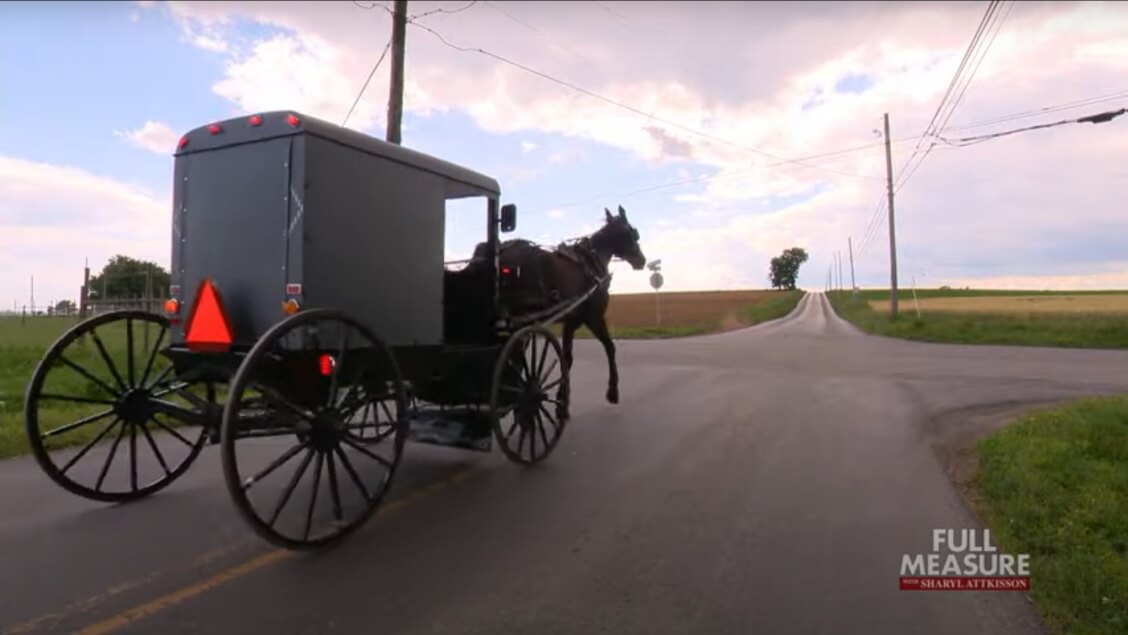 The article abstract summarizes its findings:

So that’s one study, at the least. I’m not sure where this Full Measure report is getting the claim of “no evidence of any more deaths”. If I had to guess, I would guess it’s probably based on something that was heard on the visit to Lancaster County.

*Note: as commenter Ian notes below, I believe I misinterpreted what was being claimed here – specifically the statement above “there’s no evidence of any more deaths among the Amish than in places that shut down tight” which should rather be understood as there not being a greater death rate due to COVID than the rate seen in other places (though COVID likely still accounted for greater sheer numbers of deaths in both types of places). Thanks to Ian.

Bragging about their COVID strategy?

One last thing that struck me: the report really doesn’t note this, but the quotes given by Lapp sound a bit more “in-your-face” than what I would expect most Old Order Amish people to say (publicly, at least). Before I explain, I should say I respect the Amish for doing things the way they judged best. My comment here is more about style I suppose.

To be frank, it comes off like he’s boasting about their approach to facing the pandemic. There is also a comment on money-making during the pandemic which also felt odd, or at least not in great taste (it might have been part of an internal joke, though it’s not clear by the video or transcript).

These sample quotes show you what I mean:

Lapp: Oh, we’re glad all the English people got their Covid vaccines. That’s great. Because now we don’t have to wear a mask, we can do what we want. So good for you. Thank you. We appreciate it. Us? No, we’re not getting vaccines. Of course not. We all got the Covid, so why would you get a vaccine?

Lapp: We have this joke: when everybody else started walking, we started running. We made more money in the last year than we ever did. It was our best year ever.

Now, I have – at times – heard Amish people talk in ways that sounds judgmental of the English before, for example, about the choices non-Amish make about what we expose our children to, and so on. And for that matter, I can’t say I blame them for having those views, many of which I agree with. 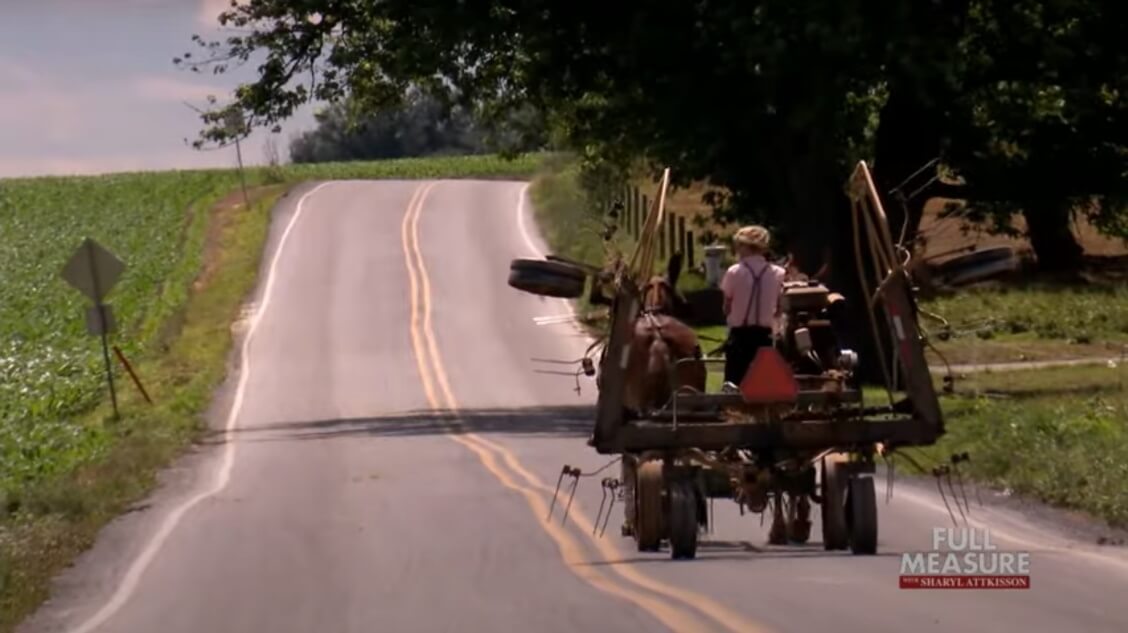 I don’t write this to give Calvin Lapp a hard time, but it just struck me as kind of odd that he was the only source here from “the community” (Steven Nolt being the academic source). If he’s presented as a spokesperson for the Amish, as he seems to be functioning here, it frankly gives off a smug, even arrogant vibe that I’m not sure is the best way – or rather, not an especially Amish way – to deliver it. Or, let me put it this way – it’s certainly not anything that could be described as “humility”, a bedrock concept for the Amish.*

Attkisson also adds this comment to drive home what Lapp, the purported representative of “the Amish”, is saying here: “Did the Amish really find a magic formula? They say yes. And they don’t care who doubts it.”

*I should also add, it’s possible that Lapp made further comments that tempered these comments with more humility, but that they were edited out. Media tend to do that, to make for a punchier story, or for lack of space. I am only going by what was included in the report.

So which approach is better?

All that said, the question of whether the “Amish approach” to dealing with COVID was “better” will hopefully be judged more clearly in the fullness of time – with the benefit of more empirical studies, less emotion, and more distance from the pandemic.

For now, at the least, I’m not arguing that it was worse here. After all, the approach of much of the world for the year-plus since the pandemic began seems to have largely ignored the concept of tradeoffs, and the other negative and fatal effects that shutting down society to varying degrees will have. People who have delayed cancer diagnoses or treatments will unfortunately be on the wrong side of those decisions, to give one sad example.

Amish at least seem to have taken the tradeoffs – the things they’d give up and what damage it might do to their communities – into serious account. In that way their approach to COVID seems to be consistent with how Amish decide about other things which could have a big potential effect on their communities, like certain technologies.