In an impressive display of craftsmanship, an Amish crew from Ohio recently disassembled then rebuilt a barn in Indiana. An article in the Greenfield Daily Reporter tells us how it happened, and shares some excellent photos of the crew at work by photographer Tom Russo. For those wondering, you can be confident the crew was aware of these photos being taken and were okay with it, just based upon the types of shots we see here. 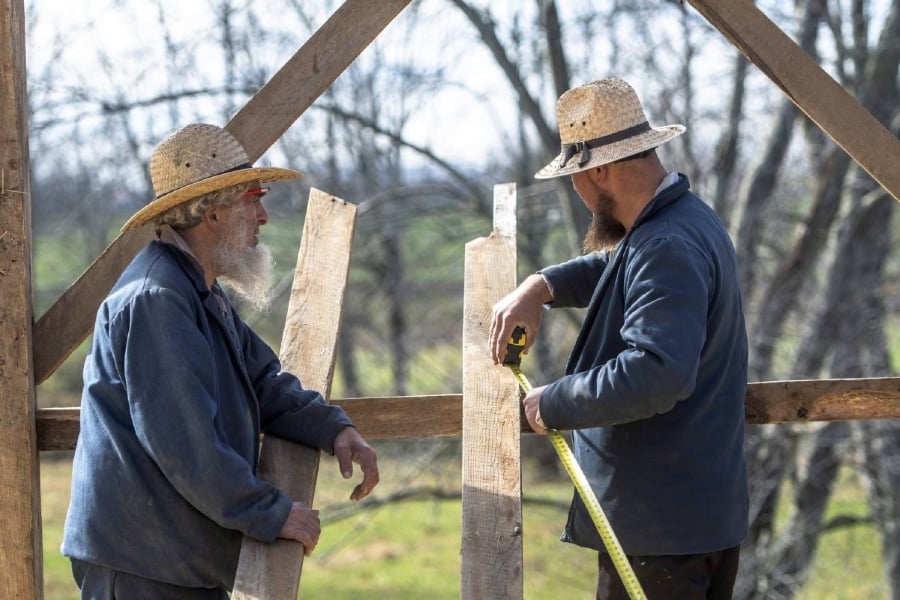 This was done for an English owner who purchased the old barn from a farm outside Fort Wayne. The seller had wanted the barn, which had been in the family for generations, to continue its function somewhere else. The barn made a 95-mile journey to its new home outside Indianapolis.

How did it work?

When dismantling Fout’s barn last month, Schwartz’s crew carefully labeled each piece — attaching a small white numbered tag to each one. They sketched out a map to show how each piece would fit back together.

Last week they arrived to lay out the pieces on the ground of Fout’s property. On Tuesday they reassembled the framing, tying a rope around each section before lowering them into place with a crane.

On Wednesday they once again made the two-hour drive to set the roof trusses into place. 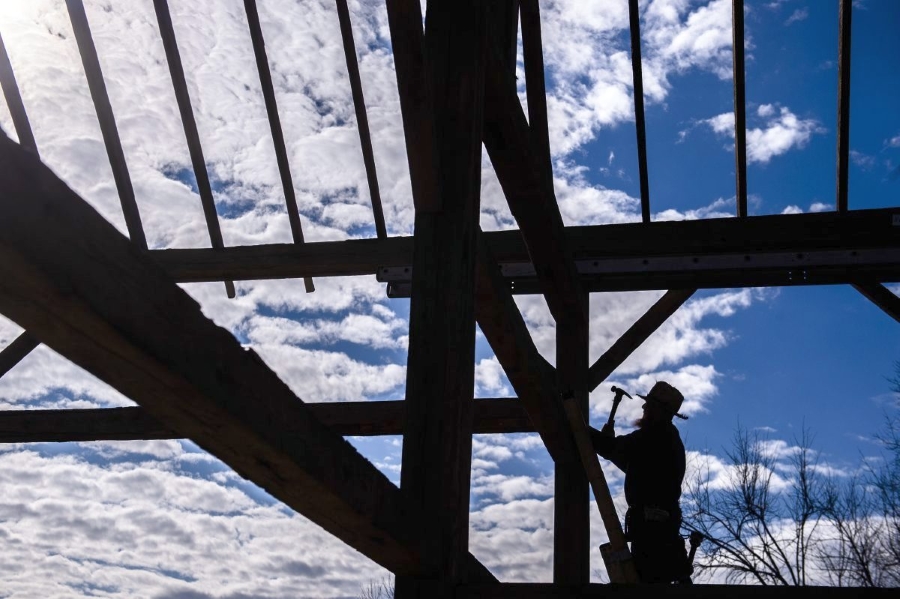 On the craftsmanship and the Amish crew:

“It’s amazing to watch them work,” said Fout, who works full-time as the security manager at Covance in Greenfield.

“They carve each wood stake by hand, whittling them down from a block of wood,” he said.

This was the fourth barn reconstruction project for Schwartz, who owns JB Roofing &amp; Construction in Ohio. He and his crew typically do roofing work, but he loves the chance to rebuild historic old barns, he said.

“I think they’re a lot better, a lot stronger than newer barns,” he said. “These old barns are built with pride; they’re meant to last. They’ll last forever if they don’t leak.” 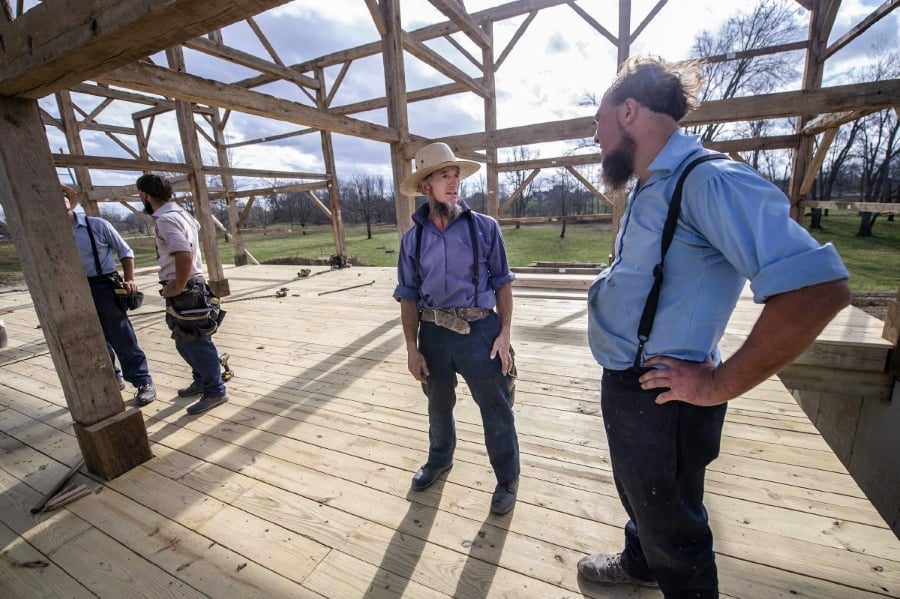 Not only does the heirloom barn continue its existence, the new owner, who is expanding his calving operation, got quite a deal:

Including paying the original owner $4,000 for the barn, the cost to dismantle, transport and rebuild it will cost about $100,000, said Fout, compared to building a comparable new barn for close to $180,000. 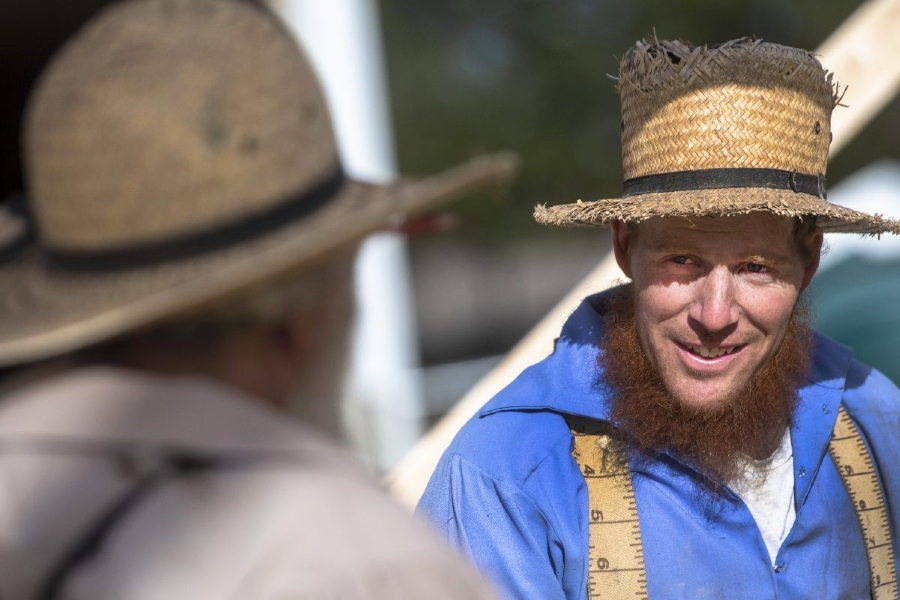 Read the article and see the rest of the 10 photos here.