This article in the Sarasota Herald-Tribune attempts to examine if there are any connections between the behavior of the Amish and Mennonite population of the Pinecraft community, and the area’s high rates relatively high rates of infection. In a nutshell, the conclusion here is: it’s tough to say. You kind of get the feel that the writer wouldn’t mind making that connection, but the hard evidence is just not there. 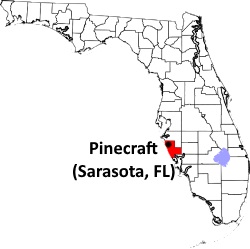 More interesting to me are the bits featuring Katie Troyer, and also the slices of life cited from the Budget newspaper:

A quick stroll around Sarasota’s Anabaptist neighborhood of Pinecraft reveals that many residents here – easily identified by their traditional modest attire – are carrying on as if the pandemic never happened. Early one afternoon, a charter bus full of unmasked northern arrivals debarked outside Pinecraft’s Tourist Church. And, in a time-warp sequence, the passengers paused at an outdoor table to shell out $1.25 apiece for one of the hottest items in town – The Budget newspaper.

And as the weekly publication suggests, indoor activity appears to be on a business-as-usual track as well.

In a Jan. 27 edition of The Budget, published in Sugarcreek, Ohio, a Pinecraft contributor notes that “Over 500 people attended the Tourist Church on Sun. morning.” Added another, “More folks are coming down every week and not too many going north for the time being. … On Thurs. morning there were 50 widowers that had breakfast at Der Dutchman.”

Several mentions of COVID appearing in the Budget are cited, including a note from a writer in Dover, Delaware that “masks are pretty much considered friendlier than an unprotected smile and we are still chaffing under the pressure of it.” 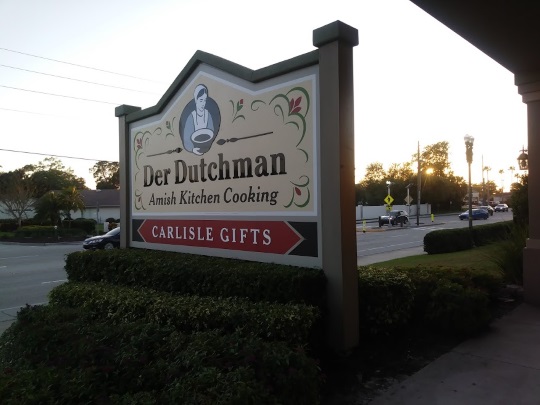 And then there’s Katie. She is a local photographer who was raised Amish, and moved south to settle in the famous Sarasota-area Plain neighborhood over a dozen years ago:

At 40 inches tall, Troyer wasn’t much good with the outside chores on the Ohio farm she was born into, especially when the snow piled up in the winter. As one of 11 children, she was easily overlooked. At age 68, she has nearly doubled dwarfism’s anticipated lifespan. 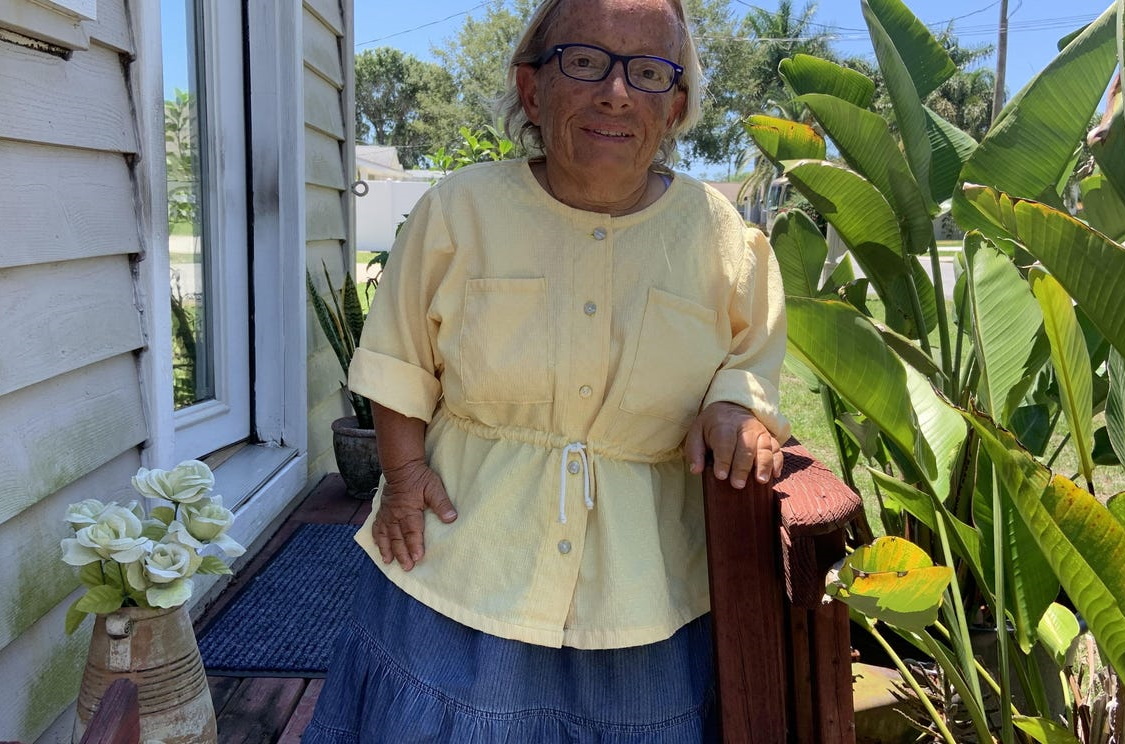 She moved to Pinecraft for good in 2008, to get away from the known world in Ohio, “where everything’s stressed out.” Although she says things like “everybody’s a bit weird down here, so I feel like I sort of belong,” that’s not entirely true, either.

Troyer owns a computer, but has no TV set, and insists she will always be Amish “at heart.” But she doesn’t do much church. “I’m more worldly,” she says. So the first friend she made in Sarasota wasn’t a member of the clan, but a homeless man named Jimmy.

Anyway – COVID-19: Troyer says she knows of just 10 people who’ve been infected. There are three accounts of how the virus got here.

Maybe it was an Amish woman who brought it in from Pennsylvania’s Lancaster County last spring. Others say it was a pastor who went up north for a wedding. Or maybe it was the Sarasota Memorial Hospital nurse who lives nearby and didn’t know she was infected. 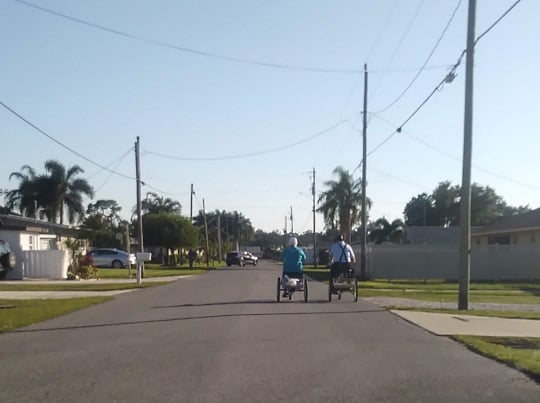 When Troyer has to run an errand indoors, she dashes in and out as quickly as she can; after all, she says, the virus has killed three people here. But not many others take it seriously.