Have The Amish Reached Herd Immunity?

Up to 90% of Lancaster County Plain families have had at least one family member infected with COVID-19, according to a local health center administrator. From Lancaster Online:

Late last spring a COVID-19 wave tore through the Plain community when they resumed church services, infecting an untold number of Amish and Mennonites in Lancaster County.

The administrator of a medical center in the heart of the Amish community in New Holland Borough estimates as many as 90% of Plain families have since had at least one family member infected, and that this religious enclave achieved what no other community in the United States has: herd immunity.

“So, you would think if COVID was as contagious as they say, it would go through like a tsunami; and it did,” said Allen Hoover, an Old Order Mennonite and administrator of the Parochial Medical Center, a clinic that primarily serves the Plain community. 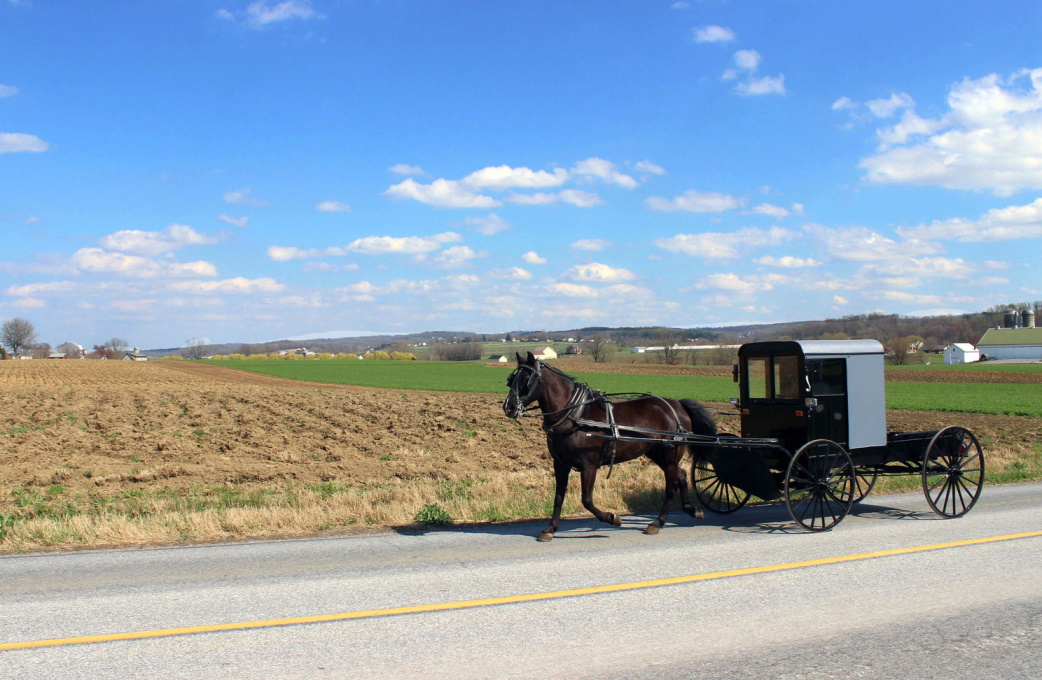 What about the herd immunity question? Several infectious disease experts raise concerns with the idea that the Amish might be protected via herd immunity:

“Herd immunity is only true at a given point in time,” said Eric Lofgren, an infectious disease epidemiologist at Washington State University. “It’s not a switch that once it gets thrown, you’re good. It’ll wear off.”

“You can have a long period where you think everything is OK, but you have this whole population that’s susceptible,” said David Lo, professor of biomedical sciences and senior associate dean of research at the University of California, Riverside.

Lo added, “All it takes is one person who’s contagious to give you this sudden outbreak.”

Hoover, who is a member of the Plain community as an Old Order Mennonite, feels the county’s Plain segment sees itself as outside public health directives – at least in part due to this perception of immunity:

“As a general rule, we want to respect those around us,” said Hoover, who has been the medical center’s administrator since 2004. But because of perceived immunity, Hoover said, the Plain community believes public health directives don’t “apply to us.”

“We should be careful that we’re not the cause of it spreading,” Hoover said.

The Parochial Medical Center is “arguably the largest” center catering to the Plain population, with 33,000 patients. Measuring how many actually had COVID has been difficult, as Hoover explains:

Just how deep into the community the infections spread is impossible to know. Hoover speculated that among those displaying symptoms, fewer than 10% consented to be tested.

In late April and early May, when Hoover said the virus ran unimpeded through the Plain community, the county’s positivity rate — the percent of positive tests — exceeded 20%, its highest of the pandemic, according to Covid Act Now, a nonprofit that provides local disease data. (Last year, the World Health Organization recommended governments use a rate of 5% or lower for two weeks as the threshold for reopening.)

If Hoover’s assessment is accurate, and if more Plain patients had been tested, the positivity rate could very well have been higher.

While so few were tested, many exhibited all the symptoms that have become so emblematic of the disease.

Cooper estimated the medical center saw — on average — nearly a dozen infections a day, or roughly 15% of the patients it serves daily.

Another specialist says that herd immunity in a general population like the Plain community would be “extremely unusual”, but possible. “It would be the first general population in the United States that’s done it,” according to Eric Lofgren, an epidemiologist at Washington State University.

The Parochial Medical Center saw higher numbers of patients in the spring and later again in the autumn.

I have heard something similar about the northern Indiana Amish community (Elkhart-LaGrange counties). The story there is that the Amish experienced two waves of COVID last year: one in June to early July, and a second wave in late October to early November. There is a similar belief there that the Amish community has pretty much been thoroughly exposed, and likewise few if any are concerned about it.

At the Parochial Medical Center, “cases now are rare”. It’s been six weeks since they have seen a patient with COVID symptoms.