The North Carolina Amish community I visited a few weeks ago has a daughter settlement, in Chatham (Pittsylvania County), Virginia.

A friend who visited Chatham this summer estimated around 15 families in the settlement. Janar explained that the settlers chose to move to the new location for its cheaper land, closeness to the original community, and because the settlement at Union Grove had grown too large.

He also observed that the first bulk food store was being built at the time. Well, it looks like that business has opened. 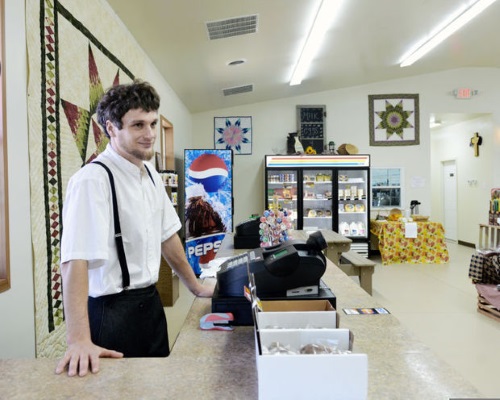 Owner David Miller recently described his vision for Heritage Hill Country Market: “It will be kind of like a destination instead of a drive-by in the country.”

From the Danville Register & Bee article:

Miller said that all of the about 12 families already visited his store. Some items that cater to the Amish customers include cheese powders and bulk goods, he said. He added that his store is the only Amish-run operation in Pittsylvania County.

Some items, he explained will not appeal as much to Amish people. For instance, jarred goods are typically prepared at home in the Amish community.

“It’s not that we’re just targeting the Amish. That’s definitely just going to be a part of our customer base,” he said.

This is Miller’s first business, and it sounds like his community’s first full-fledged store. I wonder if he is taking inspiration from the successful Shiloh General Store in his old community.

Forest in NC adds that there is a Farmer’s Market held on Saturdays at the Route 29 Agricultural Center, with Amish selling produce, baked goods and more.

I also wonder if Chatham will follow the settlement pattern of their parent community. If so then this settlement will probably not get too much bigger, and Miller will need that English business.