With close neighbors Ohio and Pennsylvania home to over 130,000 Amish, you’d think a few people with an itch to move would have looked south or east and considered the Mountain State.

There are some Amish spots on the WV map, but not many–three to be exact. West Virginia is just not as attractive to Amish for whatever reason, especially compared to places like New York or Kentucky, two states where a lot of those potential migrants tend to go.

Despite its small population today, Amish first settled in the state 150 years ago. For close to a hundred years, a small Amish presence could be found in Preston County (which was considered part of the still-existing Oakland, Maryland settlement). 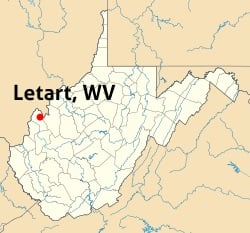 West Virginia did see a couple of new Amish locations arise in the mid-2000s to add to its oldest community, founded in 1996.

Tom Geist recently visited that community, at Letart (Mason County), on the Ohio border. I tried to find this place one time, and ended up getting lost, and I’m usually pretty good at finding Amish communities 🙂  So I applaud Tom for his efforts. Apparently it wasn’t easy for him either. He’s got just a few photos today of a store he visited in this small settlement.

The other West Virginia Amish communities are at Palestine in Wirt County (least populous county in the state), and Forest Hill/Hinton in Summers County (southern end of the state, just touching Virginia).  All of West Virginia’s settlements are one church district in size. 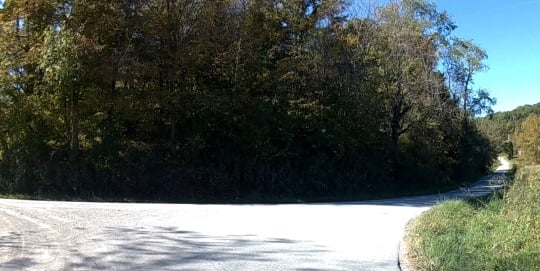 Tom writes: It was a little difficult for me finding Joseph & Katie Peachey’s store in Letart. Maybe it was just the direction I came from, or the main fact that I didn’t have an address for the place before getting there.

It is located at 6587 Lieving Rd…Letart, WV (West Columbia). 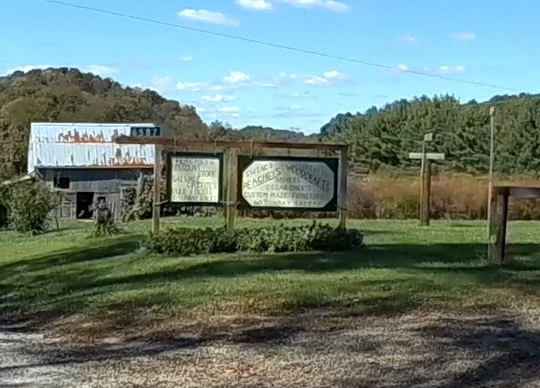 They sell “Bent N Dent” salvage items, some bulk foods, and some wood crafts. It was not a large store but worth the time to stop if you are in the area.

So that’s it–short but sweet.  I don’t know how many readers will make it here, but thanks to Tom for at least a glimpse of another spot on the Amish map.