A danger of depending on appliances and lighting powered by fuels such as propane and natural gas, as many Amish do, is the risk or fire and explosions. An Amish boy has lost his life due to what appears to be propane igniting and causing an explosion and fire in a home in Kentucky. Here’s what happened last week in an Amish home in the community of Crab Orchard in Lincoln County, via WKYT:

The coroner says the house has an attached garage the family converted into what the Amish call a “washroom.” There was a refrigerator, stove, and washing machine in the room, all powered by propane.

The coroner says Kentucky State Police investigators believe there was a propane leak in the room, which came into contact with the flame from a pilot light, which sparked the fire.

One of the children was in the kitchen and saw flames and smoke coming from the washroom. The other children inside got out, but they didn’t realize 7-year-old Jesse Ray Yoder was in the washroom when the fire started. The coroner says Jesse didn’t make it out and was found dead in that room.

The coroner says Jesse was pronounced dead on scene around 5:40 p.m.

The fire quickly spread to other areas of the house and the home is believed to be a total loss.

This photo by Karen Johnson-Weiner shows the fuel tank for a rollable living room light in an Amish home in New York. These lights are common in Amish homes. 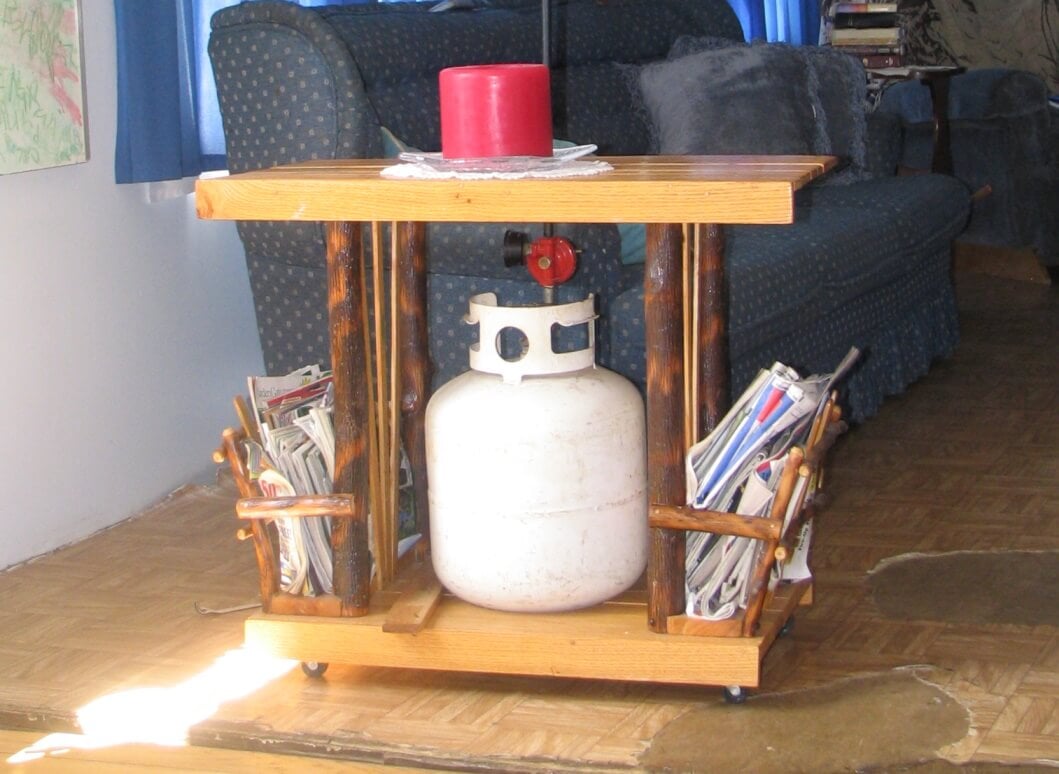 Fires are a hazard of Amish life, and I would think a greater hazard than for the average non-Amish person, given the extensive use of fossil fuels to power lighting and appliances in Amish homes, businesses and schools. It’s a trade-off coming from the choice to live off the grid, and sadly in this case ended up in a terrible loss for this family of eight children.